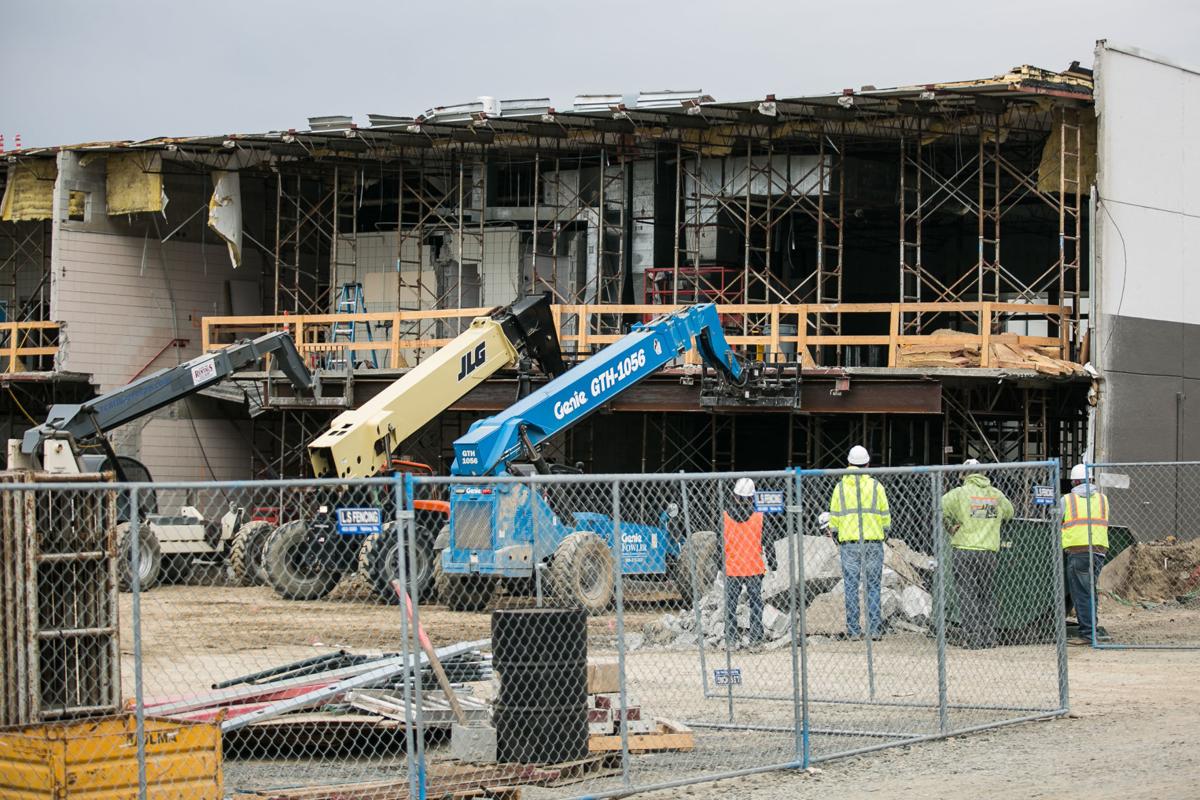 Above: Extendable forklifts support a beam Wednesday after concrete shifted, pictured below, in a building under construction at East Valley High School outside of Moxee. 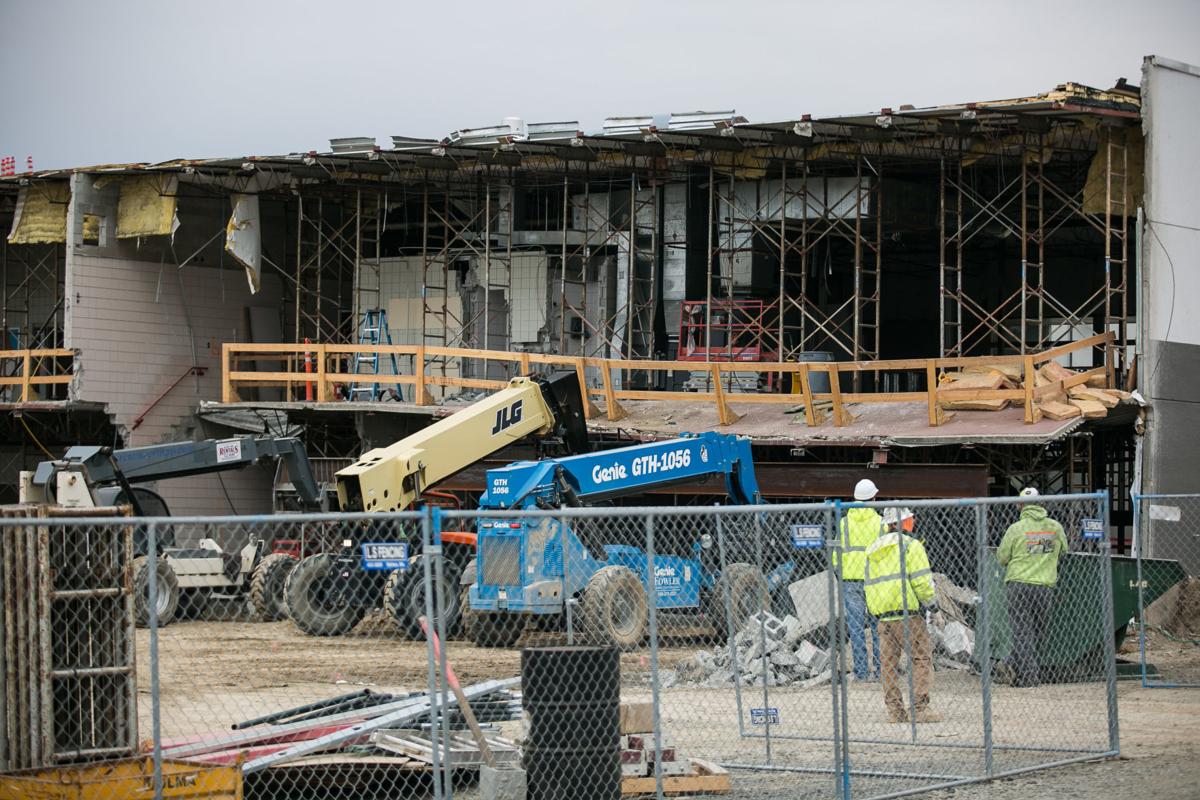 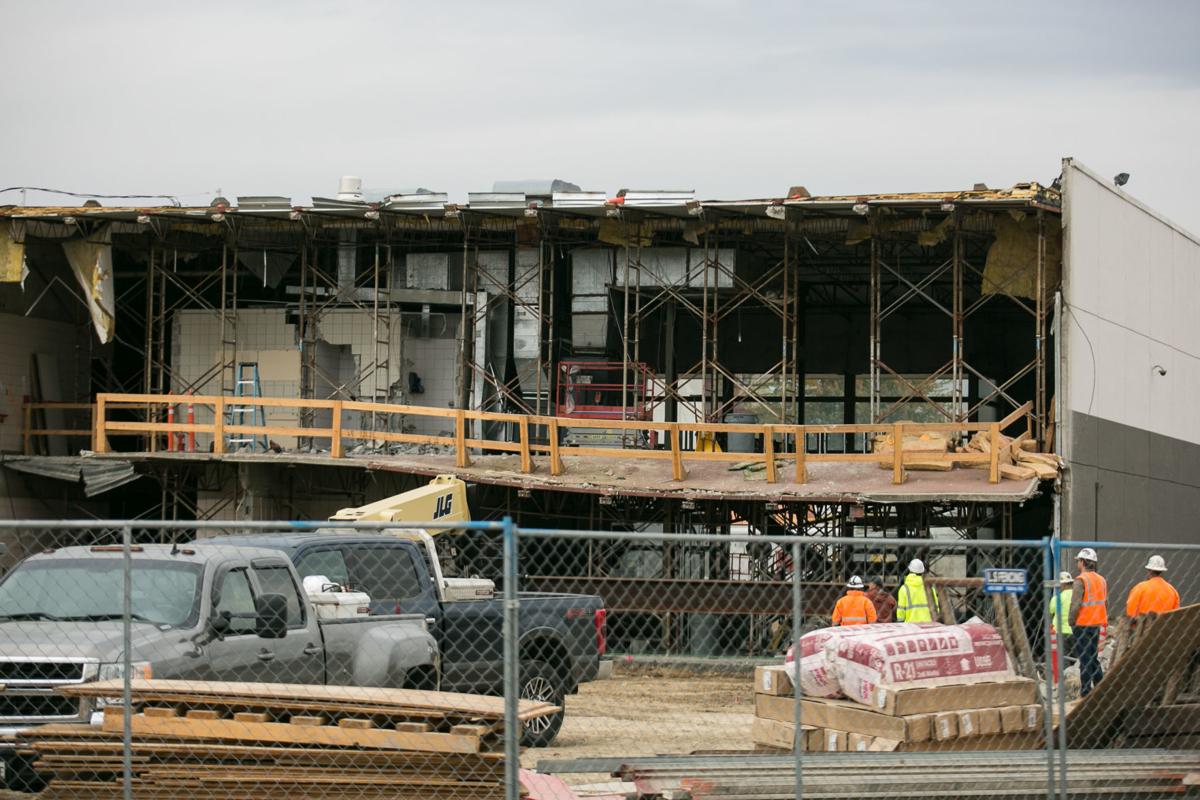 Above: Extendable forklifts support a beam Wednesday after concrete shifted, pictured below, in a building under construction at East Valley High School outside of Moxee.

East Valley High School canceled classes Wednesday and Thursday as a precaution after shifting concrete was discovered on a school building under construction.

After students left campus Tuesday afternoon, shifting concrete on the southeast side of the former high school library was discovered at roughly 3:30 p.m., said Brittany Kaple, district communications director. That part of the building is not occupied or in use during the construction.

The building is a “significant distance” from classrooms used for students and staff, she said, although she did not know the exact distance. School was canceled in response, and supports will be installed Thursday to stabilize the building.

“This is all a precautionary measure. The safety of our students and staff is a top priority to us, so we are making decisions to keep them safe,” Kaple said.

whether school will resume Friday, she said. The high school has roughly 888 students.

In November 2015, voters approved a bond measure for a $42 million expansion and renovation project at the high school. Construction began in March 2018.

A renovated cafeteria and more than 20 new classrooms in the new two-story wing of the school opened this school year. The first day of classes was postponed one day due to construction.

Construction at the high school is expected to continue through the school year. A skybridge connecting the new classrooms to the high school, as well as a renovated gym and locker rooms, new commons, state-of-the-art auditorium, main office and entrance, counseling center and library, are expected to be completed ahead of the 2020-21 school year.

Construction is being done in collaboration between Loofburrow Wetch Architects and Fowler General Construction.

The former school library, where the shifting concrete was discovered, was built between 1978-80, Kaple said. It is slated to be a high school band room when campus renovations are complete.

Part of the building had been demolished already, while additional demolition near the old library was expected ahead of rebuilding, she said. Parts of the building will remain, she added.

Contractors, engineers and architects evaluated the site Wednesday and are set to shore up the building on Thursday, Kaple said.

All other East Valley schools are operating on a normal schedule, as are school activities.

Thursday will be the third day of canceled classes because of construction this school year. Kaple said the district does not anticipate needing to make up the lost school days, but that it is too early in the school year to be certain, keeping in mind potential snow days down the road.