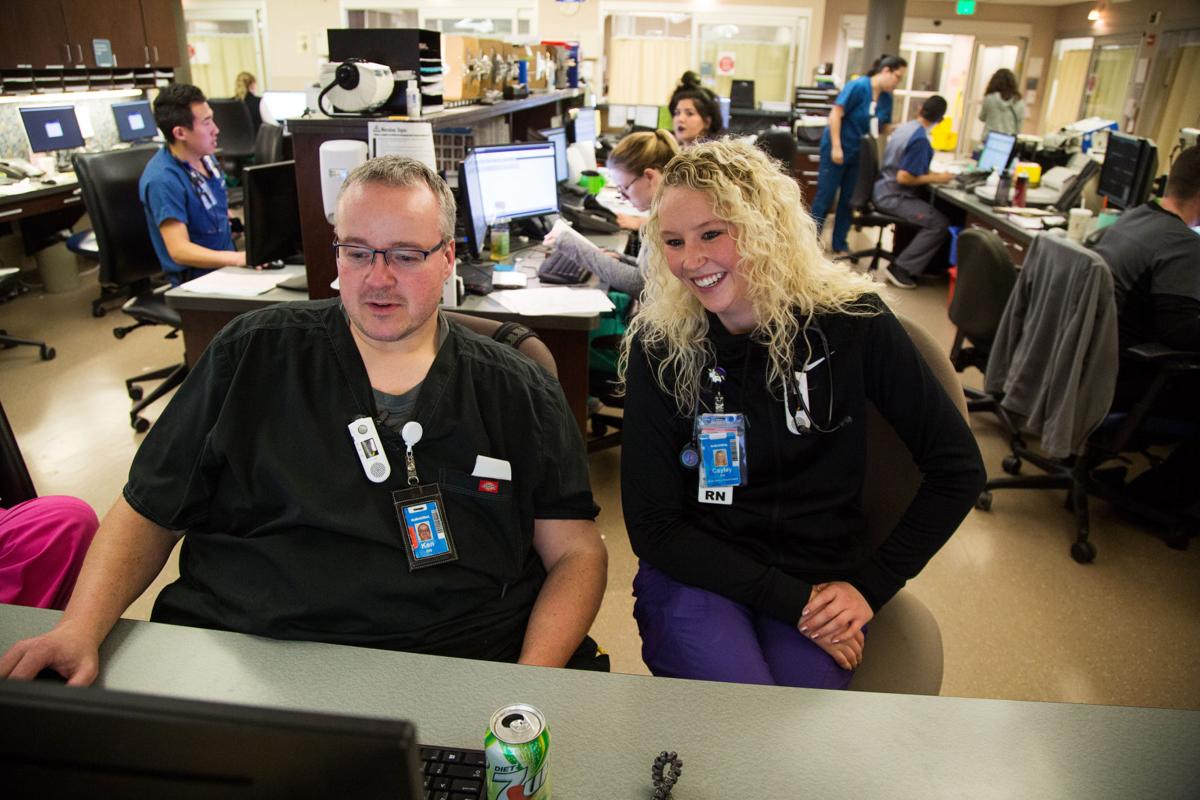 Registered nurses for Virginia Mason Memorial Hospital Ken Mortland, left, Cayley Rishor-Olney work on a patient report during their shift in Yakima, Wash., Thursday, Jan. 18, 2018. Rishor-Olney was a recipient of a Yakima Valley College Foundation scholarship, which helped her pay for a portion of nursing school.(SHAWN GUST/Yakima Herald-Republic) 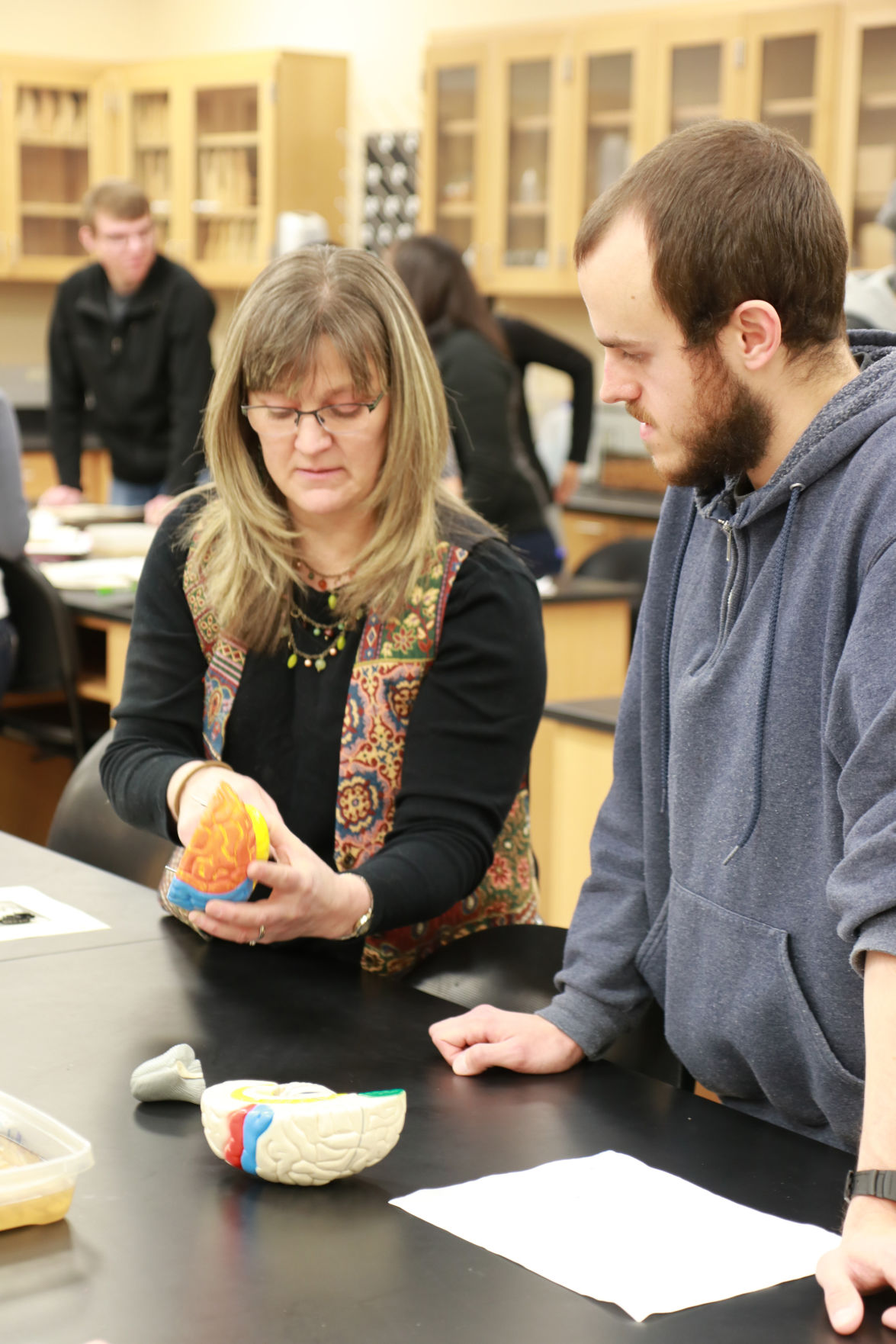 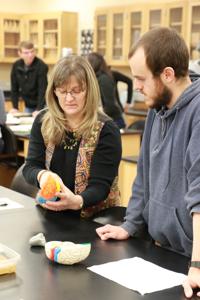 Registered nurses for Virginia Mason Memorial Hospital Ken Mortland, left, Cayley Rishor-Olney work on a patient report during their shift in Yakima, Wash., Thursday, Jan. 18, 2018. Rishor-Olney was a recipient of a Yakima Valley College Foundation scholarship, which helped her pay for a portion of nursing school.(SHAWN GUST/Yakima Herald-Republic)

Cayley Rishor-Olney recalls how hard she worked to put herself through school to become a nurse.

“I would work my butt off to pay for college,” the Selah resident said about her days as a student at Yakima Valley Community College, now Yakima Valley College. Nursing school posed a particular challenge of trying to pay for living expenses at the same time as juggling the demanding training.

The scholarship “made the difference for me to go to nursing school,” Rishor-Olney said.

The foundation, which marks its 40th anniversary this year, awarded $590,000 to 200 students in 2017, which averages to about $3,000 per student. It also provides awards for distinguished faculty and staff members.

While most colleges and universities have a foundation, they are usually administered by the institution. That means their funds primarily go toward the school rather than the students, said YVC foundation President Glenn Rasmussen.

“Ours is totally independent,” said Rasmussen, who joined the board in 1981. “Our emphasis is all on scholarships.”

But through the years, the foundation’s funds grew through donations and careful investments to where it is now — worth more than $12 million, Rasmussen said. The foundation uses interest and dividends from the fund to provide the scholarships, as well as awards for faculty and classified staff members.

The foundation’s largest donation came from the estate of S. Daryl Parker, who died in 2015. His estate donated $1 million, with $700,000 going into a scholarship fund, while the balance was divided between the Parker Youth and Sports Foundation, improvements at Larson Park next to campus, new bleachers at Parker Faller Field and endowing the Sherrie and Daryl Parker Faculty Award. Parker was a real-estate developer and grandson of Yakima businessman A.E. Larson.

The foundation administers more than 140 different scholarships and awards for students. Three board members review the applications, Rasmussen said, and make recommendations to the full board. The board consists of 15 directors and an executive director. In those applications, the students explain what getting the scholarship will mean for them.

Rishor-Olney, a Selah resident, said getting the scholarship meant she did not have to decide between paying her living expenses or paying tuition. With that worry reduced, she said she was able to concentrate more on her studies.

It also honors a member of the faculty and a classified employee each year. The 2017 recipients were Laura Yolo, coordinator of the college’s Upward Bound program for high school students, and Heidi Shaw, a psychology instructor.

Shaw, who received the Robert M. Leadon Excellence in Teaching Award, said it was “humbling” to get the honor.

“It was welcomed and appreciated,” said Shaw, who used part of her $1,000 award to help pay a student researcher for the summer.

YAKIMA, Wash. — A math professor at Yakima Valley College will highlight his latest book during an event Saturday at Encore Books in Yakima.