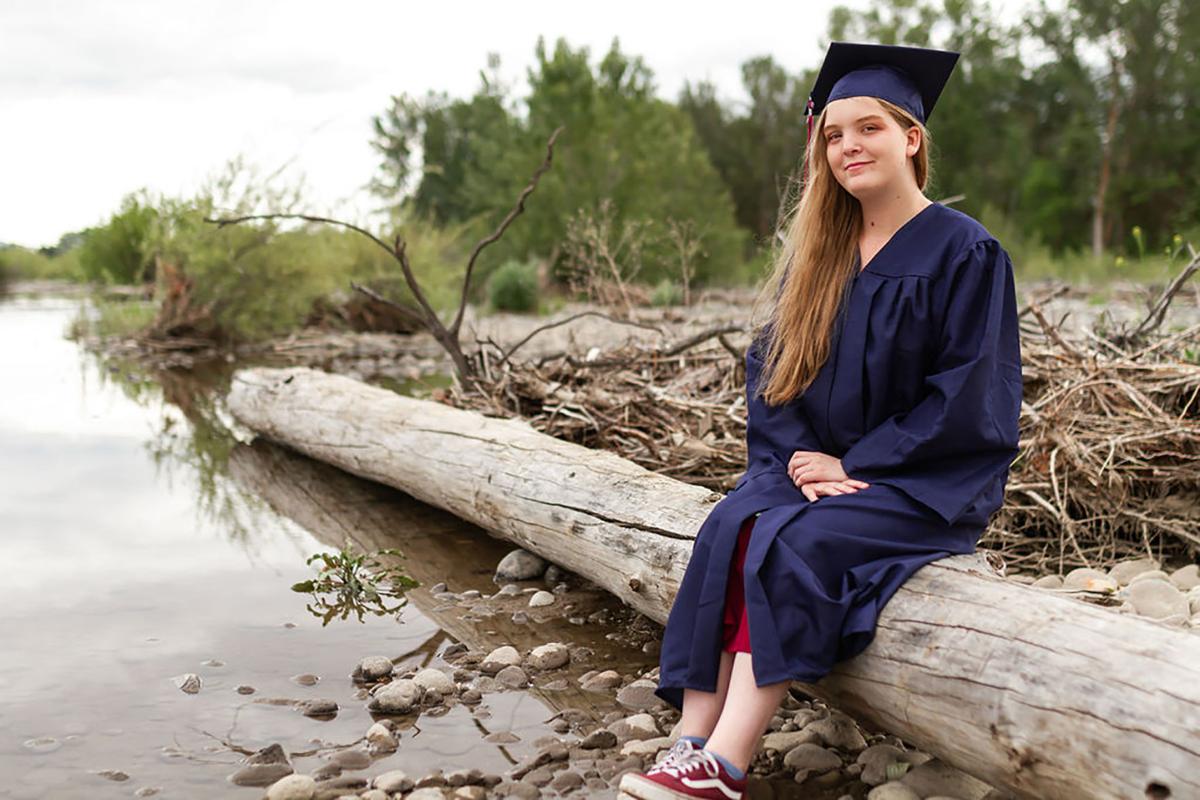 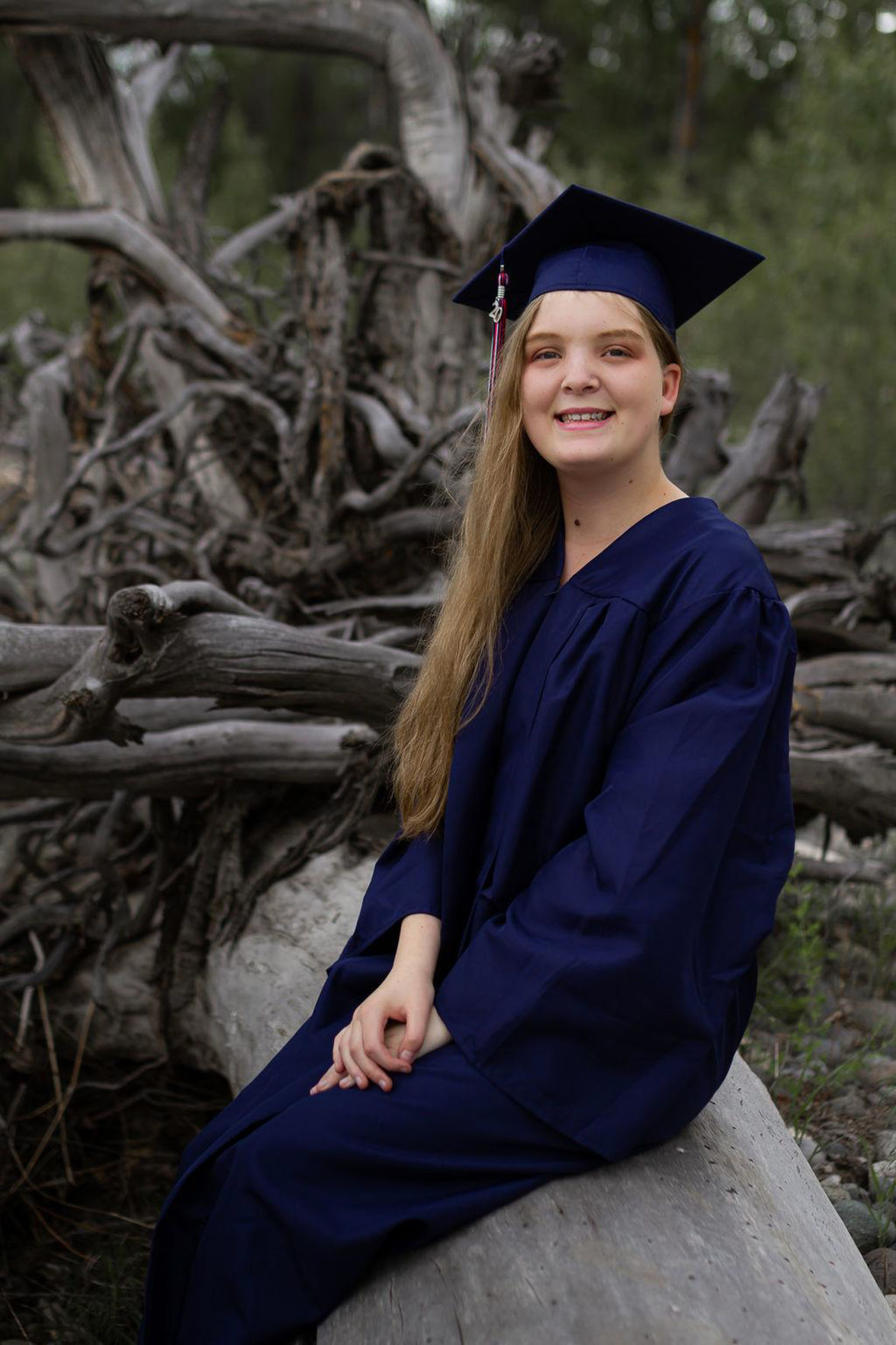 Ashley Rothamel started out her senior year of high school five credits behind the track to graduate this spring. Despite enrolling in credit recovery courses, she was told just before winter break that she likely wouldn’t finish on time, because she had fallen too far behind and had poor grades.

The 18-year-old Eisenhower High School student has faced the challenges of ADHD and autism. She also had been in and out of school as her mom battled severe cases of pneumonia and stage-three breast cancer throughout the duration of her high school career.

But Rothamel said she models her life after her own mom’s resilience. In the final stretch of her senior year, she not only caught up on credits but turned her grades around.

“I went from Fs to As, Bs and Cs,” she said. “I feel powerful, and I want to use what I’ve been through to help other people that maybe have been through the same thing.”

Rothamel said even before her mom’s health issues, she’s been through struggles that disrupted her schooling.

Her parents, Marilyn and Leroy, raised her and three siblings on the eastern edge of Yakima. After she finished kindergarten, they relocated west of the Cascades so her brother, Jorden, could be closer to medical treatment.

Jorden was 11 months Rothamel’s senior and born with bilateral polymicrogyria, making him unable to walk or speak. They were close. Rothamel learned from him to find little pieces of joy in life and to smile through adversity, she said. One of those hardships was his death at age 12.

Soon after, her family relocated back to Yakima. Rothamel said she had a hard time returning home without Jorden.

“It’s been hard ever since, and there’s been other steps after that that made my school years harder,” she said.

Rothamel said she’s not a people person by nature — it takes time for her to warm up to people and build friendships, she said. Still, at Lewis and Clark Middle School, she formed close friendships that lasted through high school and she enjoyed being at school.

As she prepared to transition to high school, she saw a sign recruiting Associated Student Body class leaders for the freshman class at Eisenhower, and she became vice president.

Ups and downs of high school

Rothamel said ASB got her out of her shell. She helped plan a Tolo dance, designed class shirts and formed close friendships with peers and Lori Benoit, her leadership adviser and career choices teacher that year.

Even while she remained dedicated to her role as vice president, Rothamel’s home life was full of stressors. That year, her mom’s health declined, with several bouts of pneumonia and hospitalizations that made it hard to focus on grades.

As a result, Rothamel decided not to carry on in ASB her sophomore year.

“Being pulled away from that kind of changed everything. I found happiness in that kind of group, and when that was away, it was kind of hard to balance myself,” she said.

Her mom — who Rothamel describes as her complementary puzzle piece in life — was diagnosed with stage three breast cancer that December, she said. She was in and out of the hospital with infections. By junior year, Rothamel was regularly spending the night at the hospital with her mom before taking the bus to school, or missing school entirely.

When she was in class, she said content came easily to her and she was able to stay on track. But she couldn’t keep up with the amount of coursework, since she didn’t have a laptop at home.

While Rothamel wanted to be with her mom, she also wanted to be at school. For her, it was a break from the stress of her mom’s health concerns. She said she found peace at school. Friends and Benoit served as a support system for her.

Making up for lost time

When COVID-19 forced school closures, Rothamel initially thought it meant she wouldn’t have a shot at catching up on all the work she had fallen behind on. But when the district distributed laptops, that turned around.

Able to work at her own pace, Rothamel blew through the rest of her credit retrieval work and got on track with each of her senior courses. Her grades rose significantly, and she was able to celebrate her graduation by watching a virtual ceremony with her family at home.

Rothamel said recent years have been a fight — for her mom’s survival and for her own graduation. But their family sticks together and takes it step by step. She recently landed her first job at Walmart, and someday she hopes to attend local nursing school so she can care for others the way she saw her mom cared for in recent years. Whatever her path, she said, she knows she has the strength and determination to persevere.

“I put so much effort and hard work into something, and it’s showing,” she said of her high school accomplishments. “Not just I see it, but the people around me can and can acknowledge that, ‘Oh, no matter what she went through, she made it all the way through.’”

After graduating from Wapato High School in 2010, Esteban Vela wasn’t sure about a career or college. So he tried different jobs and enrolled …