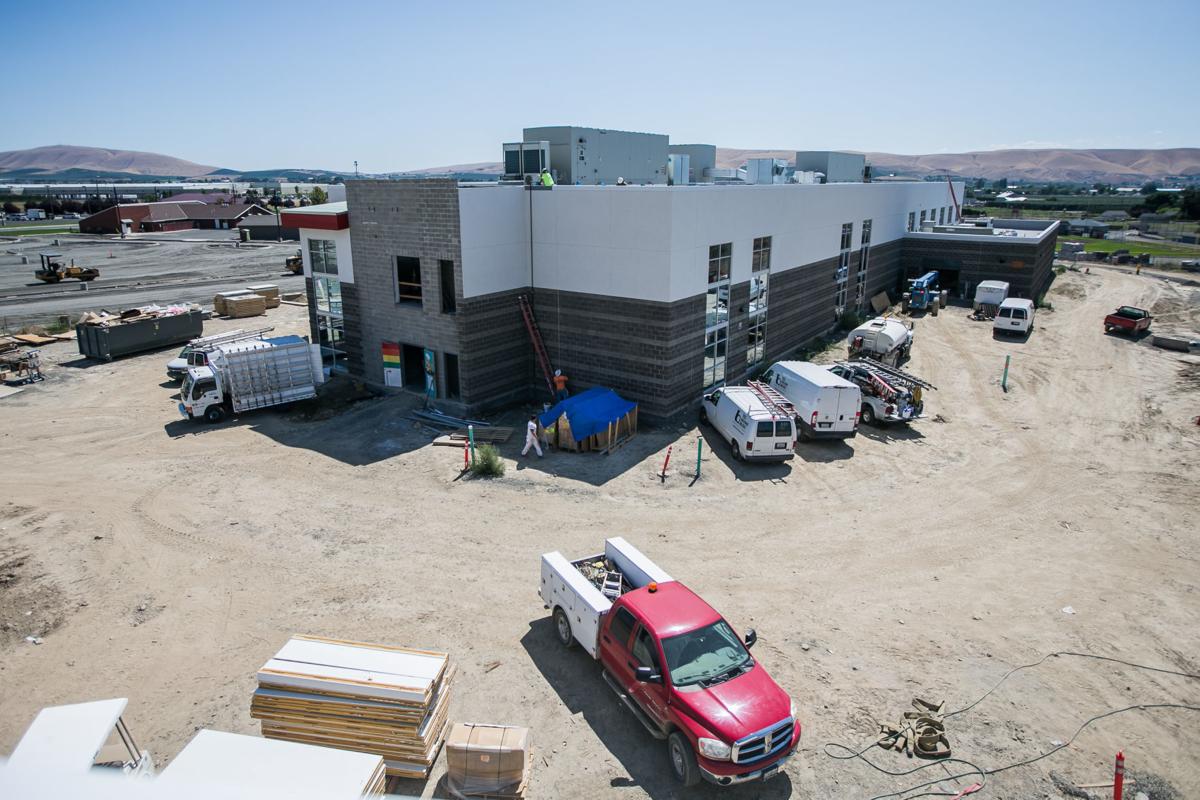 Above and below: Construction continues Thursday at East Valley High School in Yakima. 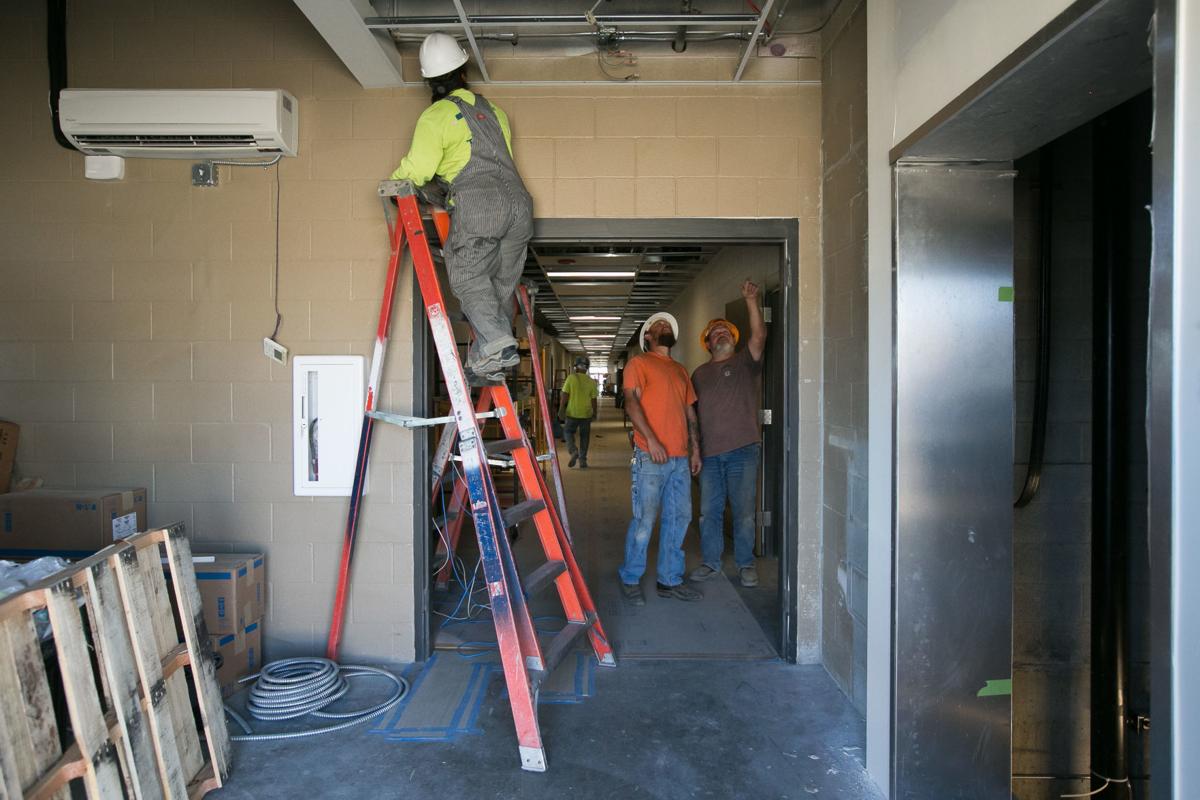 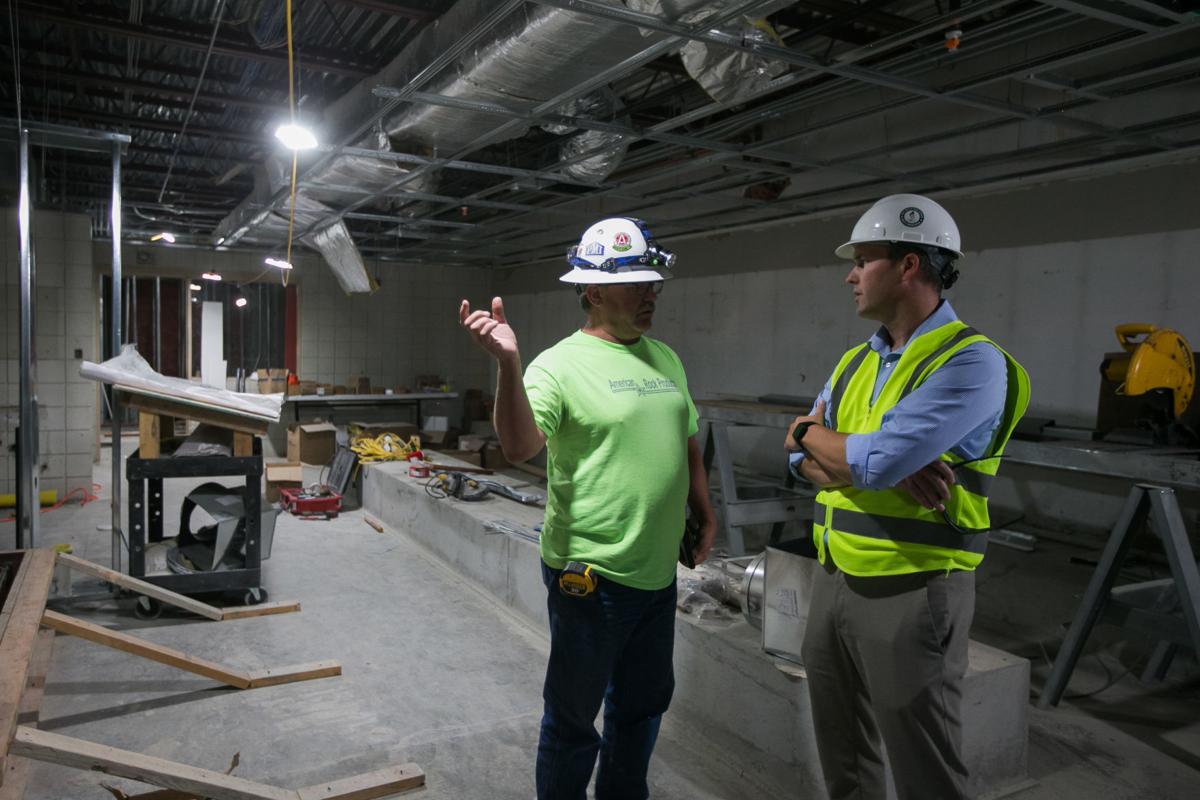 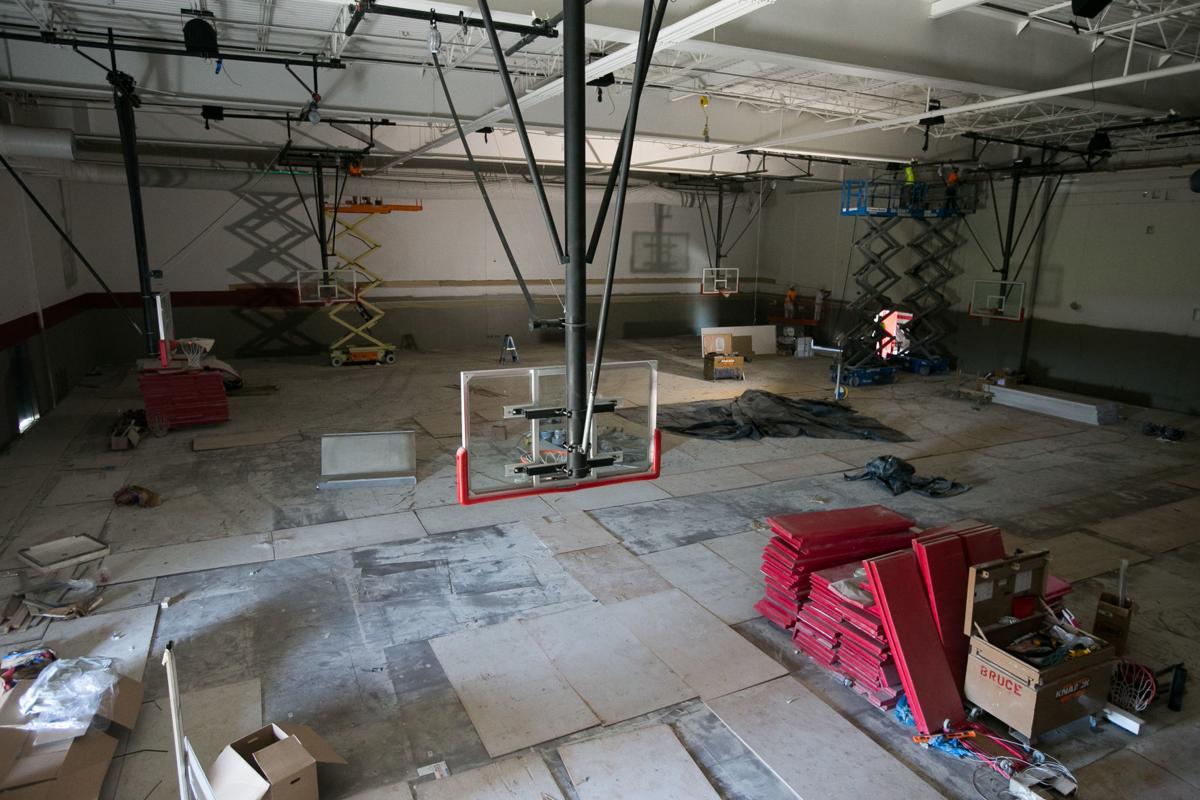 Above and below: Construction continues Thursday at East Valley High School in Yakima.

School construction projects throughout the county are underway and on track with timelines.

Some of the projects will be ready for the start of classes, while construction is just starting on others.

Here’s a roundup of each district’s construction projects and where they stand in the process.

Construction on a $24.5 million project at Sunnyside High School will begin soon, with new classrooms, multi-use learning spaces, athletic building and fields, along with parking, sidewalks, courtyards and access roads in the plan. In February, Sunnyside voters approved a 20-year, $16 million bond measure to be combined with district funds and $6.5 million in state matching funds.

On Thursday, five contractors bid to expand campus parking by roughly 125 spots, said Superintendent Kevin McKay, noting that this was considered “phase zero,” as it’s a small portion of the larger development.

“We’ll start to see some evidence of construction with that parking lot,” he said.

Design plans for buildings are close to being finalized. In mid-October, contractors are expected to bid on the building, and the district hopes to see construction on those begin by November, he said.

The classrooms and fine arts center should be ready for the 2021 school year.

Plans for a new athletic building, track and sports field likely will be impacted by the final price of the building developments, McKay said.

The construction on campus is not expected to displace any classes, he said. So far, “we are moving forward as planned.”

Demolition of Apple Valley and Summitview elementary schools is expected to begin by November, as the West Valley School District moves ahead with plans to replace the overcrowded and outdated buildings. Sidewalk and utility development will begin in February, with buildings to be erected thereafter. One school is expected to be built at a time.

Two 550-student elementary campuses will be identical and are expected to be completed in time for the 2021-22 school year. Schematic designs for the schools have been approved by the board, and blueprints are now being created. The board approved Chervenell Construction of the Tri-Cities as the contractor for both projects earlier this month.

A new Grandview High School is on schedule to be open by fall 2020.

The main structure — including a 453-foot auditorium, auxiliary gym and state-of-the-art classrooms — is complete, according to communications director Elena Olmstead. Cinder block walling is nearly complete and work on applying drywall and painting the interior has begun.

“This year will be the final year that we’re going to have students in our current high school,” said Olmstead.

In 2017, voters approved a $42.2 million bond measure to replace the roughly 40-year-old school. In August 2018, the school board approved a $53.7 million contract with Richland-based Fowler General Construction, which was under the projected budget. Construction began shortly after.

With the project on track, the current high school — adjacent to the new campus — is expected to be demolished next summer before it is turned into school parking and a practice soccer field. The developments are set to be complete in 2021.

The new two-story building will have a much larger capacity, said Olmstead. The current campus was built for about 500 students, while the new campus will be able to house roughly 1,100 to 1,200 students.

As of 2017, the school had over 900 students, according to the National Center for Education Statistics.

“As far as we’re concerned, we’re on track and we’re getting excited about this. It’s becoming more and more real,” Olmstead said. “You can see that big building coming in behind the high school, which is exciting.”

Framing for a new kindergarten building in Selah is underway, and is on track to be complete for fall 2020, Superintendent Shane Backlund said.

“You can actually see the building start to take shape, and everything is on track, which is great,” he said.

The project will separate roughly 275 kindergartners into one building, while roughly 600 first- and second-graders will be housed in another building.

The building is in the design phase right now, said Backlund. Internal conversations with staff will begin next week to get feedback on preliminary plans before blueprints are made, he said. Plans are expected to be approved by the school board in the fall, and a bidding progress will begin in spring.

The project is part of a development to replace John Campbell Primary School, which has 850 students in kindergarten through second grade. In April 2018, voters approved a $45 million bond with a 60.68 percent approval — just above the 60 percent threshold required — to replace what district officials said was an outdated and overcrowded campus.

Construction on the 1-2 grade school is expected to start in summer 2020, and students will move into the new campus in January 2022, Backlund said. Grounds and fields should be completed that June.

Additions to East Valley High School are on schedule to be open for the 2019-20 school year, district communications director Brittany Kaple said.

“We are scheduled to start the school year in the new addition,” she said.

In November 2015, voters approved a bond measure for a $42 million expansion and renovation project at the high school. In March 2018, construction began on the campus, host to just under 900 students.

Ahead of this year’s Sept. 3 start date, the school’s renovated cafeteria, as well as more than 20 new classrooms in the new two-story wing of the school, will be complete. When the project is done, they will connect to the existing campus. By the end of September the renovated gym and locker rooms also will be complete, Superintendent John Schieche said.

Construction will continue throughout the coming school year. By the start of the 2020-21 school year, a new commons, state-of-the-art auditorium, main office and entrance, counseling center and library will be complete.

Voters approved a $14.9 million modernization and expansion bond measure for Zillah High School in February 2016, to be matched with close to $10 million in state funds.

The roughly $25 million project kicked off in January 2018 and is set to be complete in August 2020, Superintendent Doug Burge said.

The district is now in the second phase of the project, he said. This includes additional classrooms, an administrative area, a revamped kitchen, and additional commons space. Burge said the commons area likely would be complete by the time school starts on Aug. 28.

Locker room storage and gymnasium upgrades also are in the works.

When the project is complete, new security measures will have been created, the school’s agriculture area will be upgraded and five to eight classrooms will be added to the campus, he said.

“We’re hopeful that we will be totally completed by the time we start school in August next year, 2020,” said Burge.

A new elementary school to replace the 82-year-old Harrah Elementary School is in the works.

The district has struggled for 30 to 40 years to gather enough funds to replace the dilapidated and overcrowded campus. The school’s more than 550 students in kindergarten through sixth grade are spread across a main building, a converted bus barn and five portables. The portables lack running water, restrooms and reliable heating.

But the district has raised roughly $27 million between a grant from the Legislature, state funds for renovations and the district’s reserve funds.

District Superintendent Curt Guaglianone said in March that he hopes to break ground on the new building within a year, although it is unclear if that timeline is still expected, considering ongoing land discussions. Guaglianone could not be reached for comment as of press time.