You are the owner of this article.
Edit Article Add New Article
You have permission to edit this article.
Edit
Home
News
COVID-19
Yakima Free Press
Sports
Photos & Video
SCENE
Obituaries
Classifieds
Opinion
The Vanished
1 of 5 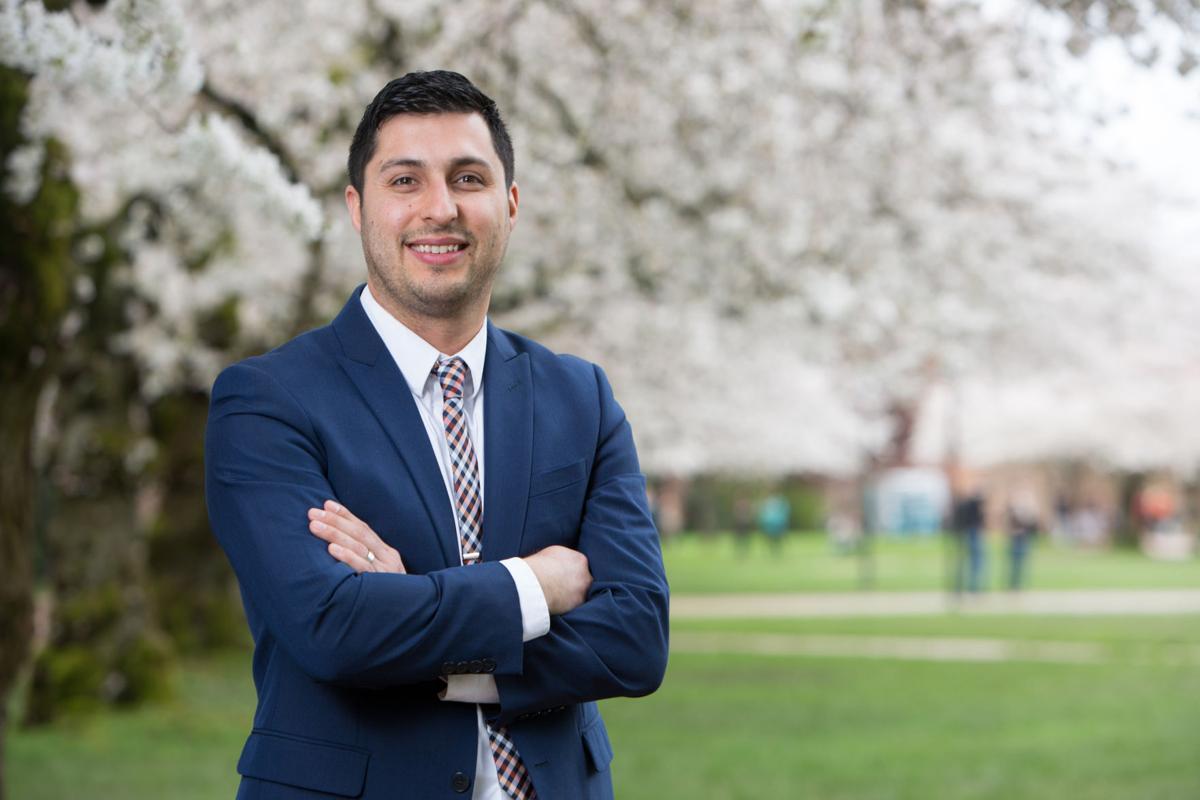 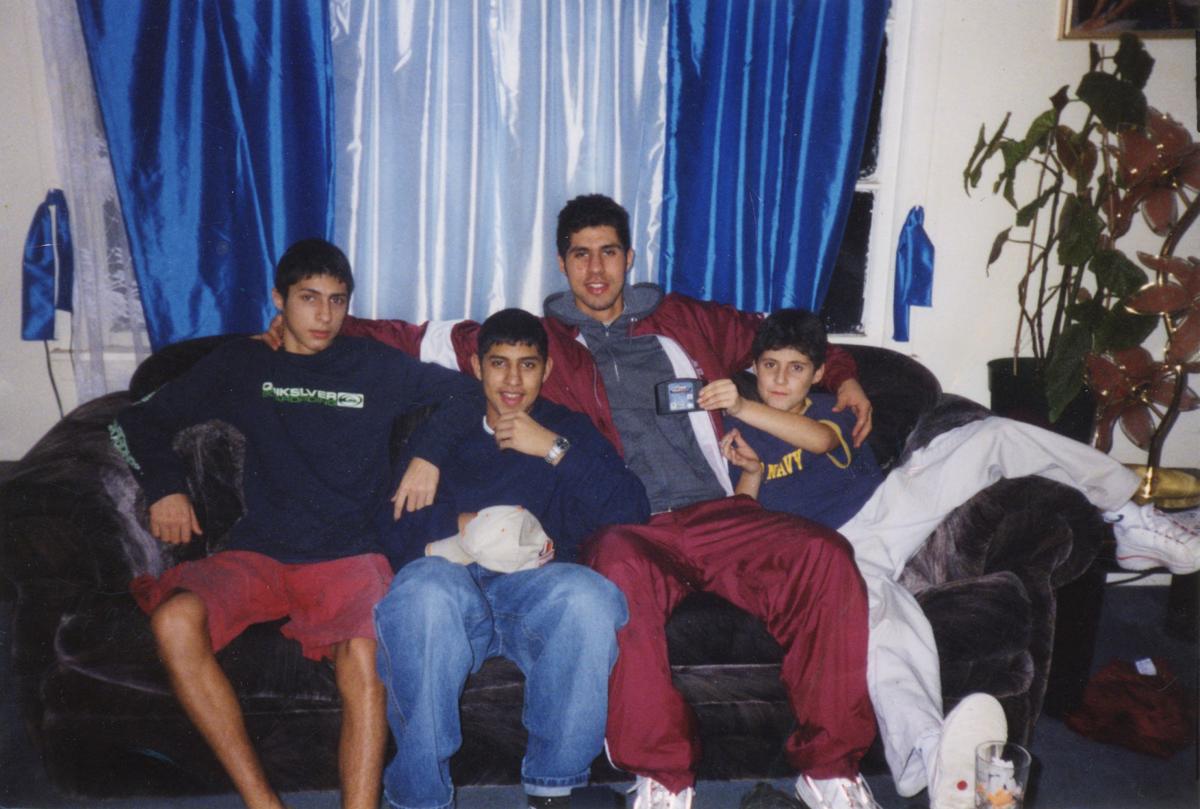 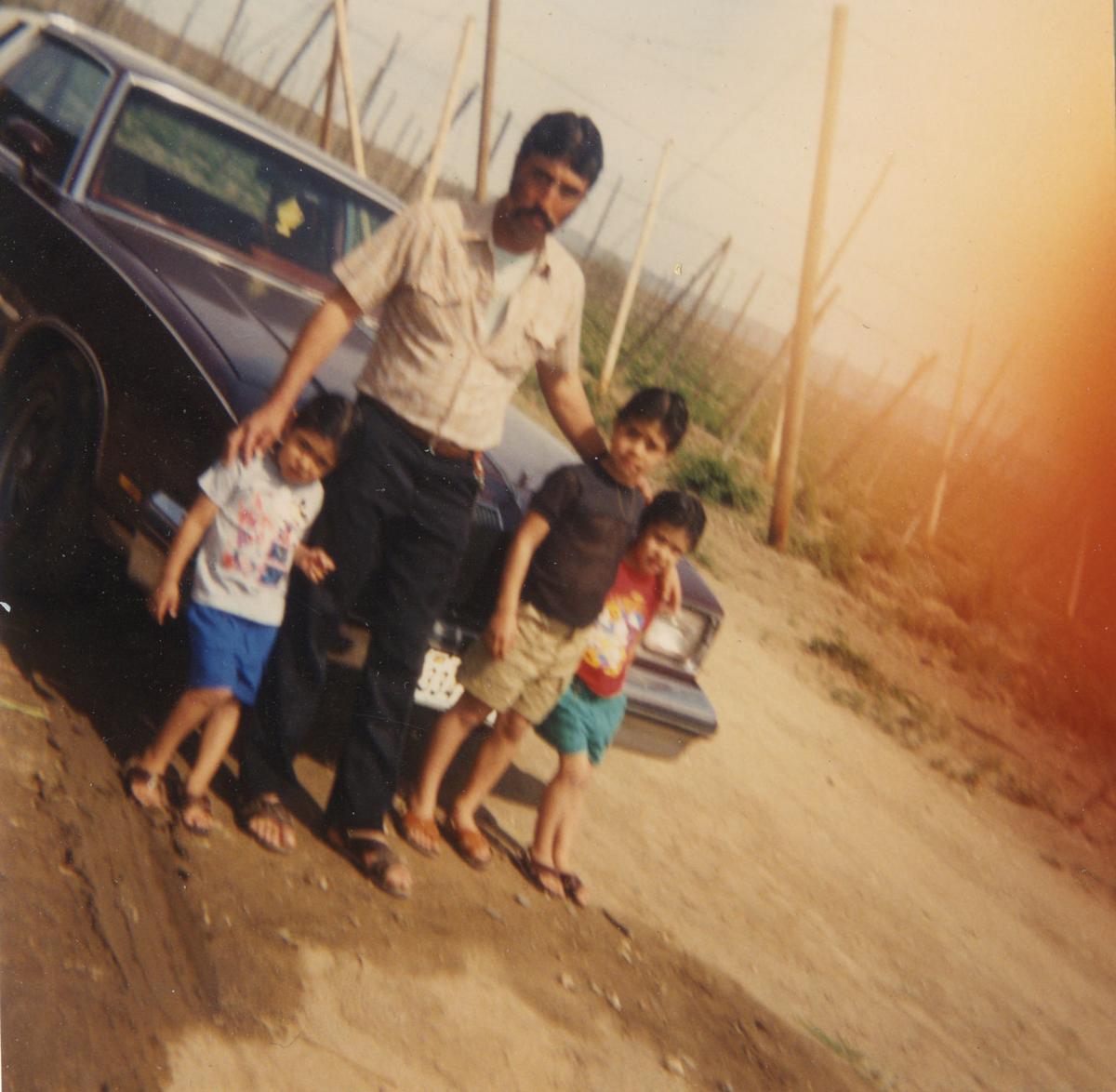 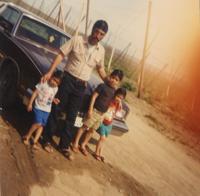 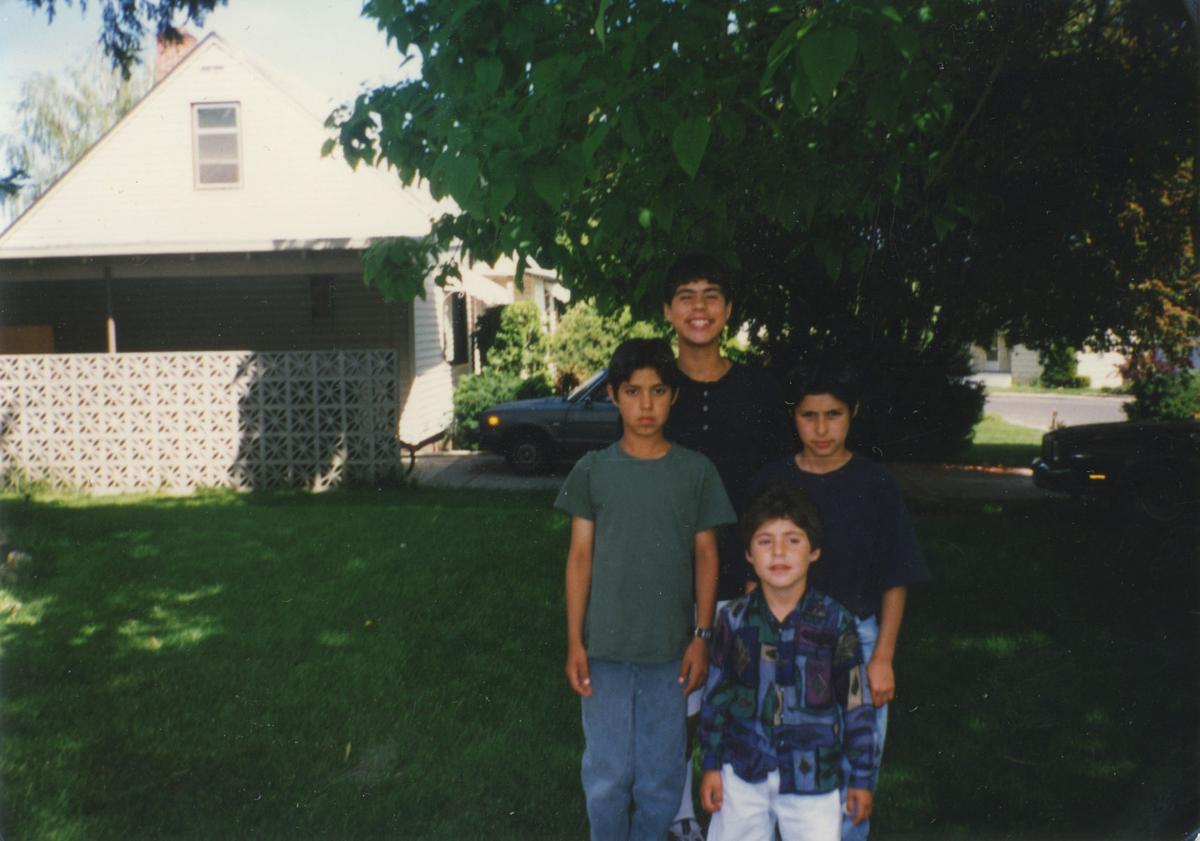 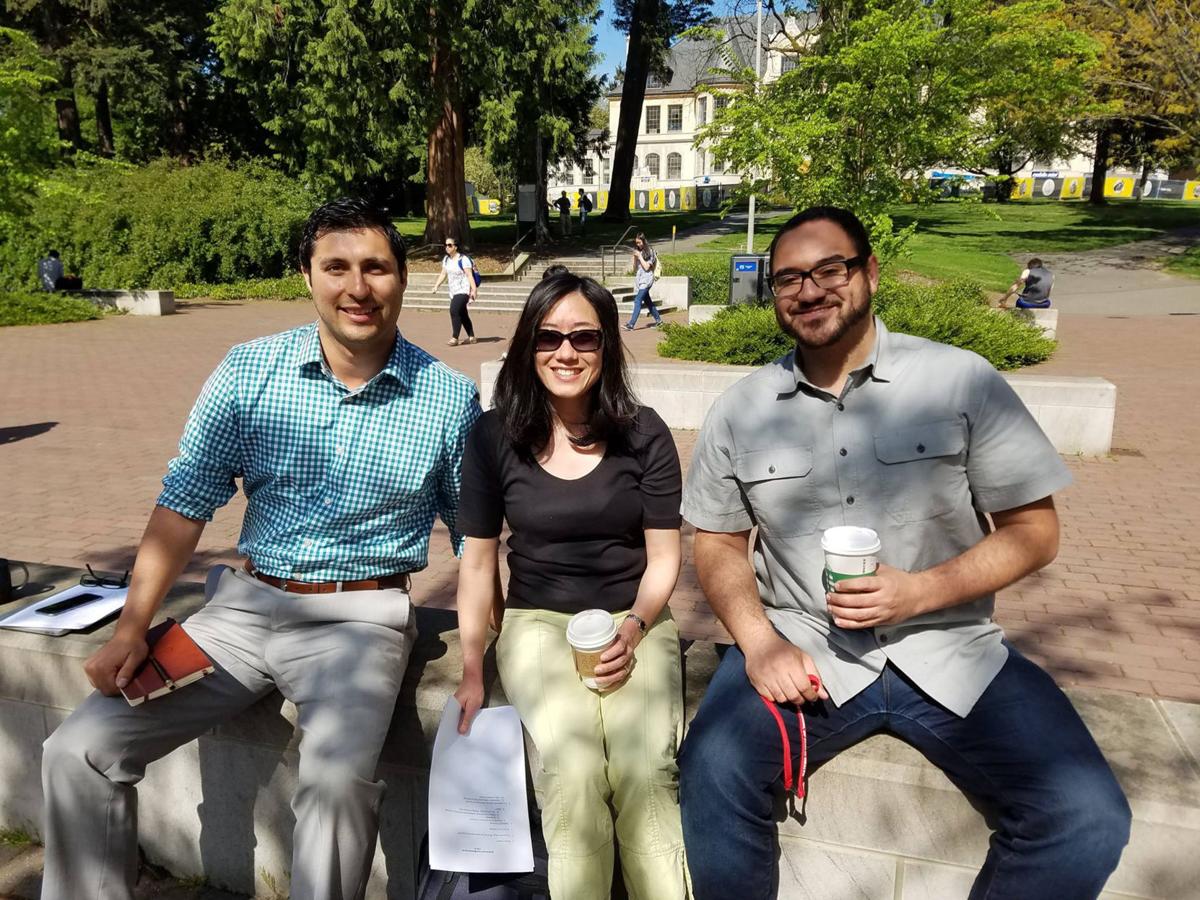 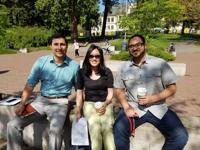 YAKIMA, Wash. -- Growing up, Ismael Fajardo and his three brothers would often wake up early during their summer breaks to help their parents Donaciano and Maria pick cherries at a Lower Valley orchard.

“I would go to work with my mom and dad,” he said. “The one that comes to mind is cherry season. I did that up until sixth grade. I would help pick fruit at the very bottom (of the trees), trying to contribute as much as I could.”

When Ismael was in about sixth grade, his father brought the four children — Ismael, Jaime, Adrian, Rodrigo — in for a talk. To sum it up: he didn’t want them tagging along anymore. He wanted his sons to envision a life outside of picking fruit and working the fields.

“He wanted us to focus our work ethic on our studies and education,” said Fajardo. “For us, that was a pivotal moment.”

The four indeed focused on grades and athletics. In fact, all four of the Fajardo brothers ultimately earned college degrees — multiple in some cases.

Ismael Fajardo graduated from Grandview High School in 2003, then followed it up with associate, bachelor’s, master’s and doctoral degrees, the last two in educational leadership.

Nowadays, Fajardo uses his diplomas and educational leadership experience to research and raise awareness of diversity on college campuses, particularly at his current job with the University of Washington. His background helped shape a career in which he assists students who grew up in circumstances similar to his own.

“Whether it be students at Grandview and the University of Washington or simply family back home, I want to encourage, inspire  and prepare the next generation and the parents of the next generation to see education as a door that opens endless possibilities,” Fajardo said. “I am the proud son of field workers, and I believe that this resonates with, and encourages, other students from similar backgrounds.”

The 31-year-old is a research associate for the UW College of Education. His research has examined the pipeline for underserved students, particularly in the areas of science, technology, engineering and math, or STEM. He also has researched how well students are prepared for college, as well as how they succeed or fail once they get there.

One of his upcoming projects for this fall is the Brotherhood Initiative, a multi-department effort to improve the recruitment of minority males and keep them at the school once accepted. The departments include the College of Education, Undergraduate Academic Affairs, the Office of Minority Affairs and Diversity, and the Division of Student Life.

Twenty-five freshmen students make up the inaugural group, Fajardo said. Those students represent a variety of underrepresented groups, such as Latinos, American Indians and African-Americans.

One of the first students in the program is D’Andre Garcia-Stubbs, who graduated from East Valley High School in June.

“For me, it’s a great way and a stepping stone to help me be successful,” said Garcia-Stubbs, who enters UW as undeclared but is leaning toward education.

Garcia-Stubbs and fellow program students will take a two-credit seminar, taught by Fajardo and others working on the initiative. Topics will include how to research, equity, privilege and politics, along with guidance on picking a major and financial literacy.

These topics are intended to better familiarize students about the college process, as well as point out what has kept some minority students from earning college degrees in the past.

Joe Lott, a UW associate professor of education in charge of the Brotherhood Initiative, said as a black educator he’s always looking for new ways for underrepresented students to succeed in a college atmosphere.

The initiative, he said, is an example of the university promoting a more collective effort across various departments in finding methods to continue ensuring all segments of the population are represented on college campuses.

“Enrollment and graduation rates are low for males of color so we needed to put our heads together and take our time planning something that will be sustaining and change the infrastructure,” said Lott.

Last fall quarter, it was 7,674, a 95-percent increase from 2006. Underrepresented minorities represented 13 percent of the university’s undergraduate enrollment last fall.

However, retention among the underrepresented minority groups lags behind other groups among the three campuses. Almost 91 percent of underrepresented minority students at the main campus returned after freshman year in 2014, but it was still lower than the campus average of 94 percent. The challenge of retaining students is more visible in the smaller campuses — in 2014, about 76 percent of these students returned to the Bothell campus, compared to an 84 percent campus retention rate.

Fajardo said a number of issues arise among underrepresented groups, such as a greater likelihood of developing emotional distress, hitting financial barriers, and developing social isolation. Other reasons for the retention issue include academic performance, fewer faculty of color who can provide mentorships, fewer opportunities in fraternities and potential hostility, he said.

Reflecting the word ‘brotherhood’ in the title, Fajardo intends to bring up the examples of his brothers during the course of the year. His brothers shared the same challenges of first-generation college students that some of the students will.

“My hope is these students become like brothers and can rely on each other for similar information and advice,” Fajardo said.

The Brotherhood Initiative fits in line with Fajardo’s previous work. Before he earned advanced degrees from UW, Fajardo returned to Grandview High School in 2007 as a student academic specialist for the school’s GEAR UP program, which provides supports for low-income and first-generation high school students seeking to go to college.

“I wanted to get more students to think about college and think about being successful,” he said. “I kept thinking about what ways there are to narrow the gap” between underrepresented group college graduation rates and other group college rates.

Fajardo recalls that as a student, very few of his friends and extended family pursued a higher education. Numerous factors came into play, such as going straight into work after graduation, family issues or limited financial means, he said.

When Fajardo returned to Grandview High, only 38 percent of graduates were going to college, said former principal Mike Closner. By the time Fajardo left in 2010, the rate had gone up to 47 percent.

Fajardo wasn’t the main reason but his contributions didn’t hurt, said Closner, now the district’s director of teaching and learning. Increased advanced placement classes and the Advancement Via Individual Determination — a college readiness program available in some schools — also played a role in the increase. High school advisors, meanwhile, adopted a more student-centric approach to parent-teacher conferences and course selection.

Because Fajardo graduated from Grandview and also was a Latino, he better related and connected with the students, said Closner. Like most Yakima Valley school districts Grandview is predominantly Latino. In fact, 92 percent of its students were Latino last school year.

“It’s important for kids to see role models come back,” Closner said. “It can be difficult for kids who come from a non-college culture to see themselves in college. I think each one of (the graduates) makes them believe they can be successful.”

“It was important that he believed that one of the most important keys to success is education,” he said. “It was also important to have role models who encouraged me throughout my academic endeavors, who believed that I could make it this far. I hope to be that role model and encouragement for others, particularly historically marginalized populations in the education pipeline.”