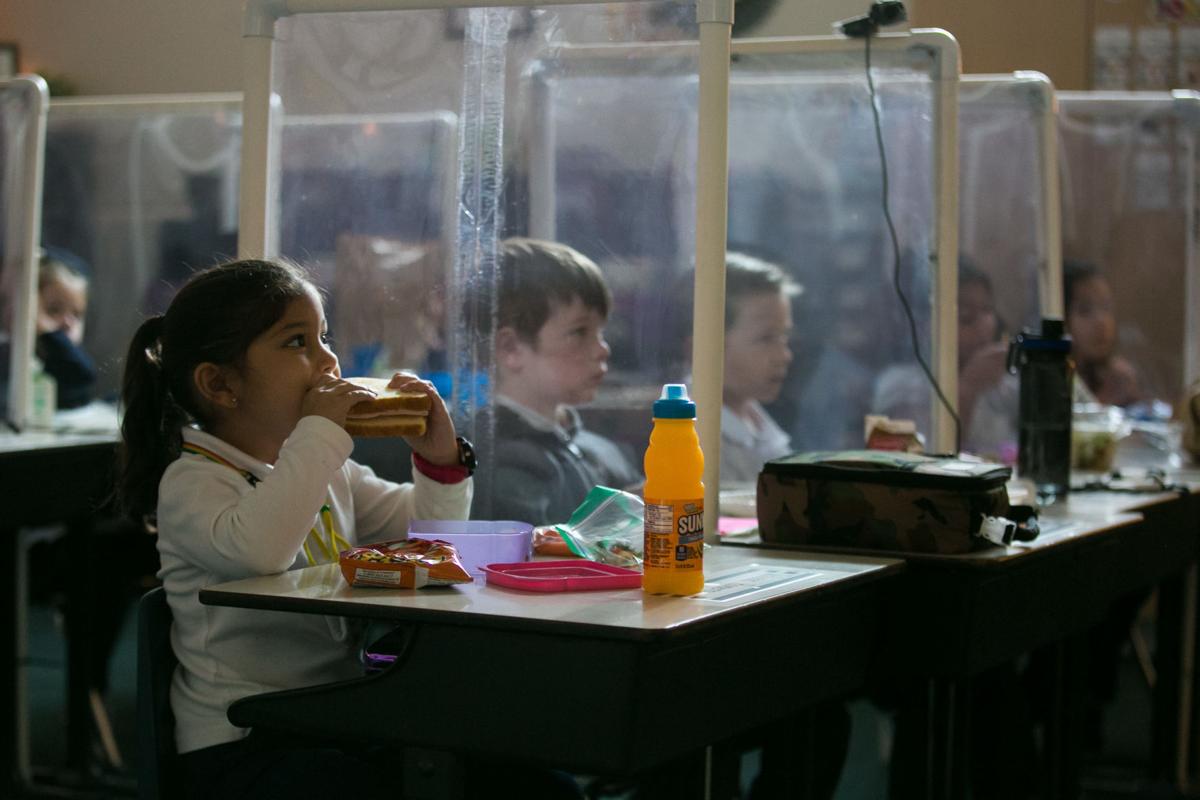 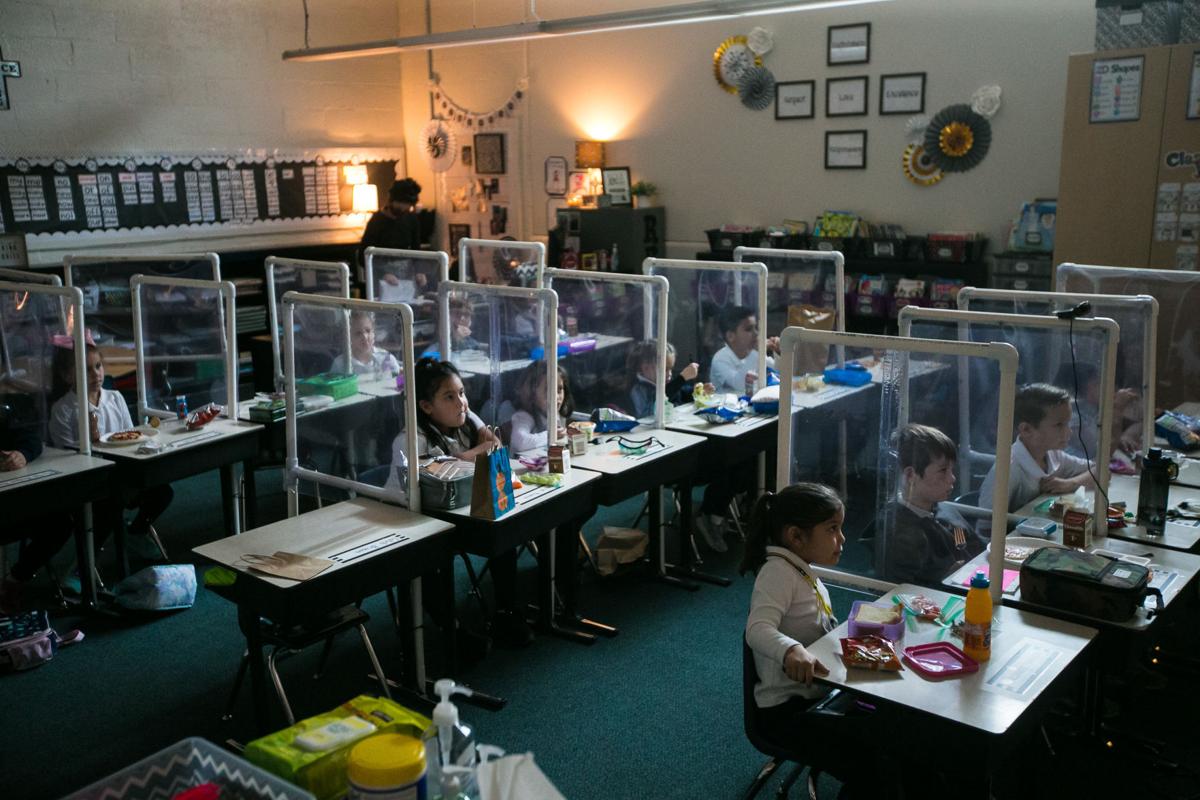 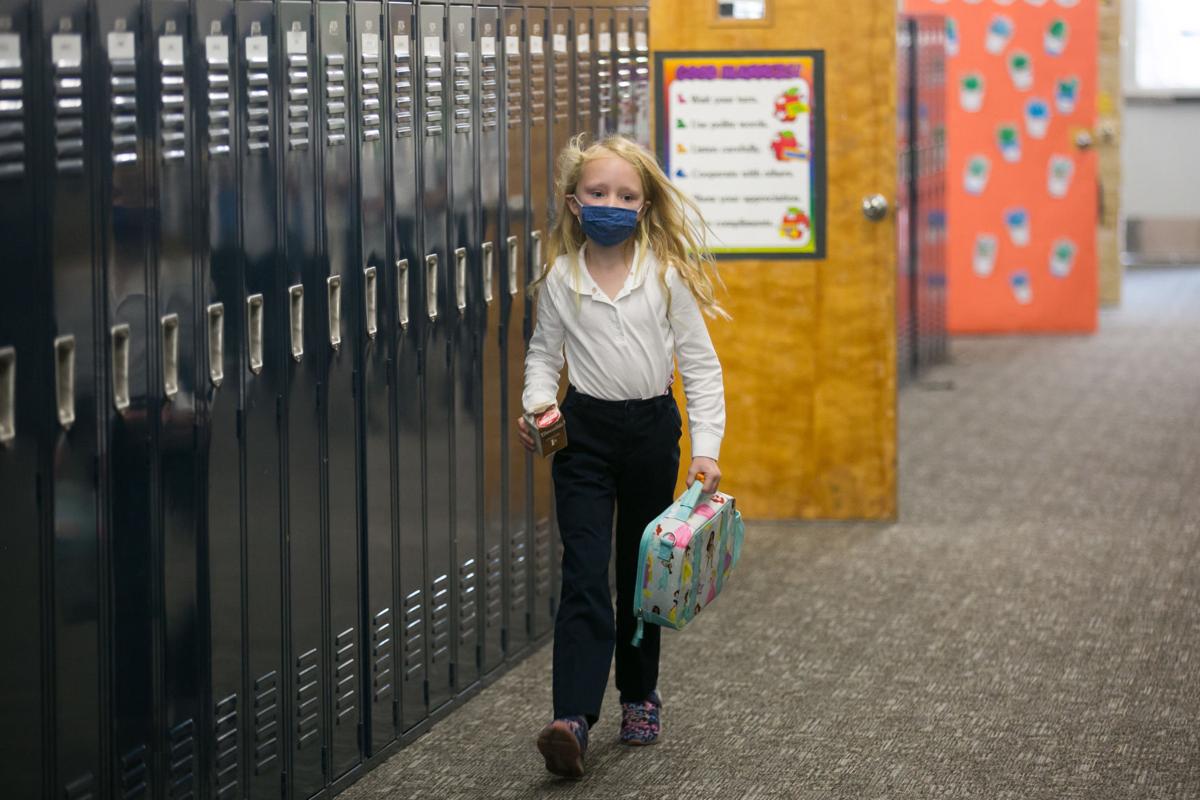 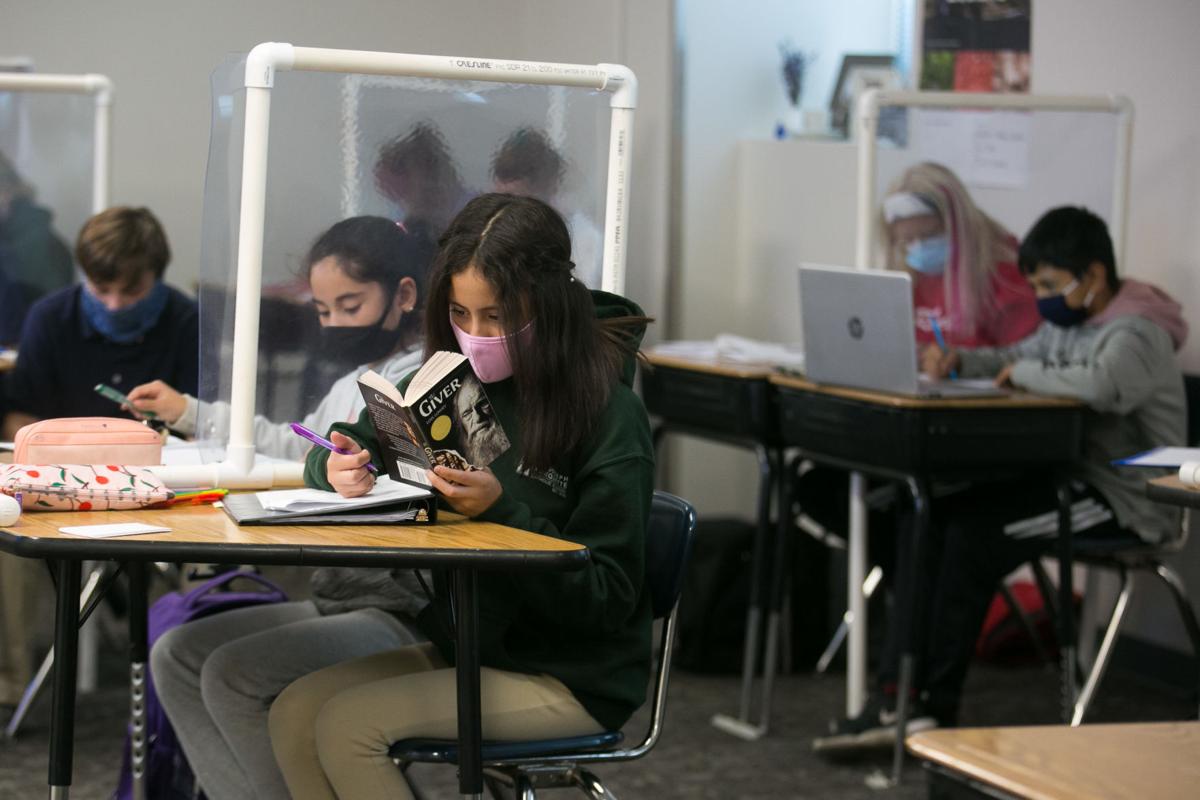 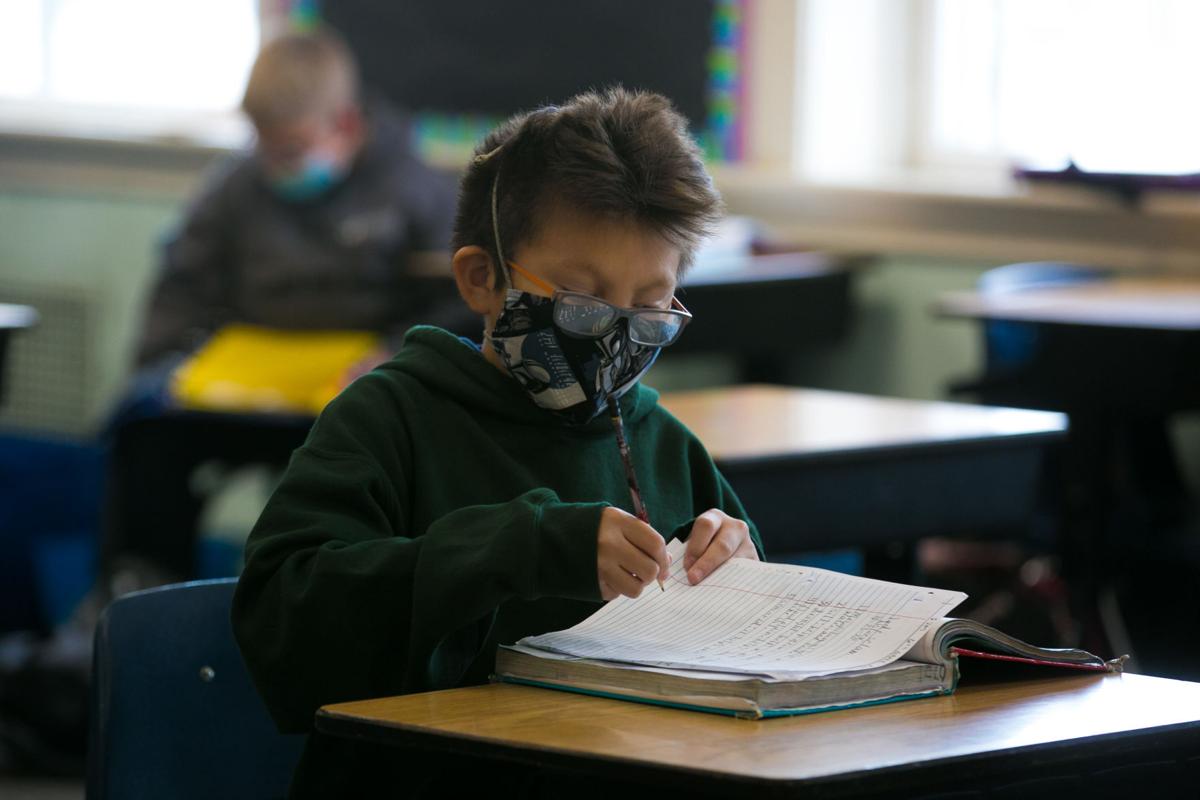 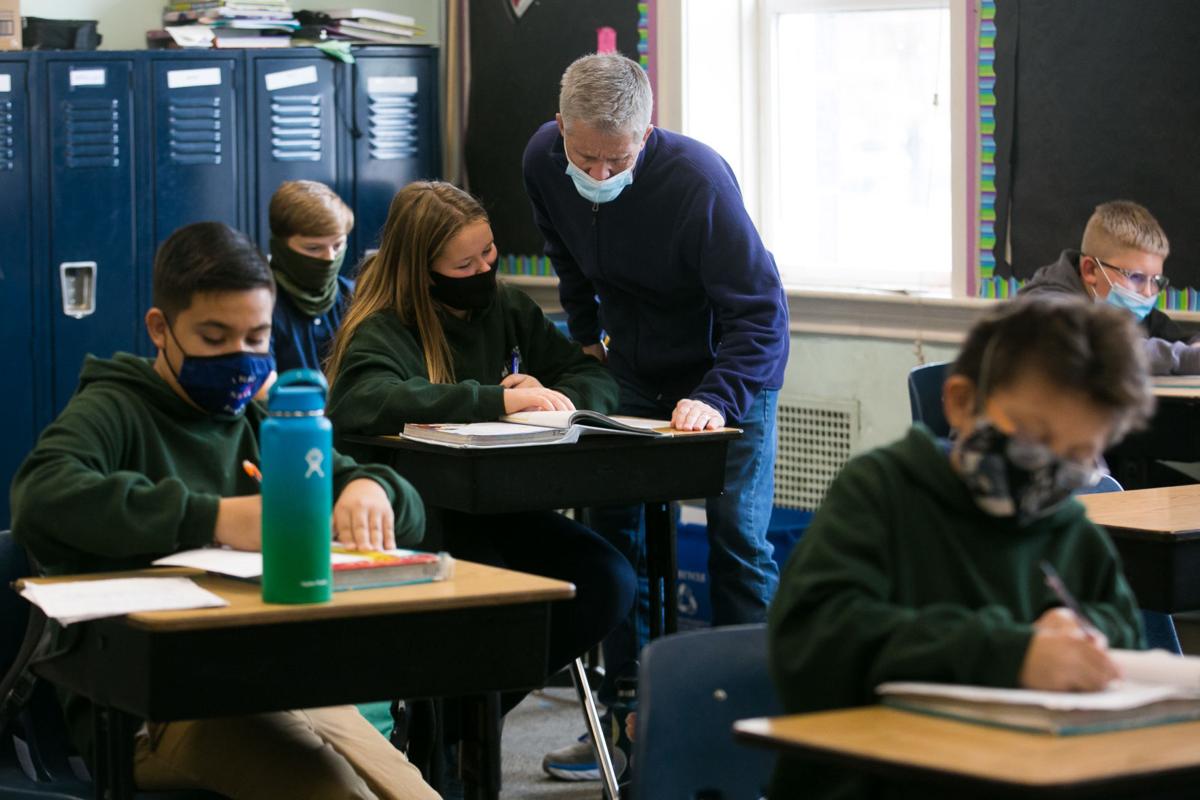 When students or staff in Yakima County private schools show signs of potential COVID-19 symptoms, they’re asked to stay home. In some cases, students have quarantined due to confirmed exposure in their families and have been tested for the virus before returning to campus with their peers.

Strictly following COVID-19 safety rules has proved effective, private school and public health officials say. So much so that in spite of them collectively being the first in the county to test a full return to in-person learning — with all public schools choosing to start the year remotely — there have been just two confirmed cases among all nine private schools countywide since the school year started.

On Monday, Sunnyside Christian School’s elementary campus documented two cases of COVID-19 in one of its elementary classrooms, said Brad Van Beek, superintendent of the two sister elementary and secondary schools by the same name. He declined to say whether the individuals were students or staff.

Up until that point, the school year was going off without a hitch, with students, parents and staff all diligently following public health recommendations, he said.

“It was great. We went nine weeks almost with our first quarter and had zero problems — and then we had a couple of cases,” said Van Beek.

Immediately, he said, the Yakima Health District was contacted for guidance on how to navigate the cases.

But as a precaution, Van Beek chose to also close the private school elementary campus entirely for the week in an attempt to ensure the safety of the student body. He said he expected school to resume Monday, aside from the class immediately impacted.

The health district will continue working with the school to ensure the class was able to quarantine, undergo testing for the virus and tested negative before returning to campus.

Meanwhile, the health district is also conducting contact tracing. This means asking the infected individuals who they have been in close contact with — within 6 feet for at least 15 minutes within the previous 14 days. Those close contacts are then contacted to warn them of their exposure and asked to isolate for 14 days and to monitor for symptoms of the virus.

Public schools have seen some cases, primarily among staff who returned to school buildings at the beginning of the school year to remote teach, Ibach said. Students have not been in the building or exposed to most of these confirmed cases. There have not been large outbreaks at any one school, he said.

Morrison said Wednesday that there have been about 28 confirmed cases among all schools countywide this fall.

Soon, Ibach said, the health district plans to publish positive COVID-19 cases in schools on its website, listing the school name, the date of the positive result, whether it was a student or staff member, and whether there may have been school transmission. He said it will be based on a Clark County information model.

“Superintendents are very much in support of that to be transparent,” he said. “To prevent any rumor mills going around and to get consistency.”

While no other private school in the county has seen confirmed positive cases of COVID-19 this fall, some have had students quarantine due to exposure to individuals with confirmed cases or symptoms of the virus.

“It’s a challenge every day because you never know where families are off campus,” said Richard VanBeek, superintendent of Riverside Christian School. “There’s still a lot of exposure in the community when you grocery shop. So it’s been maybe the hardest thing, is to know the difference between what a normal COVID symptom might be — because it’s not normal — and an itchy nose and colds and sore throats and that kind of thing.”

So the school is taking precautions, and parents and teachers are on board, he said.

“Parents are good about keeping kids home if it’s a question,” said VanBeek. “So far, it’s working, it seems.”

At La Salle, high school president Tim McGree agreed that attempting to distinguish COVID-19 symptoms from colds and the flu was increasingly challenging. Students are asked to stay home if they have any symptoms of illness. They should be able to continue participating in schoolwork virtually during this time, he said. If symptoms persist, students are then asked to get a COVID-19 test.

So far, he said fewer than 10 students had required tests, and all results had come back negative.

Strictly adhering to public health guidelines is important to these small private schools in order to prevent outbreaks that could lead to school closures, administrators said.

While public schools across the county are beginning to reintroduce students to campus after public health officials recently gave the green light, private schools in the county alone resumed the school year in-person. This was contrary to state and public health advice — which has been reversed as infection rates in Yakima County significantly declined — but something the private school administrators said at the time they felt confident they could pull off in part due to their comparatively small size.

Starting the school year in person has helped private schools grow. While public schools in Yakima County almost universally reported a decline in enrollment from last year to this, at least six of the county’s private schools gained new students.

La Salle has its largest freshman class ever, according to McGree.

Some of the new additions are students who were formerly in public school, according to school officials.

Additionally, some students in the private schools who elected to start the year virtually have since transitioned to in-person learning, since the year has gone smoothly so far.

“So far, so good,” said McGree. “We’ve been very fortunate — and we understand that could change.”

While administrators are encouraged by the strong results so far, they’re not letting down their guard.

At St. Joseph Marquette, for example, Pleger gave a reminder to students and staff earlier this week not to relax just because there haven’t been confirmed cases on campus.

“Don’t get lax just because there aren’t cases,” Pleger warned. “We need to continue our diligence.”

That’s true in the broader community, too, where public health officials urged community members earlier this week not to let their guard down amid lower positive case numbers.

For one thing, colder weather arrived along with cold and flu season, moving more activity indoors, said McGree of La Salle. Many teachers at La Salle had been conducting classes outside when possible during the initial weeks of the school year in light of research that suggests transmission is as much as 20 times more likely indoors than out.

But it’s now become too cold to do so, meaning classes and lunch are moving indoors, he said — another thing to worry about.