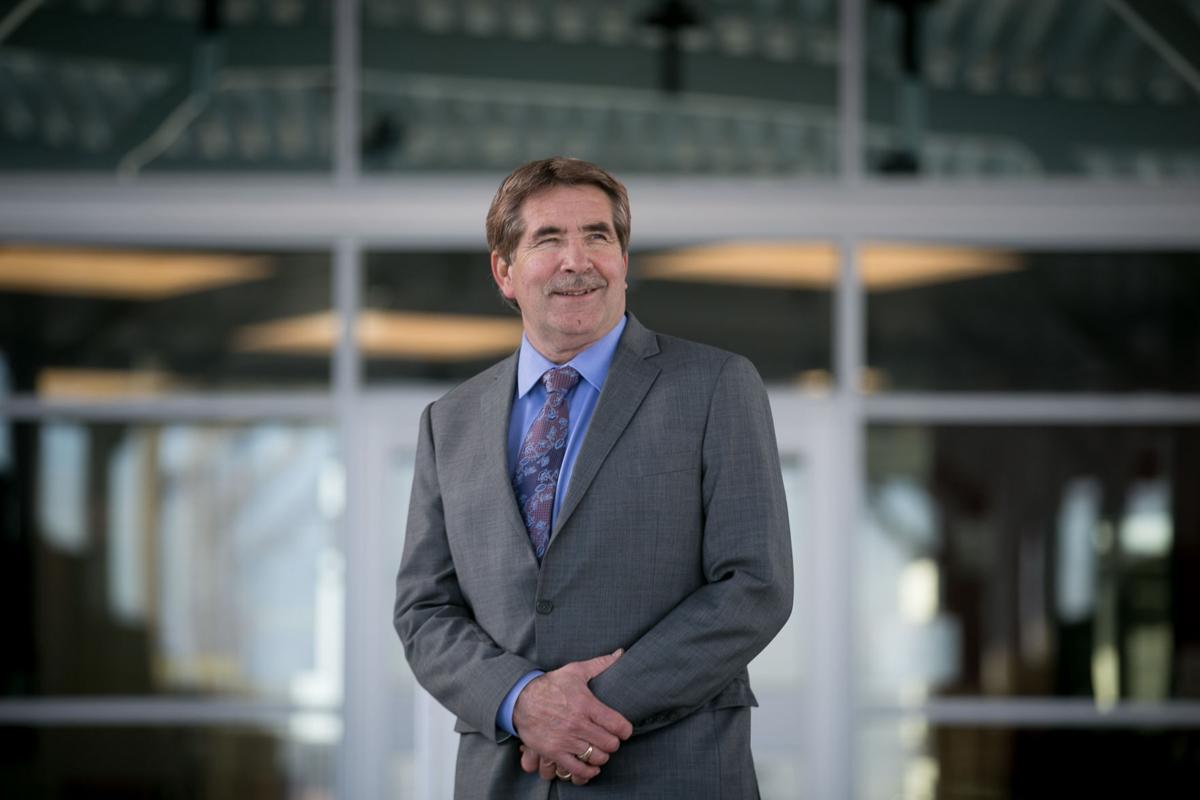 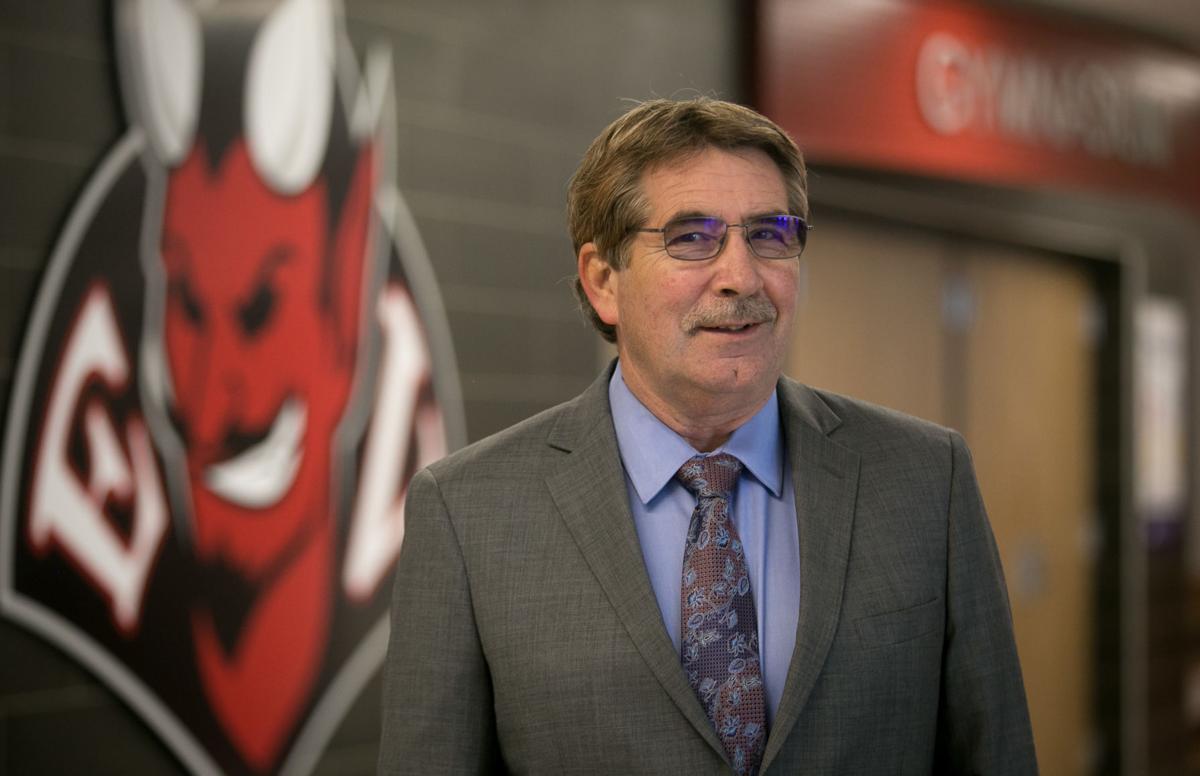 During John Schieche’s high school years in Eastern Washington, neither he nor any of his classmates would have ever imagined that he would become a school superintendent one day.

The student from the small rural farming community of Spangle finished school with a 1.9 GPA, 42nd in his class of 43, as he recalls.

But Schieche would go on to create a nontraditional path to school leadership, from working as a mechanic and farmer, then teacher, administrator and eventually filling out a 19-year tenure as East Valley School District superintendent before stepping down from his role and into retirement this spring. Mentors along the way saw a leader in Schieche, and helped him to see that in himself.

“What that tells you — and what that told me when I became an educator — is that you can’t judge kids by what they do in high school,” he said, pointing to one of his key philosophies as an educator. “We don’t know the potential that kids have until we tap into it, and that’s one of the things that I tried to do as a teacher is to tap into every individual kid’s interests, abilities, and get them channeled in the right direction to set goals and do something.”

As Schieche steps away from his official role with the district at age 70 after a roughly 40-year career in education, he’s lauded as a collaborator and change-maker who was invested first and foremost in student success.

When Schieche graduated from high school, he worked as a mechanic for a year before getting a two-year degree in law enforcement at what is now Green River College. After completing the degree, he began managing a 1,500-acre wheat farm on the Idaho border. It was here that Schieche began mentoring high school students he hired as farmhands over the summer, teaching them how to operate machinery like tractors and trucks.

“What I discovered is I was getting more satisfaction out of kids and teaching them how to do things than I was with farming,” he said.

After about five years, Schieche returned to school at Eastern Washington University, earning first a bachelor’s degree in industrial education and then a master’s in education. Unlike in high school, he excelled in this area of study, finishing his master’s program with a 3.8 GPA, he said.

“That has driven me in education to make sure we work with all children to be sure they meet their potential,” he said. “Because grades alone do not indicate potential.”

His superiors seemed to agree: Schieche had the potential to be a leader.

He took his first job at Lake Washington High School, teaching auto mechanics and shop for a year before a three-year stint teaching at a school outside of Bremerton.

“Everything I taught I tried to teach in a realistic world,” Schieche said. “Even though I taught auto mechanics, I taught life skills. I spent time teaching students how much money they needed to make in order to live, what an apartment costs. They’d go through exercises so that they knew coming out of high school the advantages of going on to school, and making a career choice that they can raise a family on.”

In Bremerton, his vocational director pulled him aside and encouraged him to explore school administration and educational leadership. Schieche worked on credentials both to become a principal and vocational director during that time, and then returned to the Lake Washington School District, working as an administrator at a technical college for the next 10 years.

There, the school served adults looking for a career change or those fresh out of high school who wanted skills in areas like dental assisting, diesel mechanics or business marketing. He built relationships with local companies like Boeing, creating a deeper understanding of industry needs and how schools, the community and businesses could partner together for students’ success.

In the early 1990s, Schieche was hired by the Yakima School District as director of the Yakima Valley Technical Skills Center. Larry Petry, a long-time superintendent in the school district, was another mentor who encouraged Schieche to “step up to the plate and go further.” He pursued his superintendent credentials at Washington State University while leading the technical school for 10 years before being hired on as East Valley’s superintendent in 2002.

Former board members who hired Schieche remember choosing him specifically because he was nontraditional and thought outside of the box.

Then-board president Jim Penning remembers being impressed by the work Schieche had done to improve learning at the technical school. He also was a good communicator, something that carried into his tenure. Schieche enjoyed debate, but had a skill for getting people with diverging opinions to share a goal and approach. He was also willing to try new things and to find ways to provide teachers with data to guide their work with students, he said.

Bruce Smith, publisher of the Yakima Valley Business Times, was on the board at the time. He recalled improving third-grade reading standards as a key focus of the board.

“If you can get students to read proficiently by third grade … they don’t need to be lectured at anymore. They can take over their learning,” he said. Schieche seemed excited for the challenge and was data-oriented.

Today, Schieche proudly points to student assessments to measure district progress. There’s a long way for the district to go, he said, but a lot of progress has been made.

Between 2014 and 2019, students who met standards in English language arts in the district grew from 47.6% to 60.3%, according to data from the state Office of the Superintendent of Public Instruction. In math, they grew from 41.2% to 52.9%. Three of the district’s five schools have been recognized by the state as distinguished schools for their approach to teaching and learning.

Schieche said this change is due to collaboration and dedication to students throughout the district’s schools and larger community. Professional Learning Communities within the district are a product of his leadership, but have created their own powerful results, he said.

What made Schieche such a great leader was his ability to hire people equipped for their jobs and to trust them to execute, while also being available to help them grow as they needed it, said Brittany Kaple, the district’s communication’s director.

One of his biggest disappointments is that the district was on track to see “tremendous student success data” at the end of last year, said Schieche, but the pandemic meant students weren’t able to participate in annual assessments.

Schieche also made it a point to improve the buildings that the students learned in and the community funded. He formed committees to outline long-term building plans for the district, created bond committees and had great community buy-in for passing bonds, he said. Part of that was because of his understanding of the importance of community and business partnership with schools, he said.

Going into retirement at the end of June, Schieche plans to continue tending to his 23-acre hay farm east of Moxee, to build a shop and barn, and to continue riding and competing on horses with his wife, Beverley. While he said he hasn’t taken off more than five consecutive days in his career, he’s looking forward to taking long-term trips into the mountains with her and his horses.

Schieche said school leaders at all levels of the district will carry on the important work of showing kids the value of the lessons they learn in the classroom to everyday life, and helping more students meet standards. He hopes students at East Valley will learn the lesson that he did: Even if you don’t know your end-plan, you can create goals and reach them, proving to yourself your own potential.

He thanked the school board members who took a risk on him as a nontraditional superintendent.

“This has been a tremendous ride with our community and our educational leaders and teachers to continue to make a … greater difference for kids every day,” he said.