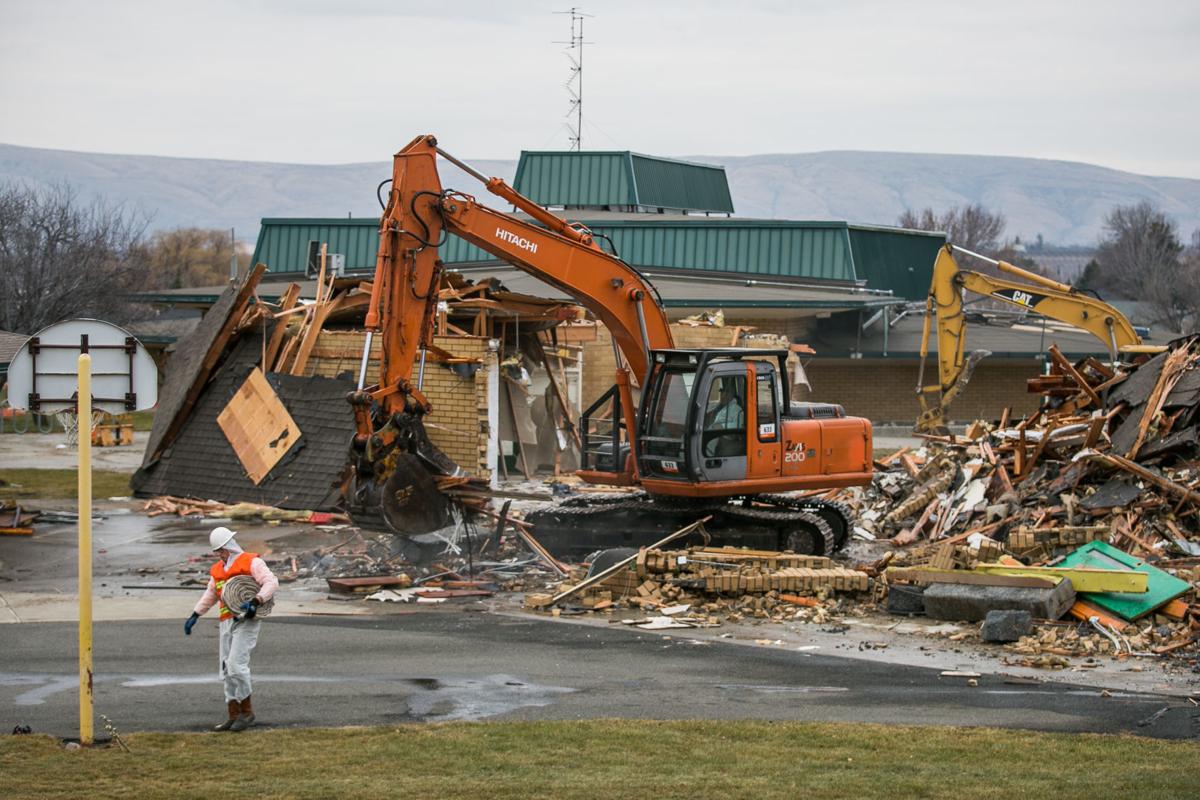 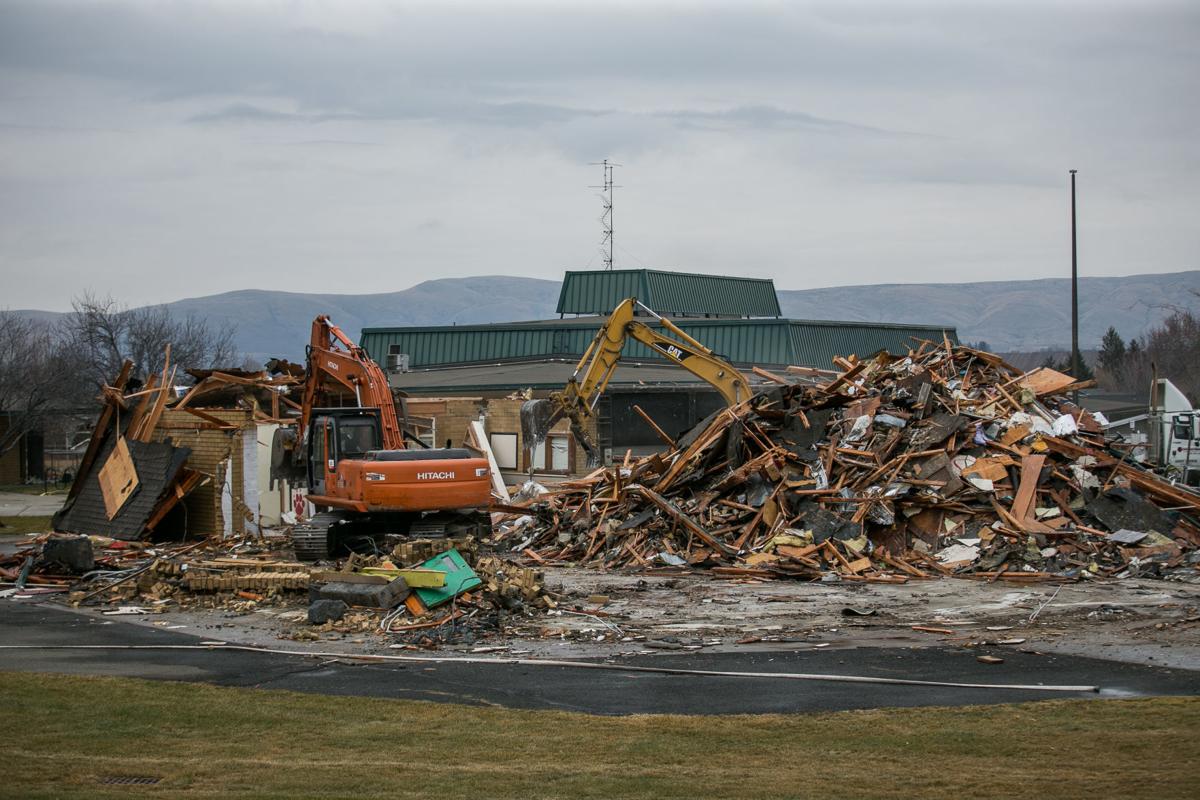 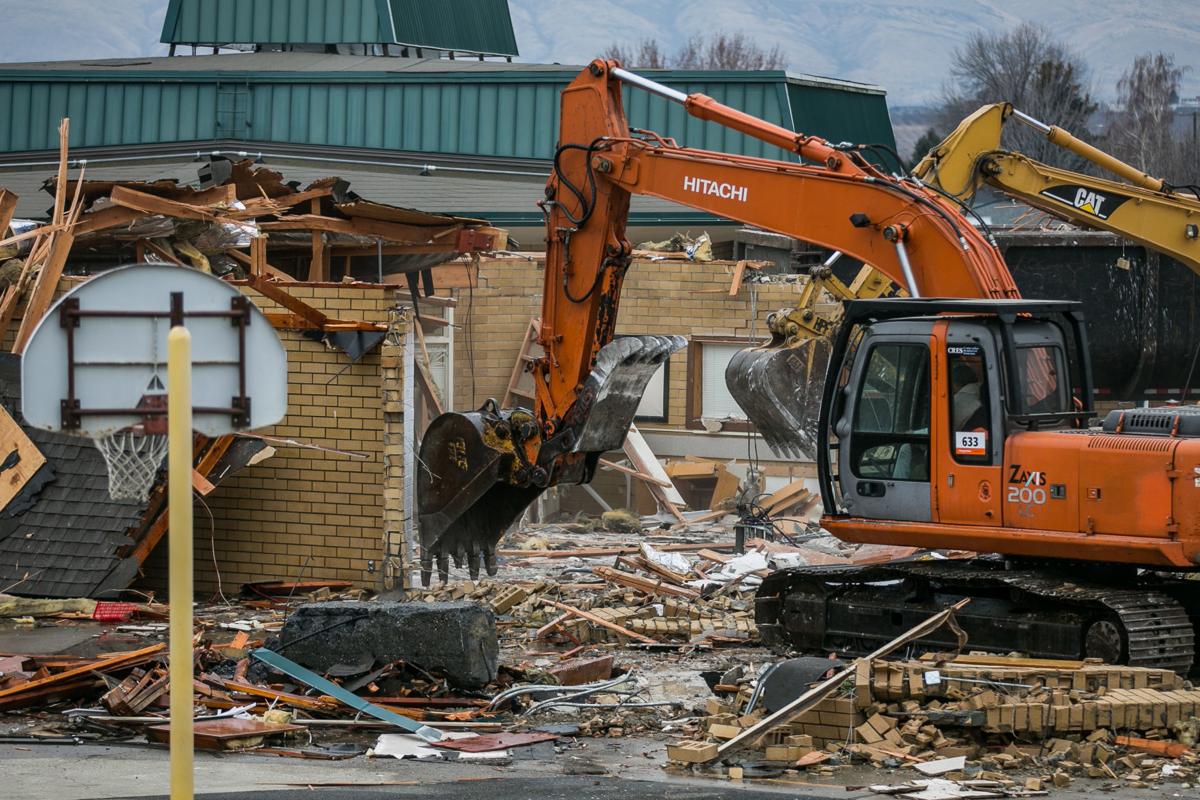 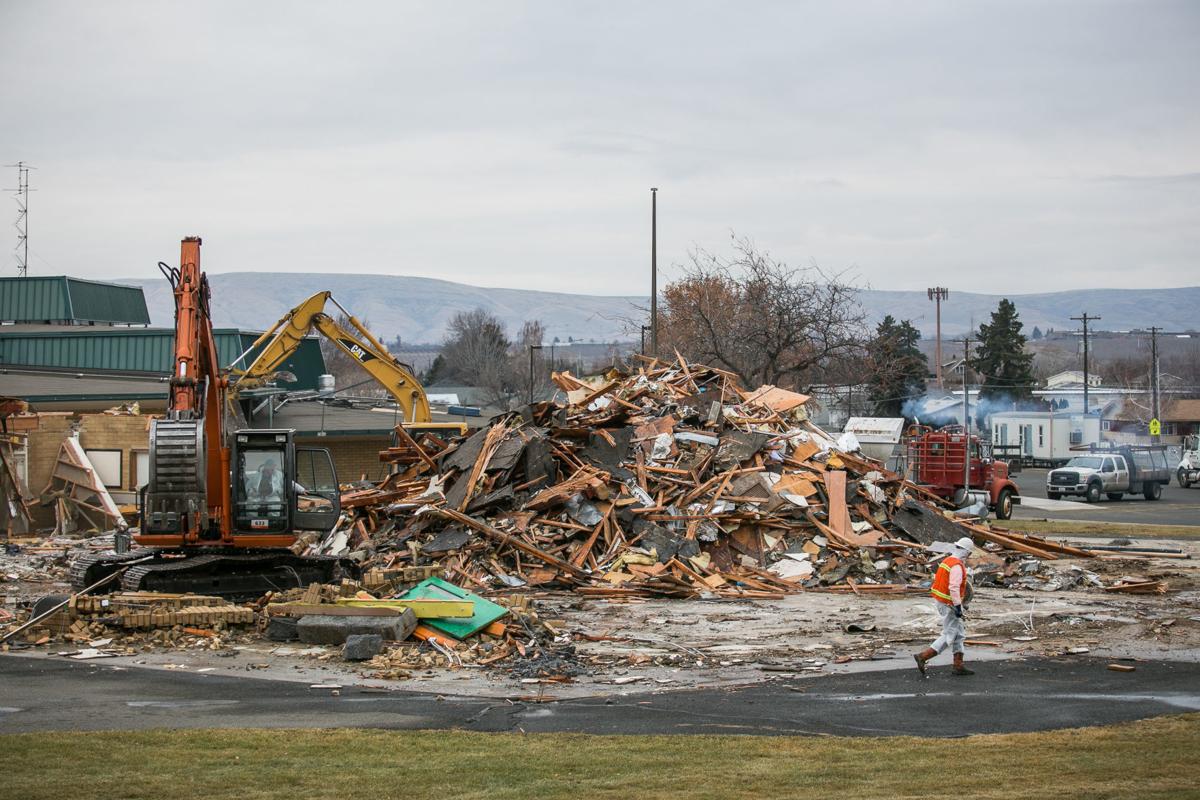 Demolition at Apple Valley and Summitview elementary schools in West Valley began in mid-December and is expected to wrap up by the end of January, making way for new school buildings.

In February, voters approved the replacement of the two overcrowded and outdated elementary schools, which are expected to be ready for attendance in the 2021-22 school year. The projects are funded by a 20-year, $59 million bond measure matched with $12 million in state funding. Each of the schools will have room for 550 students.

The demolition and abatement of the old schools have come in under budget thus far, said Angela Von Essen, assistant superintendent of business and finance. While the district had anticipated a $2 million cost across the two buildings, the procedures were projected to cost closer to $1 million, she said.

“There could be unexpected … additional costs. So it’s just making sure as we go we’re within an estimated budget,” Von Essen said. So far, the projects are on schedule.

Fire hoses were being used to keep dust down to minimize disruption to neighbors surrounding both campuses, she said. “The neighbors have been gracious about it — because it’s noisy,” she said.

The demolition phase should be complete by the middle to end of January, barring complications, she said.

Behind the scenes, Von Essen said there are a lot of moving parts. The district is working with the city and the state to follow permit requirements and prepare reports required by the Office of the Superintendent of Public Instruction. With schematic designs complete and Chervenell Construction hired as the primary contractor, she said the district is also close to completing detailed building drawings and designs, including equipment specifications.

“What’s coming next is a review of the actual plans and bidding out the projects for the various work,” she said. “We already have our contractor in place, but there’s other detailed work that they bid out as well.”

A final cost for each building will be available once these details are finalized, Von Essen said.

The new buildings will be identical, two-story developments with a T-shaped classroom wing, a gym to the right of the main entrance on the first floor, and buffer space on each site for future expansion if enrollment continues to grow.

While construction is underway, the roughly 660 students from Apple Valley and Summitview are attending school at the district’s freshman campus, just east of West Valley High School on Zier Road and 96th Avenue. Ninth graders are attending classes with other high schoolers at the main high school building.

Ordinarily, the district’s six elementary schools hold students grades K-4. Fifth and sixth graders in the district are at a separate middle level campus on South 75th Avenue; seventh and eighth graders are at the junior high on Zier Road. Freshmen have their own campus. High schoolers in their sophomore through senior year are at the high school campus.

But moving forward, that could change permanently, said Peter Finch, assistant superintendent of teaching and learning.

“With the new buildings, we have an opportunity to look at grade configuration,” he said. “We did focus groups with parents and teachers, and all the parents we talked with in our focus groups were very interested in the district going to a K-6 or PK-6 configuration.”

He said this approach would reduce transitions for younger students, which can be beneficial to their development.

If the fifth and sixth graders were moved to elementary campuses, the middle school might be turned into a seventh elementary school, ensuring room for growth at each campus and making room for potential preschool programs at each building. Preschool offerings could be made possible through community partnerships or through the district’s own programming, he said.

If ninth graders remained at the high school campus, Finch said, the freshman campus could be used for an innovative program that could allow for career pathway program expansion or the development of an alternative performance-based system for students.

In each case, seventh and eighth graders would remain at the junior high campus.

While Finch did not have exact numbers, he said there would be room for growth in each building if these changes were made.

Finch said his team is working on proposals for each scenario to be presented to the West Valley school board. The elementary grade configuration proposal will be presented during a community forum at 6 p.m. Feb. 4 at Wide Hollow STEAM Elementary School. Another community forum will be held there at 6 p.m. on Feb. 11 to go over potential programs to offer at the freshman campus.

The board is expected to discuss community feedback from the two forums during a Feb. 25 board meeting and give administrators direction on how to move forward, he said.

“During these community forums, we definitely want to hear from the community,” said Finch. “The reason we’re looking at K-6 is that this is what the parents that we talked to said that they wanted, and we work for the community.”