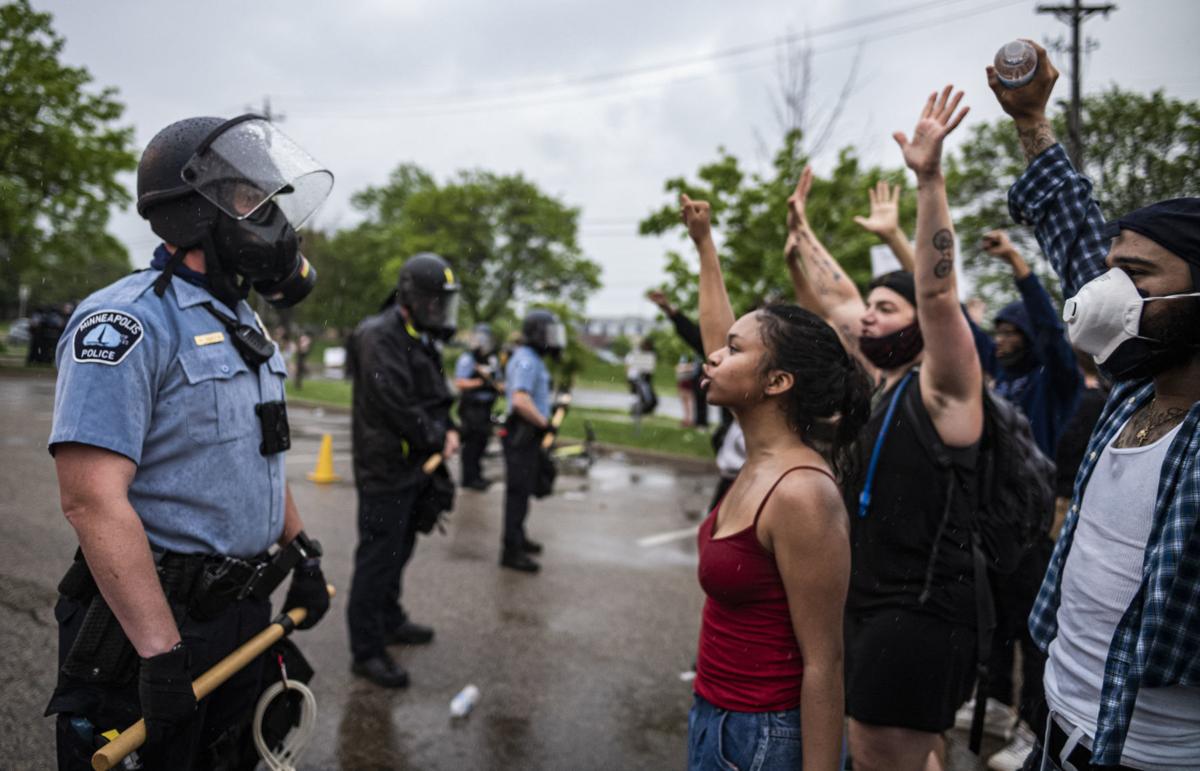 FILE — Protesters and police face each other during a rally for George Floyd in Minneapolis on Tuesday, May 26, 2020. Four Minneapolis officers involved in the arrest of the black man who died in police custody were fired Tuesday, hours after a bystander’s video showed an officer kneeling on the handcuffed man’s neck, even after he pleaded that he could not breathe and stopped moving. 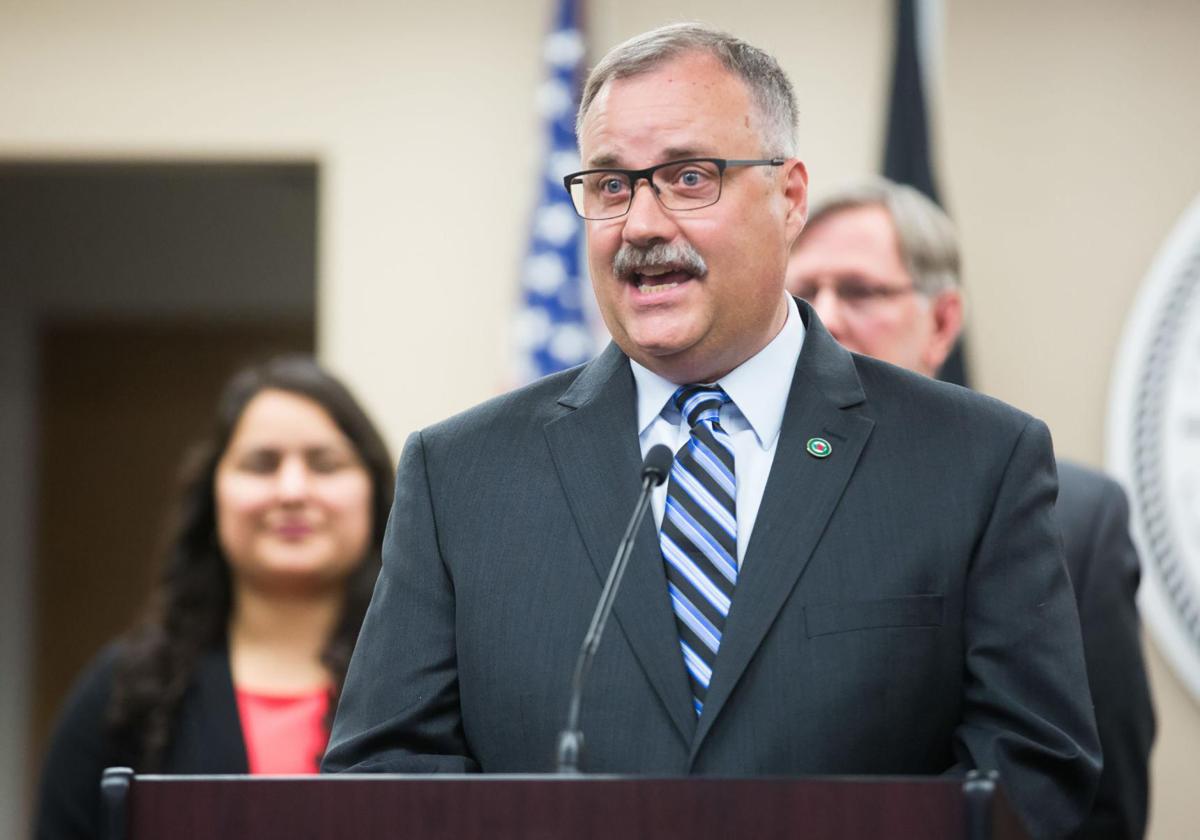 A representative of the Yakima NAACP and a pastor from a Latino congregation have been asked to serve as civilian representatives on a unit that investigates officer-involved shootings.

Civilian appointees are required under state administrative code by every agency that participates in the unit. They help rebuild trust between police officers and the public, Murray said.

“To me, it is important to have credible community members as part of the review process to ensure transparency and legitimacy,” Murray said.

Civilian members ensure investigators are qualified and don’t have conflicts of interest. They review news releases and attend briefings but would have no say in the conduct of the investigation, according to state code.

But a Yakima attorney who has represented people in wrongful-death and excessive-force lawsuits against police said the move does not go far enough toward providing civilian oversight of police.

“That’s not even a Band-Aid,” Bill Pickett said. “We’re going to put these people out there as the face of the community but not substantially make a change or a difference.”

Pickett would rather have a civilian review board examine officer-involved shootings and apply sanctions to officers whose actions are not justified.

Murray said the NAACP is picking its representative while the pastor, whom he declined to identify, is still considering the offer.

Minneapolis police officers took George Floyd into custody Monday because he matched a description of a forgery suspect. A bystander’s video shows an officer kneeling on Floyd’s neck after he was handcuffed and not resisting, with Floyd pleading that he could not breathe and bystanders yelling for the officers to help the man.

Floyd went unconscious and was taken to a hospital where he died.

Four officers who were involved in the incident were fired the next day, the same day protesters took to the streets and some clashed with police.

Murray said, based on his observation, Minneapolis authorities moved quickly and tried to be transparent. But he also noted that the death was not a one-off incident in the department’s relationship with the African-American community.

While African-Americans make up about 20% of the city’s population, they account for more than 60% of victims in Minneapolis police shootings from late 2009 through May 2019, The New York Times reported.

News reports said Floyd was the 11th person to have a fatal encounter with Minneapolis police in the last 10 years.

“There’s kind of a simmering rage in that community,” Murray said.

Floyd’s death “is the impetus to bring it back to the forefront. The incident is tragic, but you can’t look at it in isolation.”

While Yakima does not have that “simmering rage,” Murray said there is a distrust between the department and parts of the community. He cited a recent post on Twitter that declared the YPD was the “biggest gang in the city.”

Building trust requires community outreach initiatives. The YPD started some efforts before Murray took over as chief in 2019.

Acting Chief Gary Jones initiated community-based policing efforts, assigning officers to specific areas of the city as a way for police and neighborhoods to become familiar with each other.

Former Chief Dominic Rizzi Jr. started the “Coffee with a Cop” program, where officers meet with the public at restaurants.

“Frankly, we have to dig in deeper and go into places that don’t think highly of us,” Murray said.

Another key, Murray said, is to have sergeants who can take command of a situation as they are the first level of supervision in the department.

Each agency that participates in the unit — the Washington State Patrol, the Yakima County Sheriff’s Office, and the police departments in Union Gap, Selah, Yakima, Moxee, Toppenish, Sunnyside, Grandview and Zillah — appoint civilians to the unit.

If, for example, there is a shooting in Selah, the city’s civilian representatives would review the investigators assigned to the case for potential conflicts of interest.

But Pickett said that is not enough to truly provide an independent review.

“It’s a stamp of approval that there is no conflict of interest but that completely ignores the bias that already exists when you have an investigation of the police being performed by the police,” Pickett said.

He said a truly independent investigation is needed to root out the bad actors in a department — whom Pickett describes as “jack-booted thugs.”

Pickett said officers who have engaged in what he considered excessive force incidents were never punished, and in one case promoted. His examples included a 17-year-old boy who was pepper-sprayed and kicked to the ground by an officer at the Central Washington State Fair in 2018 and Rocendo Arias, whom Pickett said was fatally shot while sleeping in a car at an East Nob Hill Boulevard car wash in 2014.

The officer who shot Arias, Casey Gillette, said that Arias, who he had found sleeping in the car, had woke up lunged at him with what looked like a pistol before he shot him. The shooting was ruled justified by then-Yakima County Prosecuting Attorney Jim Hagarty.

A civilian review board, Pickett said, would provide independent oversight of police.

But Johnson said there is a problem with a civilian board conducting investigations: Expertise.

“Few members of the community understand the ramifications of the investigative techniques and the complexities of these cases,” Johnson said.

But Pickett said if the court system can use a pool of untrained people as jurors in criminal cases, civilians should be able to decide whether police acted properly in shootings and in-custody deaths.

This story was updated to clarify Pickett's statement about the shooting of Rocendo Arias by Yakima police, as well as include what the officer said in that case.