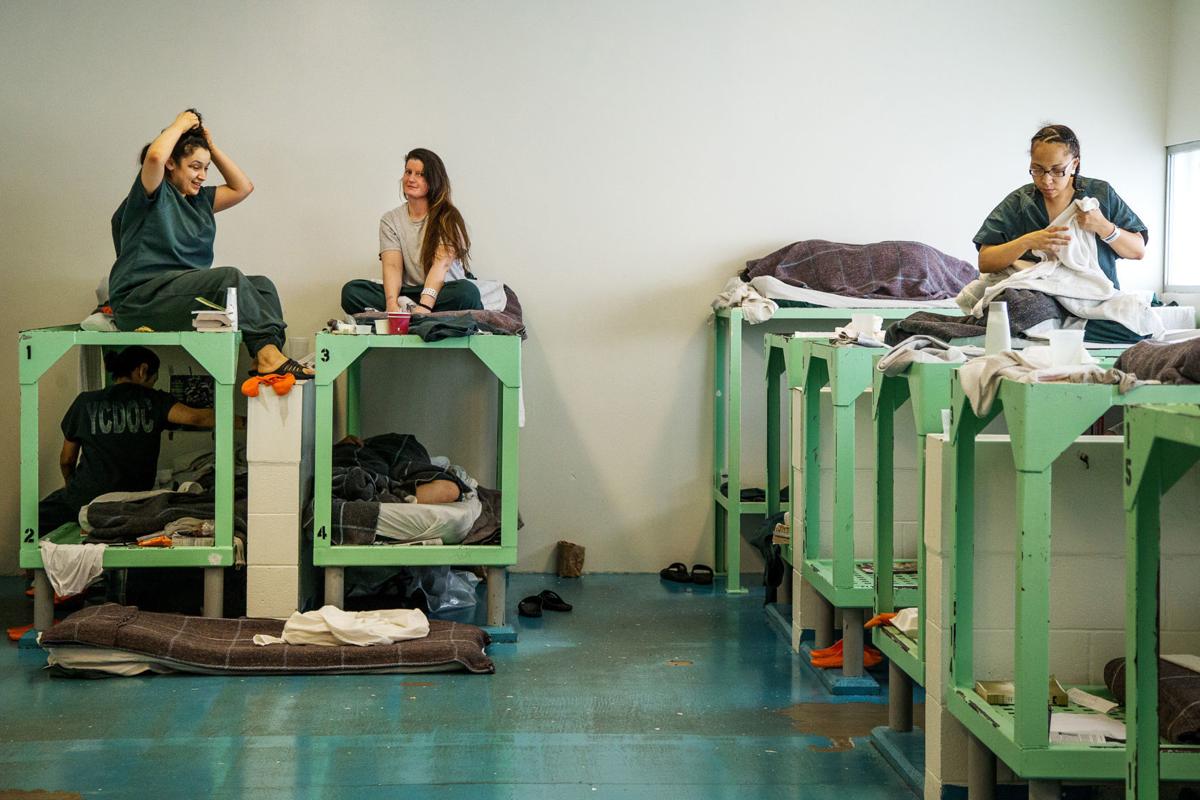 Inmates interact in their pods Monday, July 17, 2017, at the Yakima County Jail in Yakima. 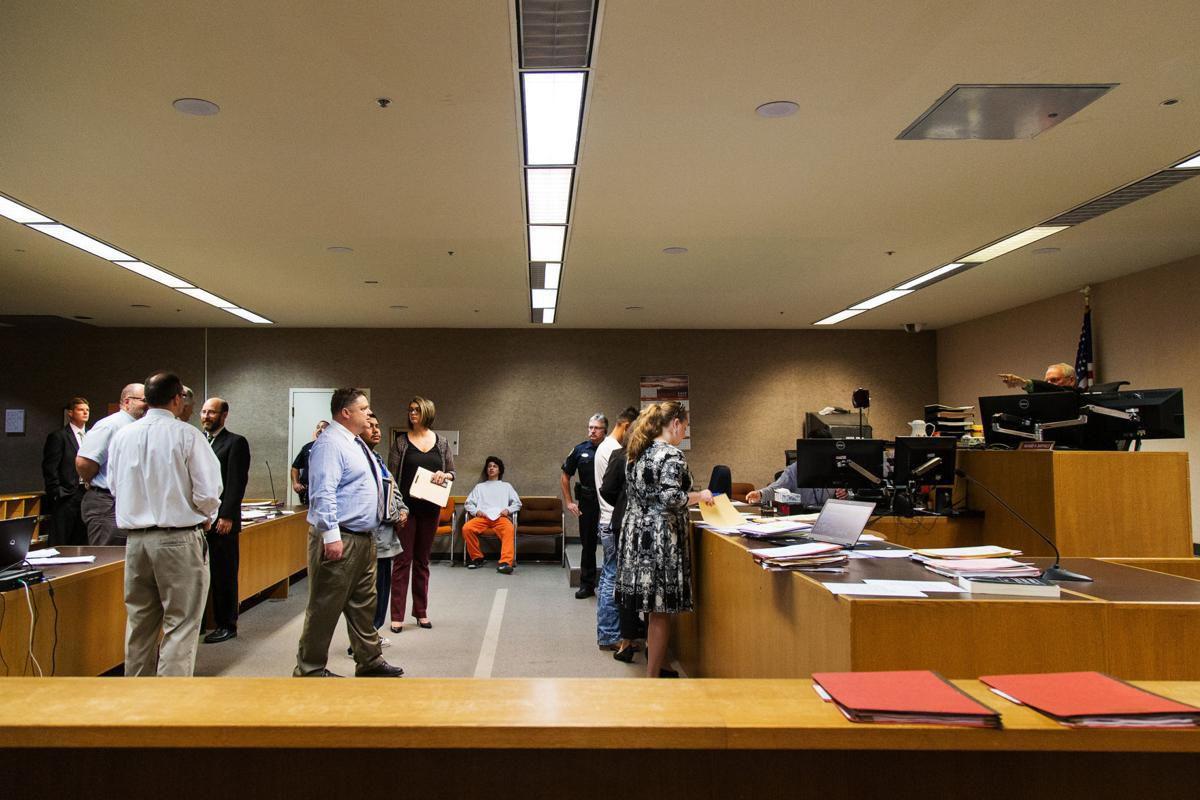 Attorneys, clients and court staff fill a Yakima County courtroom in the lower level of the county jail Monday, July 17, 2017, in Yakima. 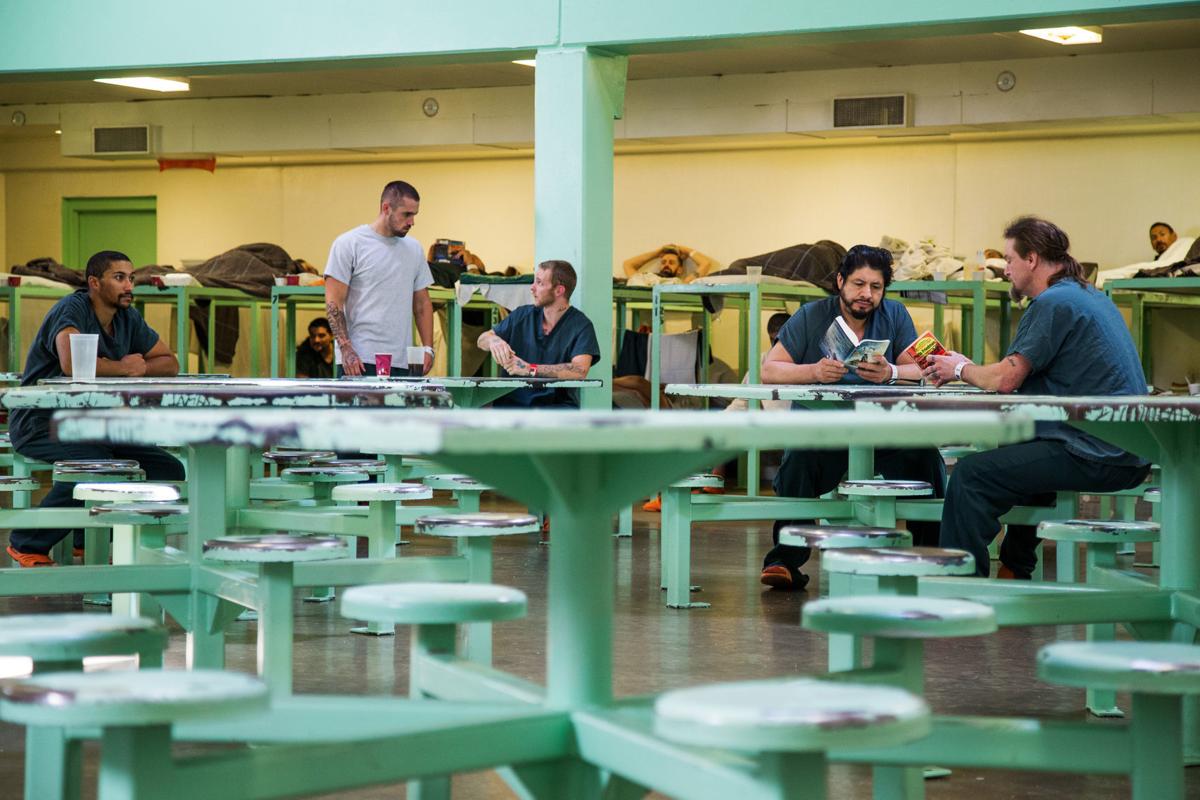 Inmates interact in their pods Monday, July 17, 2017,at the Yakima County Jail in Yakima.

Inmates interact in their pods Monday, July 17, 2017, at the Yakima County Jail in Yakima.

Attorneys, clients and court staff fill a Yakima County courtroom in the lower level of the county jail Monday, July 17, 2017, in Yakima.

Inmates interact in their pods Monday, July 17, 2017,at the Yakima County Jail in Yakima.

Recidivism is high at the Yakima County jail.

And that has consequences, officials say.

More than 30 percent of inmates booked in 2016 returned to jail within six months, and more than 52 percent returned within two years, according to county figures.

One inmate was booked into the jail 32 times over three years and spent 239 days incarcerated over that time. Ten of those bookings were within six months, said Ed Campbell, director of the county’s Department of Corrections.

“He spent very little time in jail for all those bookings,” Campbell said. “We’re seeing the same people over and over again.”

That’s driving up the jail’s overall population, which has swelled to 1,200 at times. The increase led to more than 100 inmates being housed at the county’s second jail on Pacific Avenue.

But that’s not all. Felony criminal cases in Yakima County have shot up by about 22 percent over the past five years. There were 2,062 felony cases in 2013 compared with 2,636 in 2018, according to figures from Prosecuting Attorney Joe Brusic.

The county’s Office of Assigned Counsel — which provides indigent defense services — also feels the squeeze. Public defenders are bound by case limits under state law, and the office often has to rely on contracted attorneys to handle the excess.

Now, law and justice departments are diving into data on offenders in search of ways to reduce recidivism and felonies.

Yakima County Commissioner Mike Leita, chairman of the county’s Law and Justice Committee, says the goal is to get the law and justice system operating like a smooth traffic system.

“The jail’s population is increasing. That’s a greater cost to taxpayers, and a higher recidivism rate, more reoccurring inmates — that clogs up the traffic,” he said. “I would say in our law and justice system, we have some congestion points. How do we keep that effective and efficient?”

The studies are being conducted ahead of work on the county’s 2020 operating budget, which begins in July, Leita said.

“I think historically we’ve done a very good job at looking at each department and making them as efficient as we can,” he said. “But do we have some straining points that we can address to make things more efficient?”

“That’s a huge number,” he said. “To me, that means we are not doing something well. We’ve got to address that issue.”

He sees drugs as the leading driver of crime here.

Solutions may include expanding treatment for substance abuse and mental illness at the jail, Campbell and Brusic said.

Campbell said his department continues to pull data in seeking commonalities among repeat offenders and will release the information to the public when complete.