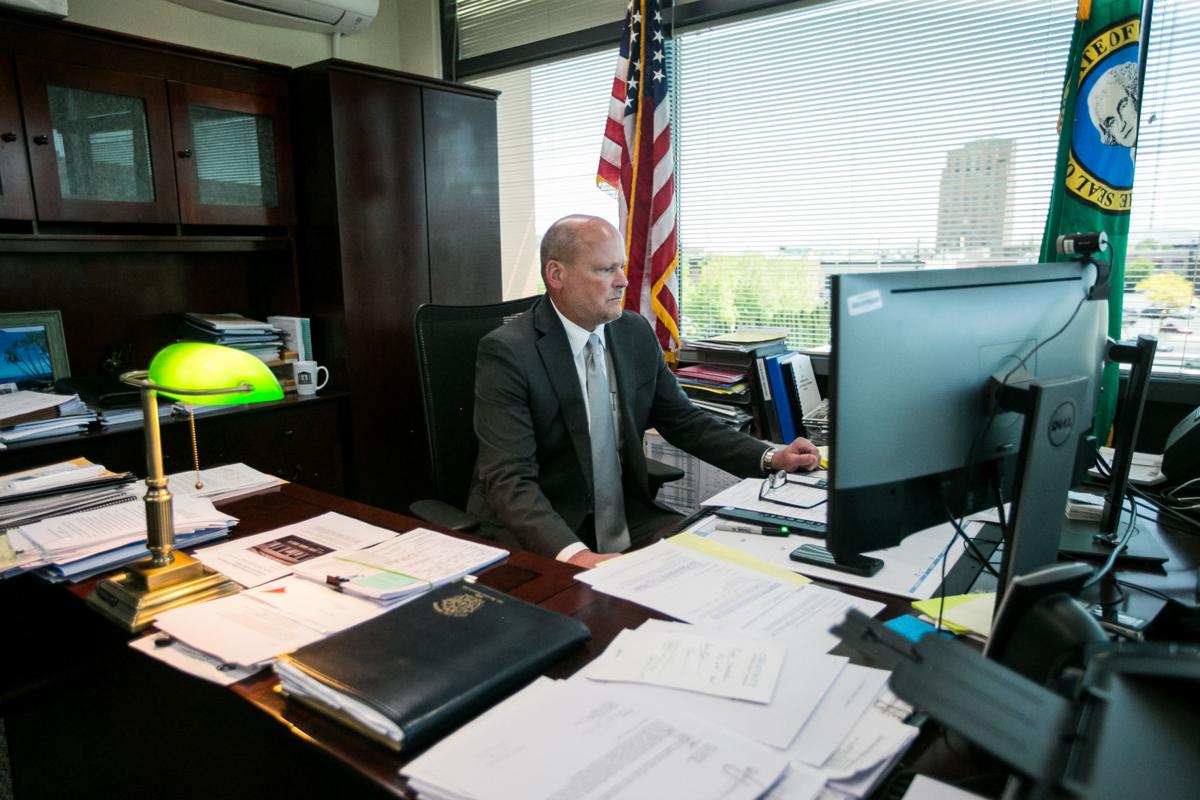 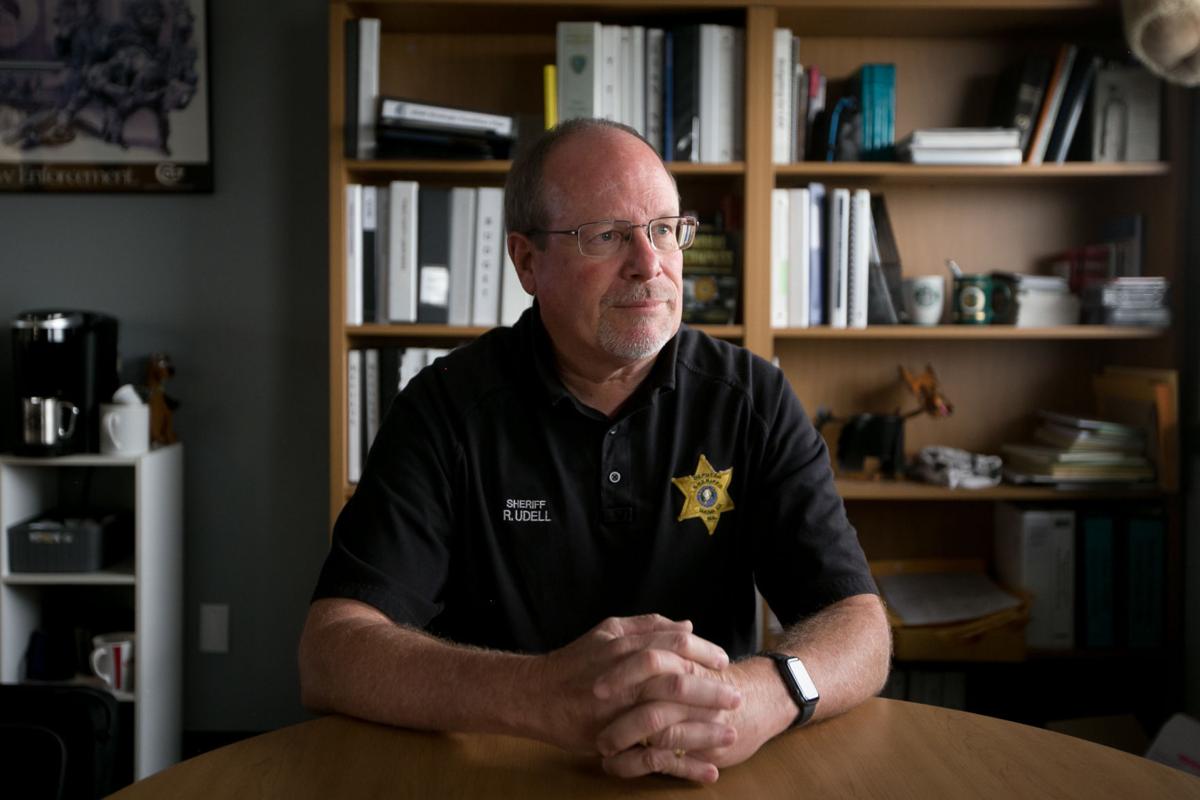 Anyone who’s watched police shows on TV knows that people who are arrested have a right to talk to an attorney.

But a state law that goes into effect in January will require an attorney to consult with a juvenile suspect before cops can ask any questions.

Two of Yakima County’s top law enforcement officials say the law will do more harm than good for both juveniles and the community, as teen suspects will more likely choose to remain silent.

“This is absolutely going to make it more difficult for law enforcement to prosecute juvenile crime and obtain any information from a suspect under the age of 18,” Prosecuting Attorney Joe Brusic said.

Yakima County Sheriff Bob Udell said attorneys will most likely advise kids to not speak to police, which he said could prevent authorities from helping them get out of a life of crime.

However, the head of Yakima County’s public defenders said the move will not hobble law enforcement, but instead protect the rights of teenagers who are more susceptible to being coerced into confessing to crimes they didn’t commit.

“I think what the Legislature is doing is codifying the importance of this law and protecting vulnerable individuals and make sure they understand and have constitutional protections,” said Paul Kelly, director of the county’s Department of Assigned Counsel.

House Bill 1140 requires that any juvenile who is being questioned in connection with a crime to consult with an attorney before being interviewed by police or sheriff’s deputies. While it renders most statements made by juveniles before consulting an attorney inadmissible, it offers exceptions in cases where a juvenile may be a victim of human trafficking or if someone’s life was in imminent danger.

The law, part of a package of reform bills drafted in the wake of protests against police brutality in 2020, goes into effect in January.

Rep. Jesse Johnson, a Federal Way Democrat, said the bill is meant to protect the constitutional rights of juveniles who could be more easily intimidated by a police officer into giving up rights against self-incrimination and possibly be forced into making false confessions.

An infamous example of that was the “Central Park Five,” a group of Latino and Black teenagers who were wrongly convicted of raping a white woman in New York City’s Central Park in 1989. Their convictions were vacated in 2002 after another man’s confession to the crime was verified by DNA evidence.

Johnson said minority youths are also likely to feel they need to defer to authority figures, even if it goes against their self-interest. While those youth represent 28% of the state’s population, they make up half of those who are detained, Johnson said.

“I believe we’re united in a common purpose to save the lives and futures of many of our youth, and dismantle an insidious school-to-prison pipeline,” Johnson said in a March 2 floor speech.

But Udell said that getting a teen into the juvenile justice system, starting with the interrogation, may get them off the path to prison.

“Sometimes, law enforcement is the one conduit kids have out of the place they are in,” Udell said. “If we cannot get statements out of them, we can’t help them.”

Brusic, who prosecuted juvenile cases earlier in his career, said that juveniles are committing more violent crimes and this law could inadvertently shield them from prosecution.

For example, he said a 17-year-old who shoots someone in a drive-by shooting and would be tried as an adult would get to consult an attorney before police ask their first question. In contrast, a 20-year-old accused of the same crime would be merely advised of the right to an attorney at the start of the interrogation.

“That juvenile is going to be more protected than the adult offender,” Brusic said.

Brusic said a juvenile may not confess when questioned, but he or she may give information that investigators can use to solve the crime.

Persons interrogated as suspects or placed under arrest receive Miranda warnings, informing them of their rights against self-incrimination and access to attorneys. Both Brusic and Udell said they’ve seen teens who understand their Miranda warnings quite well and ask for attorneys.

But Kelley, the public defender, disagrees.

“Ask any parent if they would trust their kid to understand,” Kelley said. “Kids don’t see the long-term effects of their decision making. They’re also particularly vulnerable to when adults are interrogating them.”

The law already states that kids cannot legally agree to binding contracts, Kelley said, and asking a teen to waive basic constitutional rights without an attorney’s advice falls into that category.

And the law does not stop a juvenile from talking to police, Kelley said. It just requires that he or she first talks to an attorney so they can make that decision intelligently and voluntarily.

While the goal of juvenile court is rehabilitation, Kelley said it is still an adversarial criminal proceeding, with convictions there being used against juveniles even after they become adults.

“In order to have the best result all around, you need to start recognizing that kids are vulnerable and can be subject to pressures they shouldn’t be subjected to,” Kelley said.