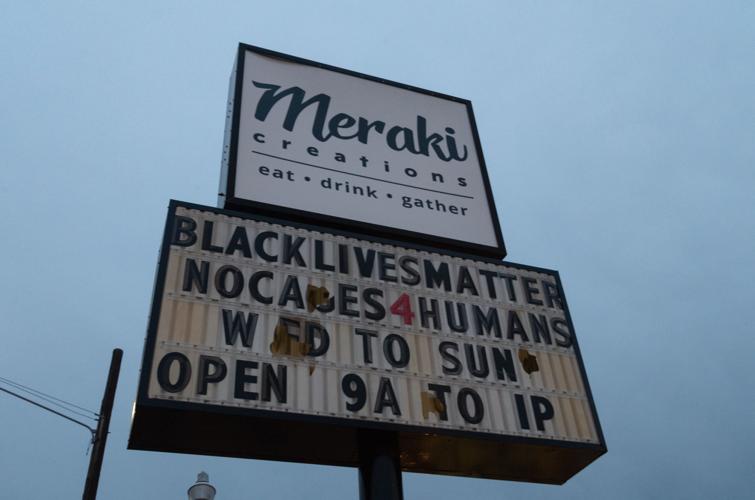 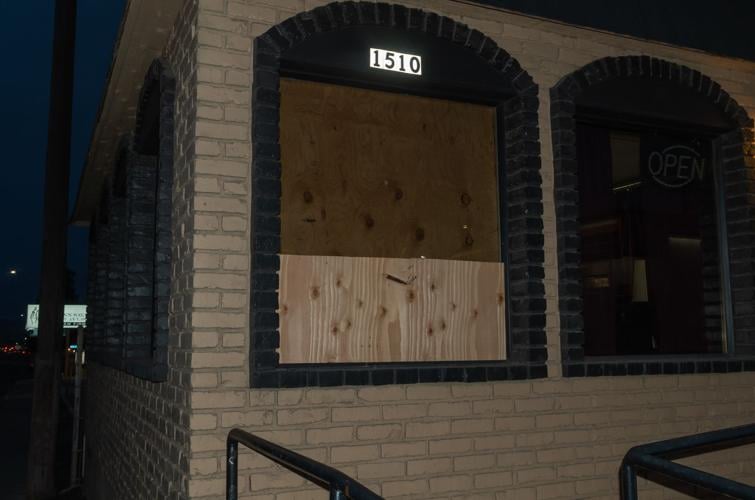 Boards cover a window that was smashed Wednesday, Jan. 6, 2021, at Meraki Creations in Yakima. The owner and police say a man also broke a sign with a message supporting the Black Lives Matter movement. (Donald W. Meyers/Yakima Herald-Republic)

Boards cover a window that was smashed Wednesday, Jan. 6, 2021, at Meraki Creations in Yakima. The owner and police say a man also broke a sign with a message supporting the Black Lives Matter movement. (Donald W. Meyers/Yakima Herald-Republic)

“Black lives matter, and they haven’t mattered in society for 400 years,” restaurant owner Angie Devora said. “Why not be a part of the change in my hometown of Yakima?”

Since then, she said she’s received five death threats, as well as threats that the building would be burned down unless she took down the sign. The restaurant at 1510 Summitview Ave. opened in January 2020.

On Wednesday, someone vandalized the sign, and has been arrested on suspicion of second-degree malicious mischief.

Around 8:15 a.m., as Devora and her employees were preparing to open for take-out service, a man parked in the 7-Eleven parking lot next door, walked over to her property and began throwing rocks through the sign, Devora said.

The man also smashed a window at the restaurant, while yelling obscenities about the anti-police-brutality movement, Devora said. Then, he went back to his car and sat there with a knife at his throat, she said.

Yakima police were called for a report of a suicidal man and took the 25-year-old Yakima County resident into custody, said YPD Capt. Shawn Boyle. Officers then took the man to Yakima Valley Memorial Hospital for a mental health hold, Boyle said.

Devora said it was “a little unnerving,” not knowing whether the man would come back, or if there were more like him. But she said she would not take down the message.

Meraki has received an outpouring of support on social media, which she said has filled her inbox. Devora said one business owner offered to pay for the window.

This story is part of a series that will highlight the good things people are doing in the Yakima Valley despite the coronavirus outbreak. If …