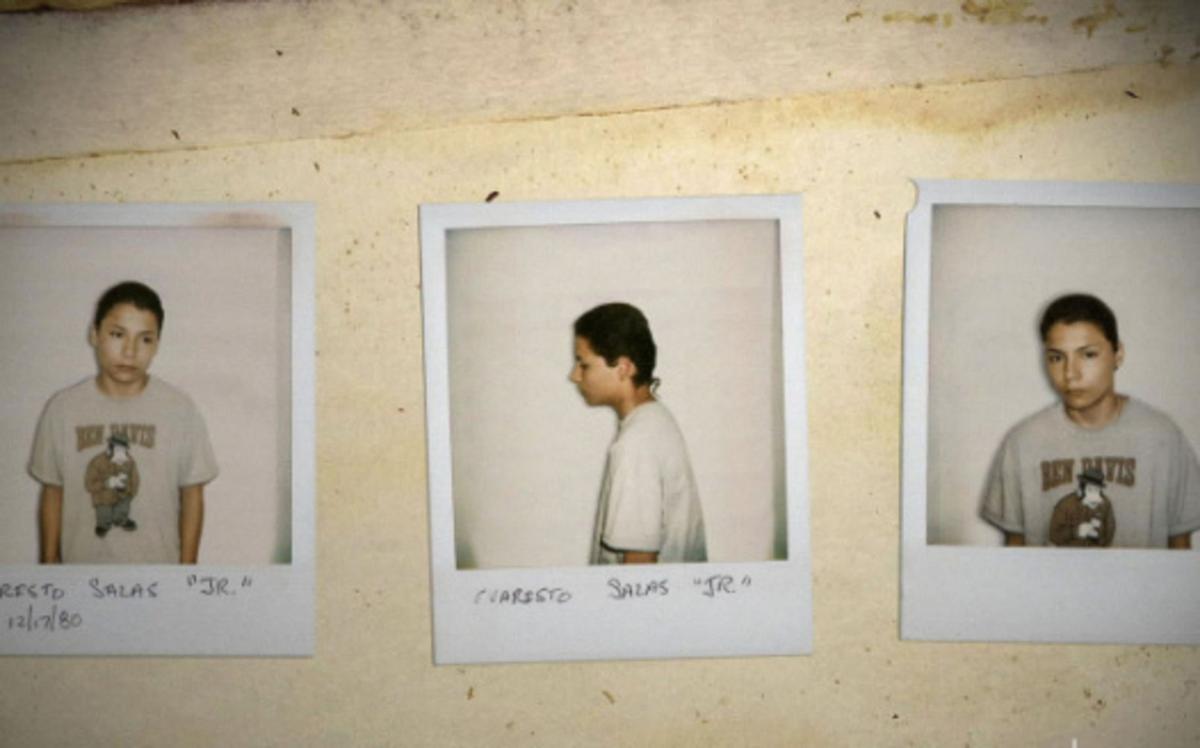 Polaroids of Evaristo Junior Salas taken by the lead investigator of the case, Sgt. Jim Rivard. 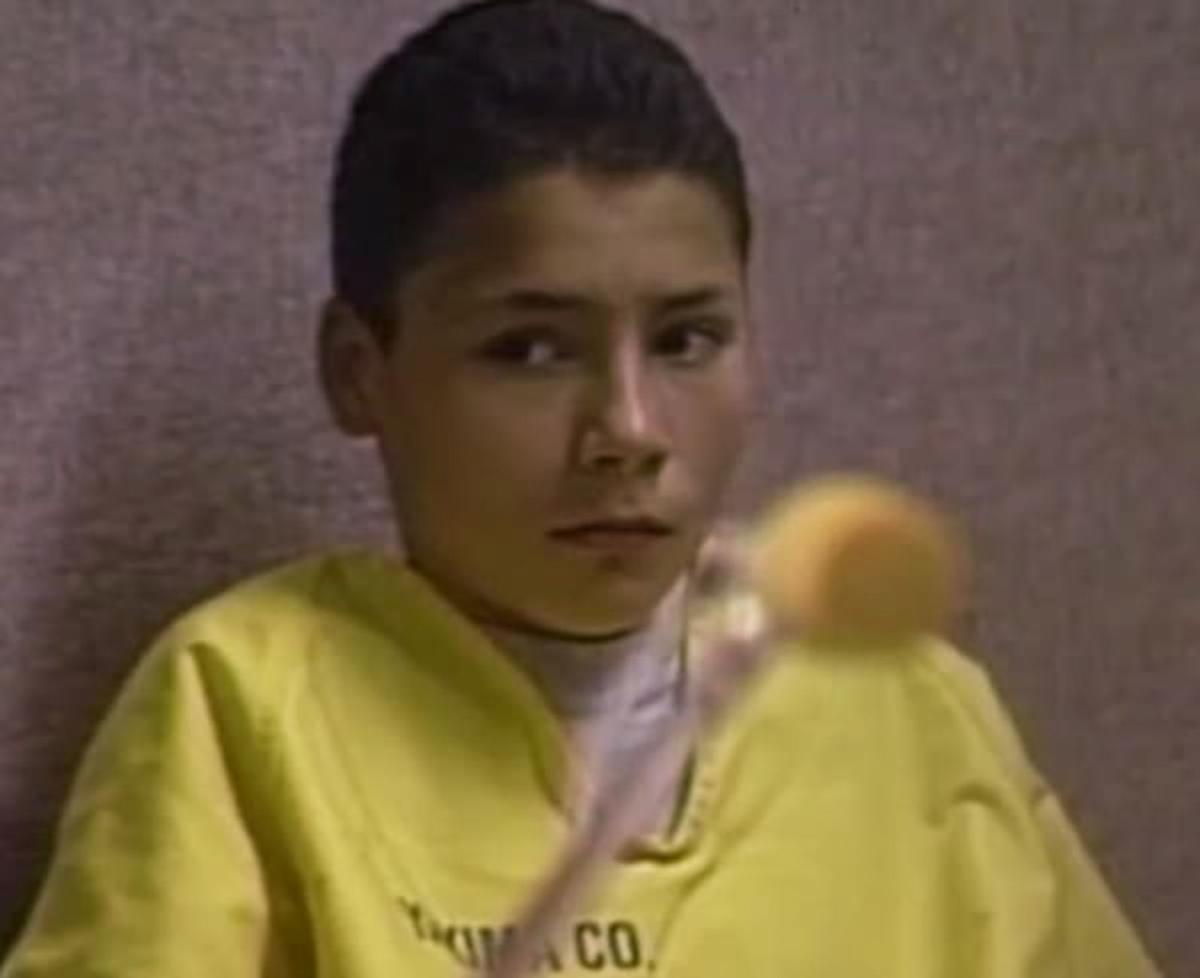 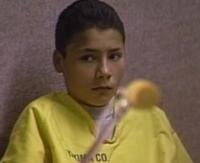 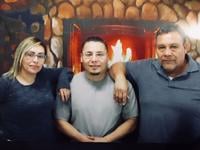 Polaroids of Evaristo Junior Salas taken by the lead investigator of the case, Sgt. Jim Rivard.

Yakima County Superior Court Judge David Elofson said Friday that he needs more time to decide if the lead investigator in a 1995 Sunnyside homicide case should be questioned under oath, noting that the motion has grown to more than 2,000 pages.

“It’s going to take me a while to go through 2,000 pages,” Elofson told defense attorney Laura Shaver. “You have an infinite understanding of this case — I’ve lived with it for two months now.”

At issue is whether Evaristo Junior Salas received a fair trial when he was convicted of the Nov. 14, 1995, shooting death of Jose Arreola, also known as Bugs.

Shaver says new information has come to light that wasn’t presented at trial.

She filed a motion seeking to depose retired Sunnyside Police Sgt. Jim Rivard and give Salas a new trial. The initial hearing on the matter was held May 14.

Deputy prosecutor Bret Roberts argues the evidence brought forward by Shaver isn’t new, and therefore her motion to depose Rivard and provide Salas a new trial should be denied.

Elofson said Friday’s hearing was scheduled by another judge because he was out of town, and that he wasn’t aware of any expectation that he’d be making a decision this soon.

He asked Shaver to narrow her motion to directly pinpoint her reasons for deposing Rivard.

Shaver said she’d resubmit her motion to only focus on deposing Rivard and later file a separate motion seeking a new trial.

A followup hearing has been scheduled for 2 p.m. Aug. 20.

Arreola was sitting in a minitruck outside his girlfriend’s apartment in Sunnyside on a foggy November evening when he was shot twice in the head. His girlfriend had just exited the truck with their infant child when the shooting occurred.

The truck was impounded that night with a police hold placed on it. Four days later, Arreola’s girlfriend, Ofelia Gonzalez, removed the truck from the towing company, cleaned it and sold it, according to police reports.

Former police officer Jose Trevino was upset to find the truck had been removed before he could process it as evidence, police reports said.

Gonzalez told different stories about the truck’s release and who authorized it, police reports said.

Rivard wrote an incident report requesting Gonzalez be charged with rendering criminal assistance in a homicide.

Six months went by without any real leads on who the shooter was before Salas emerged as a suspect.

Rivard said he photographed Salas with a Polaroid camera at the Sunnyside Police Department after he was questioned by a Yakima County Sheriff’s deputy on an unrelated matter.

Rivard said he returned to his office and tossed the photo of Salas on his desk. An informant who was sitting in his office said the boy in the photo was the person he heard bragging about the shooting a while back.

A few days later, Gonzalez was called to the department and identified Salas from a photo lineup as the shooter, police reports said.

Salas, 15 at the time, was tried as an adult and convicted of first-degree murder two days after his 16th birthday. He was sentenced to nearly 33 years in prison. He’s maintained his innocence.

Shaver said reports about the truck being removed from impound before it was processed for evidence were withheld from attorney George Trejo, who defended Salas more than 24 years ago.

Shaver said that according to Arreola’s mother, Gonzalez underwent hypnosis before identifying Salas. She said she accompanied Gonzalez the day she identified Salas.

Such testimonies are inadmissible in court because hypnosis can introduce false memories, Shaver said.

Trejo said none of that information was provided to him. He’s filed a brief supporting Shaver’s motion.

A new probe into Salas’s conviction was prompted by filmmaker Joe Berlinger, known for his documentaries on wrongful convictions.

Berlinger assembled his own investigative team, which turned up information questioning the integrity of the case against Salas. Those findings were highlighted in the documentary “Wrong Man,” released on the STARZ television network in the summer of 2018.

Reviewing the case is anything but simple given the mountain of documents submitted, Elofson said.

There are many documents submitted in the motion that are questionable, he said.

A report of a polygraph test of Gonzalez was included. Lie detector reports aren’t admissible in court.

Also, an investigation into Shaver’s finding by the Washington State Patrol was included. State Patrol investigators interviewed Rivard and Gonzalez and determined they had told the truth in the initial case.

Elofson said he believed those were unsworn testimonies.

Shaver said there were inconsistencies in what Rivard told investigators in the documentary and State Patrol investigators.

If Shaver were to use the State Patrol interview to perjure Rivard, Roberts could argue it’s inadmissible because its unsworn testimony, Elofson said.

“Then we’ll have to have a discussion about that,” he said.

Elofson also said he watched the documentary and is frustrated by it. He said while it was well done as a television production, it didn’t reflect how the courts work in such matters.

“It’s a one-way street,” he said. “It’s contradicting to what we do in the legal system,” he said.