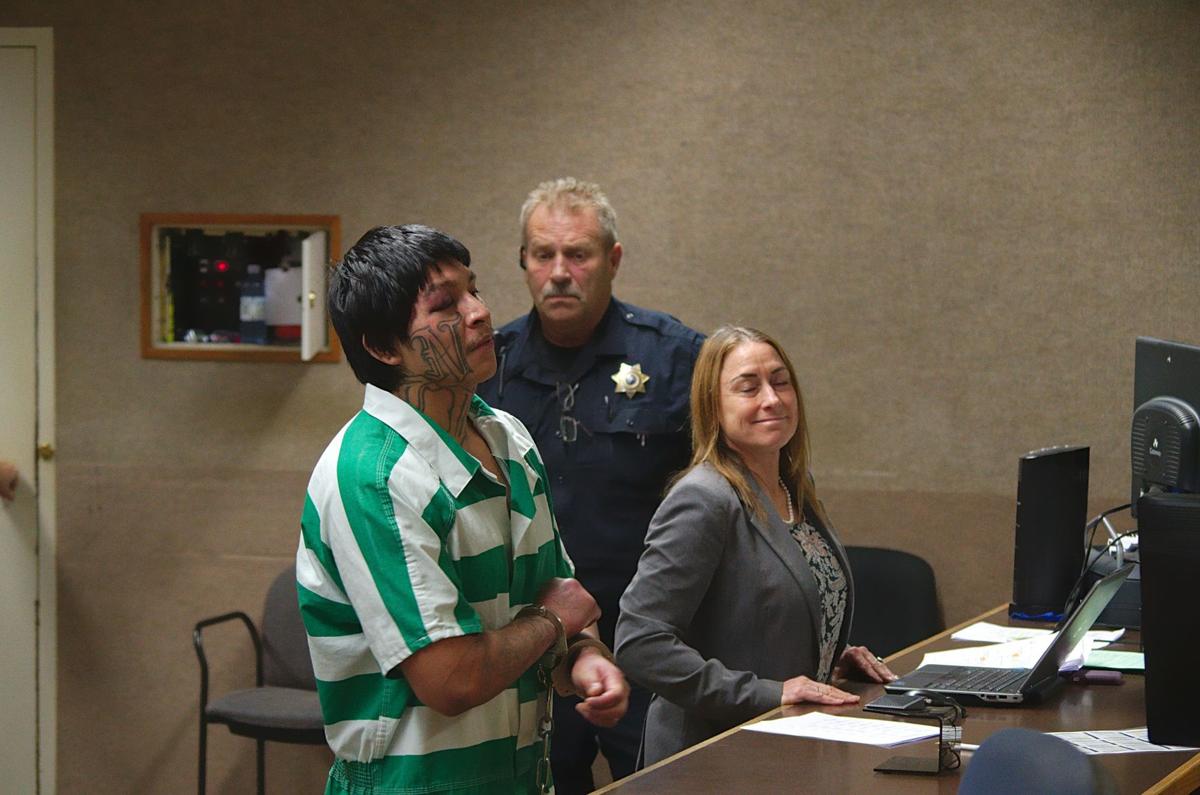 Josue Cohetzaltitla holds up his shackled hands as defense attorney Beth Wehrkamp raises an objection to him being shackled during a preliminary hearing in Yakima County Superior Court on Friday, Nov. 1, 2019. He is accused of attacking two corrections officers during a fight in a jail housing unit. 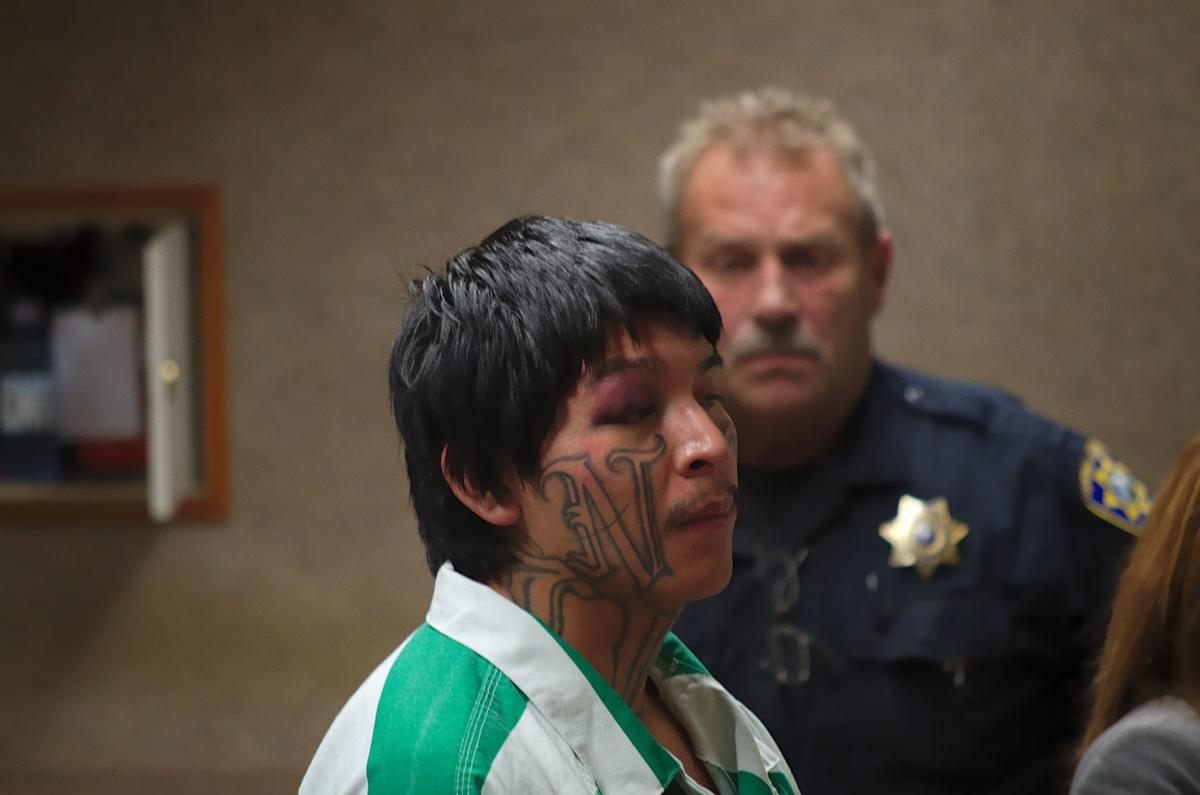 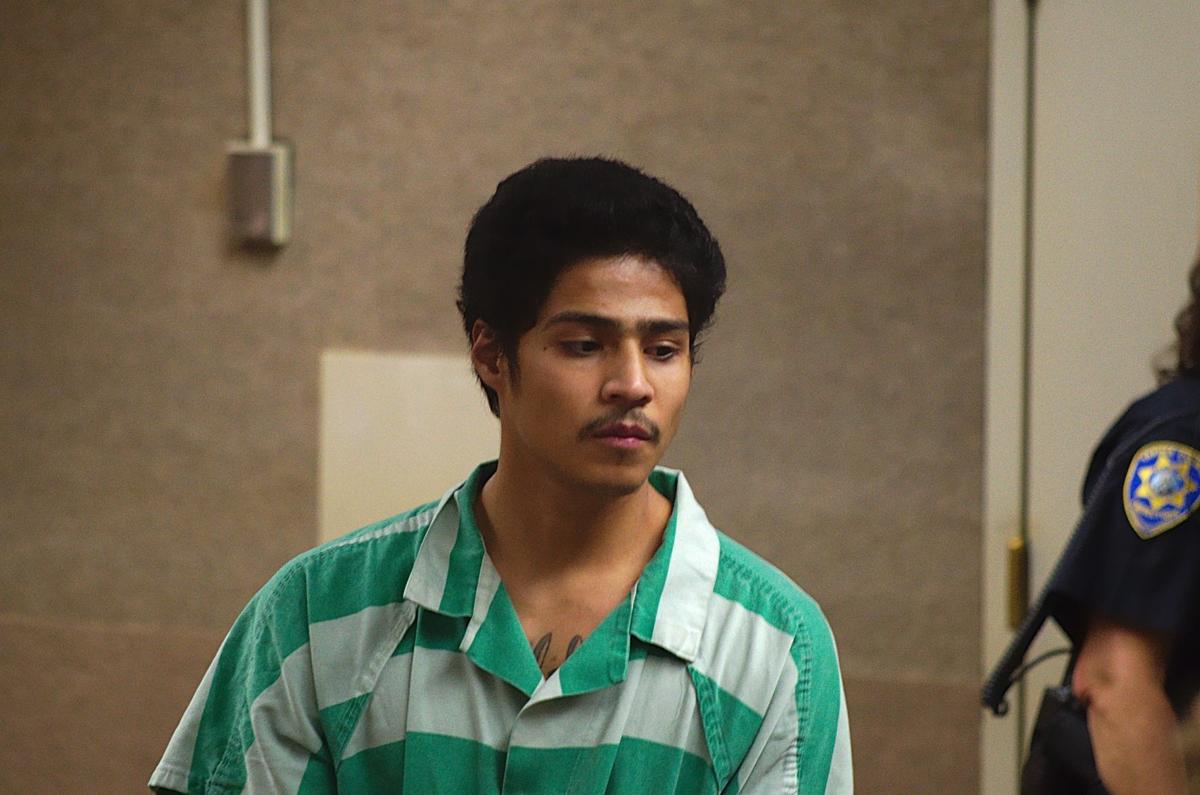 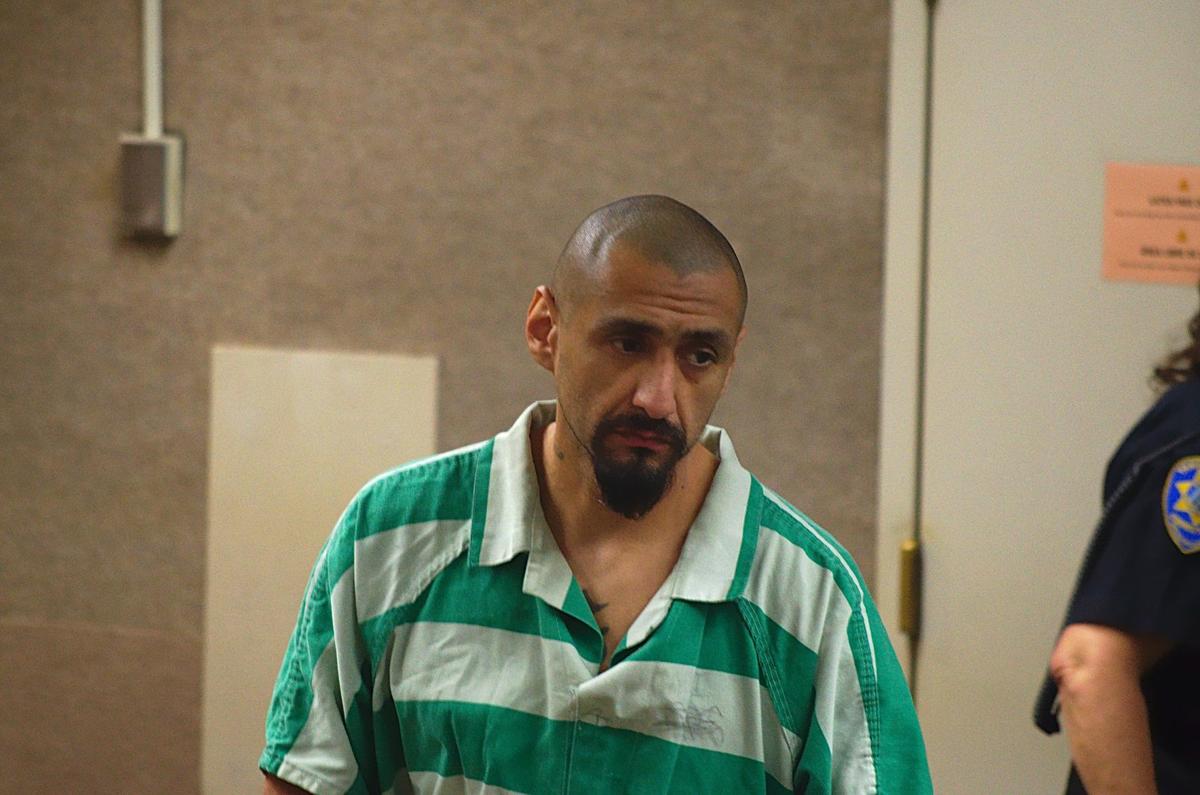 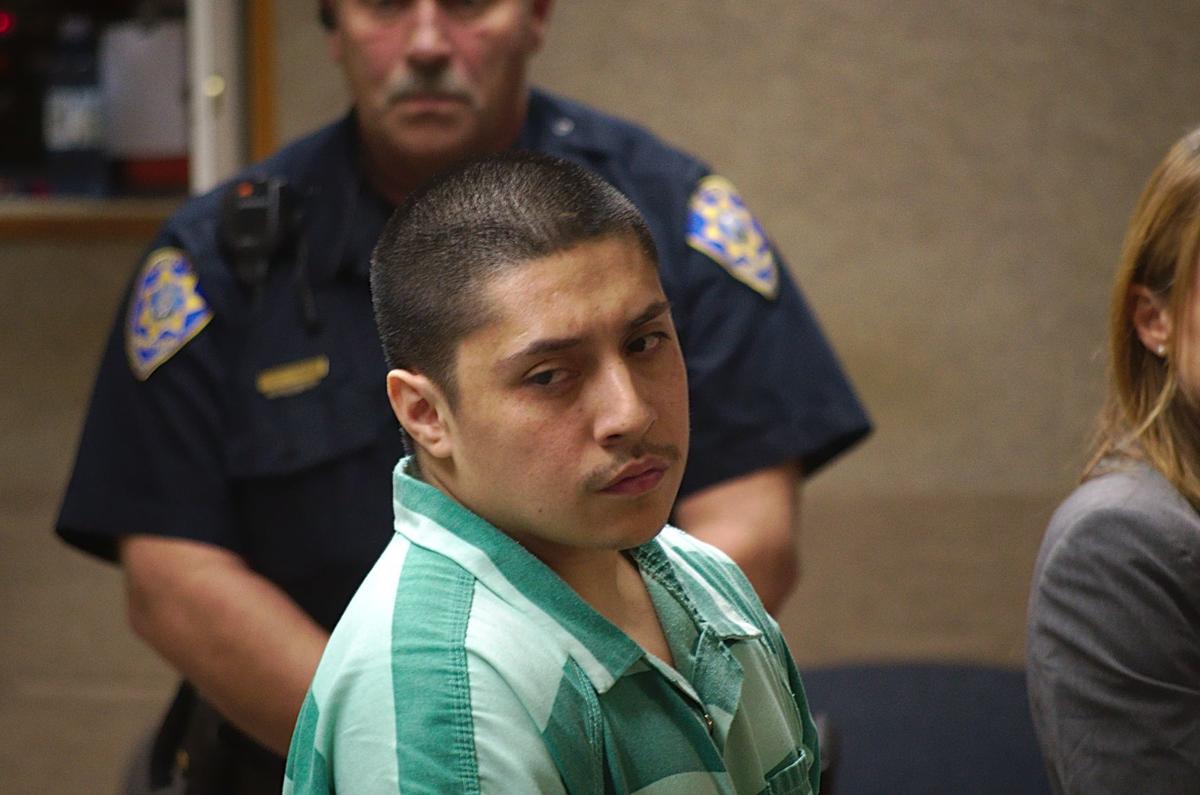 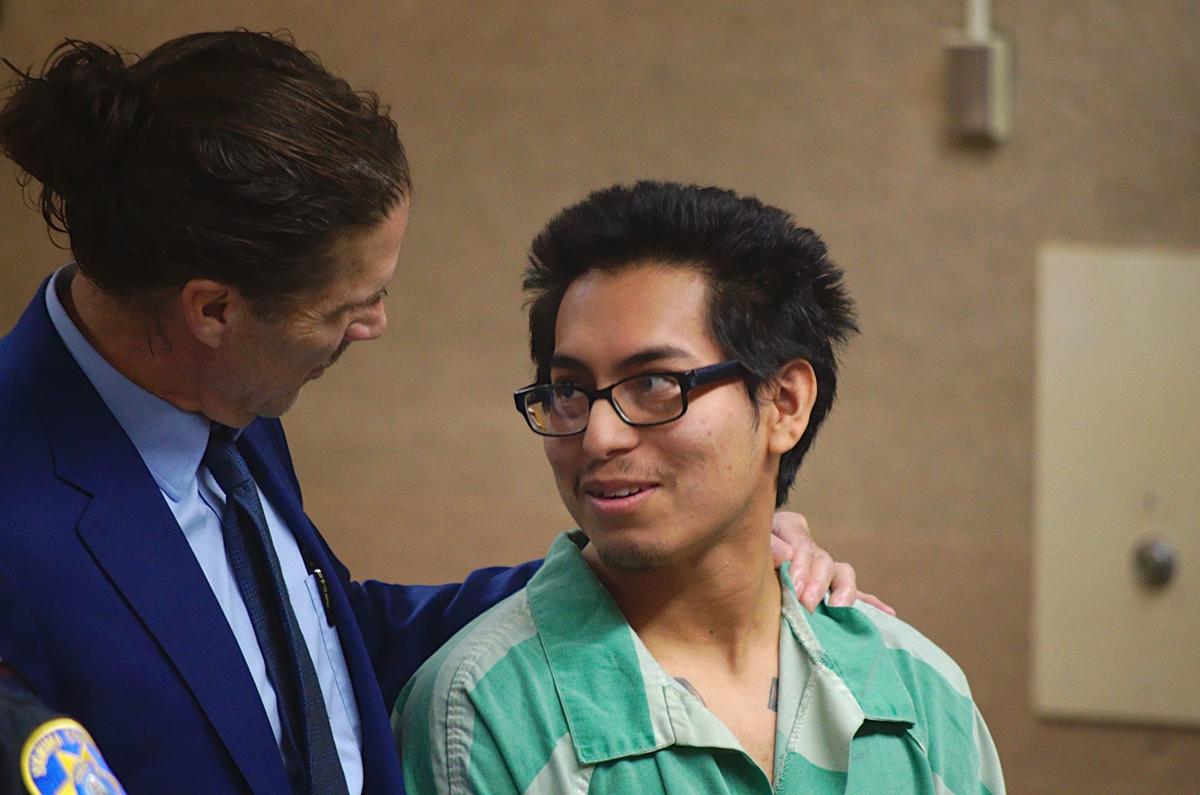 Five inmates at the Yakima County jail are accused of attacking two corrections officers and using an officer’s stun gun to attack other personnel who came to break up the Thursday melee.

Yakima County Superior Court Judge David Elofson ordered the five — including one who was awaiting trial on first-degree assault in a Sunnyside shooting — held on bail ranging from $25,000 to $150,000. Elofson also approved orders for the five to have their hands and ankles shackled as the least-restrictive means of maintaining safety in the courtroom.

The incident began around 7:20 p.m. Thursday as a Yakima County corrections officer conducted a head count in a fourth-floor housing unit at the North Front Street jail, according to a probable cause affidavit filed by sheriff’s detectives. The fourth floor is the jail’s high-security housing unit, and detectives were able to review security camera footage of the incident.

During the fight, the officer’s Taser stun gun fell out of its holster onto the floor, the affidavit said. Another officer arrived in the unit, and two of the five inmates attacked him, according to the affidavit.

When other officers arrived, one of the inmates grabbed the stun gun and fired it at the officers, but the darts did not hit anybody, the affidavit said.

Officers were able to subdue the five, the affidavit said, and the two officers did not suffer serious injuries in the fight. The five were placed in the jail’s Intensive Management Unit on suspicion of custodial assault and disarming a law enforcement officer.

Elofson set Cohetzaltitla’s bail at $150,000. Cohetzaltitla, 22, is awaiting trial on first-degree assault in connection with a 2018 shooting in Sunnyside that left two people injured.

Collazo-Moreno, 21, is being held in lieu of $75,000 bail. He had pleaded guilty Wednesday to violating a protective order.

Hernandez, 27, is being held in lieu of $100,000 bail. He is awaiting trial on two separate first-degree robbery cases, according to court records.

Sanchez-Hernandez, 19, was sentenced in July to nine months in jail for providing criminal assistance. His bail was set at $25,000.

During the hearing, defense attorney Beth Wehrkamp said Cohetzaltitla, Collazo-Moreno and Sanchez-Hernandez objected to being shackled, arguing that it would prejudice their right to a fair trial. Elofson said the fact that they were shackled had no bearing on his rulings.