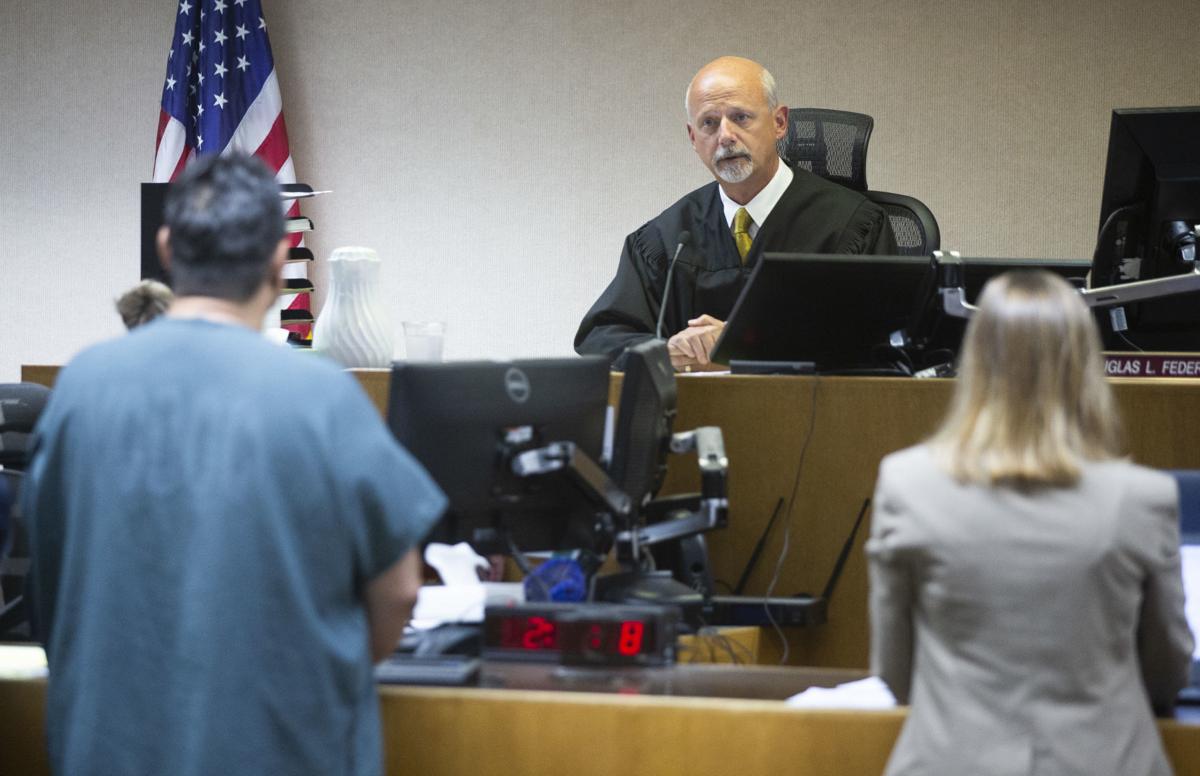 A day after he was arrested on suspicion of official misconduct, former Wapato City Administrator Juan Orozco is a free man.

Yakima County Superior Court Judge Douglas Federspiel ruled that there was no factual basis for Orozco’s arrest Tuesday by Yakima County sheriff’s detectives. He made his ruling during Orozco’s preliminary appearance in the Yakima County jail’s basement courtroom Wednesday.

Orozco was released later in the afternoon. He smiled as he walked out of the courtroom.

“There may be a fact in there, but I have been deprived of the source,” Federspiel said of the probable-cause affidavit, the document filed by detectives explaining the reason for arresting someone. “Many of the statements that are in here are conclusory statements.”

It was a ruling that disappointed some of the Wapato residents who came to the preliminary hearing Wednesday afternoon.

“As soon as (Federspiel) said that we have no probable cause, I started shaking my head,” said Frances Ayres, a Wapato resident who is running for City Council. “We were so excited yesterday.”

Orozco was arrested by sheriff’s deputies Tuesday on suspicion of illegally arranging for his appointment as city administrator when he was mayor, as well as allegedly pocketing $100 that was donated for a city festival.

“This is not an exoneration. This is allowing us to get further information, obtain further facts that could allow us to go back to the court and obtain probable cause,” Brusic said in an interview at his office.

Elected mayor in 2017, Orozco resigned Aug. 31, 2018. His successor, Dora Alvarez-Roa, immediately appointed him to the newly created administrator’s position, with a salary of $95,000.

Sheriff’s detectives allege that Orozco arranged the appointment for his own personal benefit, which constitutes official misconduct, based on the finding of the state auditor’s office.

But Federspiel said the affidavit offered him no independent facts that allowed him to determine if Orozco’s arrest on the felony charge was justifiable.

As for the allegation that Orozco pocketed money donated to the city, Federspiel said he could find no basis for the information provided.

The affidavit cites interviews with two city employees who were connected to the Oct. 4, 2018, incident.

However, Goodin told detectives that Orozco took the cash, saying he was going to give it to then-Clerk/Treasurer Robin Cordova to reimburse her for money she spent on the festival, the affidavit said.

When contacted by detectives, Cordova said she never spent her own money on the festival, and that Orozco never gave her any money, the affidavit said.

The business owner provided the receipt during the investigation, the affidavit said.

Washington state auditors found no record of cash deposits being made to any city bank accounts or recorded in the city’s accounting systems, according to the affidavit.

Cordova and Goodin were subsequently fired and are currently suing the city for wrongful termination, intimidation and harassment.

Brusic earlier said that concerns Orozco might leave the area prompted his arrest.

“There’s always a risk of flight in every felony case,” Brusic said. “We always pay attention to that, as well as public safety. It is our biggest concern as law enforcement. But I know he has family here, and that is a factor as to whether there may be a flight risk.”

Brusic said he reviewed the probable cause affidavit before the arrest, and believed that there was cause to bring Orozco in. But he said it was the judge who decides whether the evidence supports an arrest.

Federspiel defended his decision from the bench, telling audience members that his decision was based solely on the law and not politics or emotion.

“I am trying to be disciplined in my application of the law. I don’t rubber-stamp either side,” Federspiel said.

“I would do the same for the powerful and influential, as well as for those without power or influence. That is something you want from someone sitting on the bench.”

Orozco resigned in July and agreed to waive any severance as part of an agreement with the state Attorney General’s Office. Attorney General Bob Ferguson sued the city, alleging Orozco’s “scheme” to be appointed administrator violated the code of ethics for municipal employees and the Open and Public Meetings Act.

The city settled that lawsuit earlier this week.

Officials at the state Auditor’s Office said they completed their work in Wapato and can’t comment on the legal proceedings.