YAKIMA, Wash. — A woman is suing the city of Granger, alleging the city failed to properly supervise former police chief Robert Perales during his tenure.

The lawsuit filed recently in U.S. District Court in Yakima by Perales’ ex-girlfriend also names current Mayor Jose Trevino and at least four of his predecessors as co-defendants, as well as Perales.

Bill Pickett, Perales’ attorney, said his client has not been served with the lawsuit and that he could not comment on it. 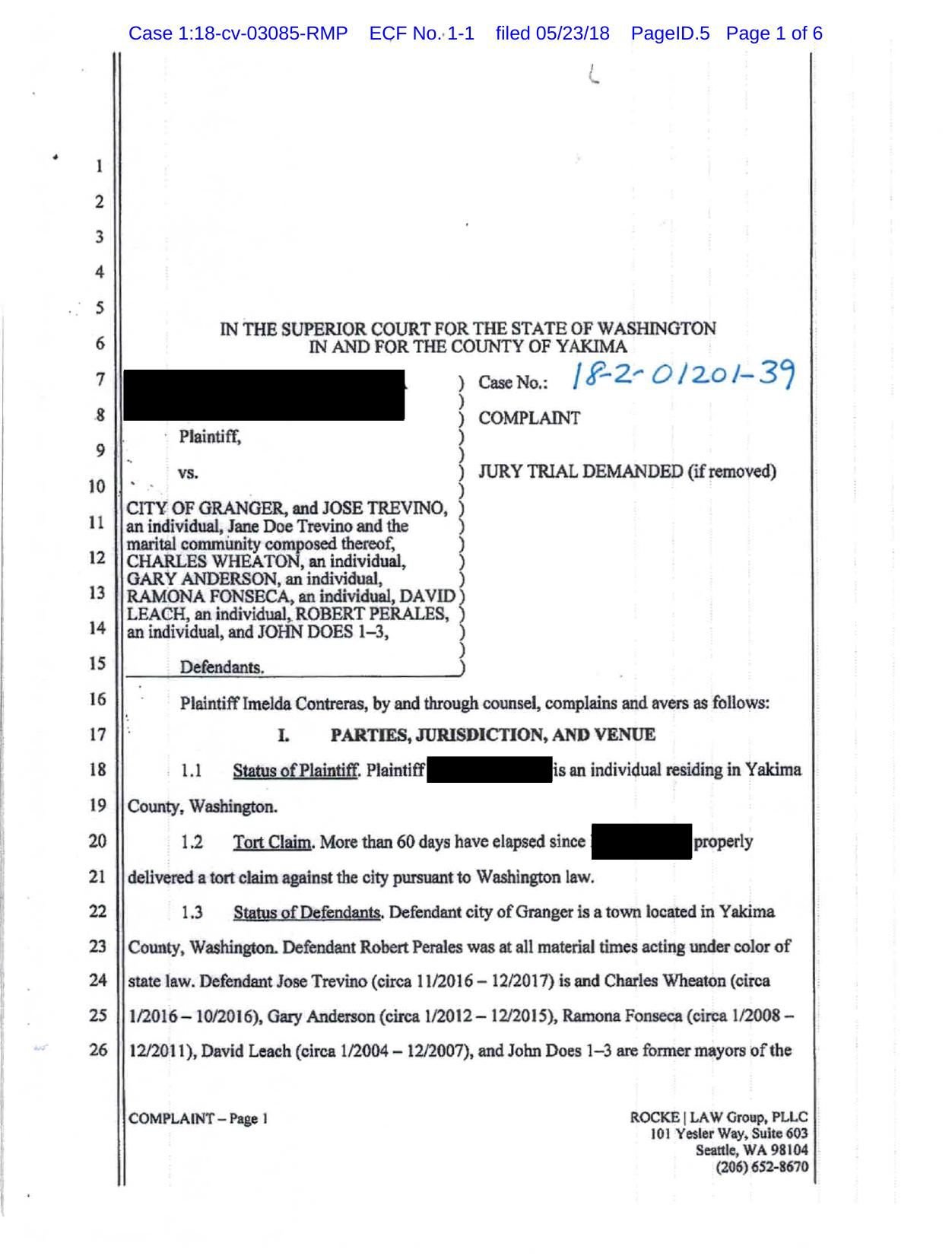 Calls to the city were referred to Kirk Ehlis, the city’s attorney. Ehlis did not return phone calls by press time.

Perales was with the Granger department from 1995 until August 2017, when he resigned almost three months after being convicted of lying under oath. He was subsequently stripped of his law-enforcement credentials.

Attempts to contact the woman’s attorney, Aaron Rocke of Seattle, were not successful. He did not respond to phone calls by press time.

In the lawsuit, Perales’ ex-girlfriend alleges that he had a prior history of domestic violence before he was hired by Granger and that city officials failed to ensure he did not engage in abusive behavior while he was a city employee.

The woman alleges that Perales was abusive to her during their eight-year relationship, which ended in 2014, and that Perales stalked her after they broke up. In some instances, Perales approached her while in uniform and in his city-issued patrol car, according to court records.

In one instance, Perales came to her workplace in uniform to confront her about the breakup and refused to leave, according to court records. She said Perales grabbed her arm to keep her from leaving, tried to forcibly hug and kiss her, and made a veiled threat to kill her, the lawsuit said.

Initially charged with felony stalking and perjury, Perales entered an Alford plea to lying under oath for saying he did not go to the woman’s house in his patrol car when GPS records showed that he had. An Alford plea allows someone to maintain innocence while acknowledging that prosecutors could have persuaded a jury to convict.

GRANGER, Wash. -- Nearly a year after being convicted for lying under oath, former longtime Granger police Chief Robert Perales has lost his l…