Dennis Overacker was checking on friends in the White Swan area when he was shot and killed in front of their home Saturday, said his sister, Karen Overacker.

“It’s all confusing,” she said Monday. “He knew the people that lived in the house, but he didn’t know the people who killed him."

Overacker was one of five people killed Saturday. Four suspects have been arrested, and charges of assault with a dangerous weapon were filed against two of them — James Dean Cloud and Donovan Quinn Cloud — Monday in U.S. District Court.

Yakima County Coroner Jim Curtice said autopsies began Monday, and he expects them to be completed Tuesday afternoon, at which time he’ll release more information about the victims.

All the victims were adults, and officials were trying to determine if they were related, Sheriff Robert Udell told The Associated Press.

Some were known to law enforcement for being involved in illegal drug activities, the sheriff said.

The incident occurred on tribal land deep within the Yakama Reservation, where the FBI typically leads homicide investigations.

Karen Overacker said she learned some details of the incident from her cousin, Lindell LaFollette, who was with her brother when he was killed.

Her brother pulled up to the gate of a home in the 5100 block of Medicine Valley Road about 4 p.m. Saturday and found a group who told him the people who lived there didn’t want to be bothered, LaFollette told Karen Overacker.

When her brother drove up to the residence, LaFollette told Karen Overacker, a man came outside and shot him.

Although he was hit by the gunfire, LaFollete leaned over to the driver's side, stepped on the gas and sped away, according to Karen Overacker.

He drove to the 3400 block of Evans Road and called 911, but Overacker was dead, she said.

There were two other passengers in the truck, and one also was grazed by the gunfire, Karen Overacker said.

According to police, four people were killed inside the home.

A criminal complaint filed in U.S. District court alleges that James Cloud and Donovan Cloud shot and killed several people inside the home. 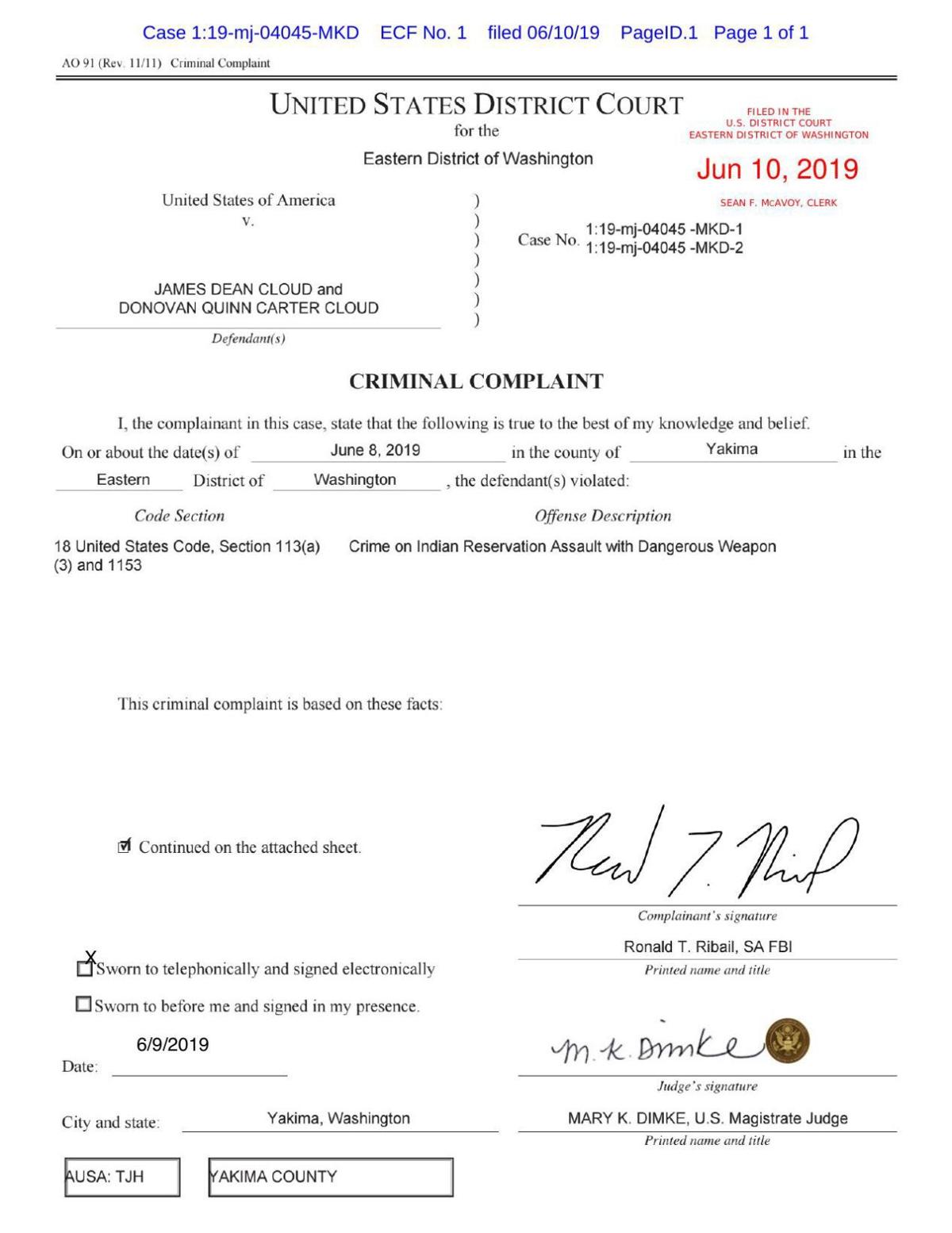 Two others were with the Clouds — Morris Jackson and Natasha Jackson, according to the federal complaint by the FBI.

The four stole a vehicle from the property where the killings occurred, but it broke down about 10 miles away. The Jacksons separated from the Clouds on foot and were soon arrested, the complaint said.

A short time later, two gun-toting men showed up at a nearby home where one of the men grabbed a child, put a gun to his head and demanded the residents give him the keys to their vehicle. The child escaped when the keys were handed over, the complaint said.

James Cloud, 35, was arrested early Monday morning in the 3500 block of Campbell Road in Wapato, according to the Yakima County Sheriff’s Office.

Karen Overacker said she didn’t fully understand the relationship her brother had with the people killed in the home.

“I was told my brother went out there to check on those people frequently,” she said. “I don’t know if they were elderly or had health issues or what.”

The Associated Press contributed to this story.

Prior to Saturday night, the worst homicide case in Yakima County’s recent history happened 26 years ago.