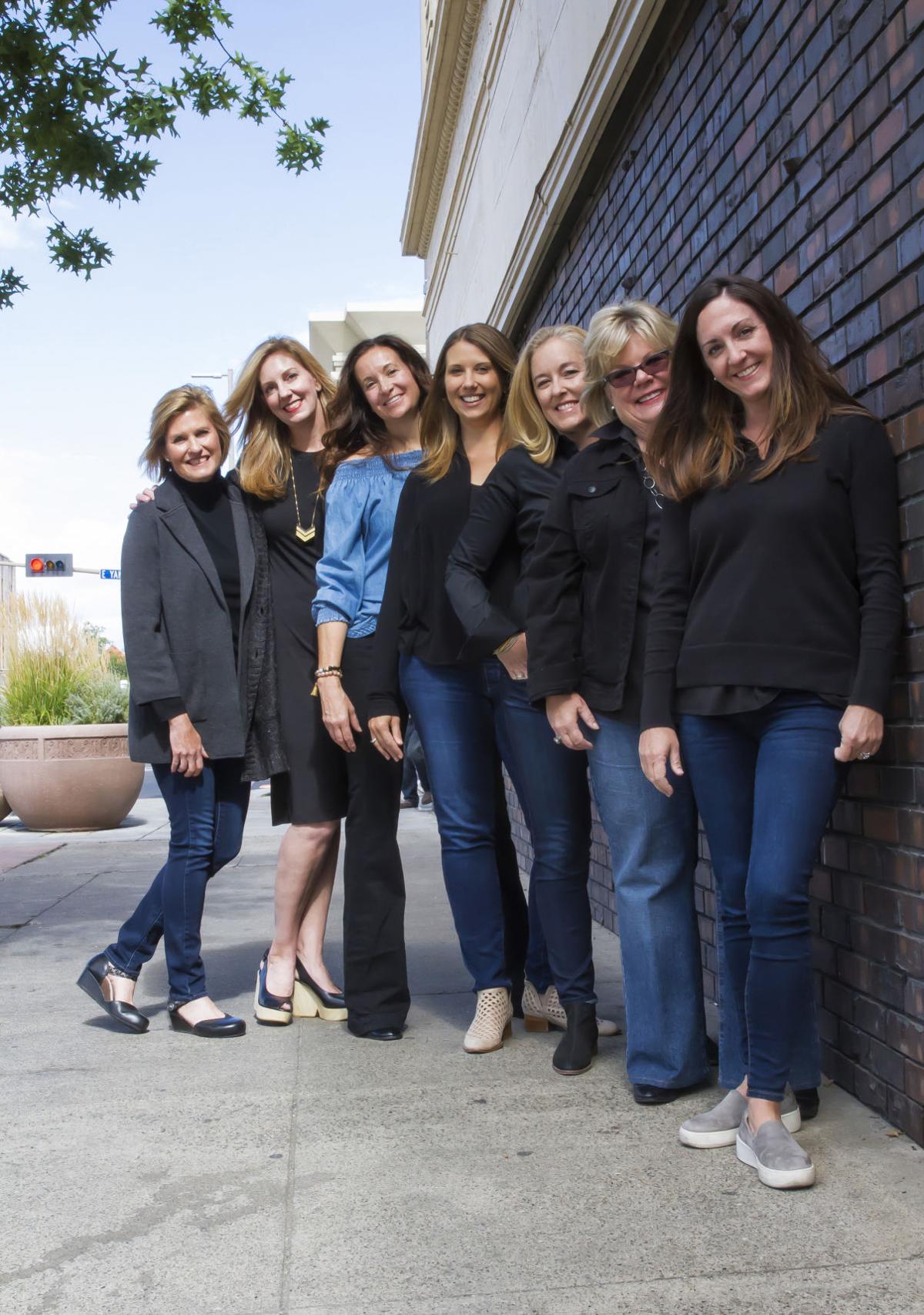 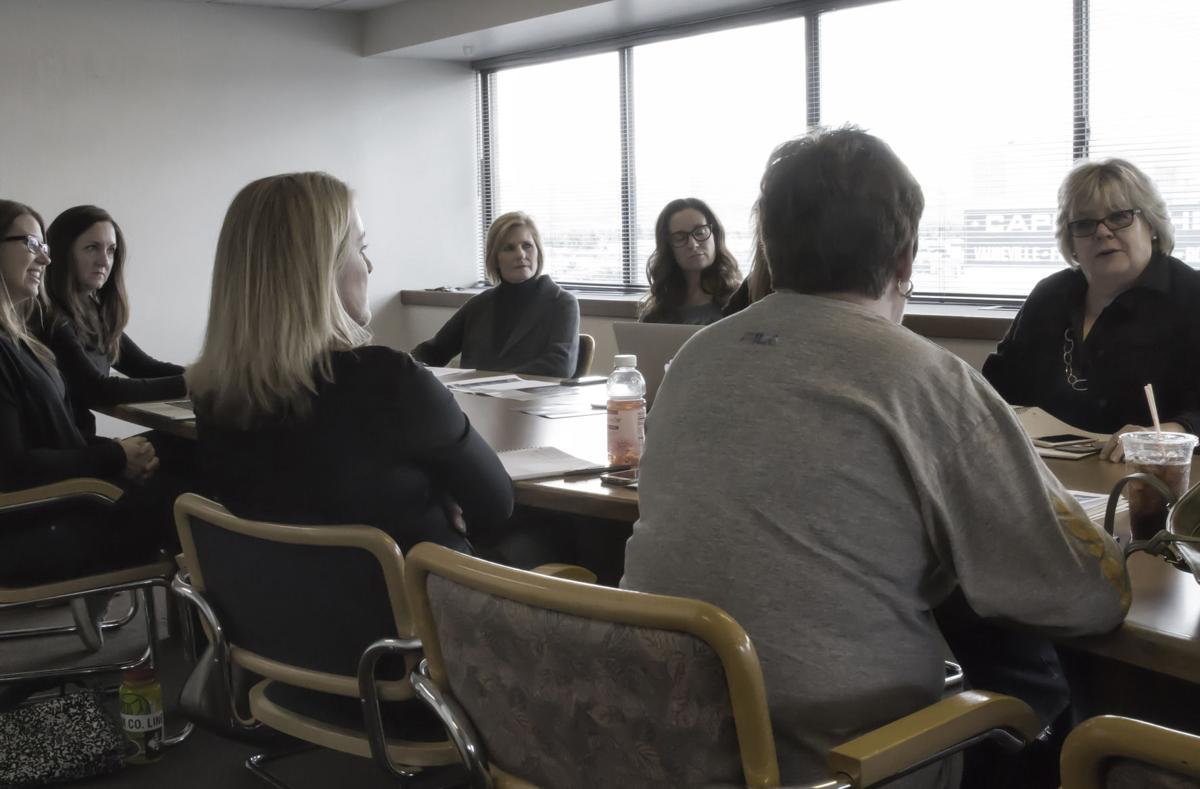 For the informal group of 15 men and women on the committee, no goal is too big when it comes to fundraising for the proposed Yakima Central Plaza. They meet several times a month to develop their fundraising strategies. Photo by Shannon Mahre 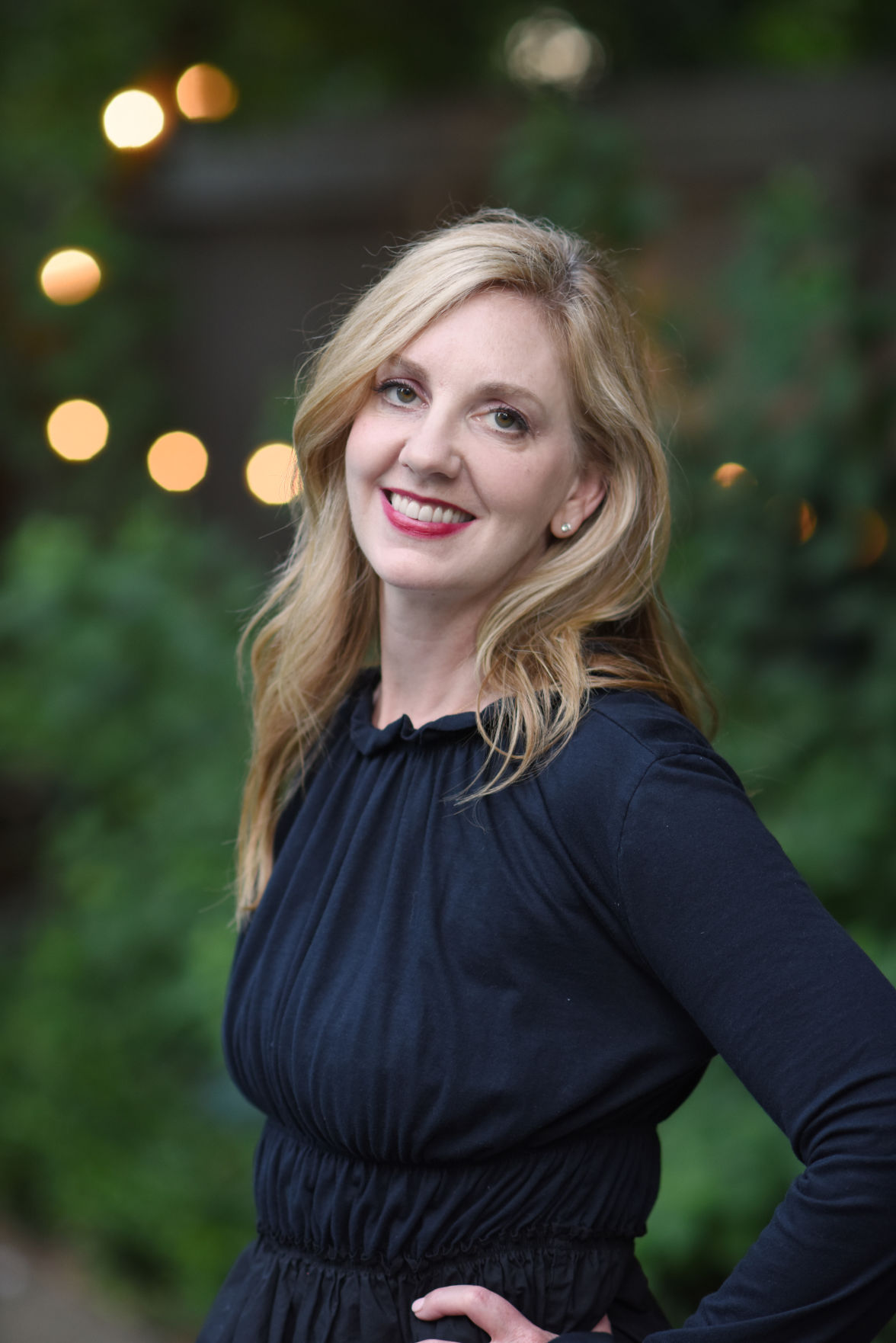 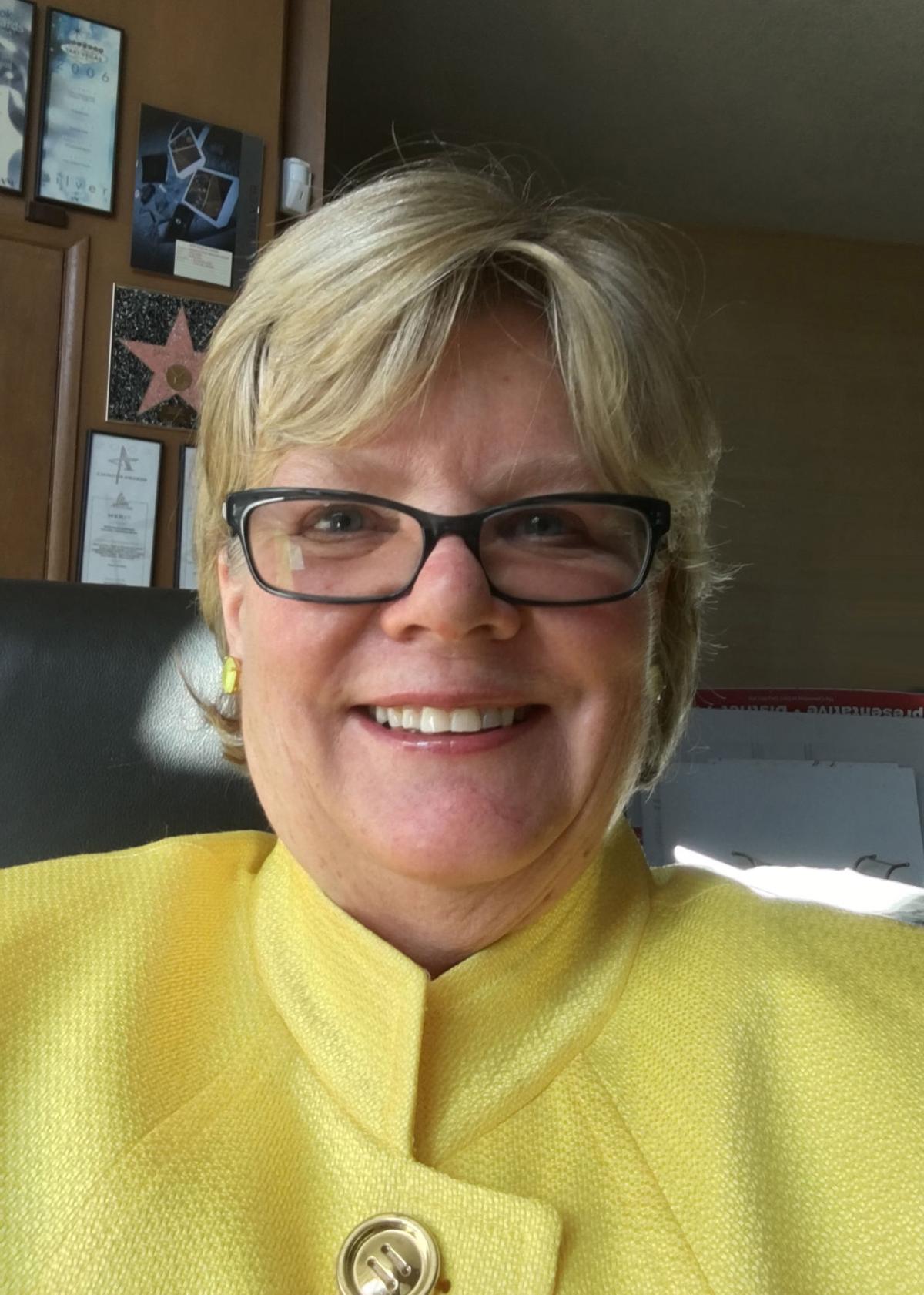 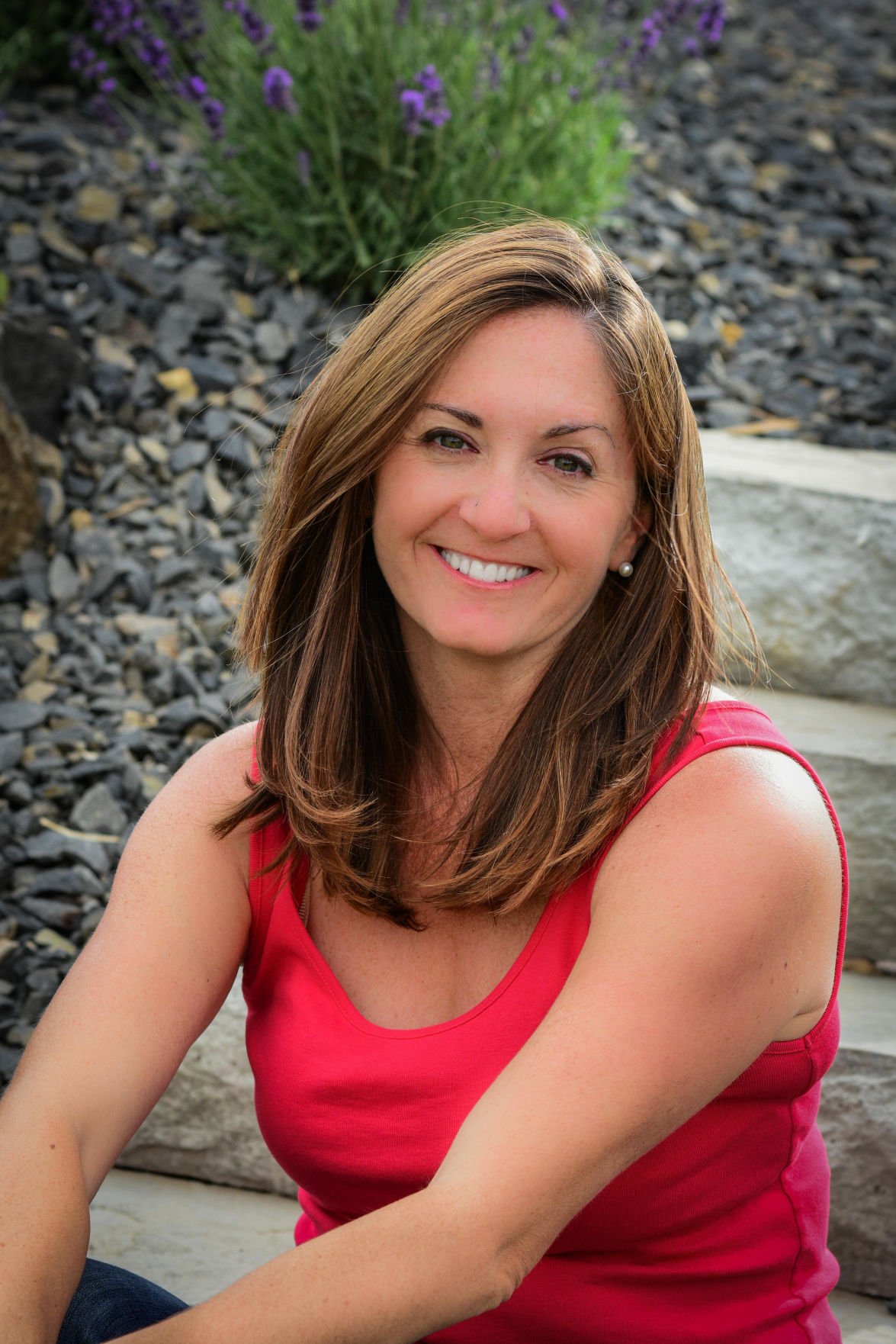 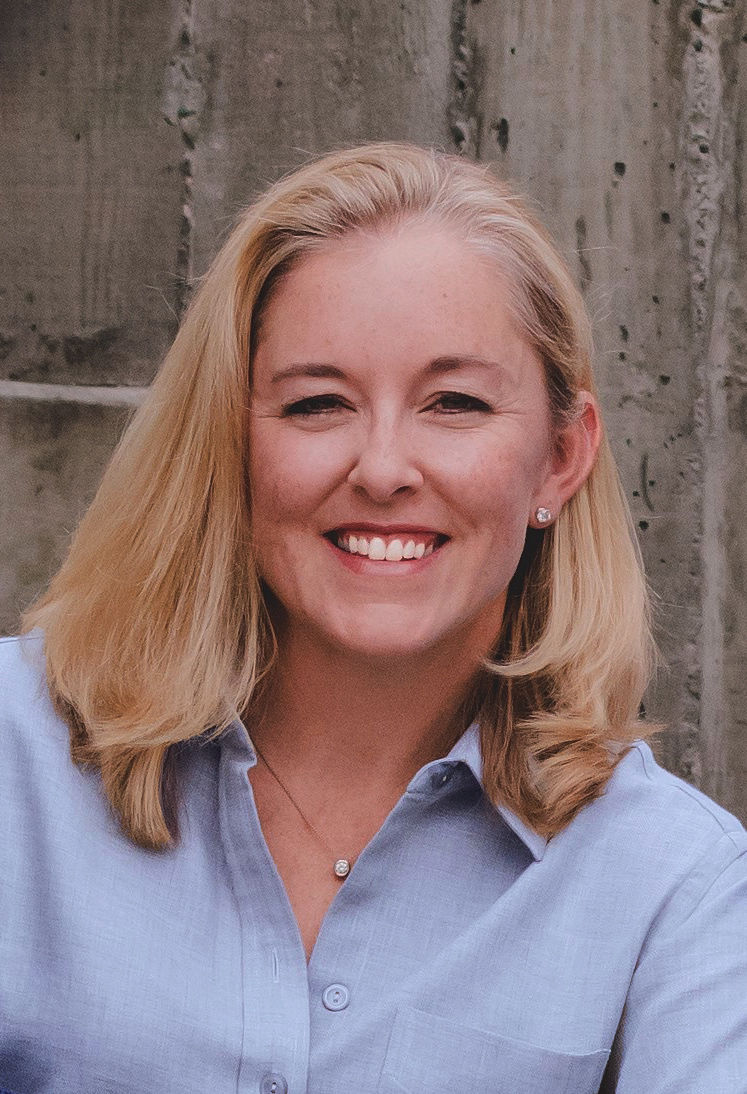 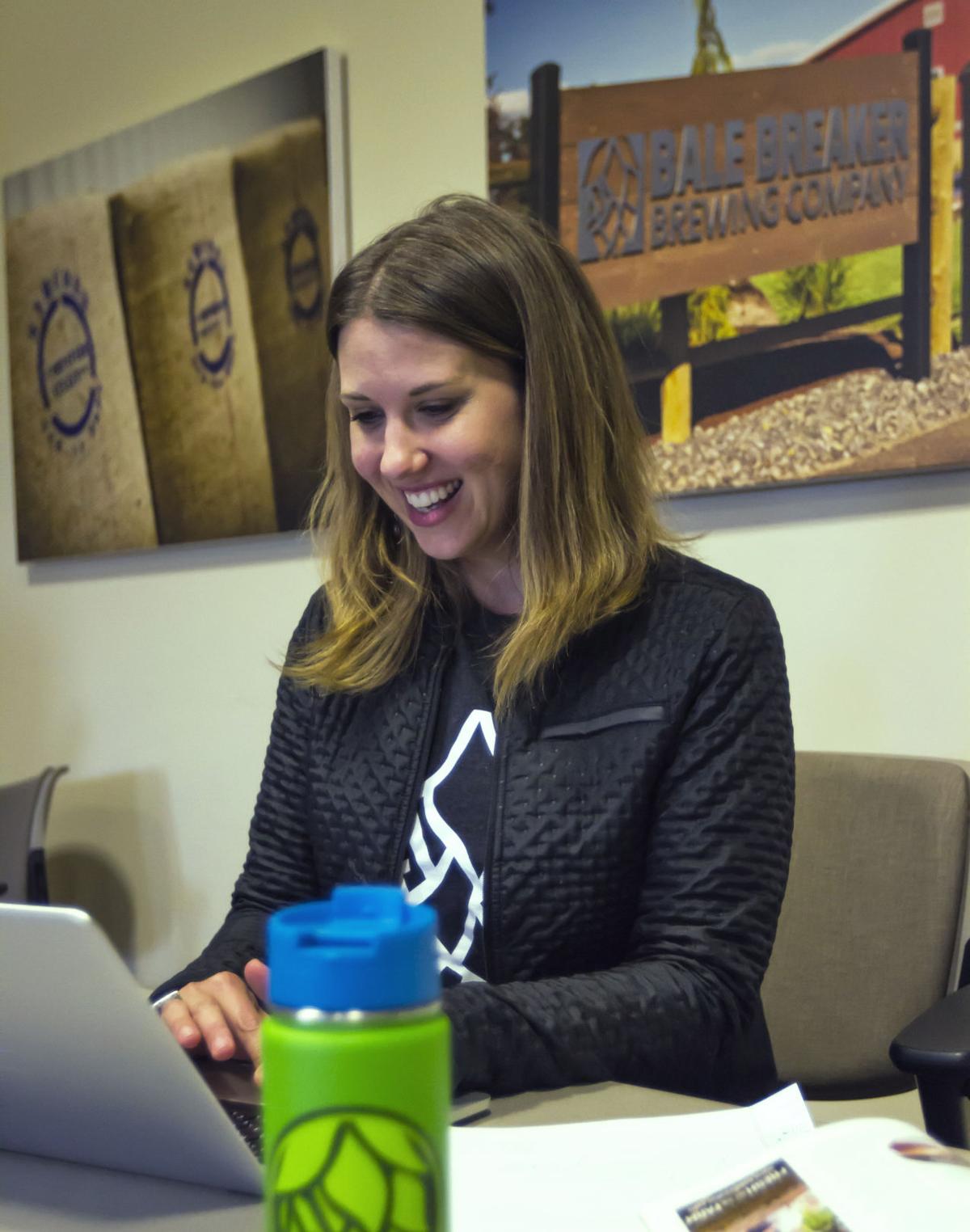 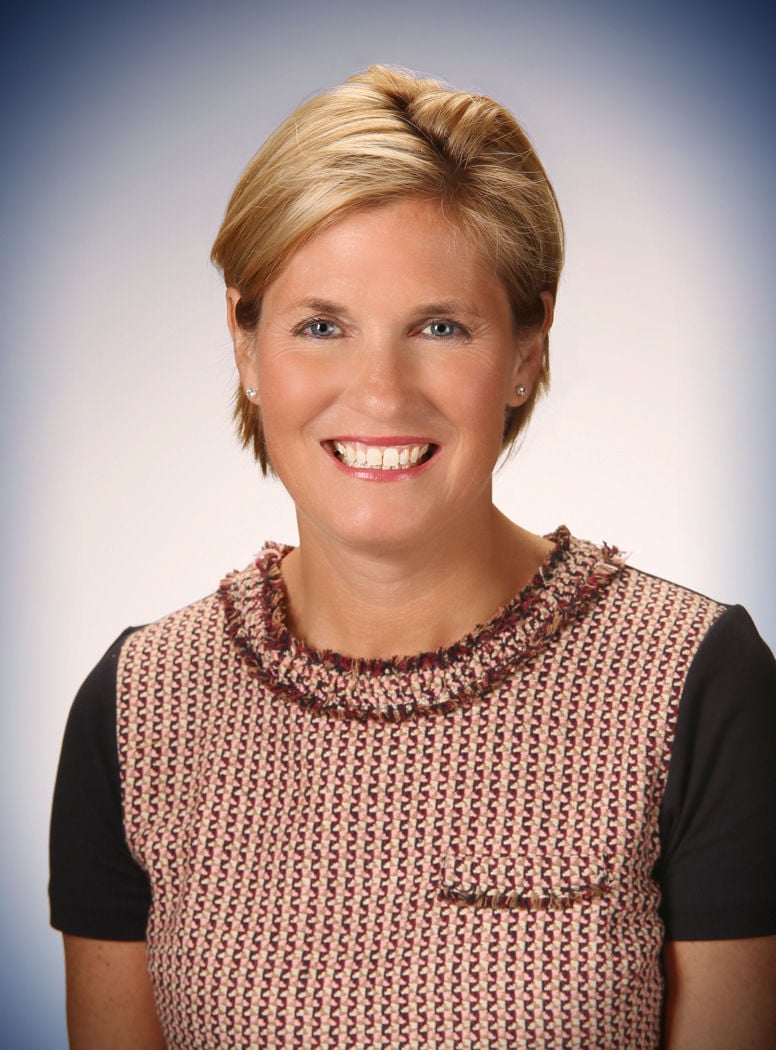 For the informal group of 15 men and women on the committee, no goal is too big when it comes to fundraising for the proposed Yakima Central Plaza. They meet several times a month to develop their fundraising strategies. Photo by Shannon Mahre

For the Downtown Plaza Committee, an informal group of 15 community member volunteers, no goal is too big or task too intimidating when it comes to fundraising for the proposed Yakima Central Plaza. The group of mostly women from various professional and personal backgrounds is deeply committed to seeing the project succeed. They meet several times a month to develop fundraising and communication strategies.

“We all care about downtown and gravitated toward the project individually, but our shared goal is the same; to create a vibrant and vital downtown in Yakima for future generations,” said Bridget Russel, “I Heart Yakima” co-founder and communication consultant.

In 2012, the city of Yakima surveyed residents to determine important priorities for the future of Yakima. Economic development was overwhelmingly the top priority of those surveyed. City leaders hired economic development experts, and guided by input from nine public meetings along with research and case studies of comparable communities from around the country, developed a downtown master plan. Recommended as the first step in the master plan was a central plaza.

After three more years and many more meetings, consultants were hired, roadblocks were addressed and passionate opinions were listened to. In 2016, the Yakima City Council voted 5-2 in favor of moving forward with developing a downtown central plaza and later decided that $9 million in private funds needed to be committed to the project by the end of 2017.

“I remember sitting at Gilbert Cellars after one of the master plan public meetings a few years ago, and we were talking about the plaza and it was painfully apparent there was no group or agency to spearhead the plan,” said Russel. “Out of those public meetings, a group of us bubbled to the surface that said ‘yes, let’s make this happen. Yakima needs this.’”

Russel, who grew up in Yakima, returned to the Valley seven years ago with her husband and two children from the Seattle area. Jumping in with two feet, Russel has thrown herself into civic projects around town, forming the non-profit organization I Heart Yakima, with two other local women. I Heart Yakima is a movement to change negative perceptions of how people who live in Yakima view their city and community. Russel also works as a communications consultant remotely for an agency in Seattle called Rational Interaction.

The volunteers have faced criticism for the plaza project. Concerns over a lack of parking downtown, long-term sustainability as well as overall cost have been brought up on social media sites, in the Yakima Herald-Republic and other media and at public meetings over the course of the planning process. The committee remains undeterred, confident the plaza will jumpstart economic revitalization and act as an anchor for future downtown development.

“This project is my Mount Everest,” said Dana Dwinell, owner of D2 Communications. “Yakima has a long history of gathering a core group of people together and making important contributions to our community. The medical school, Wine Yakima Valley, the Capitol Theatre, the SunDome and our parks system are just a few examples of some of those contributions. And now it’s time to make the plaza happen. Yakima deserves this. Our future generations deserve this.”

Dwinell was born and raised in Yakima but spent a decade in the Seattle area attending the University of Washington and working in television production. Dwinell returned to Yakima as the marketing director for former Yakima business, The Baby Jogger Company in 1990. She now owns the marketing and advertising agency D2 Communications which she has run for over 20 years.

“As I work with this extraordinary group of volunteers and we face misperceptions and concerns over the plaza project, I am reminded of years ago when the Capitol Theatre burned down and the proposal was to build a parking garage in its place. But a group of dedicated and passionate volunteers said ‘no way’ and did the hard work to fundraise and rebuild the Capitol Theatre. And now we can’t imagine the idea or even remember that we almost did away with the building all those years ago,” Addy Logsdon said.

Logsdon is a fundraising and communications consultant who works for several organizations locally in Yakima including Sozo Sports and the Downtown Plaza Committee. She is also a freelance travel writer who contributes regularly to Yakima Magazine.

“What is extraordinary about this group of volunteers is they are working towards a goal without a budget, an organization backing them and with no formal training or experience in fundraising and yet they have raised $6 million,” Logsdon said. “This situation is unprecedented and something I’ve never experienced before. It has been an honor to work with such driven and focused women.”

The group has developed a grass-roots fundraising strategy, gathering small groups of people together in private homes to promote the plaza project and ask guests to consider making a donation or pledge to the project. Sometimes called plaza parties, these gatherings are being held almost weekly as the group works to contact as many people as possible.

“The purpose behind the plaza parties is pretty simple, we want to get the word out and raise money for this project,” said Amy McKinney, downtown plaza committee volunteer and local business owner. “The gatherings are a great opportunity to share information, do some education and give people time to ask questions. I love that I get to watch people get energized for this project as they envision what the next chapter for Yakima will be.”

A former schoolteacher in Wapato, McKinney and her husband Mike own McKinney Auto Glass. Active in Junior League and in her children’s schools, McKinney jumped at the opportunity to be involved with the plaza project. Thinking ahead to the future, many volunteers expressed a desire to see their children return to Yakima as adults. Their hope is a revitalized downtown with additional restaurants, shopping and downtown living would add quality of life for young professionals coming to Yakima in their twenties and thirties.

“This project is so significant and meaningful to our community, we are asking people to think about their gifts in the same way. This isn’t one or two people giving big gifts to make this project happen, it’s the community coming together to make it happen,” said Jessica Moskwa Hawkins, I Heart Yakima co-founder and Bale Breaker Brewing Company marketing manager.

“None of us are professional fundraisers, nor would any of us say fundraising is something we enjoy or feel particularly comfortable doing, but creating a network of information going out to the public is essential, so we keep at it every day. We don’t have a marketing budget, we don’t have an organization supporting us, everything we’ve accomplished is through sheer will and bootstrapping,” Hawkins said.

The 123,000 square foot proposed plaza would be located between the Capitol Theatre and the Larson Building on South Third Street and would include water features, a splash pad and water jets for children to play in, seating areas, a stage for public and private events, a permanent covered structure to house the Yakima Farmers Market and 54 parking spots for disabled and elderly parking as well as additional on-street angled parking. The plaza design includes extensive landscaping with trees and bushes to create shady areas for gathering even in the hot summer months.

To date, the committee has raised just over $6 million in private pledges and donations. This project is unique in that the Yakima City Council has required the entire budget for the project be raised before construction begins. The plaza committee has until January 1, 2018 to complete their fundraising, a date set by the City Council.

The design of the plaza echoes elements of the Yakima Valley, highlighting the natural beauty of the area. World renowned landscape architect and Yakima native Kathryn Gustafson developed the space to celebrate the natural and cultural identity of the Valley.

“When I think about Yakima in the future, I hope my kids will move back here after college,” adds McKinney, “and when they do, downtown is bustling with activity and the plaza is the central hub for restaurants, live music, downtown living, great shops and so much more.”