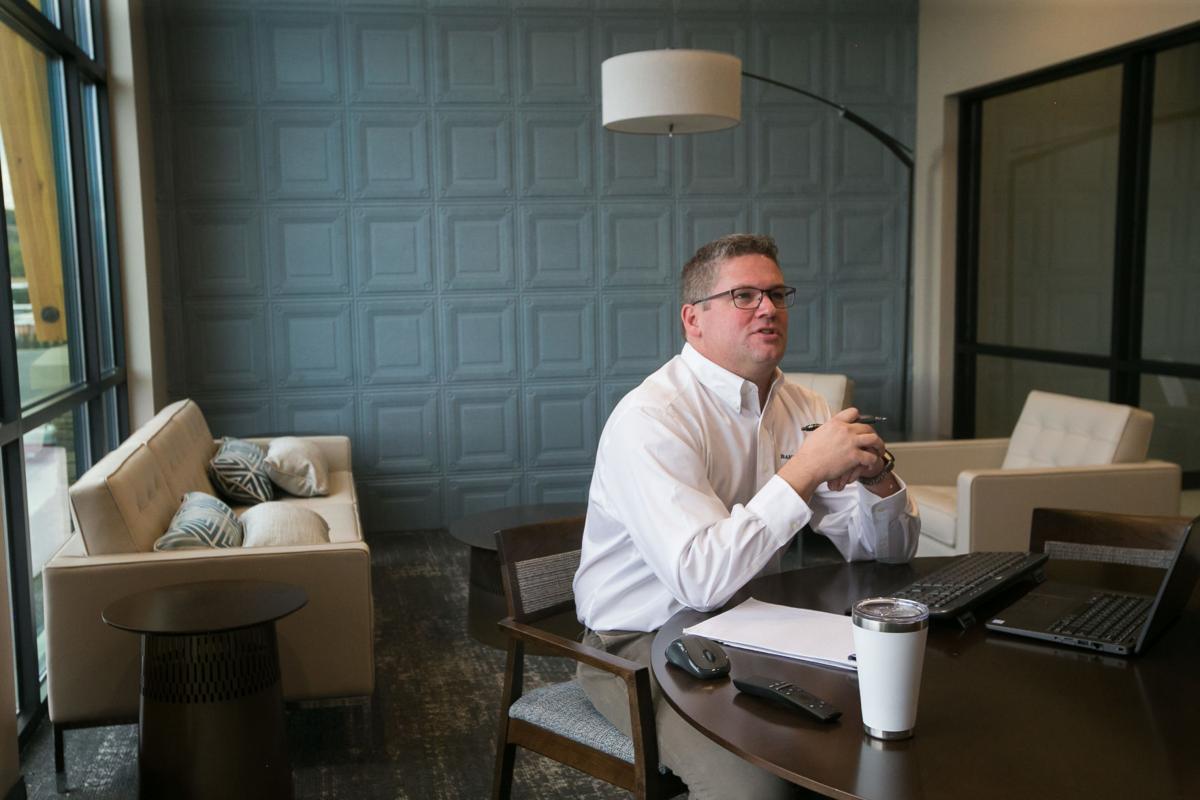 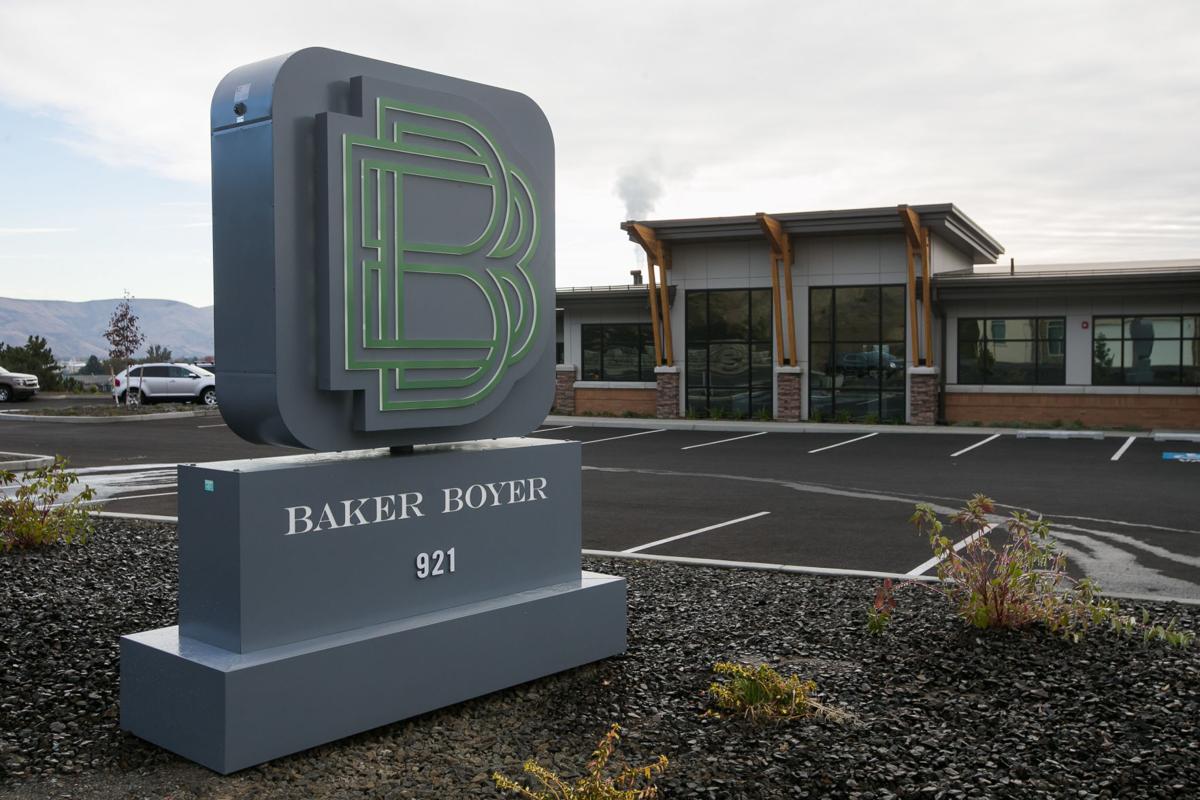 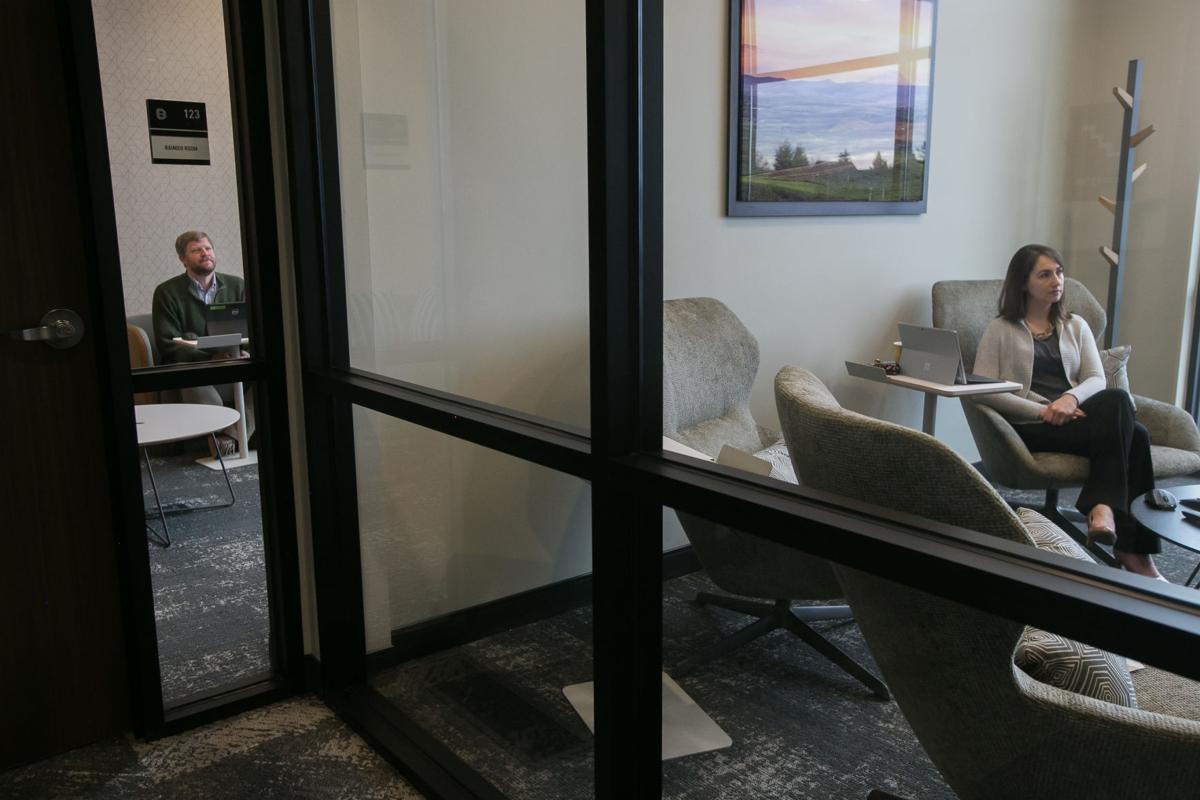 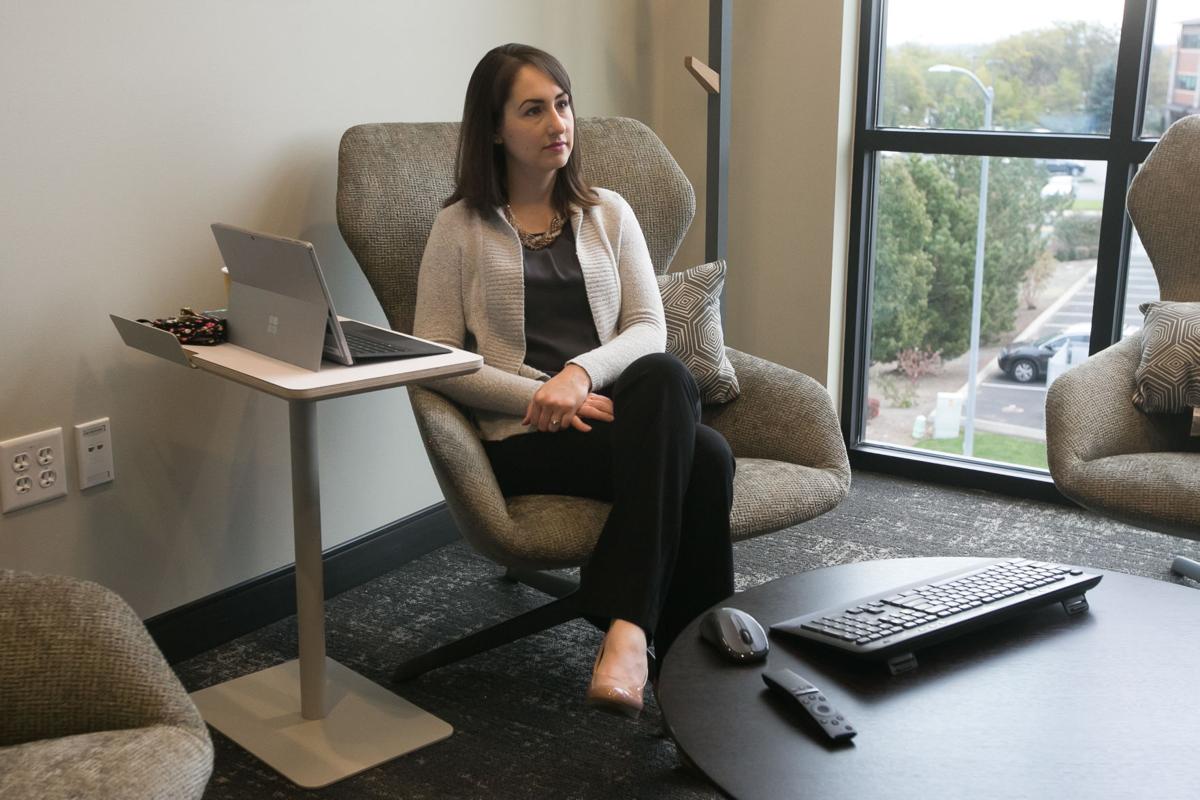 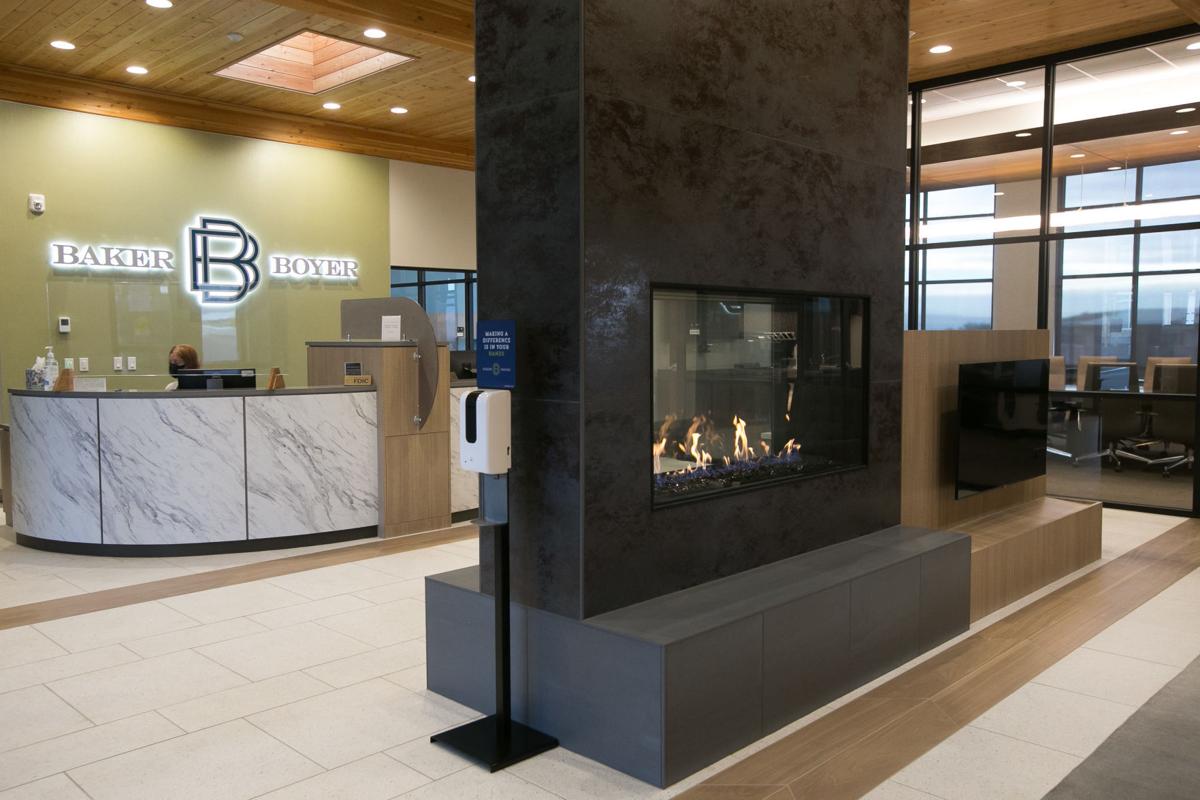 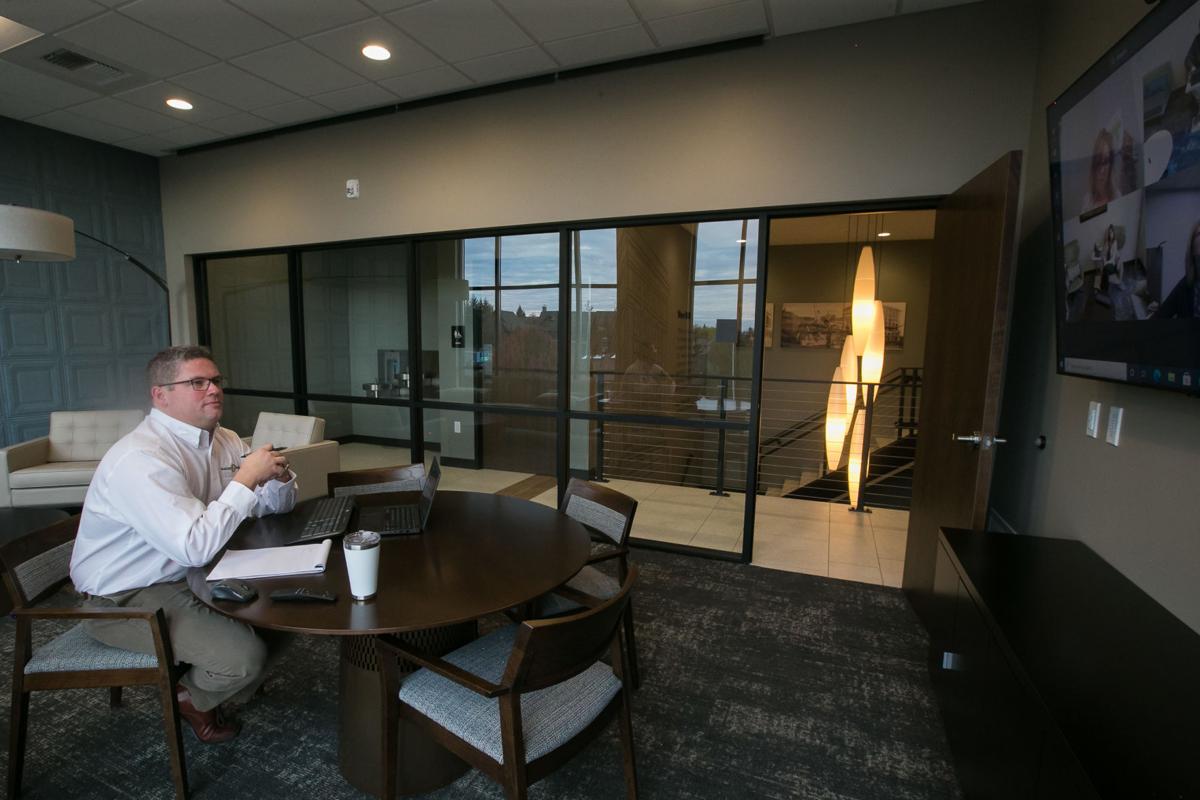 In a world where online banking is more commonplace and the COVID-19 pandemic has limited in-person interactions, opening a new and larger bank building may seem counterproductive.

But officials at Baker Boyer Bank, a Walla Walla community bank, believe there is still a place and a need for in-person discussions between the bank and its customers, and the need will grow when the pandemic is over.

While deposits and withdrawals can be made without much human contact, there are other types of financial discussions and transactions more suited to an in-person setting, said Rob Blethen, executive vice president for Baker Boyer Bank.

“It takes understanding some at the core because you can get the best (financial) solution,” he said.

Baker Boyer Bank first arrived in the Yakima Valley in 2001, expanding to a larger space in 2006. Within several years, it had outgrown that space. The Yakima Valley now makes up about 15% of the bank’s business and is the bank’s fastest-growing market, Blethen said.

The new 19,000-square-foot branch aims to accommodate current and future growth in the Yakima Valley. One of the bank’s board members, Kip Kontos, has taken on the role of interim regional manager to focus on strategy in the Yakima Valley for the next year.

“It’s a huge part of our projected growth,” Blethen said.

The new branch at 921 Seattle Slew Run opened Oct. 20 next to the old space. Most employees still work from home, and most meetings with customers are done virtually, but the space is available for customers who need to meet in person.

The branch also reflects the type of customer activity the bank wants to cultivate. Numerous equipped meeting rooms, more akin to a living space than a corporate environment, provide privacy and comfort during critical financial discussions.

The bank also has meeting space that it plans to rent out to nonprofits and other community organizations — once events can happen again, of course.

“We’ve been so welcomed by the Yakima community over the past 20 years, and that’s why we are excited to invest back into Yakima to help it and Baker Boyer continue to grow,” Blethen said.

A new dim sum restaurant will open in downtown Yakima in early November.

Many local diners will be familiar with the restaurant’s co-owner: Brandy Nguyen sold Pho King Crab, a Vietnamese Restaurant in Union Gap, in December. She took a break for several months before pursuing the new restaurant, called My Ma Dim Sum.

Nguyen has had the idea of opening a dim sum restaurant for some time. Dim sum consists of various dumplings, steamed buns, rice noodles and other small plates.

“We wanted something different, a challenge,” she said.

Nguyen said she’s aiming to open the restaurant at 107 S. First St. by early next month, likely a week after Election Day.

• Ramen-Ya opened for business last week. To ease into opening as well as meet COVID-19 restrictions, the restaurant offered reservation-only lunches. Owners Michelle Kim and Greg Perrault said they hope to provide the full menu soon. The restaurant is at 3508 Summitview Ave. in Yakima.

• The former Burger Broiler space at 1227 S. First St. in Yakima is now a Taqueria El Antojo. The eatery, which has several locations statewide, offers various food items from Mexico and other Latin American countries.