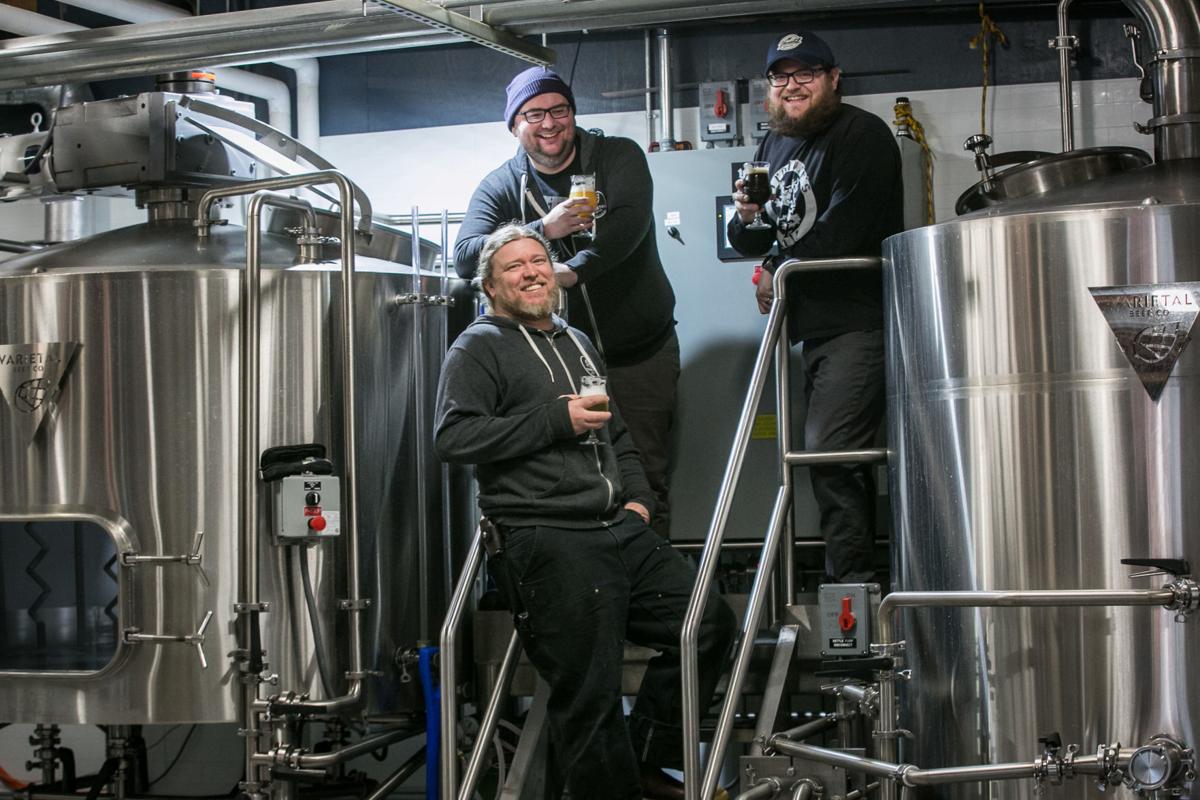 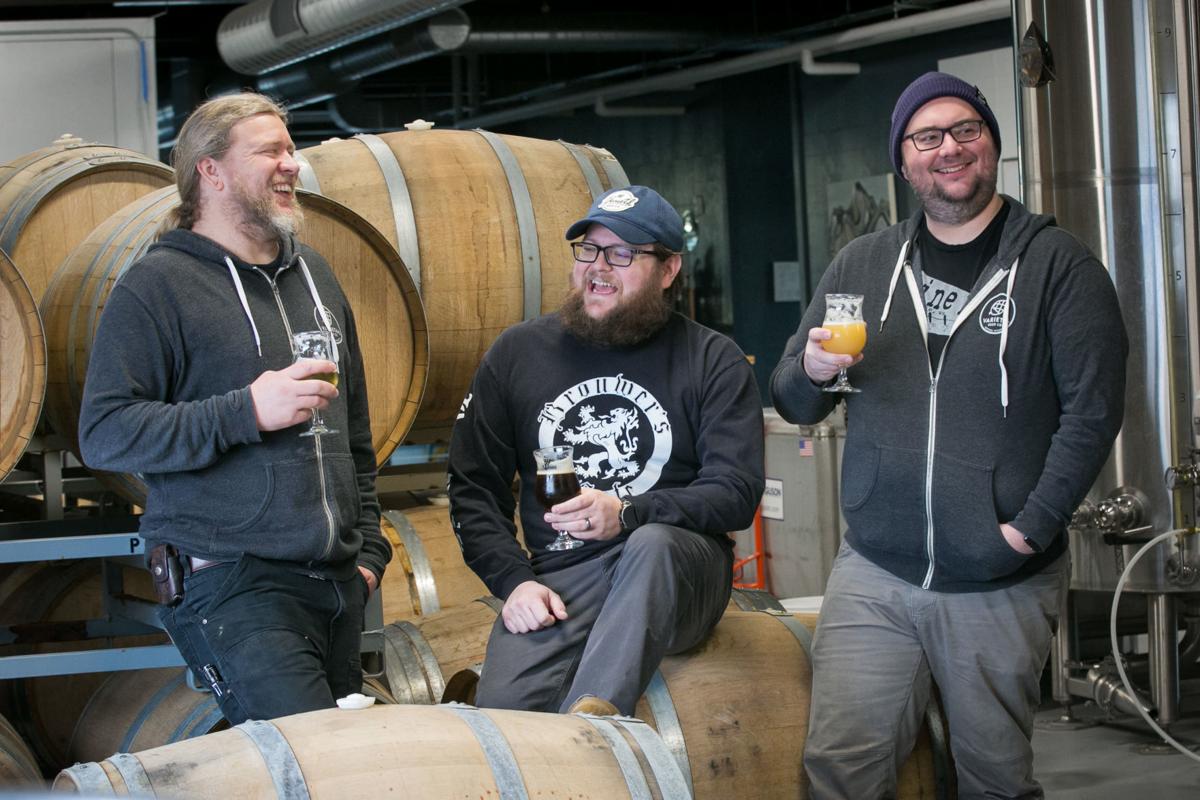 Take 5 is a meetup with a local entrepreneur.For nearly two years, Chris Baum and his partners have been fulfilling a vision of opening a brewery in the Yakima Valley.

Varietal Beer Co. in Sunnyside produces a variety of hop-forward beers and American wild ales. The brewery, which opened in April 2018, got help from the Port of Sunnyside to locate a building that would work for a place where people could come and enjoy a craft beer in a relaxed environment.

Baum, 43, of Naches also serves as the company’s head brewer. He has bachelor’s degrees from The Evergreen State College. His company employs 15 people.

How did Varietal Beer Co. come to be?

Varietal Beer Co. is the vision of John Cope, Chad Roberts, David Paulson, Karl Vanevenhoven and me. We all had a longtime dream of opening a brewery somewhere in the Yakima Valley. The company took its first real steps when John and I entered the Enterprise Challenge held annually by the Yakima County Development Association and the Kittitas County Chamber of Commerce and began to flesh out and narrow the plan.

Having a deep affection for sour beers, Chad, John and I originally planned to create a “Wild and Sour Brewery” that would contract wort from local breweries, inoculate it with microbes sourced locally and ferment it in barrels and other large wooden vessels. As time went on, it became apparent to us that clean, hoppy beers would also be necessary to create revenue while waiting for these more complex beers to finish their long fermentation.

Having already been working for some years in the brewing industry locally and having some recognition for creating high quality IPAs and pale ales, this fit naturally with our goals and reputations.

We had been approached by Jay Hester, (executive director) of the Port of Sunnyside, some years previous about opening a new brewery in Sunnyside. The idea had stuck with us since then, and when Jay approached us again after a presentation during the Enterprise Challenge, we came to realize what a great opportunity it would be to start our dream in Sunnyside.

With help from the Port of Sunnyside, a building was acquired and a solid plan was developed. Having both worked in Sunnyside as brewers, Chad and I realized that there was a need for a space where the community could come together in a relaxed and family-friendly atmosphere as well as a demand for modern, hop-forward beers.

What challenges did you face getting started, and how have you overcome them?

The challenges we faced to start operations were many, but the two greatest were finding the facility and finding the funding.

The search for the facility lasted several years and included every section of the Valley. For all the buildings we looked into, either the rent was too high, the building wasn’t zoned properly or the costs of the improvements needed were too many.

The challenge was finally met and in large part overcome by our relationship with the Port of Sunnyside. Jay Hester, the port’s executive director, approached us several years previous and had said the port was looking for someone to open a brewery in downtown Sunnyside and would we be interested? Jay said they had a building in mind, centrally located, near community amenities like the community pool and Centennial Square, and it was zoned for light industrial manufacturing.

We were intrigued. The building, built in the early part of the 20th century, needed a lot of work, but was otherwise perfect. The port added to the appeal by offering to handle many of the improvements we would need to put in brewing equipment, cold storage and a taproom. We knew this was a once-in-a-lifetime opportunity and agreed to open our brewery in Sunnyside.

When word got out about what we were building, the local community support was overwhelming.

Having the port handle much of the building improvement cost was instrumental in us having the capital to move forward with our plan. Our company seal states “Et Posuit Illud Super Lineam,” or “We Laid It All On The Line.” Each of the owners leveraged what monies and properties they had to raise the funds needed to purchase our equipment, materials and ingredients.

We took any opportunity we could find to make what we needed ourselves. We printed our own T-shirts in a garage, we reclaimed wood that was taken from the building during the demolition and construction of the interior of the building, much of which was beautiful, straight-grained fir, and made our taproom furniture from it. Many nights were spent in the wood shop at Yakima Maker Space fabricating tables and benches.

We’ve built our own noise reduction system, picnic tables and merch display. John continues to make all our tap handles, the signage in the tap room and the tap list displays as well as our flight trays, Christmas ornaments and small gifts for the members of our Growler Club.

Any chance to make things ourselves saves money and adds to the hand-crafted quality of our brand.

What would you say is the secret to your success?

We think the secret to our success so far is in large part due to our attention to detail and holding ourselves to a high standard. There is a high bar for quality beer in the Valley and we strive to rise to that level and raise it a bit ourselves.

We have long-standing relationships throughout the Pacific Northwest with bar and restaurant owners who know we make a quality product and look forward to having our beers, without which we would be less successful. We also have a varied skill set among our ownership which allows us to execute the plan our vision has led us to.

But the largest factor in our success, far and away, has been the community of Sunnyside and its continued support of what we are trying to accomplish. We cannot overstate what that encouragement means to us.

Any advice you would give other people looking to break into the craft beer business?

Have a plan. Gain experience in the field of the industry you’re interested in before committing. If you’re planning to open a brewery, go work at a brewery for a couple of years. In your down time, brew a lot of beer at home, submit it to competitions, give it to people who know beer and will give you honest feedback about what you’ve made, listen to that advice and improve your product.

Find a need that is not being met and meet it, but do it well.

After brewing craft beer, would you ever drink an industrial beer?

This story was updated to correct the entities that run the Enterprise Challenge.