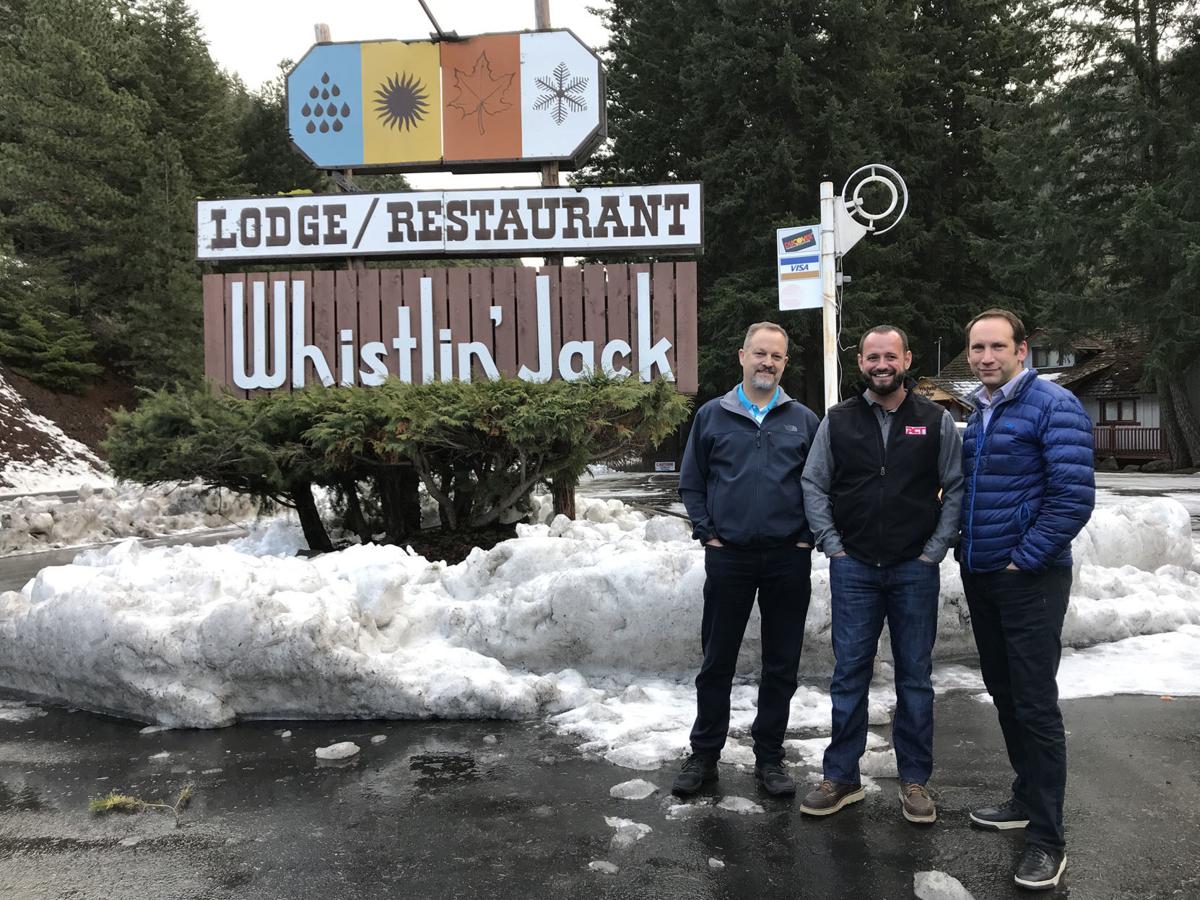 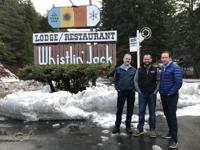 From left, Russ Roberts, Josh Johnson and Dan Birk of WJ Lodge LLC at Whistlin’ Jack Lodge on Tuesday, January 7, 2020. The group, made up of investors from Seattle and Yakima, purchased the Cliffdell property from the Williams family at the end of November. 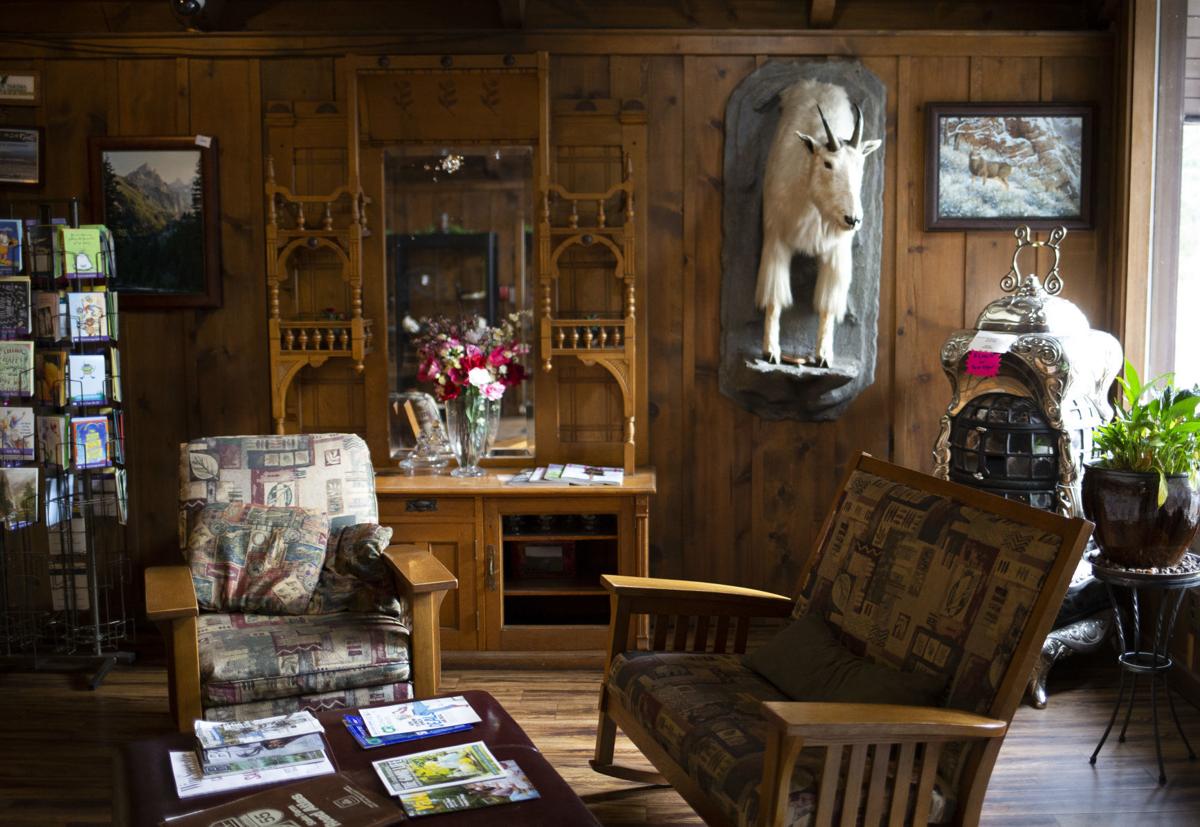 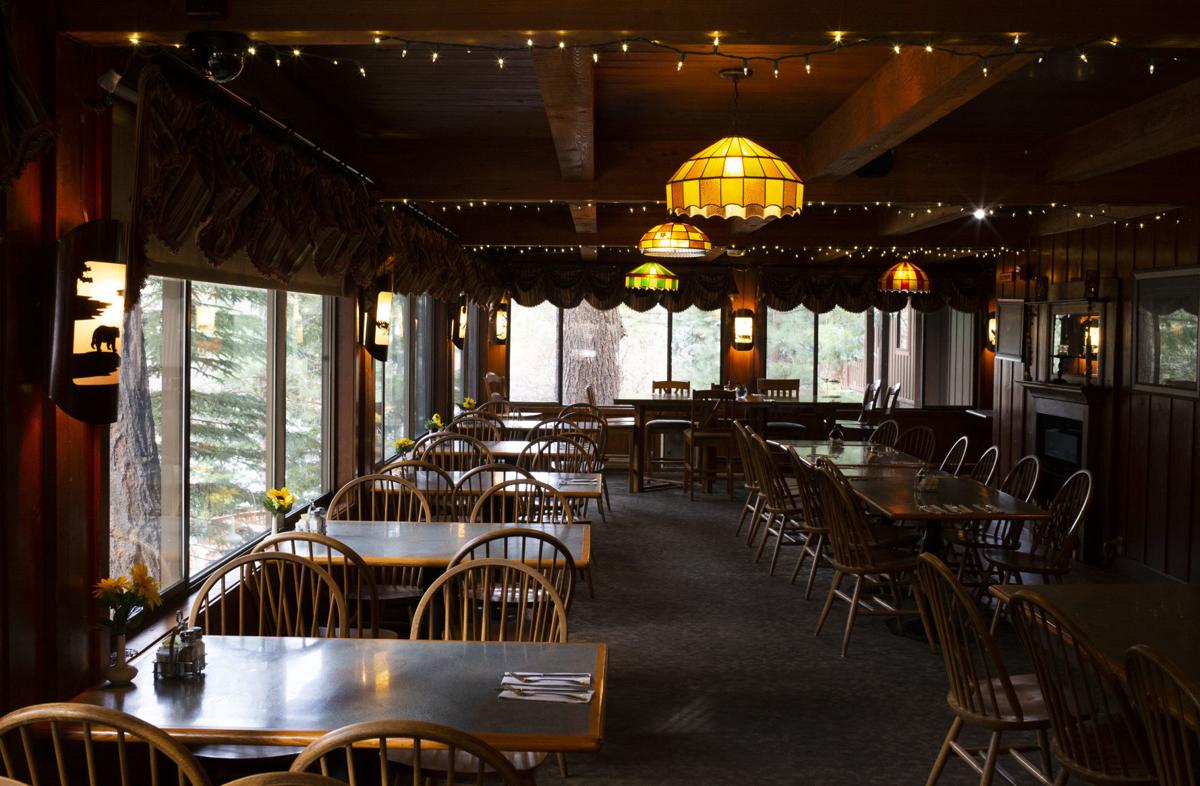 The restaurant area of Whistlin' Jack Lodge is pictured on Saturday, Nov. 16, 2019 in Naches, Wash. 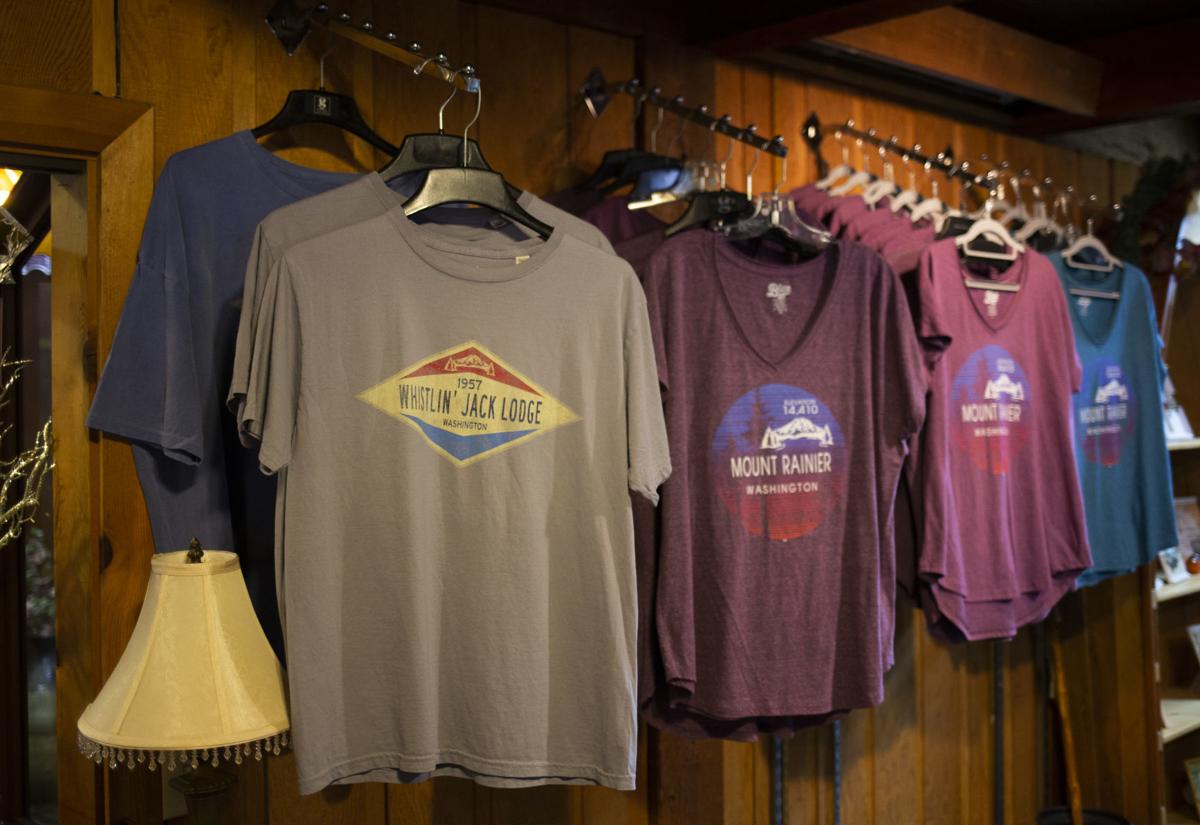 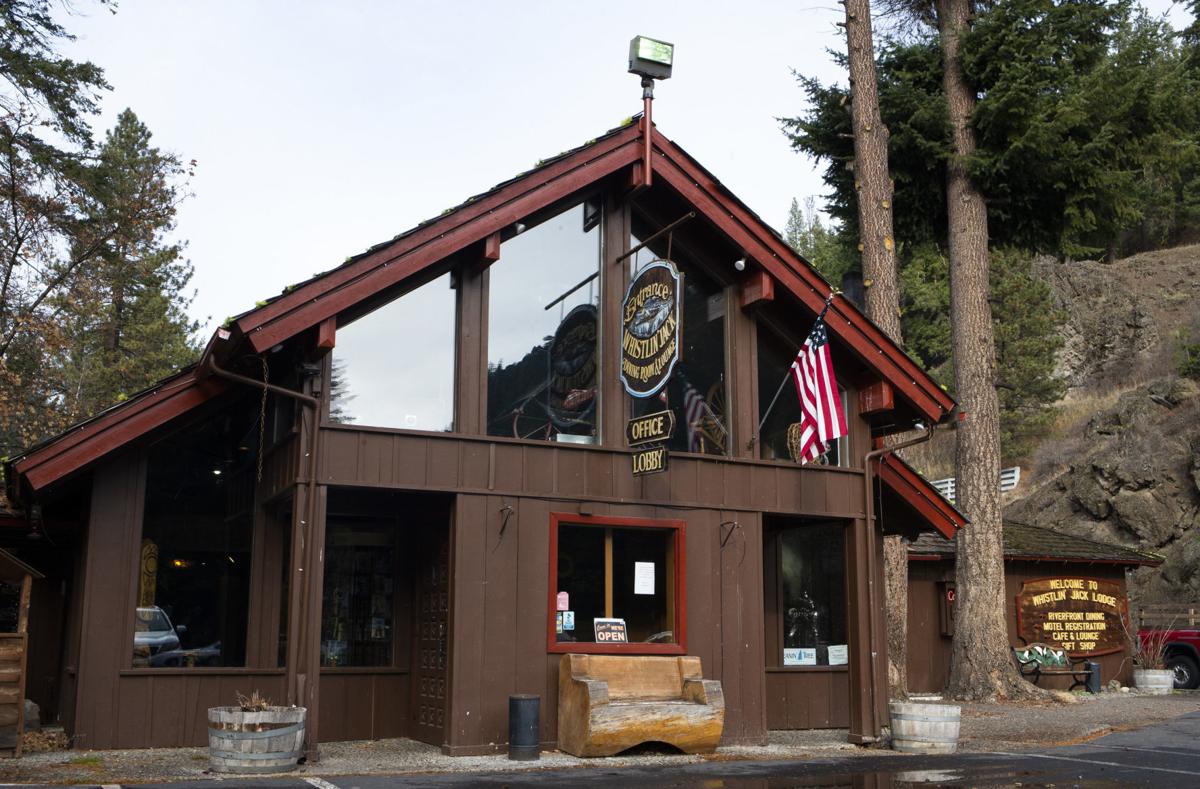 From left, Russ Roberts, Josh Johnson and Dan Birk of WJ Lodge LLC at Whistlin’ Jack Lodge on Tuesday, January 7, 2020. The group, made up of investors from Seattle and Yakima, purchased the Cliffdell property from the Williams family at the end of November.

The restaurant area of Whistlin' Jack Lodge is pictured on Saturday, Nov. 16, 2019 in Naches, Wash.

By late November, he was part-owner.

Roberts is part of a group of Seattle and Yakima-area investors, operating under WJ Lodge LLC, that purchased the 7-acre property at 20800 State Route 410 at the end of November. The purchase price was $935,000, according to records from the Yakima County Assessor’s Office.

But the purchase is just the beginning for Roberts and the rest of the WJ Lodge group.

The group closed the entire business, which includes a restaurant, lounge, lodging and a convenience store, for several days earlier this month. The time off allowed owners to assess what they just bought and start thinking about what they want to do with the business going forward.

“We needed to take a step back before we step forward,” said Daniel Birk, a Seattle-based commercial real estate agent and part of WJ Lodge. Birk and Roberts are the managing partners for the LLC and have been the main spokesmen.

Helen and Bill Williams bought and opened Whistlin’ Jack Lodge in May 1957. The business was sold to Doug and Kristy Williams in the 1970s, a few years after Bill died. Shane Williams, their son, also co-owned and help run the lodge for several years.

Over time, the lodge and restaurant had been a popular stop for those traveling along State Route 410 on their way to destinations such as Mount Rainier National Park. Notable visitors to Whistlin’ Jack included the late Supreme Court Justice William O. Douglas, actor Gary Cooper and the cast of the 1959 film “The Hanging Tree,” and Will Sampson, who played Chief Bromden in the 1975 movie “One Flew Over the Cuckoo’s Nest.”

Another notable connection to Whistlin’ Jack Lodge is Brad Patterson, who worked at the restaurant for two summers as a teenager. Patterson is the longtime chef of Gasperetti’s Gourmet Restaurant.

But in recent years, the business had lost some of its luster. While the lodge and restaurant attracted a core group of regulars, others were quick to go to Yelp, Trip Advisor and other sites to recall disappointing experiences.

The family, who has also dealt with health issues, put the property up for sale more than two years ago, shortly after Whistlin’ Jack’s 60th anniversary.

Roberts was one of the multiple agents tasked to sell the property.

“It was never an intention” to purchase it, Roberts said.

That started to change when Roberts told Birk about the property. The two have worked together in various commercial real estate projects for a decade.

Birk started contemplating the possibility of buying the property. He talked to a family member who said that while the business seemed dated, that with the right opportunity he could do something with it.

Birk recalled that his wife saw recent online reviews and questioned why he would want to buy a business that had such negative reviews.

Birk saw those negative reviews less as a roadblock and more as an opportunity. He made frequent visits to the property and saw the positives — the scenic view, the easy access to recreational activities, how much people enjoyed a break from the daily hustle and bustle — that kept longtime customers coming back.

It’s with those positive attributes that Birk and Roberts were able to persuade others to join the investment group. They brought in two additional investors each. The family member who initially advised Birk is now one of the investors.

A Yakima investor, Josh Johnson, had fond memories of Whistlin’ Jack Lodge — he had spent his wedding night there.

“We’re buying a diamond in the rough,” Birk said.

While the two businesses are competitors, they can also feed off each other, said Rudnick, who purchased Gold Creek Station two years ago.

“People go up there and stay, and they come here and eat,” he said.

Rudnick recalls that in the 1970s and 1980s, Chinook Pass, and the Cliffdell and Nile areas, had several different businesses, including restaurants and various shops.

“At that point, there were a million excuses to drive Chinook Pass or drive this section of the highway,” he said.

He believes the area can see some of that success again. The key will be refreshing the business while retaining the culture and ambiance that draw many people in the first place.

“It’s a unique part of the world,” he said. “Catering to that culture and listening to (customer) wants, needs and desires have allowed us to evolve.”

Changes in the works

ience store and lodge reopened this past weekend and will be open, for now, Thursdays through Mondays.

The lounge will serve food and nonalcoholic drinks until the owners secure a liquor license.

The restaurant will remain closed until the late spring or early summer.

Scaling back the business in the next few months will allow the owners additional time to evaluate what they want to do with it.

Plans to refresh the Whistlin’ Jack Lodge brand are underway, and there are plans for new logos and a new website.

Birk said he would like to work more with other local businesses, including wineries and breweries. And he would like the venue to be available for events like weddings.

There will also be work to modernize aspects of the hotel business, namely offering online booking and Wi-Fi in the rooms and cabins.

Changes will happen over time. The owners said they are not going to rush into anything; the priority will be to do it right.

“We’re all in agreement that we don’t want to do this half-assed,” Birk said.

At the same time, the owners also want to retain what made Whistlin’ Jack Lodge a beloved destination by locals and visitors alike, Birk said.

“I like that level of coziness,” he said. “I want to be in the woods. I want to hear the sound of the river.”