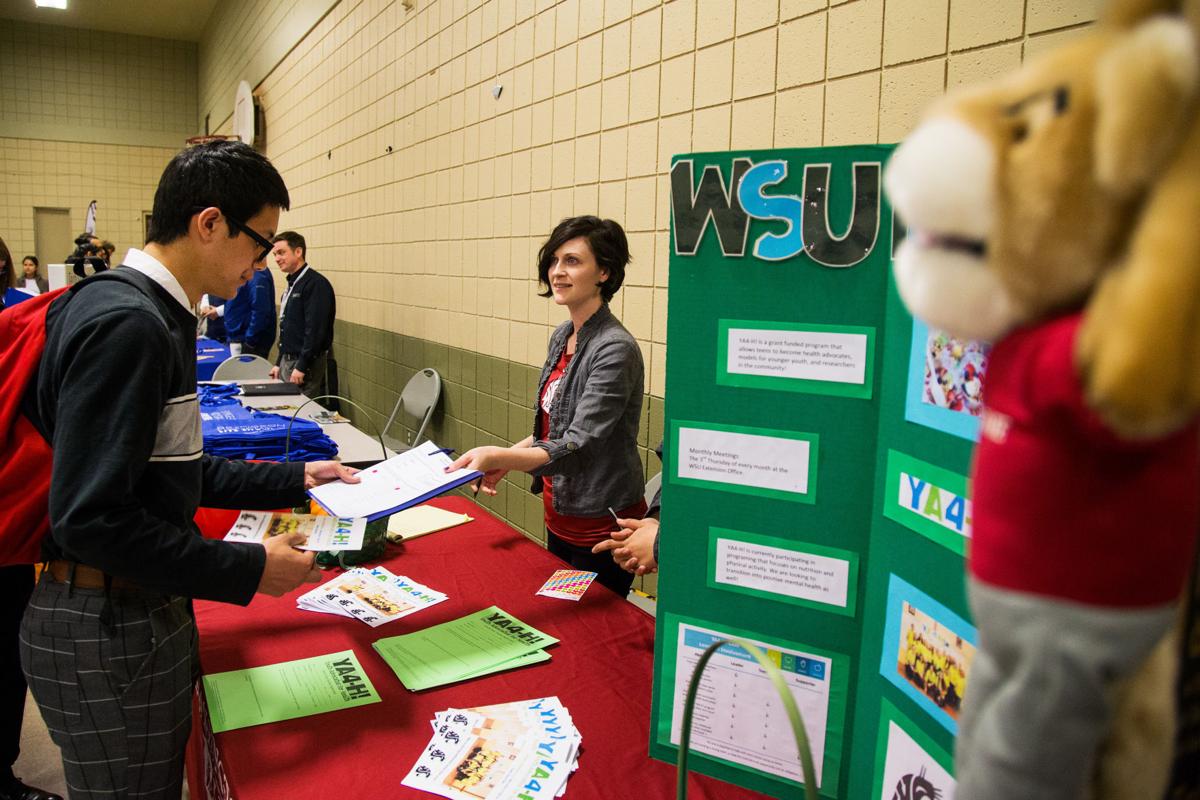 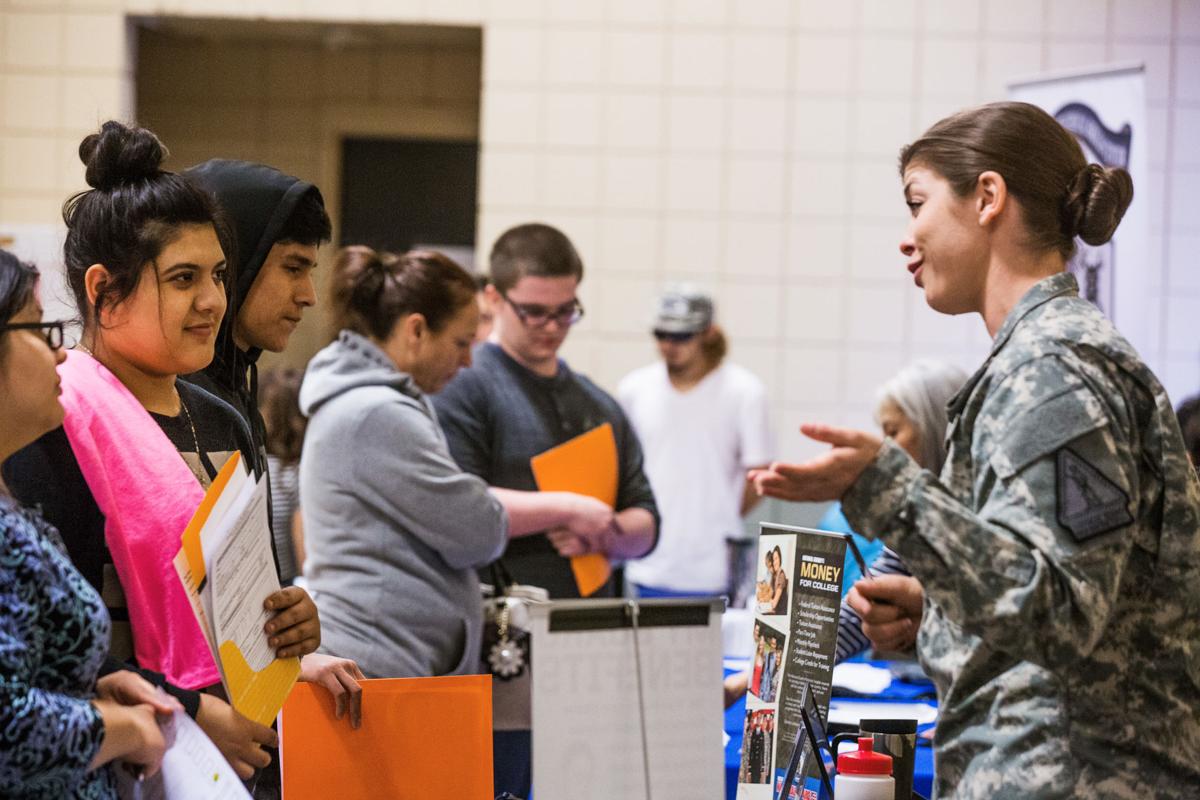 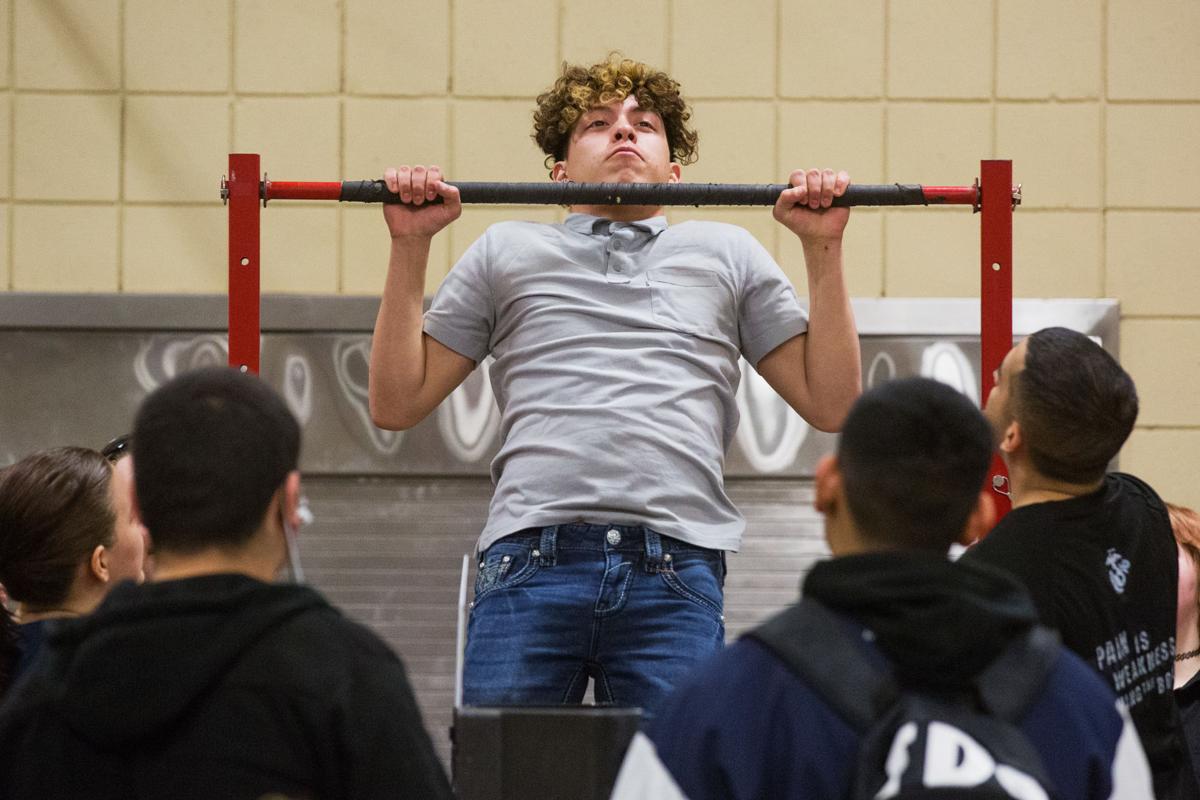 It's a mixed bag for high school and college students seeking jobs.

On one hand, teenagers are benefiting from record low unemployment. Among 16- to 19-year-olds in Washington, unemployment dropped from 34.1 percent during the Great Recession a decade ago to 20.5 percent in last year, according to the federal Bureau of Labor Statistics.

On the other hand, the state's minimum hourly wage of $11.50 makes some employers reluctant to take a chance on an inexperienced student worker.

On Monday, an estimated 250 students showed up at the Henry Beauchamp Community Center for the 100 Jobs for 100 Kids job fair, where students can get extensive training on everything from interviewing to career exploration.

In return, the students hope not only to earning money, but gain experience in the workplace and in the process, build confidence.

Among those attending the fair was Sirena Sanchez, a Davis High School freshman.

"I don't want to waste my life, I want to do something with my life, like be productive, and be out there more," she said.

Her desires were echoed by many of the other students, including Cloey Curtis, a Highland High School freshman.

"I want a job because then I'll be able to earn more work time, take better care of my community and be able to serve people and help them," Curtis said.

On Monday, some students got help in starting to earn a food handler's certificate, learning how to fill out tax forms and talking to job coaches about how to find a job they would enjoy and help them get the skills they seek.

And while the annual event has helped hundreds of high schoolers find part-time summer employment since it started more than a decade ago, teenage job seekers can be subject to whims beyond their control.

Doug Jones thinks his 18-year-old son and his son's peers have it tougher than many adults he finds jobs for at Express Employment Professionals, the Yakima-based employment agency he owns.

Given the state's minimum wage - which is among the highest in the nation - some employers are reluctant to take a chance on an inexperienced student worker, Jones said.

Employers who are hiring expect someone with more job experience given the hourly wage, Jones said.

"It's more expensive to try out" inexperienced workers, he said.

While plenty of adults still struggle with work ethic, student and teenage employees still have a greater burden to prove they are qualified for the job.

Tony Andrews, owner of Espresso Express in Yakima, recalls hiring teenagers who didn't quite work out. They were "just not motivated or they wanted to limit their availability," he said.

Many students are still learning to build a strong work ethic or other required skills needed to successfully hold a job, Jones said. "We forget we once had to start somewhere," he said.

But that doesn't mean he doesn't hire teenagers. Andrews said he recently promoted one 19-year-old barista to a management position.

And he's far from alone. With record low unemployment rates in Yakima County, there are certainly more job openings. Employers are finding it more difficult to fill jobs and may hire someone with less experience who is willing to learn new skills.

How to land a job as a teenager

While the deck may seem stacked against student job seekers with limited job experience, the…