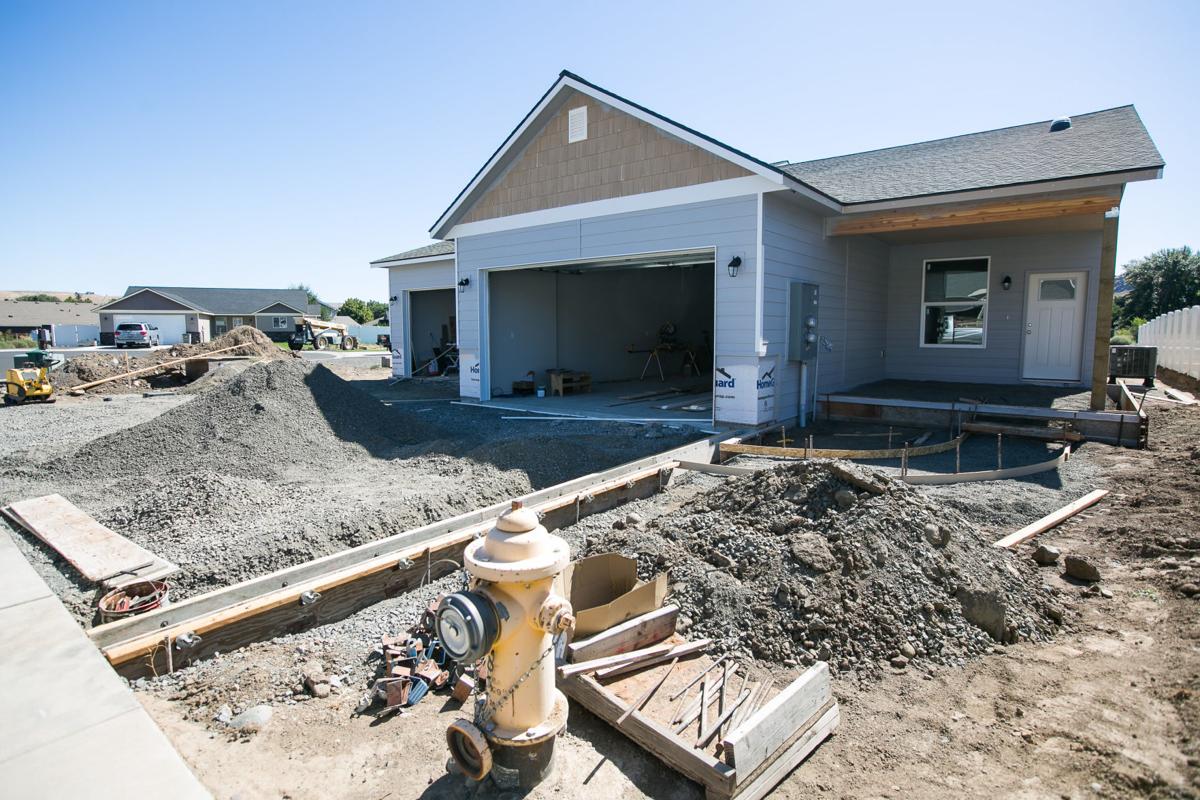 As the Naches housing development grows, construction continues on Apple Loop on Wednesday. 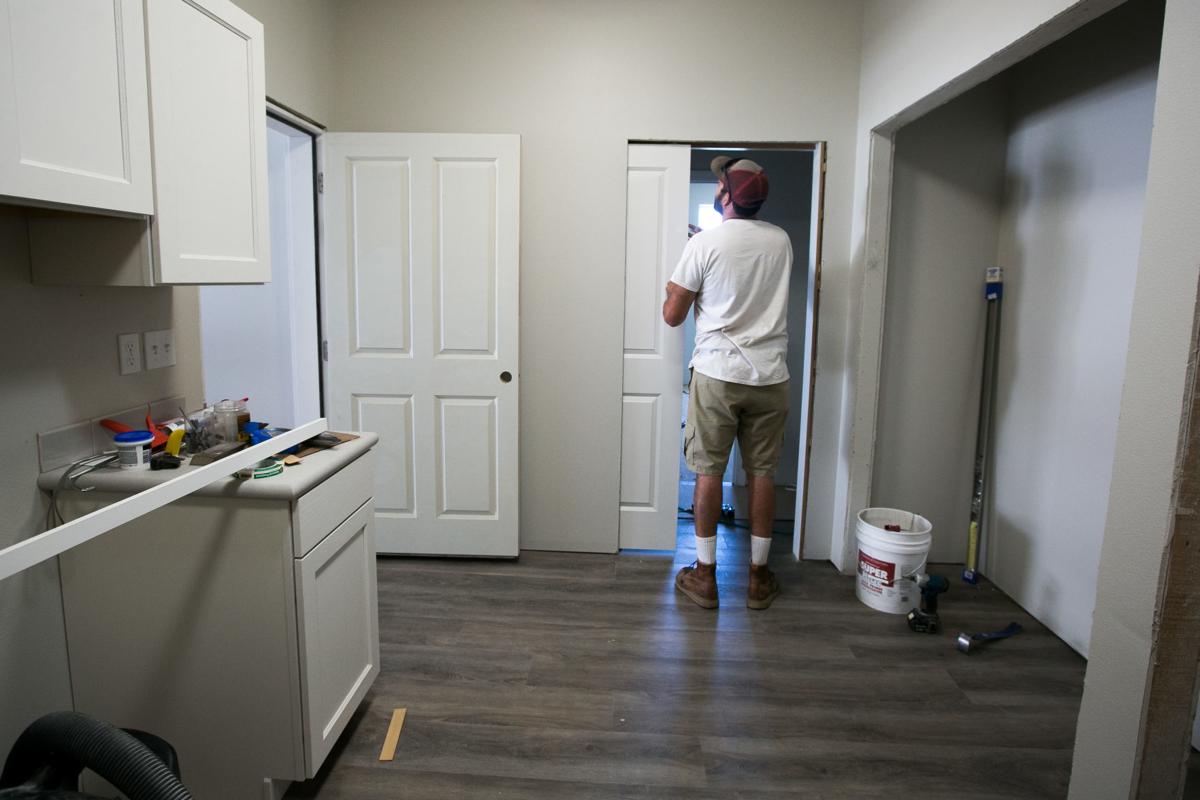 Jeff Sodorff of Sodorff Construction installs a pocket door in the laundry room of a duplex Wednesday at 108 Pear Court in Naches. Residential development has increased, along with retail sales. 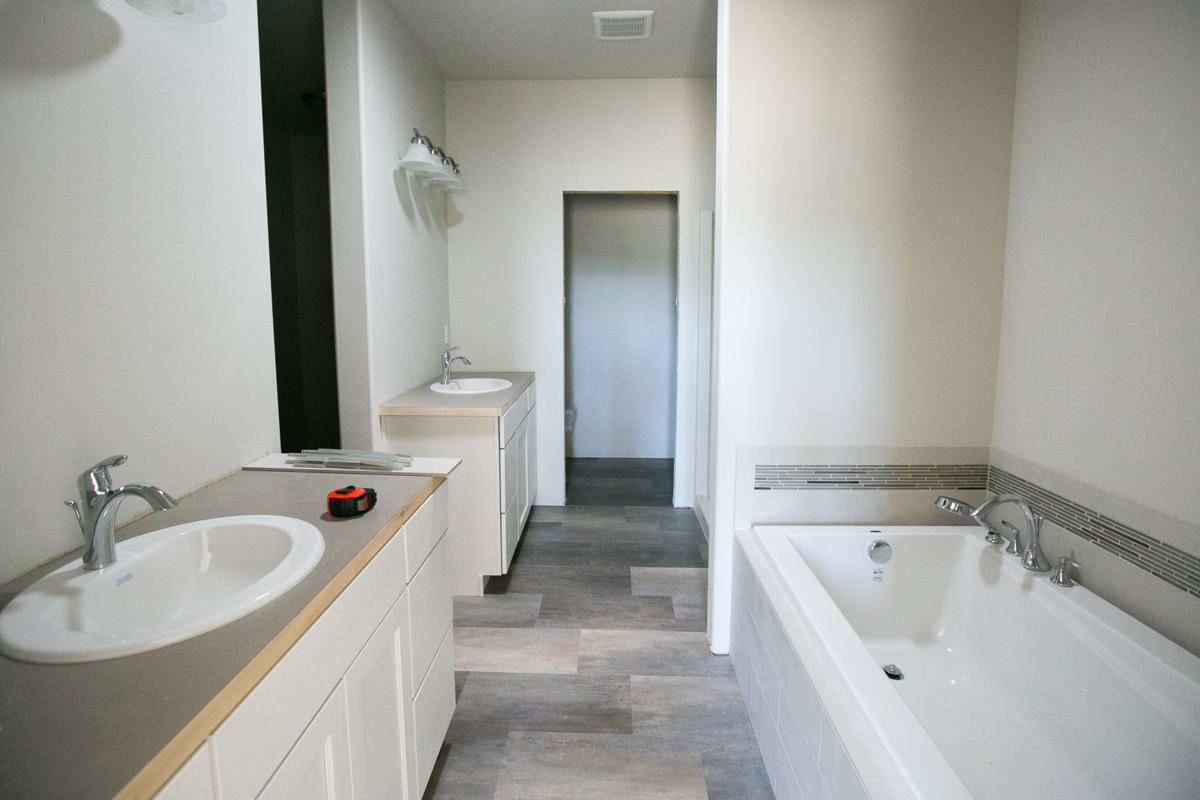 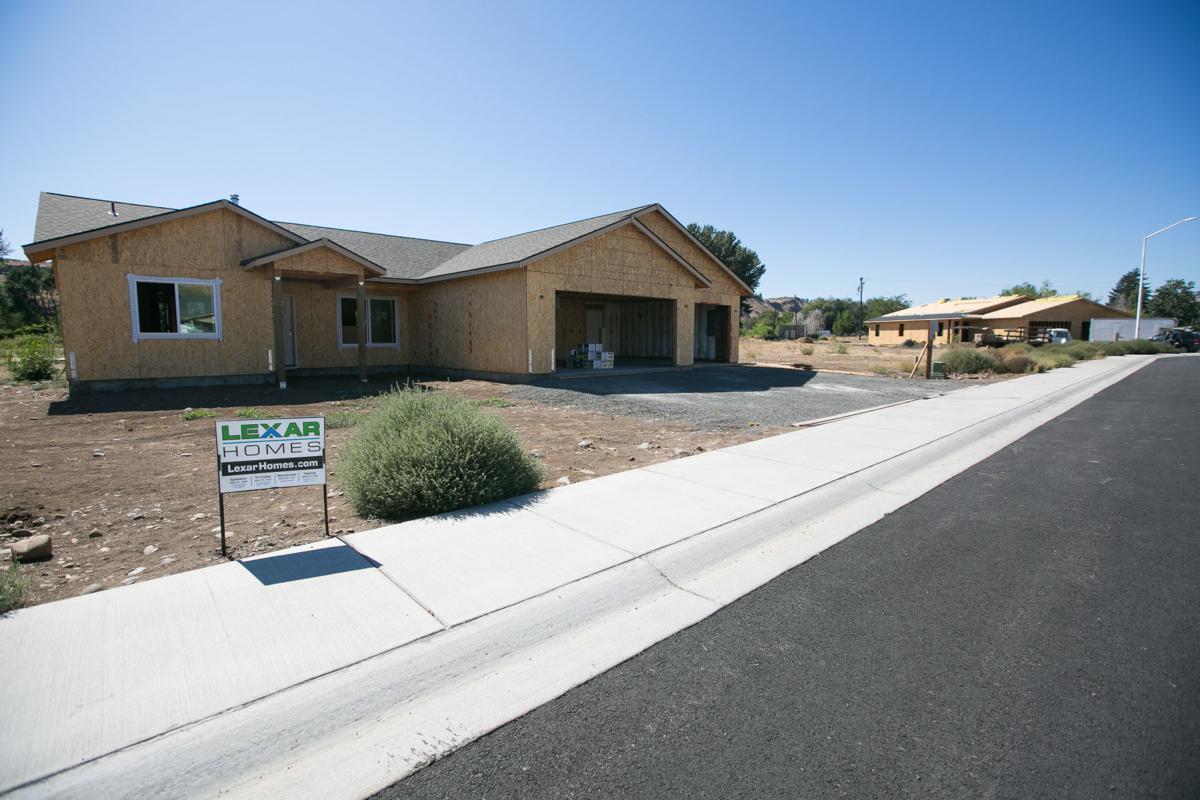 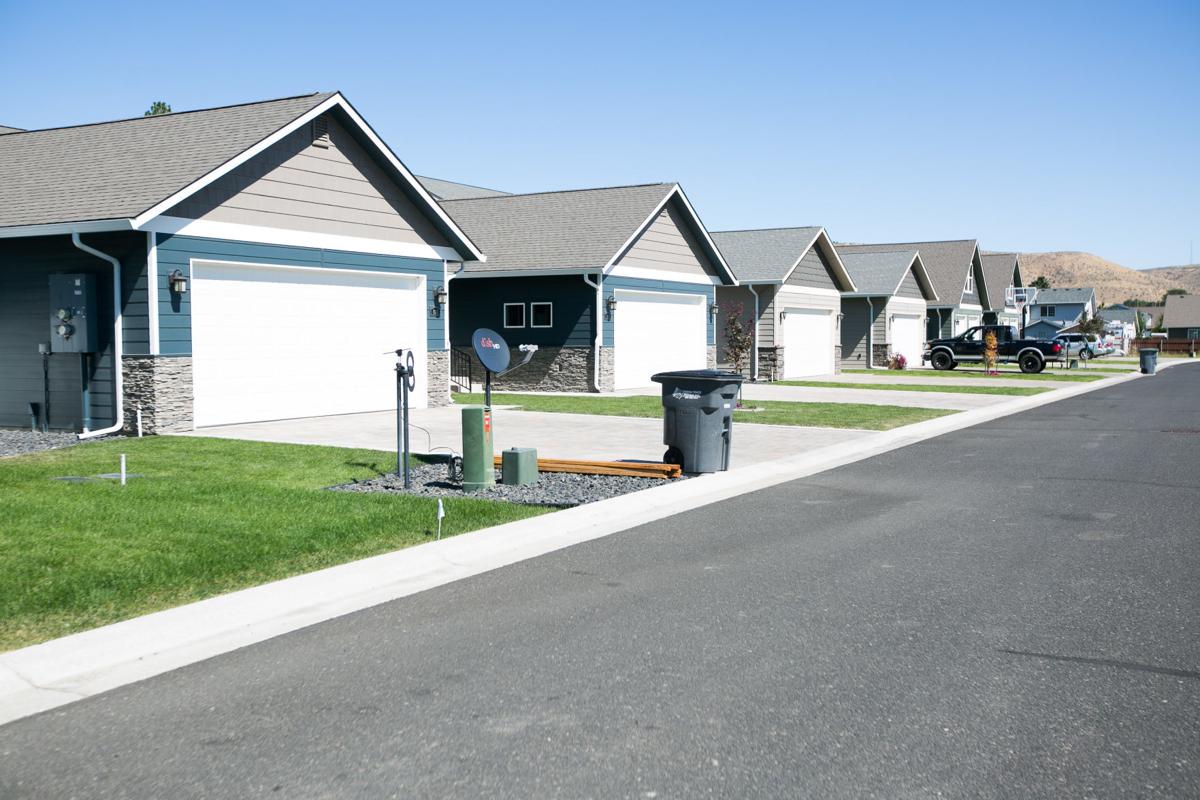 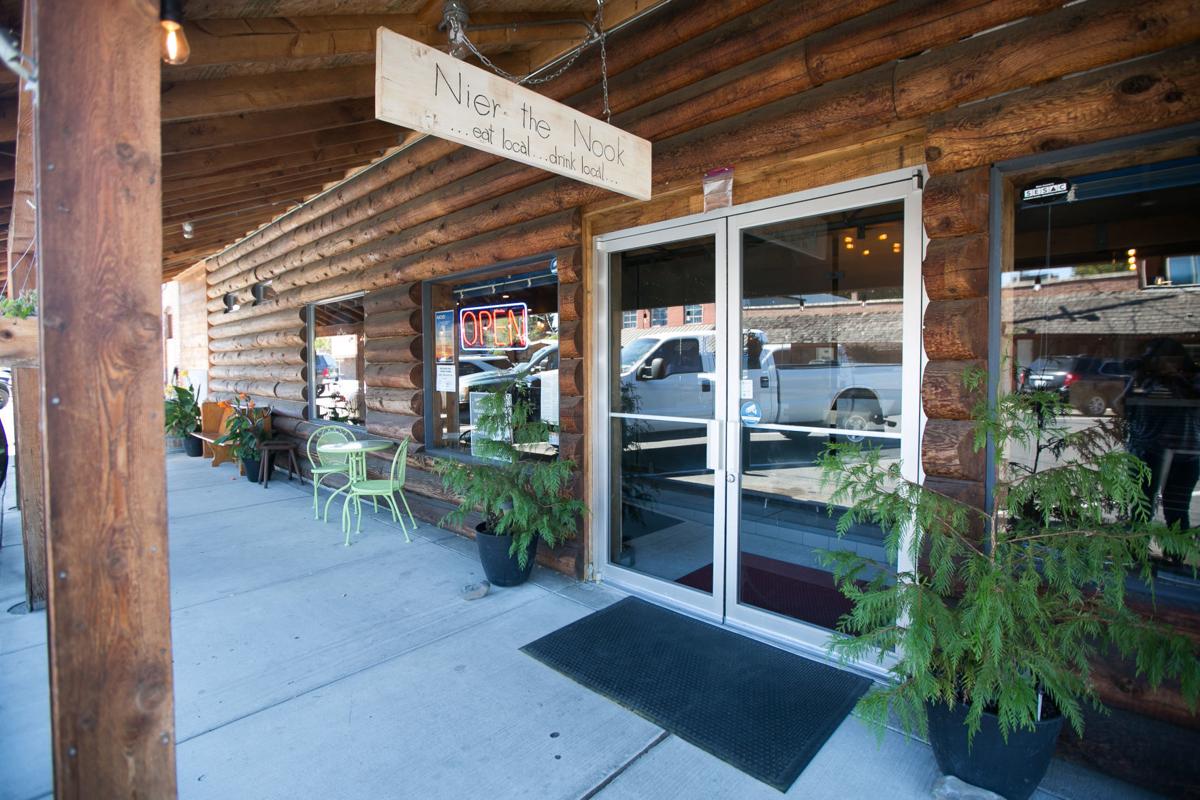 As the Naches housing development grows, construction continues on Apple Loop on Wednesday.

Jeff Sodorff of Sodorff Construction installs a pocket door in the laundry room of a duplex Wednesday at 108 Pear Court in Naches. Residential development has increased, along with retail sales.

There’s been much change for both Ranger, who is now city administrator for the town of Naches, and the property he owns.

Over the past few years, the property has been redeveloped into Naches Meadows, a 44-lot subdivision of duplexes and single-family homes. Ranger is a partner in the subdivision.

The new homes have brought new residents to the town of just over 800 people, including those who commute to jobs in Yakima 15 miles away.

Construction activity around town, including the residences at Naches Meadows, along with robust retail and restaurant activity helped the town reach more than $30 million in yearly taxable sales for the first time last year. That’s nearly double the $16.2 million the town generated annually just five years earlier, according to figures from the state Department of Revenue.

“I don’t think there’s one thing you can pinpoint,” Ranger said about the robust increase in taxable sales. “There’s a little success everywhere.”

More taxable sales activity means additional revenue for the town to spend on various improvements, such as new lighting and infrastructure for the Naches Trail, which extended the Yakima Greenway into downtown Naches.

Nearly $12 million of the $30 million in sales was related to construction of several commercial and government developments, including the new homes at Naches Meadows and continued expansion of Allan Bros., the vertically integrated fruit company in town.

Food service has also seen a healthy increase in sales. In 2018, Naches businesses generated $2.1 million in taxable sales in 2018, an increase of 8.7 percent from a year earlier.

The increase in food service sales reflects the opening of new eateries, as well as increased business from more established restaurants in the area.

When D’Nile Tap House opened in January 2018, the downtown establishment was open four days a week. The business increased its hours as it saw more sales, and this summer it decided to open seven days a week and extended its Friday and Saturday hours, said co-owner Christa Degnan.

The taproom also expanded its space and added an outdoor beer garden.

“The community has been very welcoming and open to us,” she said. “That had exceeded our expectations.”

Another business that opened in the past year was Nier the Nook, another downtown restaurant.

Owner Israel Londoño said he thought that it would take some time to build a customer base and was surprised by the steady traffic the restaurant experienced just thorough word-of-mouth.

“We started out better than we thought,” he said.

Both the restaurant and the taproom have gained regulars from beyond Naches — people who live elsewhere in the Upper Yakima Valley and don’t want to drive 15 miles or more to restaurants in Yakima.

Londoño and Degnan said they would like to see more traffic from those who drive by Naches on their way to White Pass Ski Resort in the winter and to Mount Rainier National Park and other recreational sites during the summer months.

“There are so many cars that go up (U.S.) Highway 12,” Degnan said. “We just need to get that draw for them to turn at the light and see what’s downtown.”

Meanwhile, Londoño said he plans to do more advertising, including menus and fliers at White Pass Ski Resort.

“We are still getting people who say, ‘We didn’t know you were here,’” he said.

Another sector that has seen an increase in taxable sales is retail trade. In the past 15 years, more retail businesses have opened in the area, including Oak Creek Ace Hardware store and La Kat Gallery.

In 2018, Naches generated nearly $2 million in taxable retail sales, a 22 percent increase from a year earlier.

Ranger, the city administrator, said the city has tried to be conservative with its spending even with the boost in revenue.

When the city has seen extra money, it’s used it to make road and other infrastructure improvements for future developments, namely as matching funds for a state or federal grant.

The Naches Town Council is now eyeing expansion of the wastewater treatment plant to accommodate future commercial and business development.

“We’re still a small community,” Ranger said. “We don’t want (development costs) to be on the backs of the individual residents.”