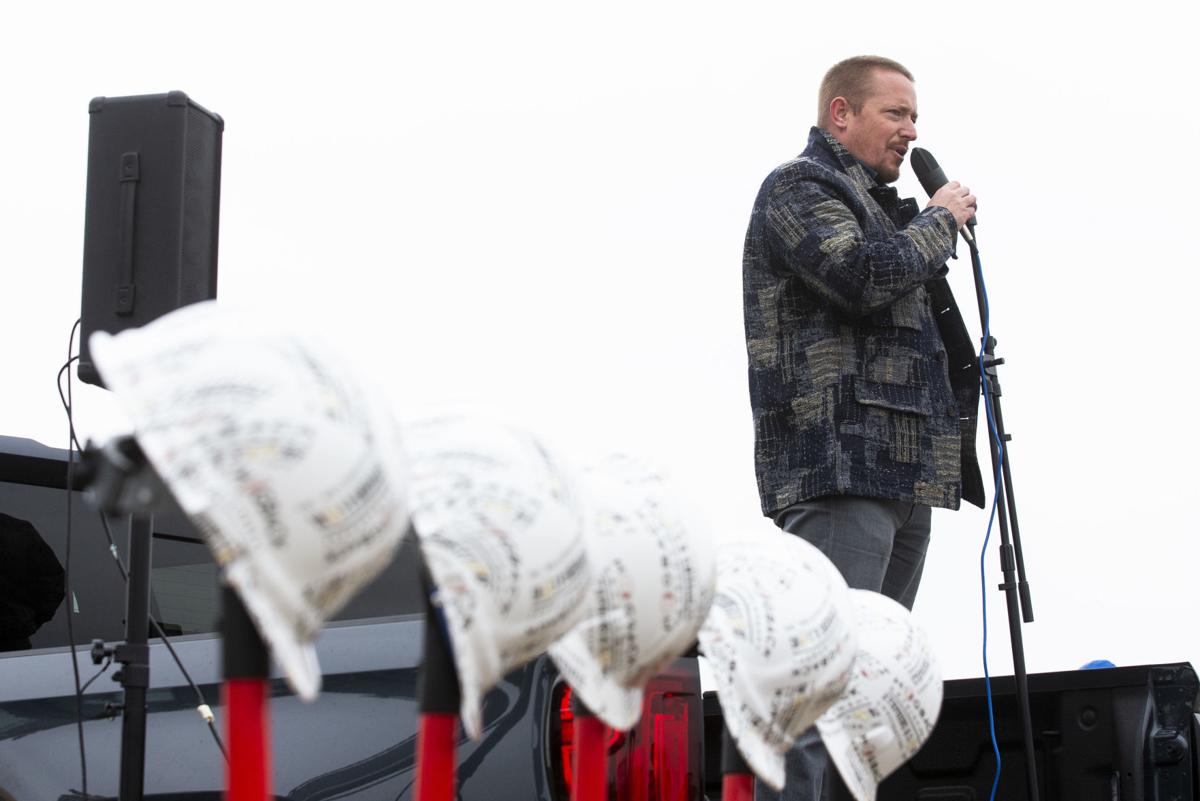 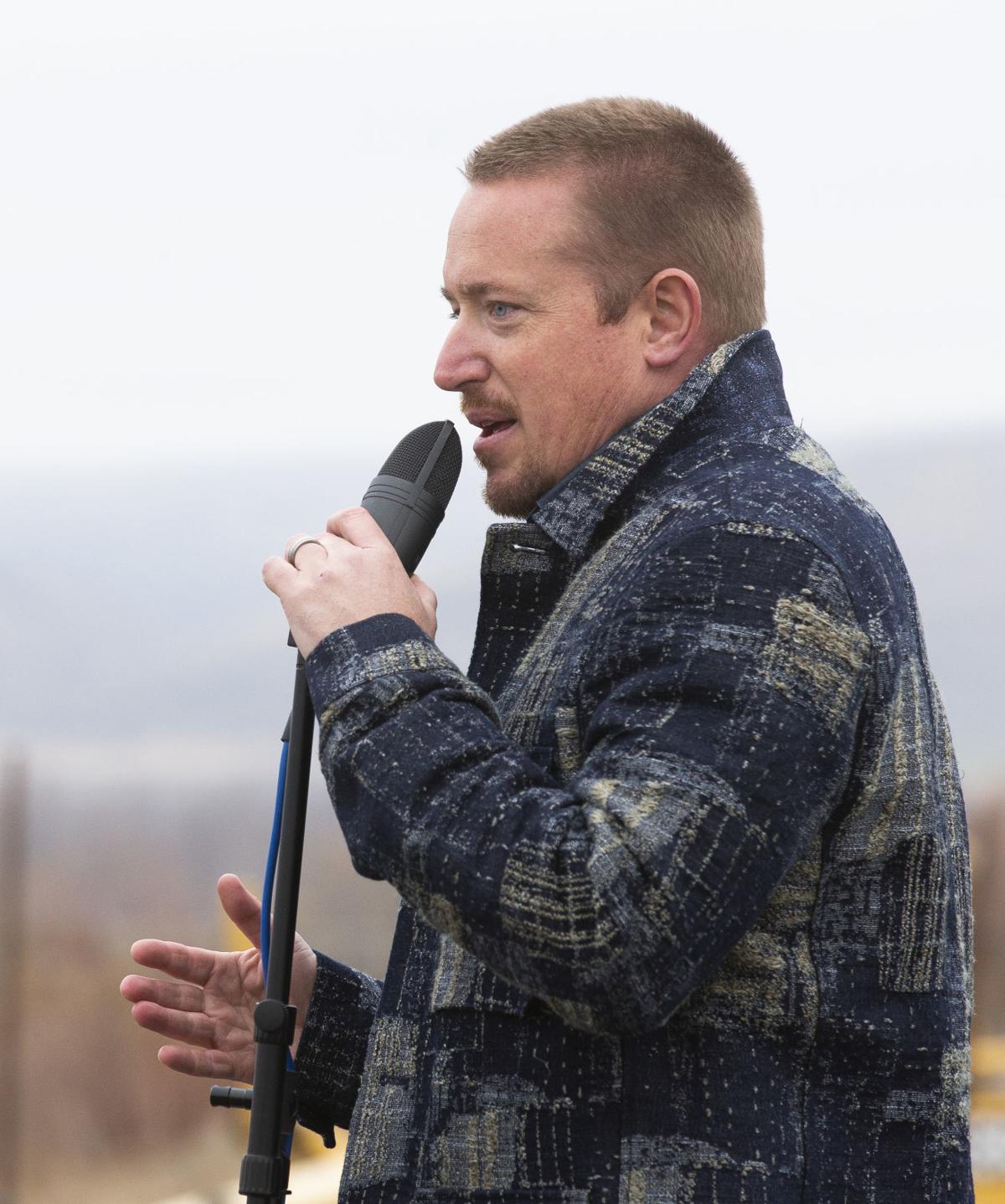 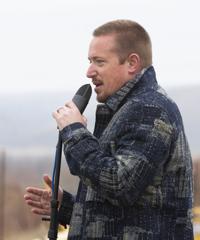 Over the last few years, Hogback Development Co., a company formed through a partnership with lead developer Chris Waddle and contractor Benjy Stephens, has been instrumental in building retail developments that have housed new regional and national brand tenants to the Yakima Valley, such as Mod Pizza, Dickey’s Barbecue Pit and Popeye’s.

In the last few years, Hogback has ventured into hotel development. Its first hotel, the Home2 Suites by Hilton — Yakima Airport, opened earlier this year, and several more, including a second hotel next to the Home2 Suites, are in the works.

Waddle, 42, talks about how he ventured into retail and hotel development, why he’s bullish about the Yakima Valley’s retail development prospects and why he and his wife became foster parents.

This interview has been edited for clarity and brevity.

You spent several years working in commercial real estate. How did you make the transition from real estate to development?

I represented as a broker a few different developers off and on. More often than not, I represented the tenant or the user and ended up working with the developer to bring that user or that tenant into their projects. I just always wanted to be on the other side of it.

In the few years I was a commercial broker, I primarily engaged and concentrated on retail properties. During those years as a retail commercial broker, I made a lot of contacts and developed some key relationships that helped me when I decided to cross over as a developer. I already had those relationships; 90% of real estate development is knowing who to call, who to put where and being able to look at the overall picture and understand the needs and wants of the tenants and the users.

Tell me about your early development projects.

The first project I worked on as a developer was the former Petco pet store in downtown Yakima, which is now Wheatland Bank. I also worked on the redevelopment of a building on South Second Street and East Yakima Avenue, which is home to Subway and several other tenants.

But the first Hogback project, which was also the first project that included local contractor Benjy Stephens, was the Dollar Tree and O’Reilly’s development in Toppenish. It was a fantastic first project for us. When we got developing that, we realized we worked well together and wanted to continue the developer/contractor relationship.

One of Hogback’s notable projects was the redevelopment of Nob Hill Plaza, which you purchased in 2013, into what is now Rainier Square. How did that development come about?

It was not a listed property. The first couple of times I called on it, I was told no. The property is owned by the family that runs businesses such as Diamond Parking and Pineapple Hospitality, which runs several hotels. It was the only building they owned over (in Eastern Washington).

With some persistence, I kept calling, and at some point, they ended up deciding they would entertain the offer.

We knew the real value in the shopping center as not the existing building footprint and tenants, but in the giant sea of asphalt sitting in front of it. There were a lot of challenges. Back in the 1960s, the former property owners entered a covenant with neighboring property owners, which limited the amount of property, even empty parcels, that could be developed. The only allowed use for much of the vacant property was as a parking lot. In recent years, there had been plenty of other suitors for those properties, but they were halted due to the covenants.

We had gone through an environmental review for the new Red Robin restaurant and the first strip center that would house a few tenants, including Starbucks. The neighboring property owners were notified, and nobody commented or appealed. But when we went to break ground, we had a cease and desist from the attorney from the neighboring property owner, and they were able to get a temporary restraining order that caused us to stop construction.

We went to court and got a summary judgment in our favor. Ultimately, we were able to make the argument that the covenants were invalid and were able to buy the two other properties once under the covenant.

How did Hogback get into the hotel development business?

We purchased eight acres (just south of 24th Avenue and Nob Hill Boulevard) from Fred Meyer, the previous owner of the property. We never planned to build a hotel on the site. We expected to have some big-box retailer and other retail pads and restaurants; that was the vision for a long time. But with it being in the location it’s in, getting a lease with national tenants was proven not to be successful. We had multiple offers and tenants in queue, but we couldn’t get any of them to the end zone.

We started thinking what else we could do there. The question of a hotel came up. Putting in a hotel was my idea, but I was also skeptical of my own idea. I commissioned a third-party study by a hotel valuation company, and they said, ‘We think a hotel could go in.’ It was the best decision we ever made with real estate development.

I did not know how hotels are owned and operated and how they get developed. I think we were quick studies; we jumped into it and asked a lot of questions. The main thing was finding the right operator. We nailed it with The Hotel Group out of Edmonds. They came highly regarded and respected. We were fortunate they agreed to manage our first hotel. That relationship has flourished. We got five other hotel projects in the works with the hotel group.

How would you rate the Yakima Valley’s prospects for future commercial development?

I think it’s positive. I can see logistically the way some of these users are moving across the Cascades from Seattle. They hit Spokane, hit the Tri-Cities and then they hit Yakima. Of course, some users will hit Spokane and not hit Yakima — Yakima isn’t going to get an Apple Store.

For years, the only question I got was whether I could get a Trader Joe’s. More recently, it’s whether I could get a Chick-fil-A. Trader Joe’s now has two locations in Spokane, and they’re looking with earnest at the Tri-Cities now. Could Yakima get a Trader Joe’s in the next five years? It’s totally in the realm of possibility. Will Yakima get a Chick-fil-A in the next five years? That’s also in the realm of possibility.

There are some national tenants I can tell you who are looking seriously at the Yakima market. I can say with good certainty they’ll be opening their doors in the next two to three years.

It’s bad; so many kids need homes, and there are so few foster parents that on the west side, foster kids are being put into hotels with volunteer and paid social workers because there are no foster homes to put those kids in.

I highly encourage anyone with the resources to become a foster parent. We need more foster parents. It’s a real tough system to be involved in, but totally worth it.

Checking In is a monthly Yakima Herald-Republic feature in which we interview key figures in the Yakima Valley business community to get a little insight into their work and industry.

Checking In is published in The Bottom Line on the fourth Sunday of each month. Is there a member of a business community you’d want the Herald-Republic to interview for this feature? Send reporter Mai Hoang suggestions at maihoang@yakimaherald.com.