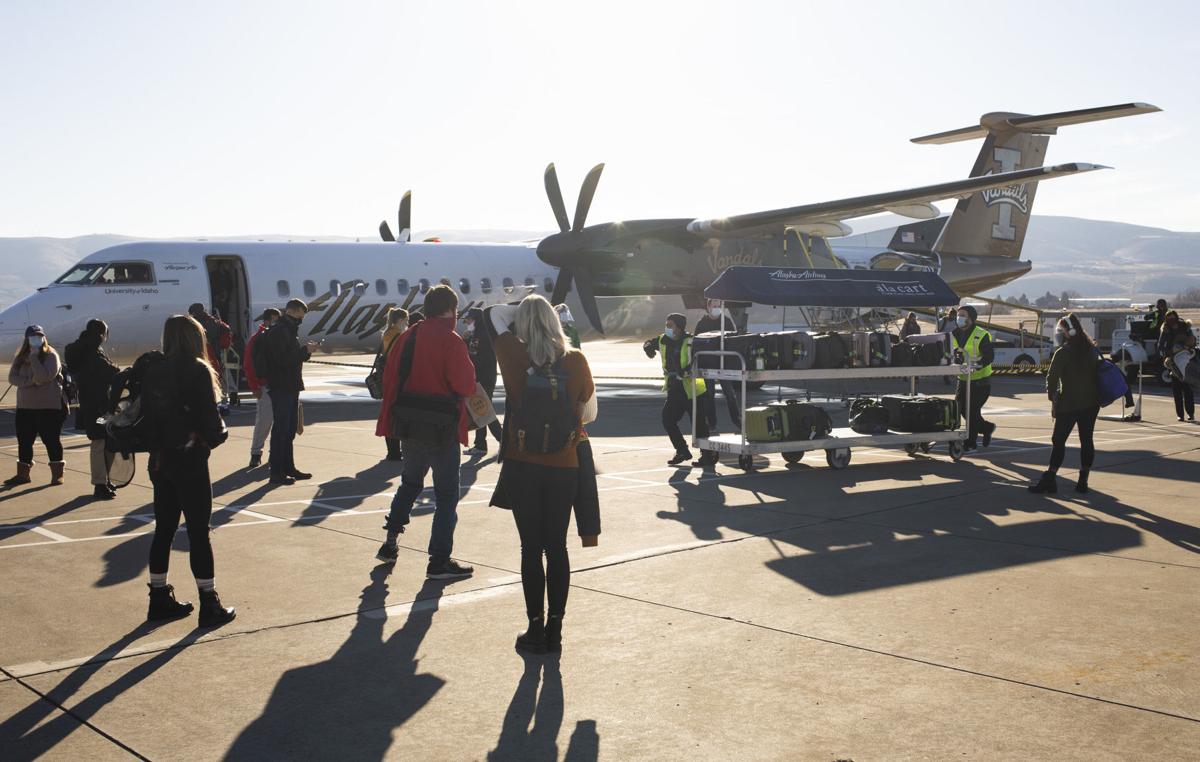 Alaska Airlines employees push a cart of luggage through a crowd of waiting travelers on Thursday, Dec. 24, 2020 at Yakima Air Terminal in Yakima, Wash. 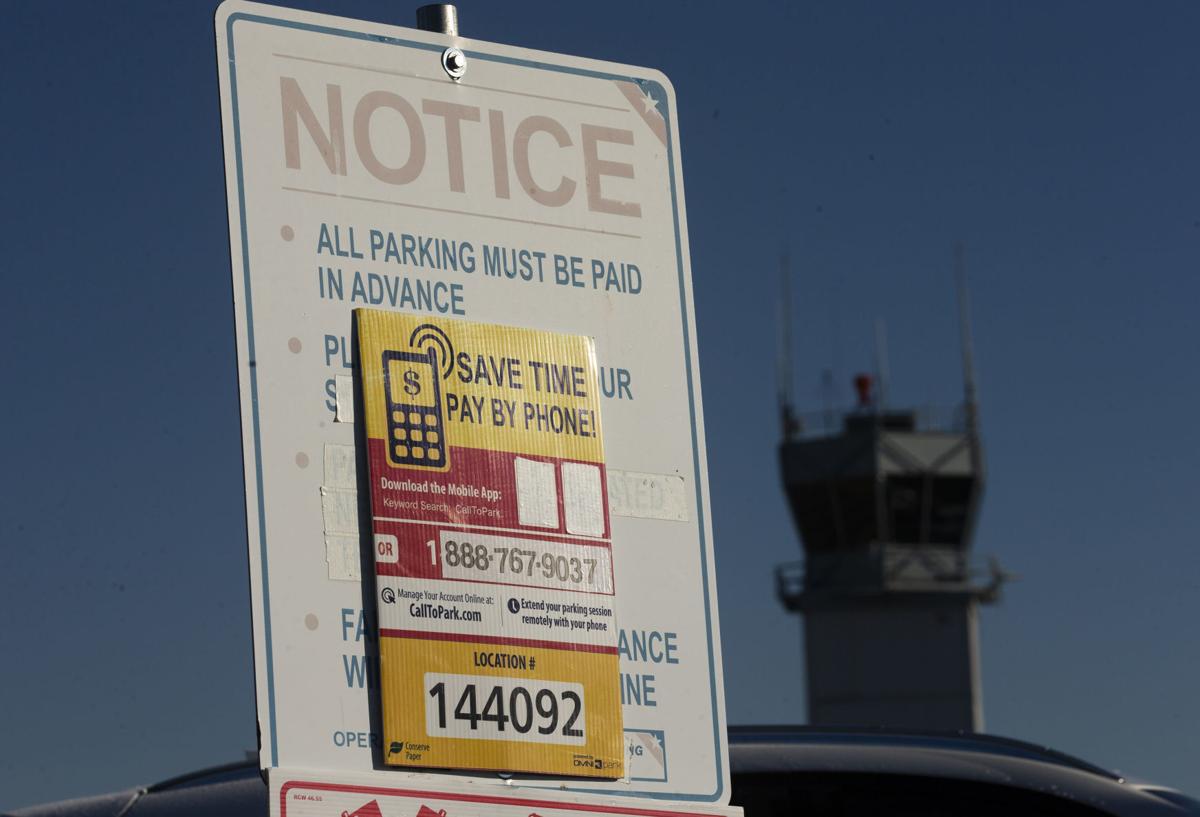 A sign encourages travelers to pay for parking ahead of time by using a mobile app on Thursday, Dec. 24, 2020 at Yakima Air Terminal in Yakima, Wash. 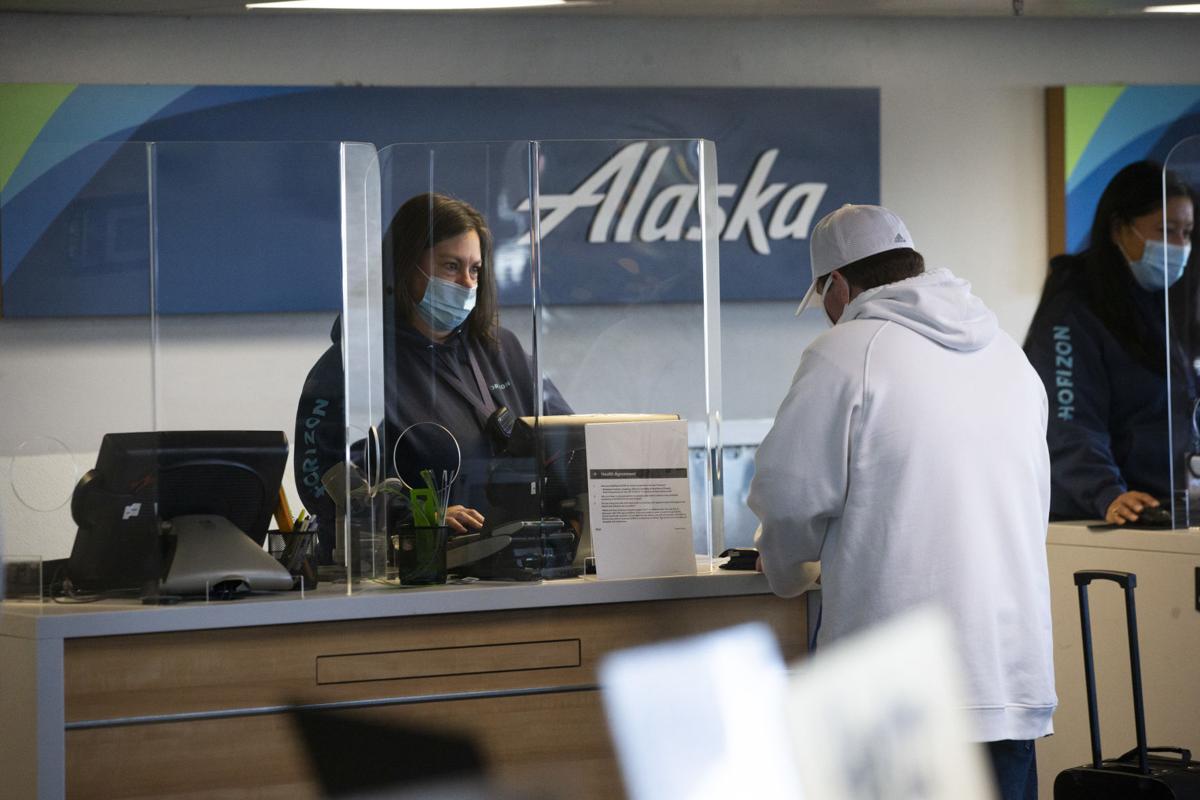 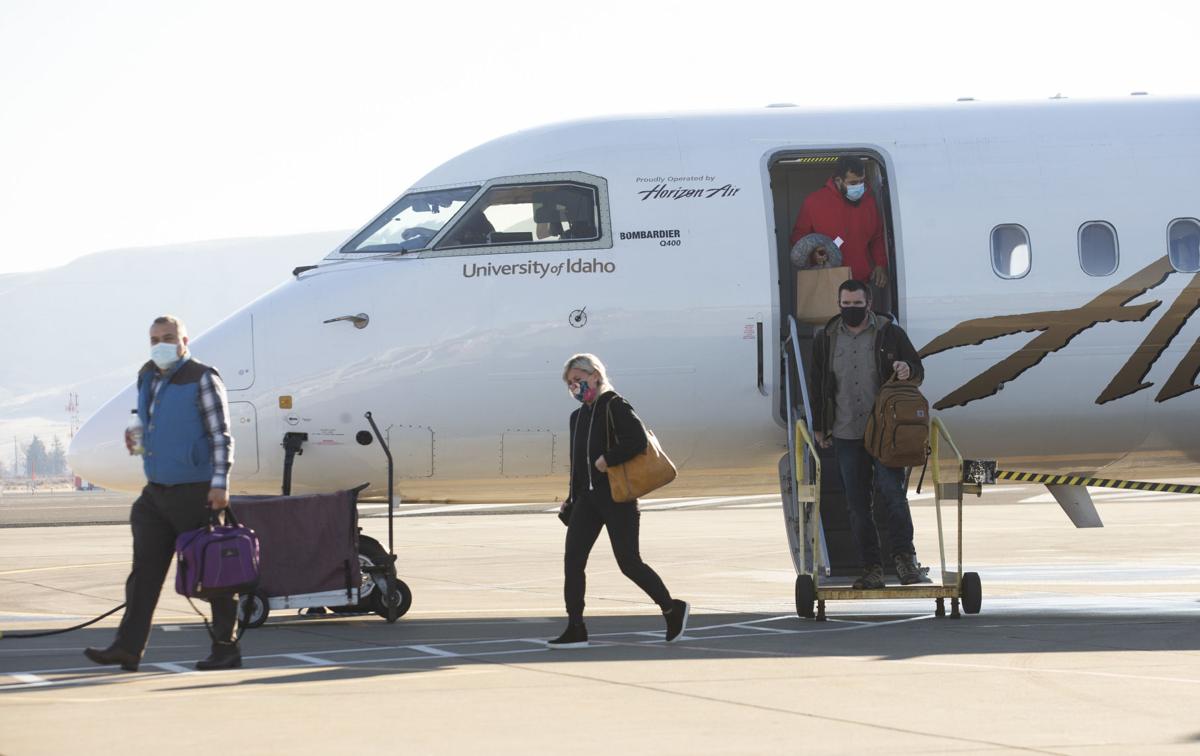 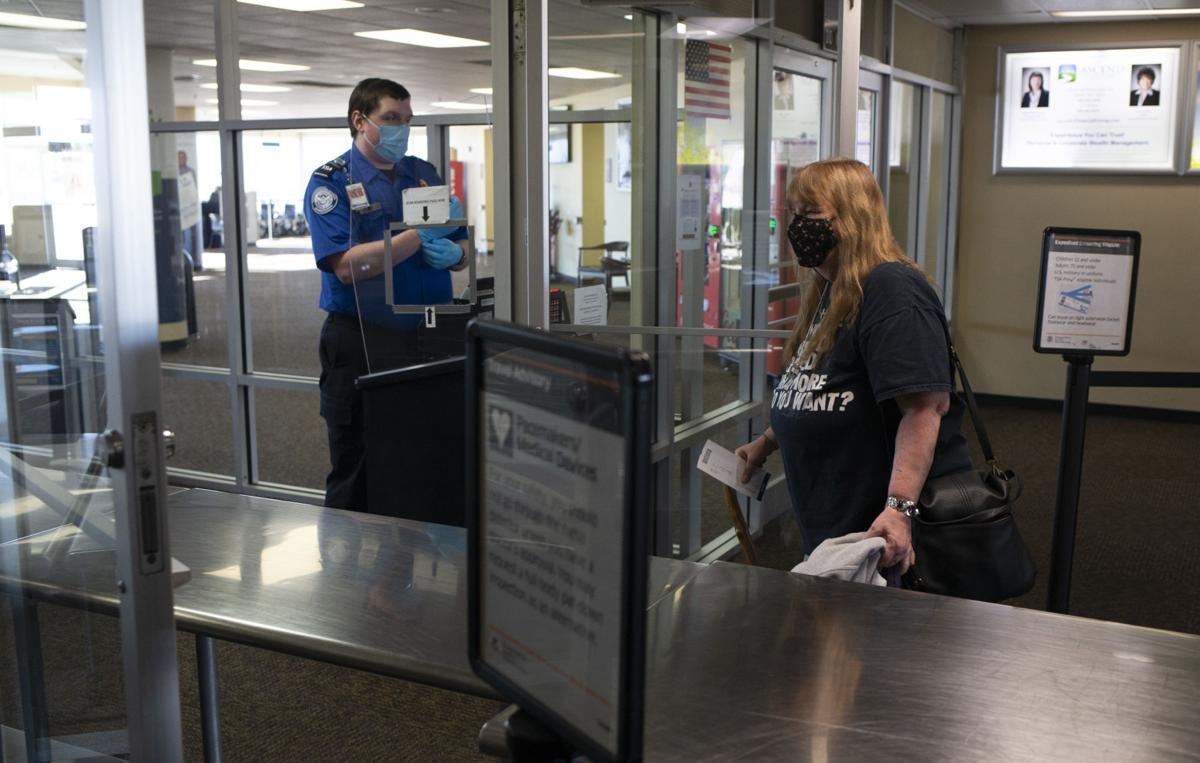 Alaska Airlines employees push a cart of luggage through a crowd of waiting travelers on Thursday, Dec. 24, 2020 at Yakima Air Terminal in Yakima, Wash.

A sign encourages travelers to pay for parking ahead of time by using a mobile app on Thursday, Dec. 24, 2020 at Yakima Air Terminal in Yakima, Wash.

It’s been a tough year at the Yakima Air Terminal, with activity bottoming out in April when just 249 people flew out of the airport. Since then, passengers have increased each month, but remain well below pre-COVID levels.

The year started off in good shape: More than 13,400 people flew out of the Yakima Air Terminal in January and February, a robust increase of 11.2% compared to the same period in 2019.

Just over 2,500 passengers flew out of the airport in both October and November, the highest number since the start of the COVID-19 pandemic.

“Ultimately, I’m hopeful the third flight will resume in the spring or summer as the vaccines roll out and people feel more comfortable to fly,” Yakima airport director Rob Peterson said.

Assuming slightly improving numbers in December, the airport’s boarding for 2020 is expected to hover around 30,000, not even half of the 70,369 passengers on Alaska Airlines and charter flights in 2019.

It remains to be seen when Alaska Airlines will resume a third and possibly fourth flight. The airline was operating up to four flights most days before the COVID-19 pandemic.

Alaska Airlines has been filling planes to 80% capacity to ensure enough physical distancing.

In November, the 58 Alaska Airlines flights departing from Yakima were 57.1% full. During the previous five years, those flights were 74% to 78% full.

The pandemic has also changed how airlines do their scheduling. Prior to the pandemic, an airline would plan a schedule six to nine months out, Peterson said.

With airlines now eliminating penalties for flight changes or cancellations, they’re now only planning one to two months ahead, he said.

Fewer people flying in and out of Yakima means fewer rental cars and fewer cars in the airport parking lot, which impacts the airport’s revenue, Peterson said.

A central part of the airport’s strategy has been to make changes so people don’t have to touch anything. Parking can now be prepaid via an app, rather than pressing buttons on a public terminal. The use of electronic boarding passes on mobile phones has increased.

The terminal was planning to add touchless faucets in restrooms in 2021, but moved up the installation to this year.

The installation of the faucets reflects the number of changes made to make passengers more at ease about traveling amid the COVID-19 pandemic, Peterson said.

“We wanted to make sure we take those extra precautions,” he said.

Other aviation activity at the airport, including cargo delivery, private jet service, flight training and hobby flying, was not hit as hard by the pandemic.

According to air traffic control data provided by the Yakima Air Terminal, there was 38,609 military, general aviation and air taxi flight operations so far this year as of November, compared to 43,522 flight operations from the same period in 2019. Most of that drop came in April, during the first full month of the state’s stay-at-home order. That month, there were just 1,896 flight operations, compared to 3,474 in April 2019.

Peterson said that as the statewide stay-at-home order and other COVID-related restrictions were lifted or eased, people became more comfortable operating private planes since it generally was limited to solo or small-group trips. In addition, more businesses turned to private jets or even purchased a small plane to transport employees as an alternative to commercial air service.

The interest by small- and medium-sized businesses in owning their own aircraft or booking time on a private plane is not new, but likely accelerated as owners sought safer ways to travel.

“General aviation (aircraft) has been key in making sure you can maintain social distancing,” Peterson said.

The airport makes revenue from such activities through selling fuel, tie-downs for planes that land in the area and leasing space to operators who use them for items such as plane hangars.

As of the third quarter of this year, the airport had generated $1.12 million in cumulative revenue for 2020, which is slightly above revenues as of the same period in 2019, according to figures from a financial report from the city of Yakima, which owns the airport.

However, the report states that the airport “expects to see a material decrease due to the COVID-19 emergency” in the coming months.

Earlier this year, the Yakima airport received $1.29 million through the CARES Act, the federal coronavirus relief package. The airport also received additional funding — between $130,000 to $140,000 — to fund a runway rehabilitation project done this summer. The airport typically would have to cover 10% of the $1.4 million cost, but the CARES Act funding enabled full funding from the Federal Aviation Administration.

The $1.29 million in funding can be used for expenses in 2020 and 2021. Much of the funding so far has been used to increase sanitation efforts and provide additional safety precautions, such as installing the touchless bathroom faucets.

But the CARES Act funding has been crucial in helping the airport cover operating expenses and “balance the checkbook at the end of the day.”

Still, a lot of capital improvements planned for 2020, such as the installation of ADA-compliant stairs and a new security system in the terminal funds, were put on hold indefinitely.

And there may be a long wait until airport activity — and the revenue that comes with it — return to pre-pandemic levels, Peterson said.

This month in The Bottom Line, the Yakima Herald-Republic will look at how the COVID-19 pandemic has impacted several different industries.