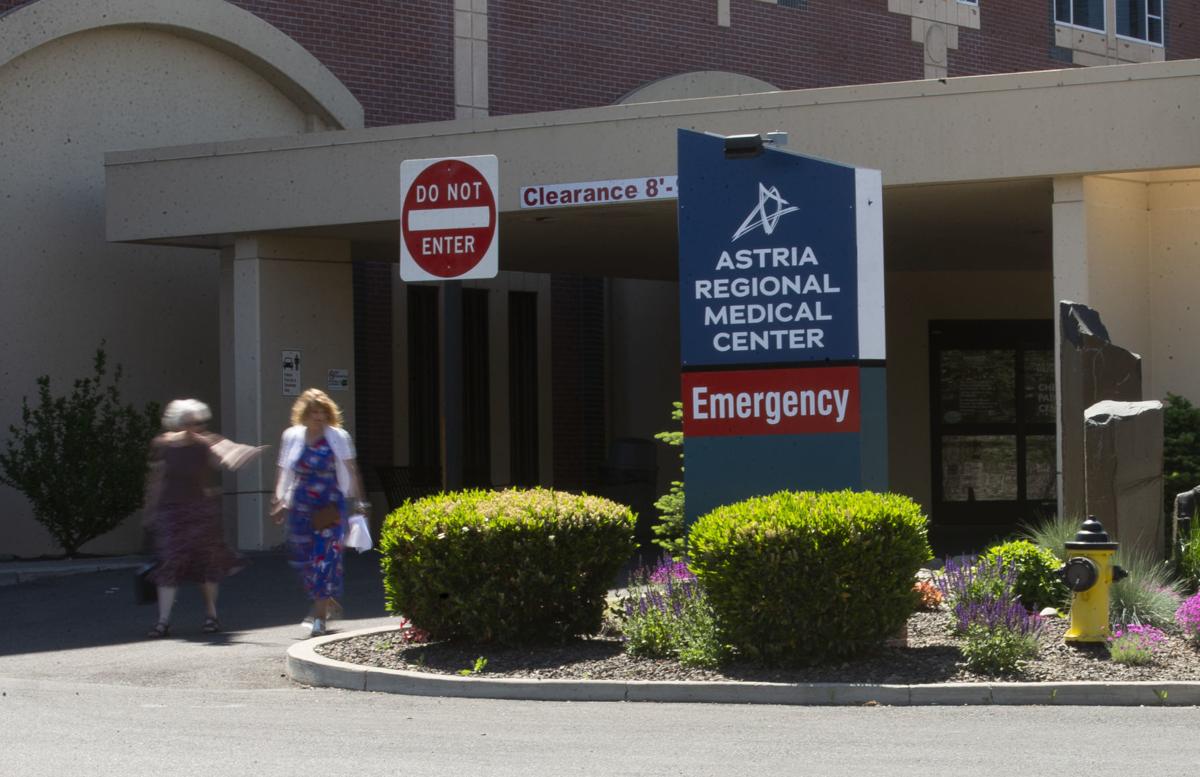 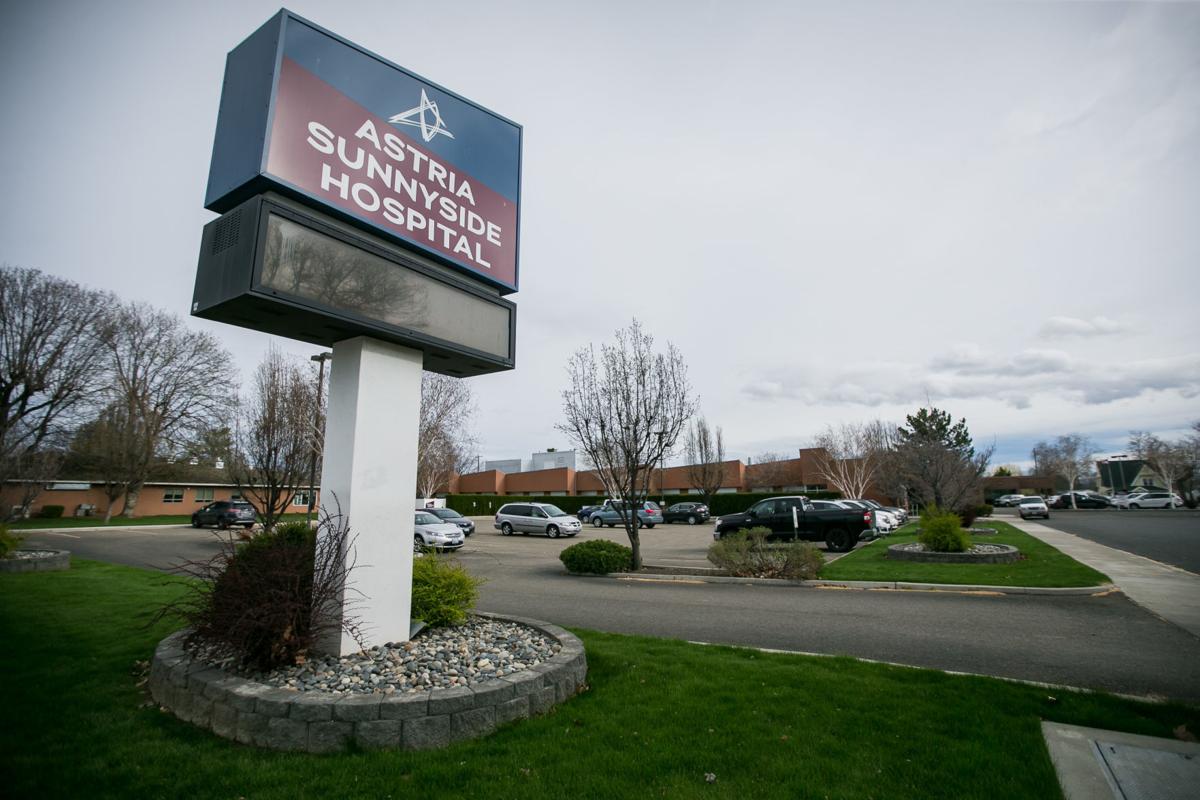 Astria Health officials said for the first nine months of 2018, their hospitals and clinics were on a roll.

The Sunnyside-based nonprofit was seeing increased patient volume at Astria Regional Medical Center in Yakima and Astria Toppenish Hospital, the two hospitals it acquired in the fall of 2017, CEO John Gallagher said Thursday in an interview with the Yakima Herald-Republic.

Astria Health, he said, was in line to earn a net positive $17 million for the year in EBITDA — earnings before interest, tax, depreciation and amortization.

“It would have been a banner year,” Gallagher said.

However, Gallagher said, that momentum came to a halt in September because of issues with the vendor managing Astria’s revenue cycle. That caused tens of millions of dollars in losses over several months.

Astria went from “a banner year” to struggling to pay vendors, including ones that provided supplies crucial for patient care.

Astria Health filed for Chapter 11 bankruptcy protection Monday,May 6. Had a judge not approved $28 million in debtor-in-possession financing two days later, Astria officials said they would not have been able to make payroll last week.

Astria Health has already lined up a new revenue cycle management vendor, which will boost revenues and help Astria meet its self-imposed deadline to emerge from bankruptcy by year’s end, Gallagher said.

“We put (deadline) on ourselves because we have confidence in the revenue cycle flipping and we’ll see positive progress and be able to negotiate a plan with the creditors,” Gallagher said.

CHS had talked to Astria Health about continuing that relationship and running Astria Sunnyside’s revenue cycle as well, but the deal did not work out, Gallagher said.

Last summer, Astria officials interviewed several vendors before settling on the one it hired. In bankruptcy documents, Astria Health said it has opted not to reveal the name of the vendor.

Gallagher said Astria Health set several benchmarks the vendor had to meet early in the transition, which started in August.

“We felt comfortable the company was going to … have the ability to facilitate a smooth transition,” Gallagher said.

That was not the case, however. Despite consistent patient volumes, Astria went from collecting $20 million in revenues a month to $16 million, according to comments by Samuel Maizel during a U.S. Bankruptcy Court hearing last week. Maziel, an attorney with Dentons law firm, represents Astria Health in its bankruptcy proceedings.

Astria Health said the inability of the revenue management vendor to collect payments has cost Astria $75 million and resulted in an ongoing cash flow shortfall.

Gallagher said several recent service cuts were efforts by Astria Health to realize cost savings while they dealt with its cash flow issues, including suspending the operation of the inpatient rehabilitation unit at Astria Regional Medical Center and converting its urgent care clinics to walk-in centers. Both were losing money.

“That was a difficult situation, of course,” Gallagher said.

However, despite its bleak financial state, Astria Health executives are expressing optimism about its prospects.

While Astria, in its court arguments, acknowledged the possibility of an “alternative transaction” — i.e., selling its assets — Gallagher insists the only goal is reorganization.

Resolving revenue collection issues is a crucial part of that strategy.

To that end, Astria Health has started working with a company called Gaffey Healthcare.

Gaffey is a sister company to HealthTech Management Services, the Tennessee-based company that hired Gallagher to run Sunnyside Community Hospital and Clinics. When Sunnyside and parent company Regional Health purchased the Yakima Regional Medical Center and Toppenish Community Hospital and rebranded the system as Astria Health, the firm, now known as HealthTechS3, provided management services for Astria until January 2018.

Gallagher said his previous working relationship with HealthTech Management Services is why he’s confident this vendor will work out. Gaffey also did some previous revenue cycle management for the Sunnyside hospital.

“We should be able to have a stronger relationship and facilitate a faster transition,” he said.

for about four months. After that, Gaffey will take over the entire revenue cycle management operation.

By having two vendors work on collections, Gallagher believes Astria can boost revenues and improve cash flow in several months.

But Astria Health has continued to hire staff physicians and other providers and plans on “redoubling” efforts to recruit staff, Gallagher said.

The $28 million in debtor-in-possession financing will be used to provide working capital for Astria Health facilities and pay off two of its secured lenders. That will allow Astria Health to operate its hospitals and clinics, as usual, Gallagher said.

Over time, Astria Health hopes to not only maintain services but improve them. That includes the suspended rehabilitation care unit at Astria Regional. Gallagher said Astria Health had been talking with a third-party company about managing the unit.

Gallagher said the Legislature’s passage of a bill increasing the reimbursement rate for patients at the new in-patient psychiatric ward at Astria Toppenish Hospital would provide much-needed revenue for an in-demand service.

“That will open significant dollars,” he said.

In its bankruptcy filings, Astria argues its continued operation is crucial to in order to provide services not available elsewhere in the Yakima Valley, such as its open-heart surgery and neurosurgery programs.

“That’s the only way it makes sense, to have it all integrated together,” he said.

EDITOR’S NOTE: The Yakima Herald-Republic is among the vendors affected by Astria’s bankruptcy.

In May 2018, Sunnyside-based Astria Health sought to acquire Trios Health in the Tri-Cities …

Officials concerned about Astria, but optimistic it will emerge from bankruptcy

State and local officials watching Astria Health work through Chapter 11 bankruptcy proceedings say they have concerns, but are optimistic the…