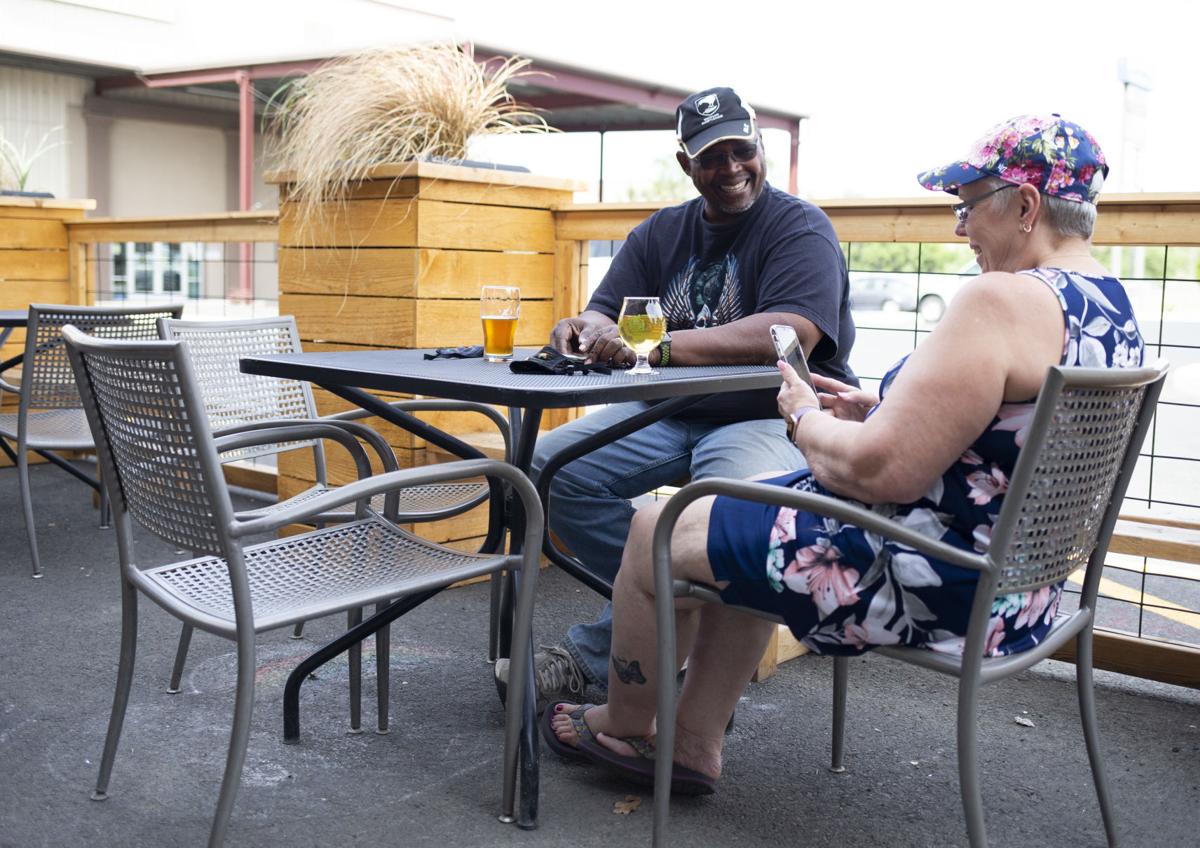 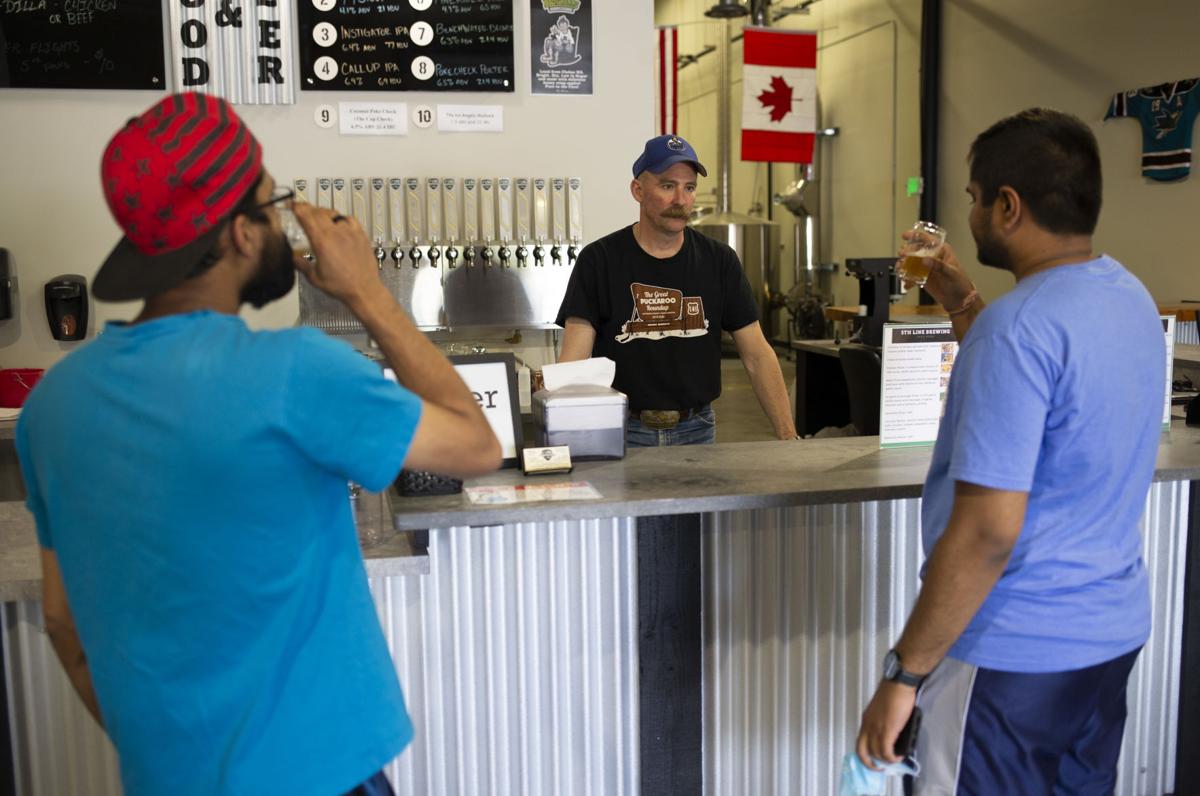 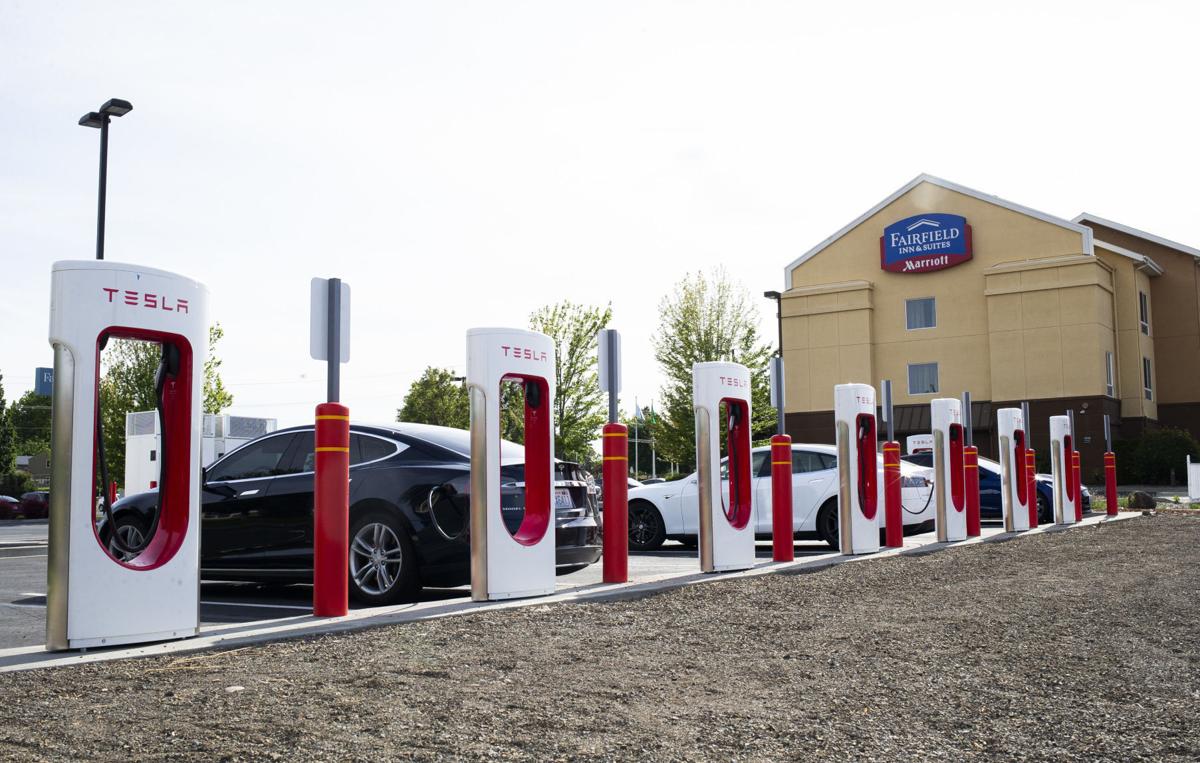 Tesla charging stations charge Tesla vehicles in the parking lot between Fairfield Inn and Suites by Marriott and Ledgestone Hotel Wednesday, May 26, 2021, in Yakima, Wash.

Tesla charging stations charge Tesla vehicles in the parking lot between Fairfield Inn and Suites by Marriott and Ledgestone Hotel Wednesday, May 26, 2021, in Yakima, Wash.

During one weekend earlier this month, 97 out of the 156 rooms at the Red Lion Hotel Yakima Center were booked.

“This past weekend was a super busy weekend,” said operations manager Maria Nuñez.

Guests were a mix of out-of-town construction workers and leisure travelers, she said.

It’s not quite back to normal: Nuñez is still getting cancellations for hotel stays related to events and conferences once scheduled at the neighboring Yakima Convention Center. But many of those customers have rebooked for 2022.

Still, there is far more activity than last year, when most hotel rooms were vacant.

The tourism and hospitality industry is anticipating a solid summer season after experiencing monumental losses in revenue and jobs due to the COVID-19 pandemic.

Local businesses say they have started to see a gradual resurgence of travel activity expected to continue through the summer, typically a busy season for tourism in the Yakima Valley.

About 87.3% of people said they plan on taking a trip this summer, according to the findings of a recent weekly survey from Destination Analysts, a San Francisco travel and tourism research marketing firm.

That season is arriving just as Washington state lifts its COVID-19 restrictions at the end of June, allowing restaurants, breweries, and other tourist destinations to operate at full capacity.

Industry officials expect a long recovery, given the disproportionate impact the pandemic has had on the tourism and hospitality industry.

Local travel spending figures from last year are not yet available, but the loss is likely to be substantial based on pre-pandemic numbers. According to Yakima Valley Tourism, travelers spent $347 million in Yakima County in 2019 and generated $36 million in state and local tax dollars.

Economic impact figures from sporting events show a significant negative impact in 2020. The Yakima Valley hosted one major sporting event, the WIAA State Basketball Championships, before the pandemic hit in mid-March of last year. In total, the region hosted 108 sporting events that generated $8.2 million in economic activity in 2020, an 84% drop from 2019, according to Yakima Valley Sports Commission figures.

According to Yakima Valley Tourism, 56 conferences/conventions were canceled in 2020, which resulted in the cancellation of 17,309 room nights, a loss of $5.8 million in spending. But many of those conferences and conventions have committed to new dates in 2021 or 2022, the organization said in its annual report. Recently, Yakima Valley Tourism unveiled a new 18,000-square-foot addition at the Yakima Convention Center.

Blandford of the Washington Tourism Alliance said as more people get vaccinated and feel more at ease about resuming activities outside the home, they are eager to resume travel.

“We know there is pent up demand for travel,” he said. “There was demand before the pandemic.”

Indeed, more visitors are coming to the Yakima Valley due to its proximity to large tourist markets, namely Seattle and Portland.

Historically, the Yakima Valley has been a destination for travelers from other parts of the Northwest. And figures from the Destination Analysts survey show that 46.3% of visitors plan on taking “low-key close-to-home escapes.”

The Red Lion Hotel Yakima Center is close to the Yakima Convention Center, so its customer mix has historically leaned heavily — upward of 75% — toward groups in town for conferences and events, said Nuñez, the hotel’s operations manager.

This summer, she expects most of the hotel’s guests to be leisure travelers.

“They’re here for the beer and the wineries,” she said. “I know we’re going to see people for those two things.”

Wendy King has private bookings for The Little Hopper, her brewery tours business, every weekend through August. Many of those bookings have come from those visiting from the Seattle and Portland areas.

“I’ve had a very busy April and May and coming into a busy June, July and August,” she said.

She’s also seeing out-of-town visitors book seats on her hop-on, hop-off shuttle routes, where the buses loop around three to four breweries for the entire day. Visitors can get on and off the different stops as they please for a set fee.

“They’re visiting family, or they’re coming over to the east side for sunshine and beer,” she said.

A year ago, King, who had just started her business, felt a lot of uncertainty about whether she could remain in business with so few bookings. She managed to stay afloat by doing local tours and using savings to cover expenses.

“It’s just exciting to have it open up again and welcome people back,” she said.

One brewery hoping to see more visitors this summer is 5th Line Brewing Co., which opened earlier this year at 1015 E. Lincoln Ave., Suite 106. It’s near the Fairfield Inn and Suites and the High Step Climbing Center.

Due to statewide COVID-19 restrictions, the brewery had to forgo the typical big grand opening. However, co-owner Kristina Coppock said there are benefits to a more muted opening.

“It’s good not to be super overwhelmed and ease into crazy business out of the gate,” she said.

She said the brewery has also been able to spend more time building out the facility. The brewery recently increased its taps to serve more varieties of its beer.

The pandemic had created one unique source of new customers — residents of other parts of Washington state who visited the mass COVID-19 vaccination site at State Fair Park. The brewery has also been a go-to destination for vaccination site workers looking to unwind after a busy day.

Coppock is looking forward to the fall when the brewery can play up its hockey theme when the ice hockey season starts. It plans to air games of the Seattle Kraken, the new NHL team.

In the meantime, Coppock is looking forward to seeing more locals and tourists come into the brewery.

Visitors and spending in Yakima County declined amid COVID-19 pandemic

The COVID-19 pandemic caused a massive decline in visitors to Yakima County and Washington state, according to new figures from the Washington…