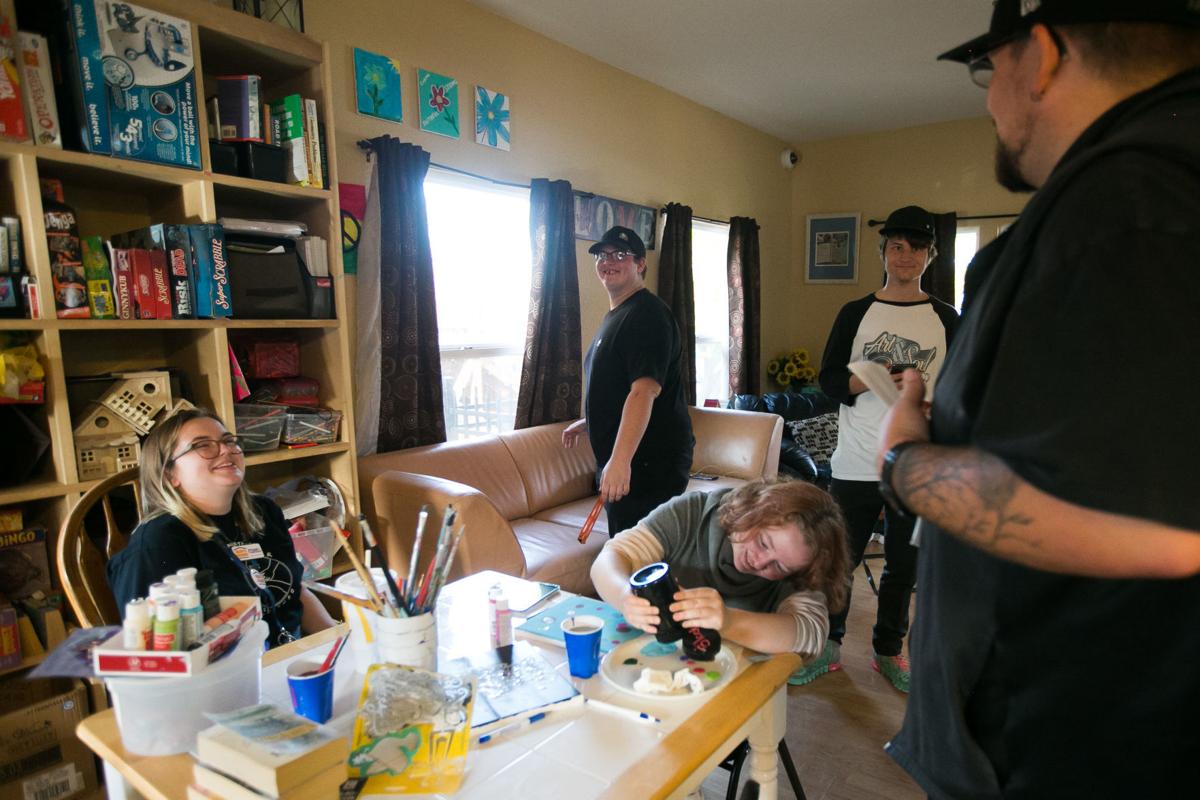 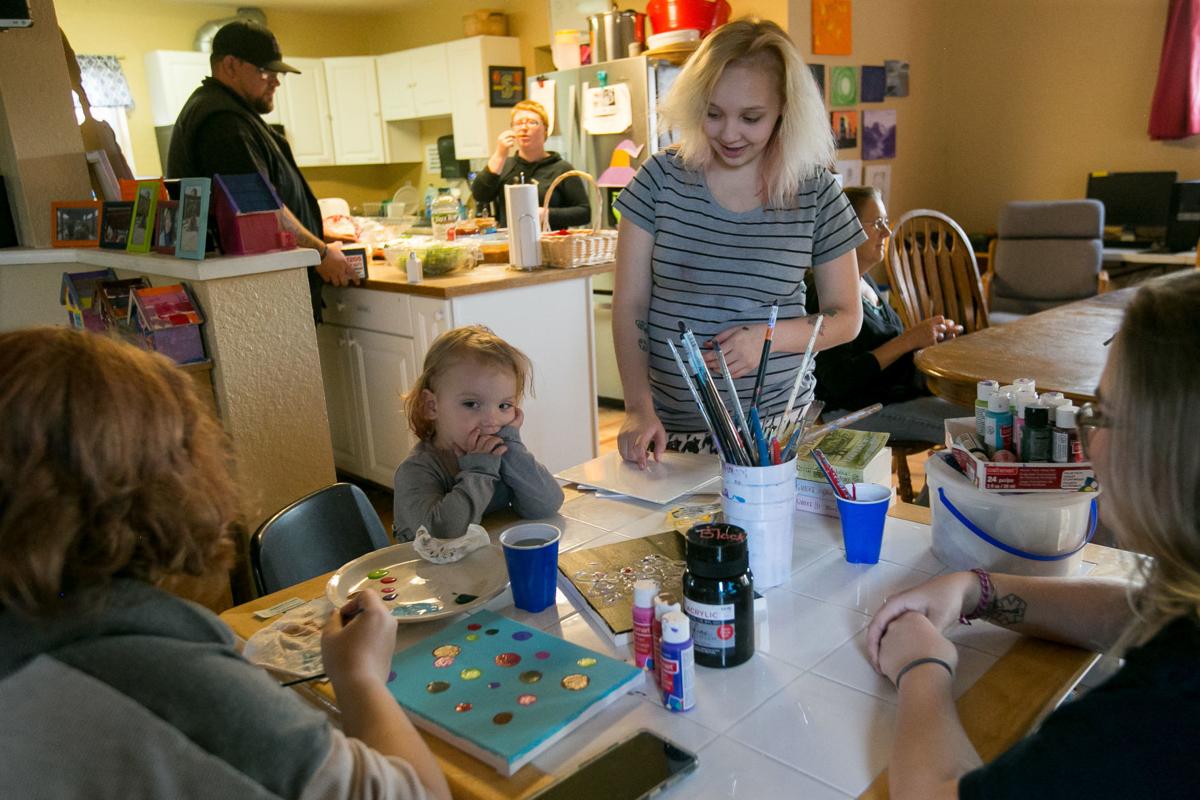 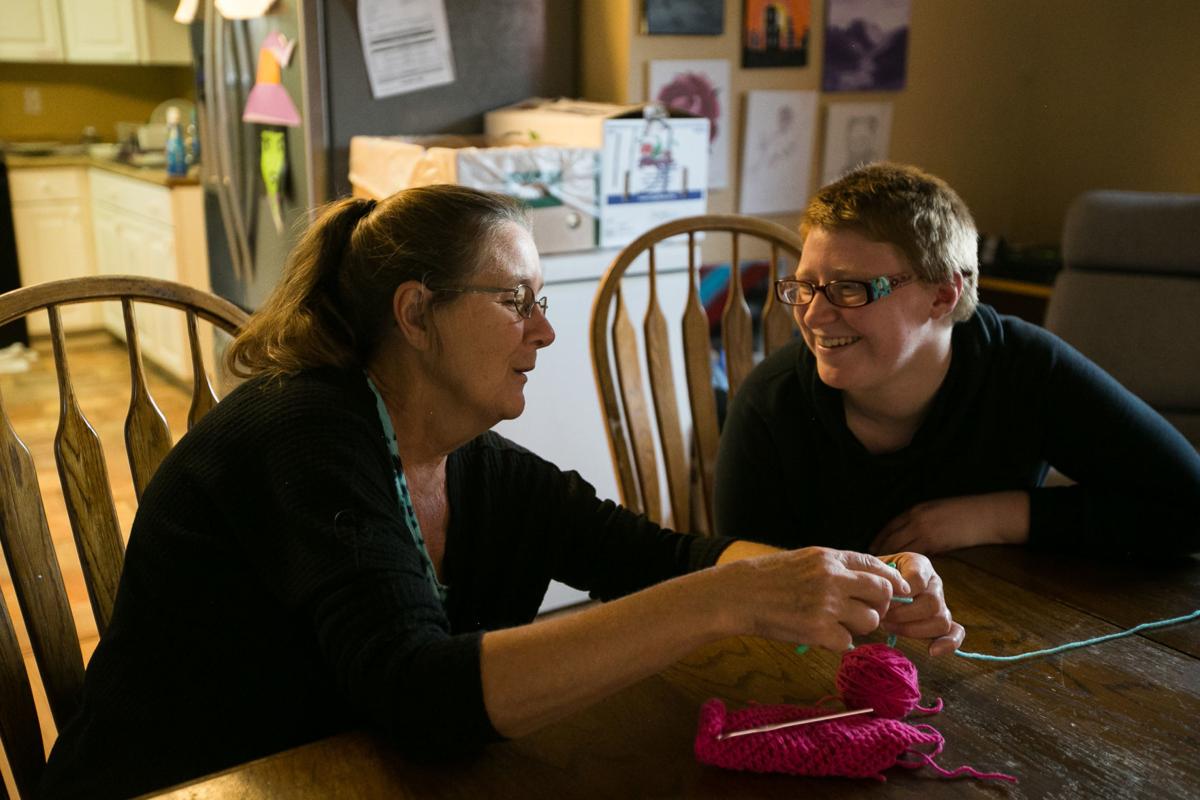 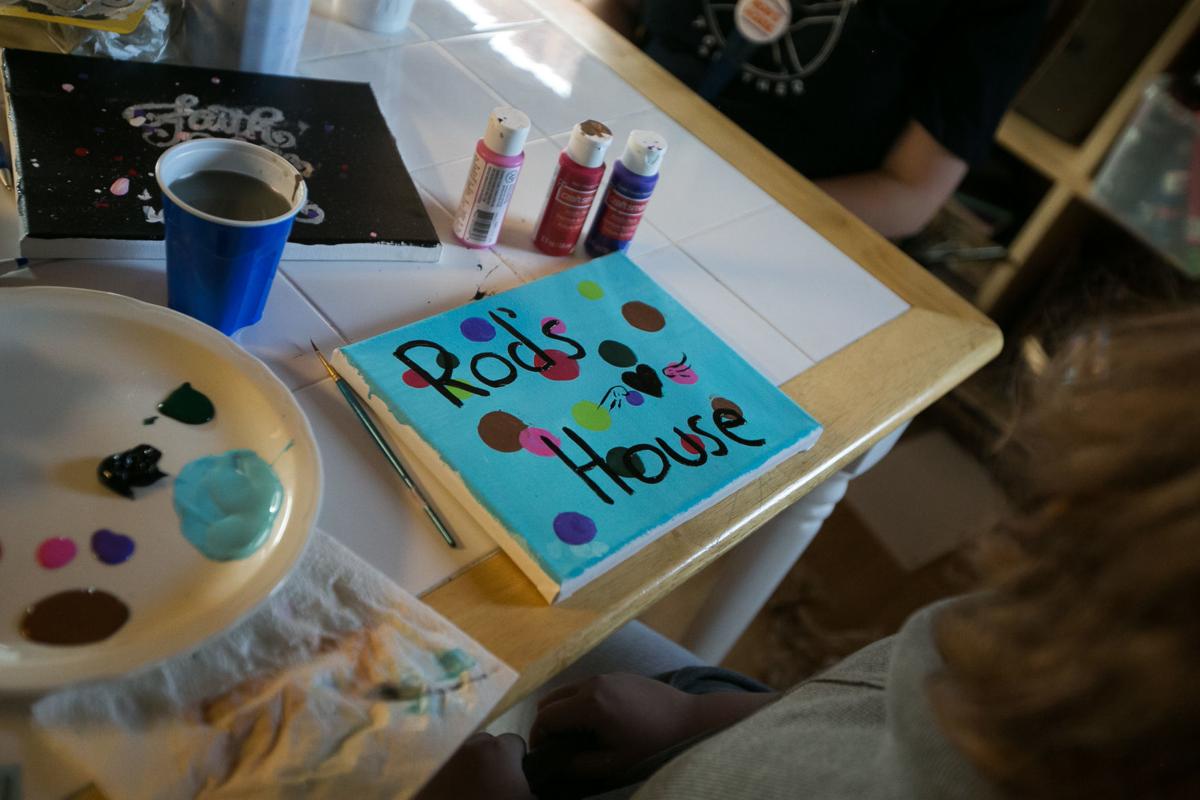 They heated up some donated soup, made grilled cheese sandwiches and talked.

“That’s what we did the first day,” she said.

After a while, more young people started to visit, and the center began seeing about five kids day on a regular basis, she said.

“In the beginning, it was word-of-mouth,” she said. “It was pretty slim, but then kids heard about it and started to come.”

Operating in a two-story house at 204 S. Naches Ave., the center is helping more visitors than ever. Here, nearly 400 individuals between 13 and 23 seek help each year.

The center operates a kitchen, helps connect youths with food and clothing pantries, and offers guidance from case workers. It also provides a safe place for young people to hang out.

“I think over the years Rod’s House has created a safe space for kids to go and talk about their circumstances and not be judged,” Riel said. “And the goal is to do this through education, so they can graduate high school or get an equivalency and possibly go to trade school. That’s how you lift kids up and out of homelessness.”

The formation of Rod’s House was sparked by a growing population of homeless youth and a lack of services for them, said Elizabeth Tutsch, one of the center’s founding board members.

It was 2004 and there were reportedly 700 homeless students countywide — with few services available for them, she said.

For instance, there wasn’t an overnight youth homeless shelter. So service providers with the Homeless Network of Yakima County began to devise a plan to end homelessness throughout the county. Part of the plan was to increase youth services and establish an overnight shelter for them, Tutsch said.

Unable to find a building right away, the group began gathering donated backpacks filled with school and personal hygiene supplies for homeless students.

Requests for backpacks began coming from across the county, she said.

“There was a lot of need,” Tutsch said. “Requests for backpacks came from all over the county. Social workers were calling and school districts were calling.”

Donations continued to support the backpack project, she said.

But then the question arose: “How are we going to get from backpacks to a shelter?” she said.

Planning for a structure was underway and fundraising efforts had begun.

A variety of local businesses, organizations, individuals and agencies volunteered and made donations to refurbish the house. It didn’t happen overnight, Tutsch said.

“We’d get as far as we could with the money we had raised and there would be a little pause and we’d have to raise more money,” she said. “We always knew it would happen.”

A 2016 report estimated that more than 13,000 youths ages 12 to 24 were living in the streets in Washington. A local survey in 2017 identified 51 homeless people ages 18 to 24 in Yakima, with 45 percent of them in emergency shelters and the rest living on the streets or couch surfing.

During the 2015-16 school year, there were 2,614 homeless students in Yakima County, according to data from the Office of the Superintendent of Public Instruction — 4.8 percent of the county’s 54,297 students.

“So we’re in a place right now where we’re going to be north of 400,” he said. “That’s a pretty scary place. That’s a place that Rod’s House has never seen before.”

Rod’s House sees a wide range of homeless youths, some living on the streets and others couch surfing or doubled up with other families under one roof, he said.

Many are facing struggles such as substance abuse or mental health issues that may be contributing to their homelessness. Others have recently been released from jail or were kicked out of the house by their parents over their gender or sexual identity, Ahern said.

Most of them simply need a chance to succeed, he said.

“We have some of the most loving and caring hard-working youth that I’ve ever met,” he said. “And for those that have been with Rod’s House, we’ve really learned that they have so many positive skills and talent and they’re not really being given that opportunity. They’re being overlooked when it comes to employment.”

But supporters haven’t given up.

The county recently was named one of four communities to participate in a statewide project to end youth homelessness, which is being administered by nonprofit A Way Home Washington and the state Office of Homeless Youth.

The center also is conducting a capital campaign for an overnight facility once a plan is defined, she said.