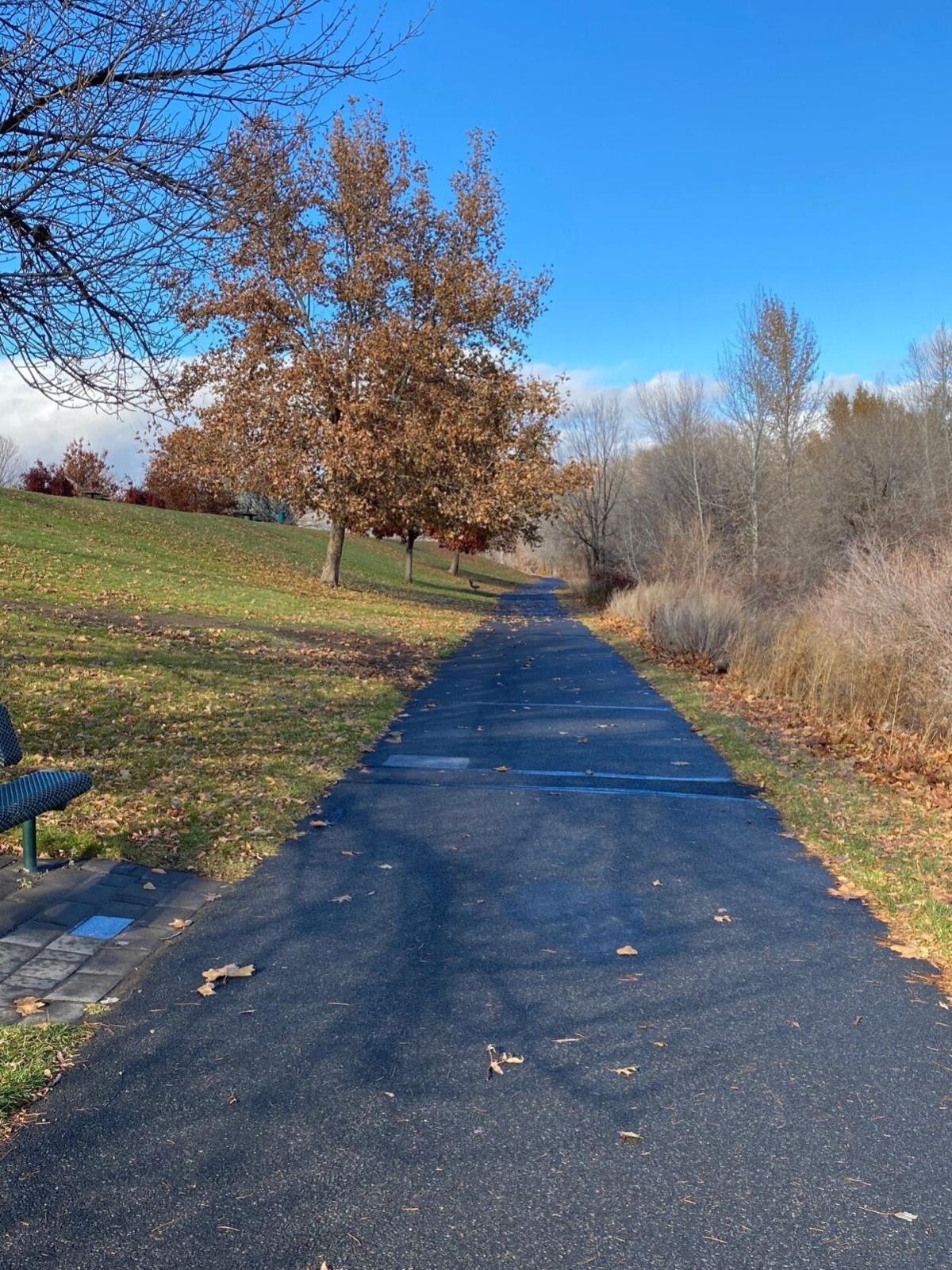 The path to peace of mind and some easygoing exercise awaits Yakima Greenway visitors. 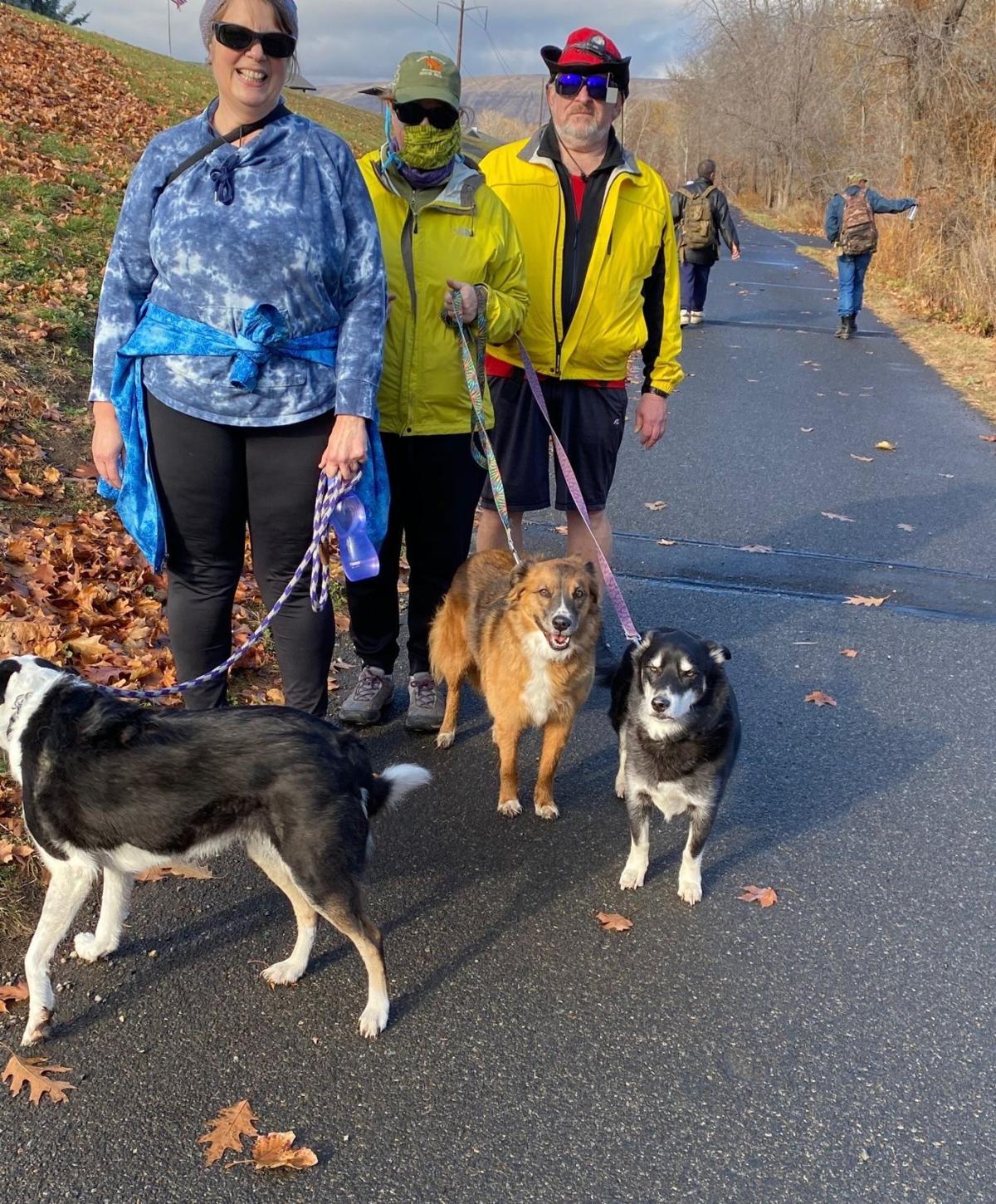 After months of staying at home, many Yakima-area residents are finding fresh air and soul-soothing sunshine on the Yakima Greenway, where exercise is easy and social distancing is relatively simple. 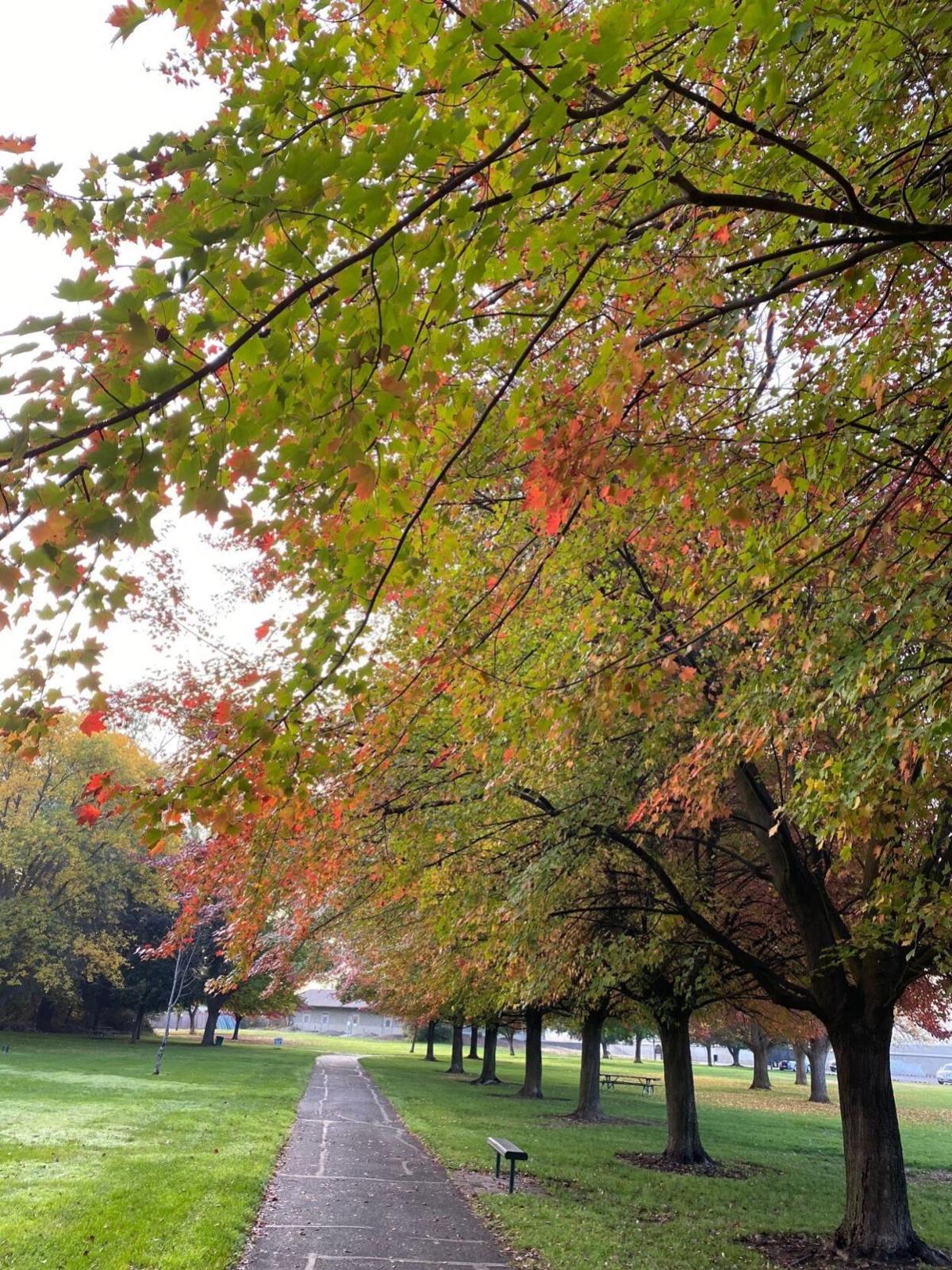 No matter what season you visit, the Greenway is an eyeful. 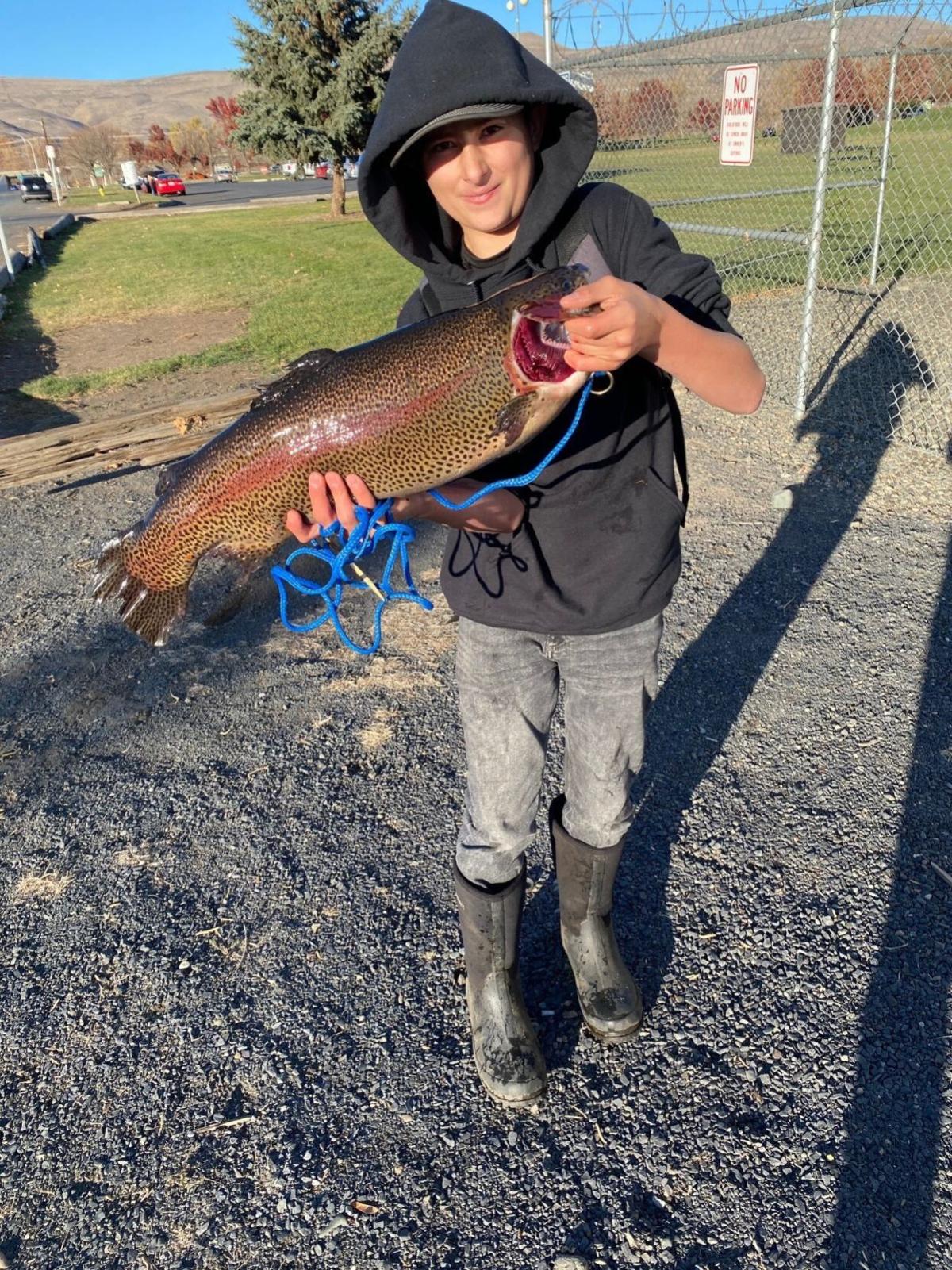 With 20 miles of pathways, parks and two nearby rivers along the Greenway, you can catch your recreation limit nearly any way you want. 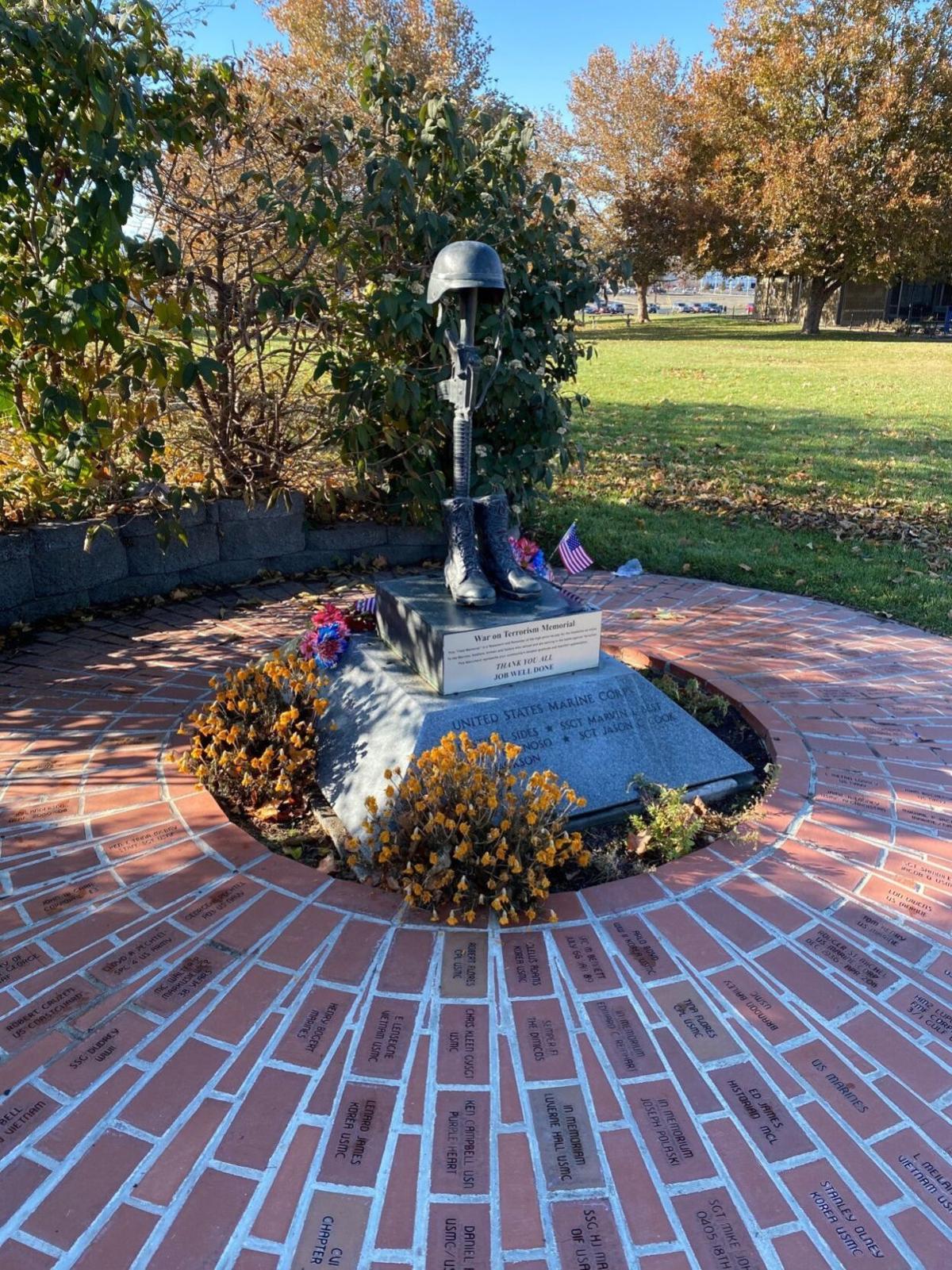 Despite a devastating fire in September, most of the Greenway's features are still intact.

The path to peace of mind and some easygoing exercise awaits Yakima Greenway visitors.

After months of staying at home, many Yakima-area residents are finding fresh air and soul-soothing sunshine on the Yakima Greenway, where exercise is easy and social distancing is relatively simple.

No matter what season you visit, the Greenway is an eyeful.

With 20 miles of pathways, parks and two nearby rivers along the Greenway, you can catch your recreation limit nearly any way you want.

Despite a devastating fire in September, most of the Greenway's features are still intact.

The Yakima Greenway is enjoying a renaissance. More and more people are rediscovering the open spaces, scenic beauty and freedom to roam on the Greenway. It’s a nice reprieve from months of COVID-19 limitations and rules, said Kellie Connaughton, who has served as executive director for three years.

In addition, plans for updating and replacing Greenway attractions are adding to this “rebirth” of one of the Yakima Valley’s best-loved natural wonders, which stretches for 20 miles from the farthest point west of Yakima to Union Gap, following the Naches and Yakima rivers. Two new playgrounds, fitness trail stations and renovations to the picnic pavilion, restrooms and Greenway Foundation office building are among revitalization plans. A public survey, going out early this year, will give the community a chance for input.

Officially established in 1984, the Yakima Greenway is a 501©3 land trust whose mission is to “preserve and conserve and provide recreational activity along the Yakima River for the community,” Connaughton said. Even before this, in the late 1970s, the Yakima River Corridor was recognized by the state of Washington as a “protected area,” thanks to the work of former Yakima County Commissioner Jim Whiteside.

Today, thousands of visitors each year take advantage of walking, jogging, biking, fishing (including three fishing ponds) and kayaking along the Greenway. Open from dawn to dusk, year round, it’s a draw for local families and individuals, school groups, military personnel and first responders, plus many visitors to our community.

As a “wetland conservation animal preserve,” the Greenway is home to many varieties of birds, including eagles, plus animals ranging from deer to beavers. Lush vegetation includes everything from wild roses to chokecherry and elderberry bushes, cottonwood and willow trees. There’s even a cactus garden, planted and cared for by the Larry Connell family.

“It provides a free space to recreate with friends and family, to explore, enjoy nature and just to get peace of mind, some solace,” Connaughton said.

However, after decades of enjoyment, plus a fire in September 2020 that destroyed the playground at Sarg Hubbard Park, and severely damaged Greenway Foundation offices and some 30 acres of natural habitat, the time has come to address an aging infrastructure, she said.

The first major step is the new playground “for young and old,” at Sarg Hubbard Park,

replacing the facilities that were burned. Due for completion this month, the playground features slides, climbing structures and interactive equipment such as bells and an “Omni Spinner” that you can sit on and twirl, Connaughton said. Funding for the new playground has come from insurance coverage and community members such as Poppoff Inc., and Pacific Power.

This spring, installation is scheduled for 20 stations on a one- to two-mile “fit trail,” Connaughton added.

The stations have been purchased with a $12,000 donation from the Parker Youth & Sports Foundation. Each station will have signs and illustrations demonstrating how to do exercises such as sit-ups, knee lifts, calf stretches, quadriceps climbs or pull-ups. The trail also will include signs for periodic heartbeat checks along the route.

This new installation replaces the 1986 fitness stations installed and funded through the assistance of Wells Fargo Bank and the former St. Elizabeth Hospital. Heavily used through the years, the timber on these stations is beginning to warp and peel, and information panels are showing severe wear.

Connaughton described the installation of the new fitness trail stations as a “community-built volunteer endeavor,” with groups ranging from military personnel at the Yakima Training Center to first responders and other community volunteers expected to assist.

“What makes me excited …. it’s (the fitness trail’s) free and it’s available for anybody to use,” Connaughton said.

As improvements keep rolling along, a new Rotary playground, sponsored by all three of Yakima’s Rotary clubs and the Rotary Trust, is scheduled to be installed by late June, about half a mile from Sarg Hubbard Park. The new, fenced playground will offer swings, slides (including a chute) and climbing structures. It replaces the McGuire playground, erected at this site about 28 years ago.

Over the next several years, the Greenway Foundation also hopes to conduct a capital campaign, with a target of “making major infrastructural improvements.” These include a new roof on the popular picnic pavilion and public restrooms in Sarg Hubbard Park, replacement of the Foundation office and a community board room, plus possible creation of a visitor center, Connaughton said. They’ll also look at ways in which they can restore trails and habitat in the 30 acres ravaged by the September fire.

Donations from the community are key because the Greenway is not part of the Yakima Parks and Recreation system and is not eligible for city funding, she said.

As the coronavirus raged across our community in 2020, many people rediscovered the Greenway, Connaughton said, and she expects that trend to continue.

“With people not having an opportunity to go to gyms and school athletics disrupted, families need a place to go where they can socially distance and get exercise,” she said. As it’s done for decades, the Greenway will continue to offer a respite.