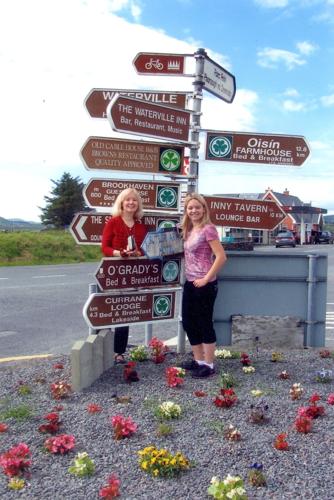 All signs pointed to fun on a family trip to Ireland. 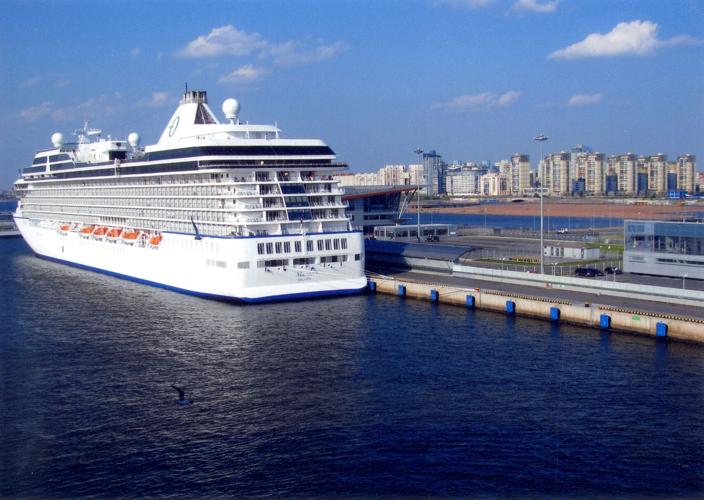 Family trips abroad — such as this one, when the author and her daughter boarded a ship in Europe for a Baltic cruise — expose kids to new cultures and new experiences. 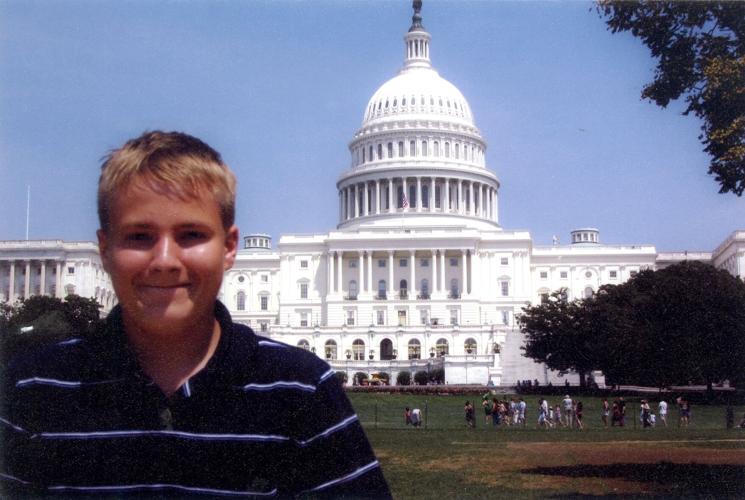 Family trips can be educational as well as fun — they can help kids can learn a lot of firsthand information. 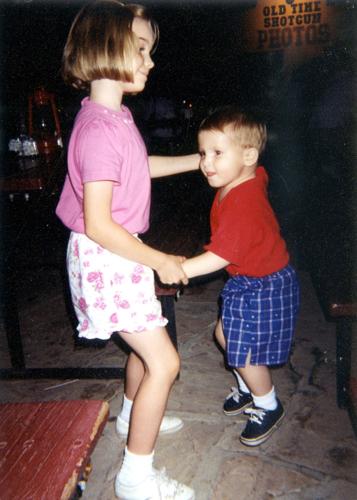 During a visit to Pinnacle Peak, Ariz., Erin and Patrick broke into dance when a restaurant started playing Western music. 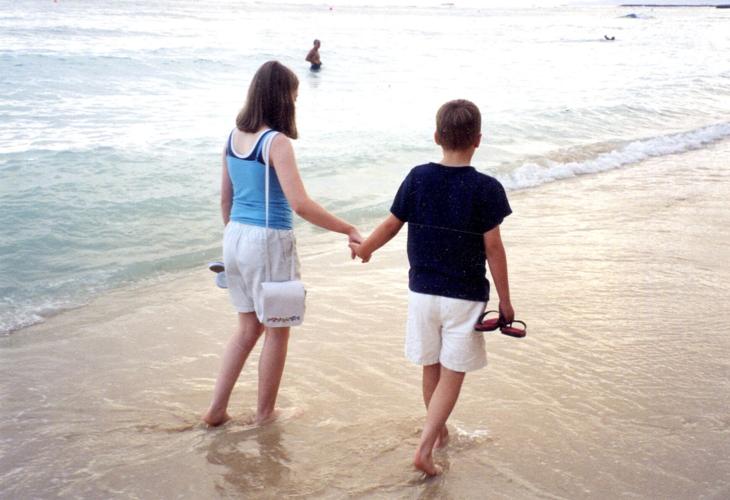 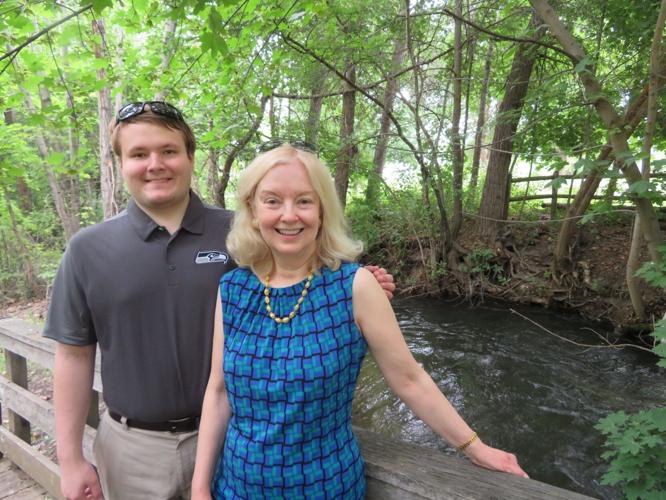 Patrick's early health issues made some trips even more precious than others. 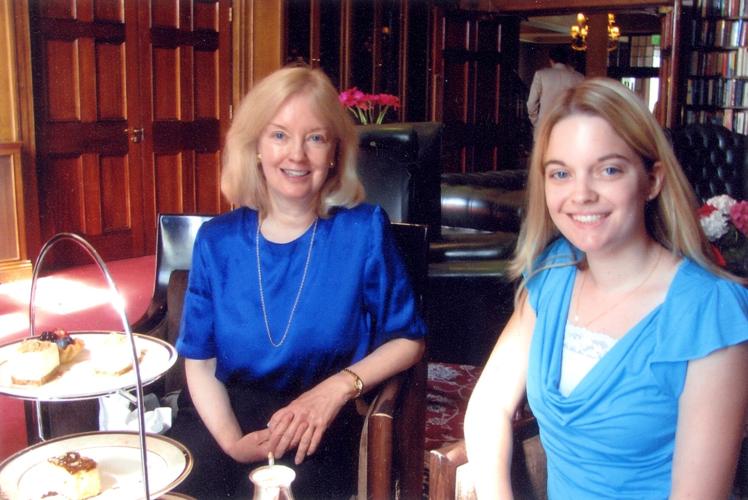 Christine Corbett Conklin's daughter, Erin, will soon be a mom herself. Which means more family trips could be just around the corner.

All signs pointed to fun on a family trip to Ireland.

Family trips abroad — such as this one, when the author and her daughter boarded a ship in Europe for a Baltic cruise — expose kids to new cultures and new experiences.

Family trips can be educational as well as fun — they can help kids can learn a lot of firsthand information.

During a visit to Pinnacle Peak, Ariz., Erin and Patrick broke into dance when a restaurant started playing Western music.

Patrick's early health issues made some trips even more precious than others.

Christine Corbett Conklin's daughter, Erin, will soon be a mom herself. Which means more family trips could be just around the corner.

Any day now, my first grandchild will be born. It’s an exciting time, yet I can’t help but feel a little nostalgic for the days in which my own children, Erin and Patrick, were small. Looking back through the years, many of my happiest memories are of travel with my kids. It’s amazing to look at the pictures and see how they’ve grown right before my eyes.

Erin (the soon-to-be mother) is the older of the two. She got off to an early start with travel, flying cross-country before she was 2. She took to it like a pro, setting off for St. Paul, Minn., with me and my former husband, boarding a Mississippi riverboat and sailing to various ports on the upper river.

With just a few concessions made, like taking her for a walk up and down the ship’s passageways in the middle of long, sit-down meals, she did well. I have a mental picture of her in her tiny red wool coat, standing on the dock in Hannibal, Mo., with me and a couple of townsfolk who were dressed in Tom Sawyer-era garb.

Another trip to the Southeast went just as well, visiting Atlanta, then on to Charleston, S.C., where we took her on her first horse-drawn carriage ride.

When Patrick arrived a few years later, he joined right in on the fun. We took the children on slightly less ambitious journeys to Phoenix and Palm Desert, Calif. I love the photo of the two of them dancing together to Western music at the Pinnacle Peak restaurant in Arizona. (Not sure they ever mastered the Texas two-step, but it was entertaining, all the same!) On another day, we all enjoyed dressing up for “high tea.”

Patrick had a particular love for trains, so we made sure to seek out train rides from Phoenix to Portland for him. When he was in remission from leukemia, about age 5, we were gifted with a trip to the California State Railroad Museum in Sacramento by the Make-A-Wish Foundation, allowing him to see a very large (and for him, somewhat scary) version of Thomas the Tank Engine. He wanted NOTHING to do with this giant train, since the only Thomas he’d seen to that point was a miniature model that fit easily into his hand.

Energetic protests were made as we tried to coax him on for a ride, while the nice lady from Make-A-Wish stood patiently by, hoping for pictures she probably never got. Afterward, a Sacramento radio station wanted to interview him during a remote broadcast at a shopping center. This normally outgoing child again became instantly shy. His sister and I ended up gamely doing the interview. Now, we can laugh about all of this, with particular gratitude that he has remained in remission for more than 20 years.

Other magical times together included a riverboat trip on the lower Mississippi, during which Patrick (then about 13 and the youngest passenger on board) was invited to strike the dinner chimes, calling everyone to eat. He also received a certificate for “playing” the Delta Queen steam calliope. He felt quite prestigious!

On a later trip to the East Coast, I had the chance to introduce the kids to historical monuments, ranging from the White House to the Capitol. Patrick, ever ready for an adventure, really wanted to ride the elevator to the observation deck of the Washington Monument but alas, all of the tickets for the day had sold out. Meanwhile, Erin and I were interested in visiting Ford’s Theater, viewing the balcony where Abraham Lincoln was sitting when he was shot.

We also were fortunate to visit Honolulu, where one of my all-time favorite pictures of Erin and Patrick was taken. The two were walking along the beach at Waikiki, big sister holding the hand of her brother who was a little uncertain about the waves coming to shore. The two now live in different cities and don’t see each other as often, yet that moment is frozen in time in the photo I have on my bedroom table.

As the years passed, Patrick and I often made day trips as part of a home school state history program. We visited everything from the Ginkgo Petrified Forest to the Toppenish murals and Ben Snipes’ 1859 cabin in Sunnyside. I learned more about Washington state history, up close and personal, than I ever had. As a highlight of each outing, we would stop for an ice cream cone or other treat to sweeten the deal.

In more recent years, it was Erin’s turn to travel with me. We made two wonderful trips to Europe. On the first, we spent a few days in Ireland and then visited Florence and Rome, among other highlights. It was incredibly special to bring my daughter, named after Ireland, back to see the land of our heritage.

Based in Cork, we took day excursions to several special spots. She hung upside down at the Blarney Stone atop Blarney Castle and was delighted to find the “Erin Shop” nearby. She giggled as I climbed over a low stone wall of a cemetery, looking for any tombstones of my ancestors. We basked in the eerie stillness of the church of Our Lady of Knock, where Blessed Mother appeared in 1879 to 15 people. And we witnessed the visible reminders of “The Troubles” in Ireland, seeing the Belfast murals, walls, a plaque of dedication to Irish martyrs and even a remaining guard tower or two erected by the British. My daughter soaked up every detail, writing a college paper on the subject.

On the second trip, we sailed with Norwegian Cruise Lines from Copenhagen to St. Petersburg and Tallinn, Estonia, and then added some days in Vienna and Salzburg, Austria. In St. Petersburg, we were mesmerized by a production of “Swan Lake” performed by a Russian ballet troupe.

It also was incredible to see the Church of the Savior on Spilled Blood in St. Petersburg — that iconic structure with the “onion” domes. I managed to get lost in Estonia, pausing a little too long to take a photo while our tour group moved on, and never again finding them in the sea of tour groups from all over the world. Reunited back on the ship, an hour or two later, my daughter told me of her fierce vow that she would not sail away until I was found.

In Salzburg, we took a “Sound of Music” tour, seeing the home that served as the Von Trapp family residence in the movie and even the famed gazebo. I think that Erin was a little embarrassed when her mother happily joined in with the tour group to sing the songs from the movie as we wound along the roads in a bright yellow minivan.

I’ve done virtually no traveling over the past several years, what with pandemic shutdowns, more work responsibilities for me, and both of my kids with full-time jobs. However, I still dream of taking flight again. I have many priceless memories to treasure on cold winter days, and who knows? Patrick would still love to see Ireland.

And maybe Erin’s new baby will be ready to travel before long.