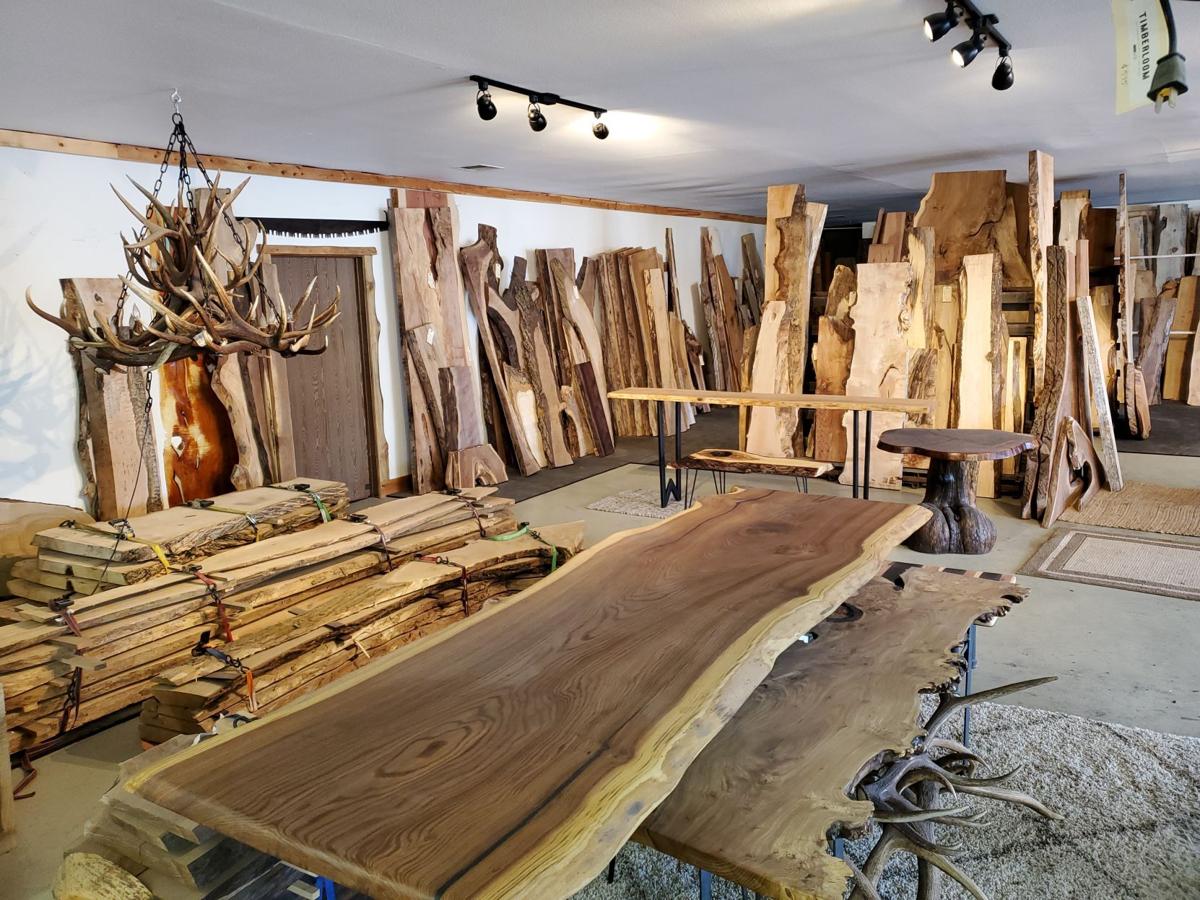 Slabs of wood await their turn for transformation at Timberloom. 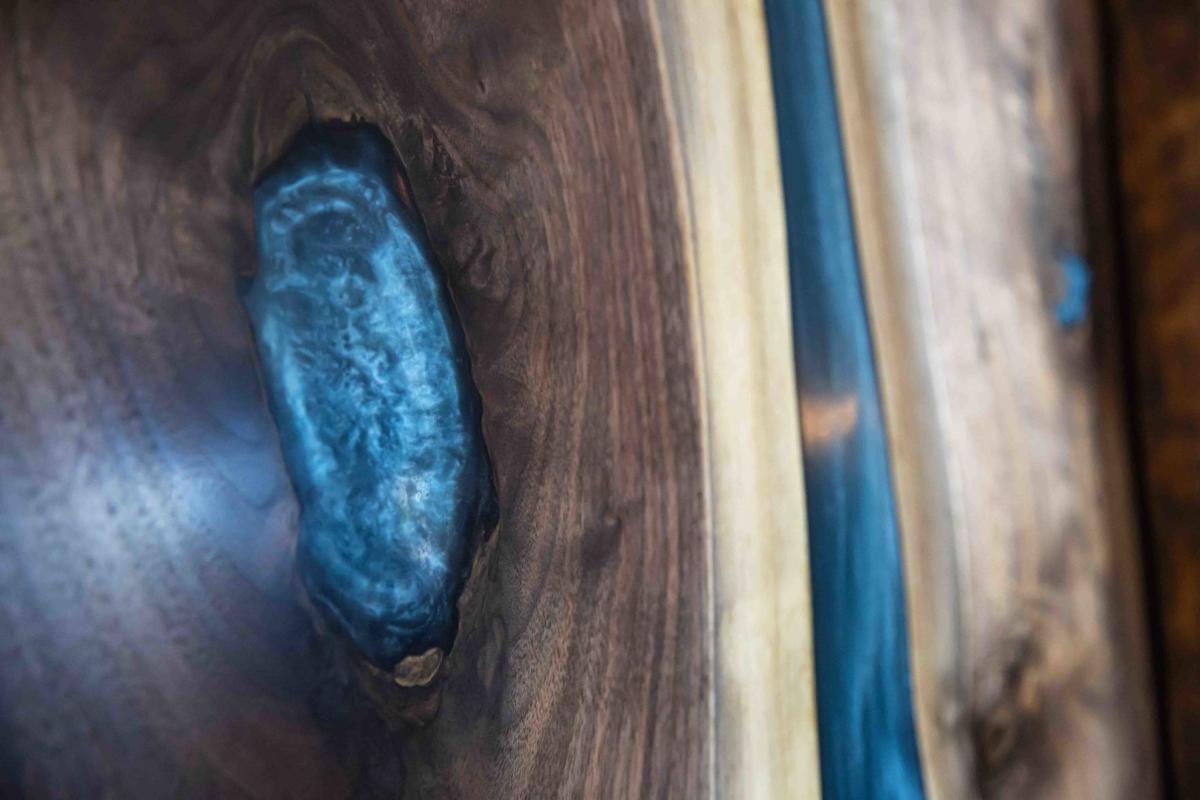 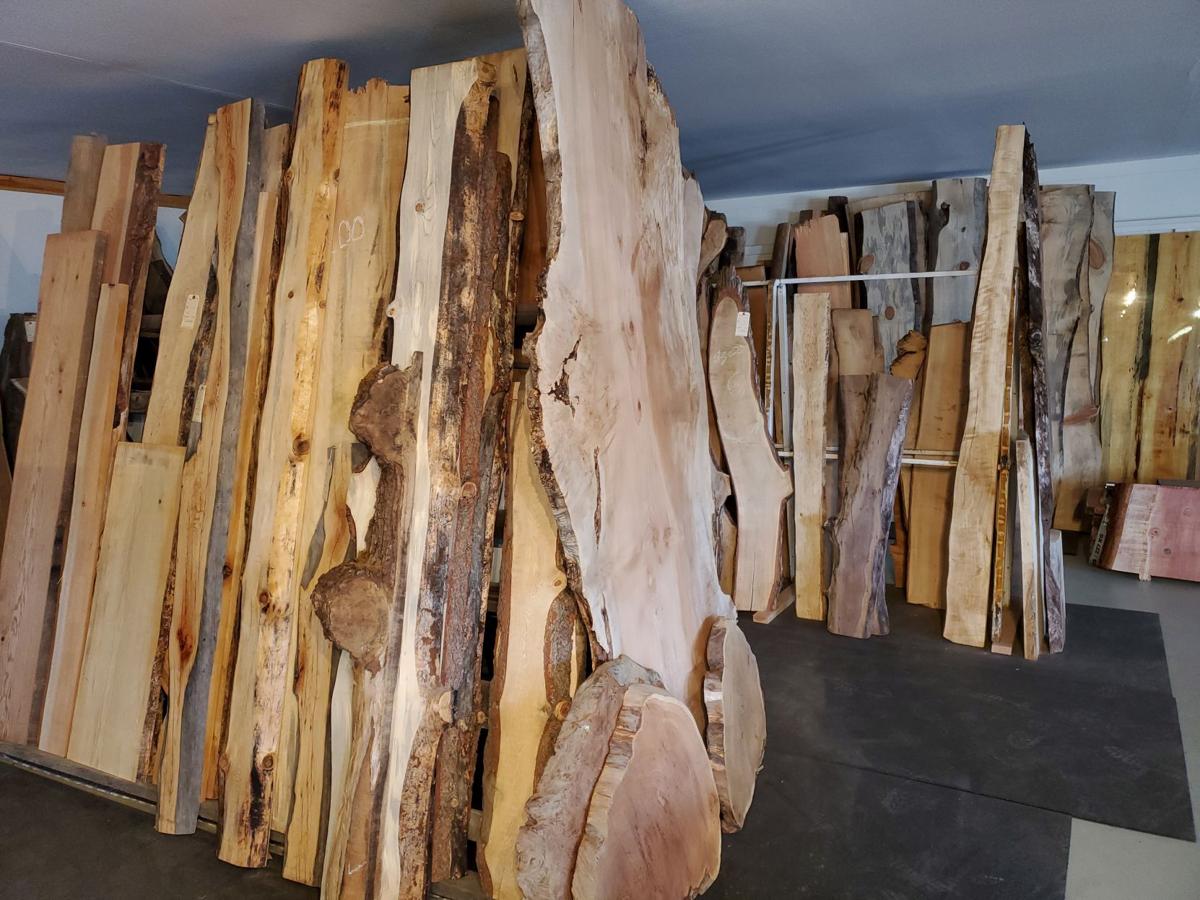 Timberloom stocks supplies of slabs from an array of species. 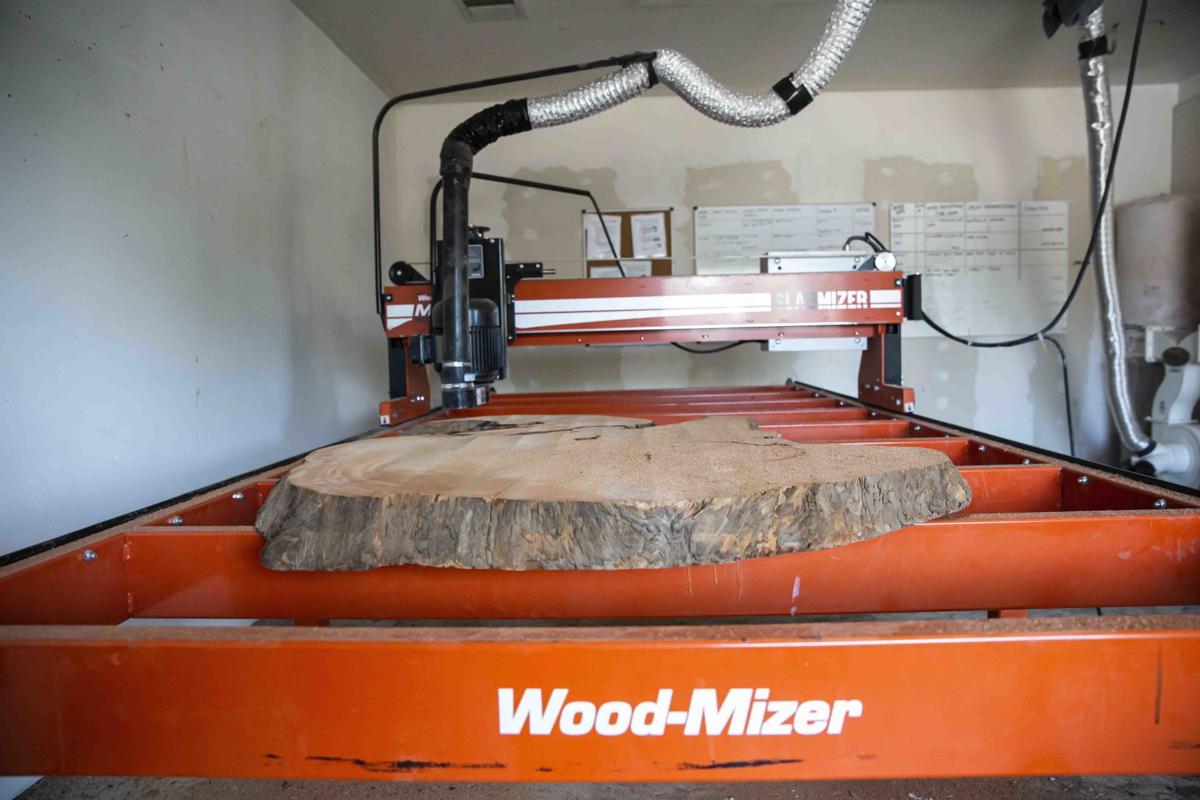 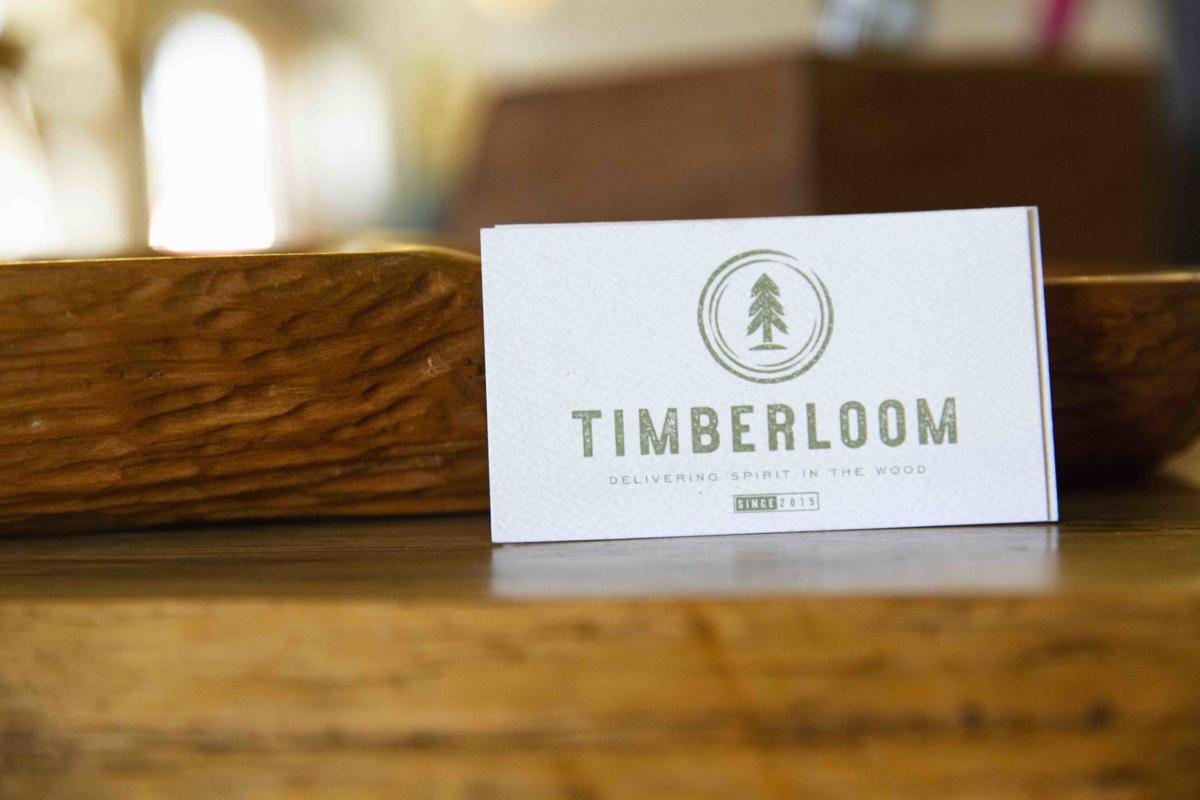 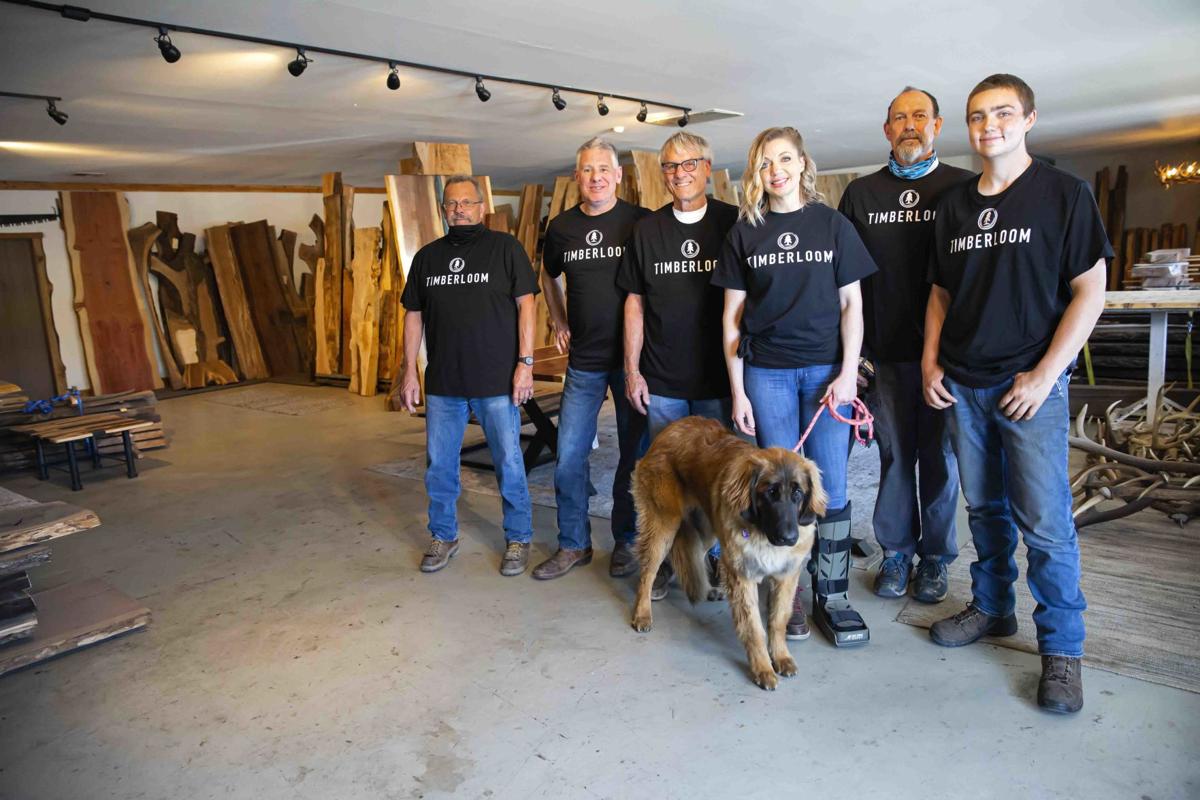 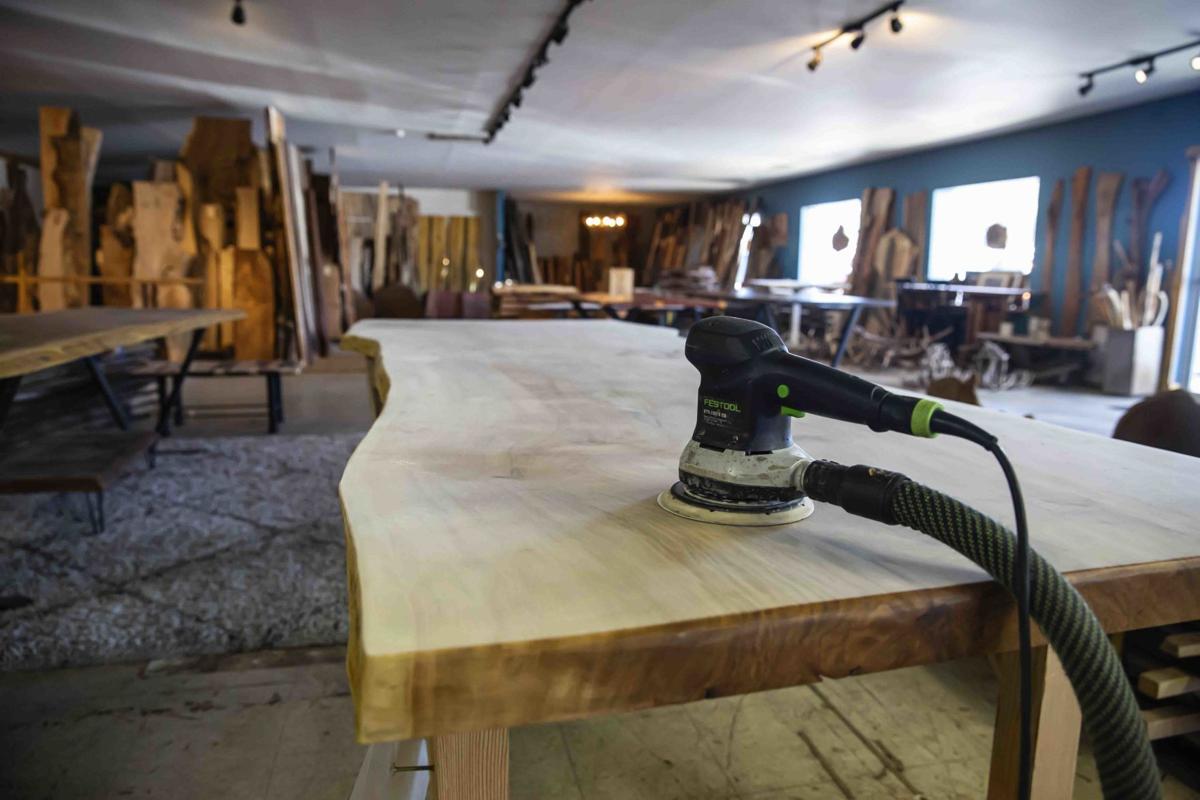 When the sanding's all done, a beautiful sycamore conference table will emerge. 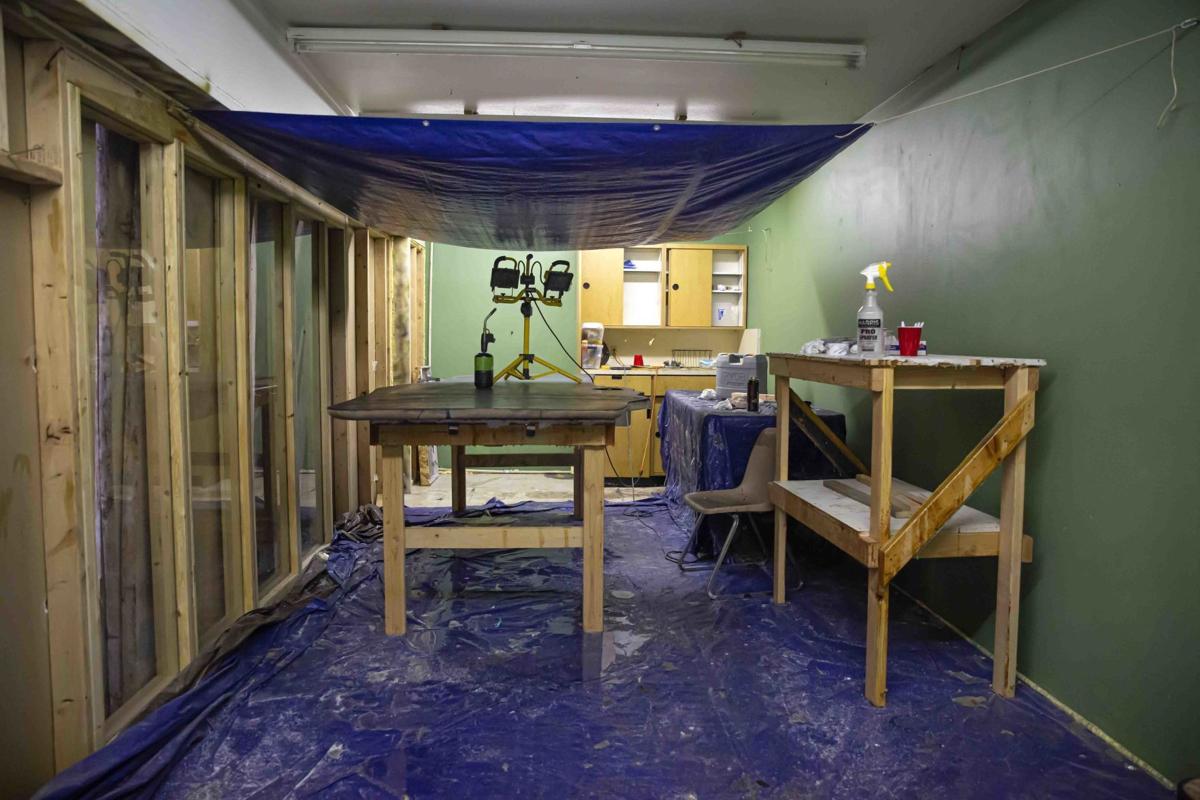 Welcome to the resin room. 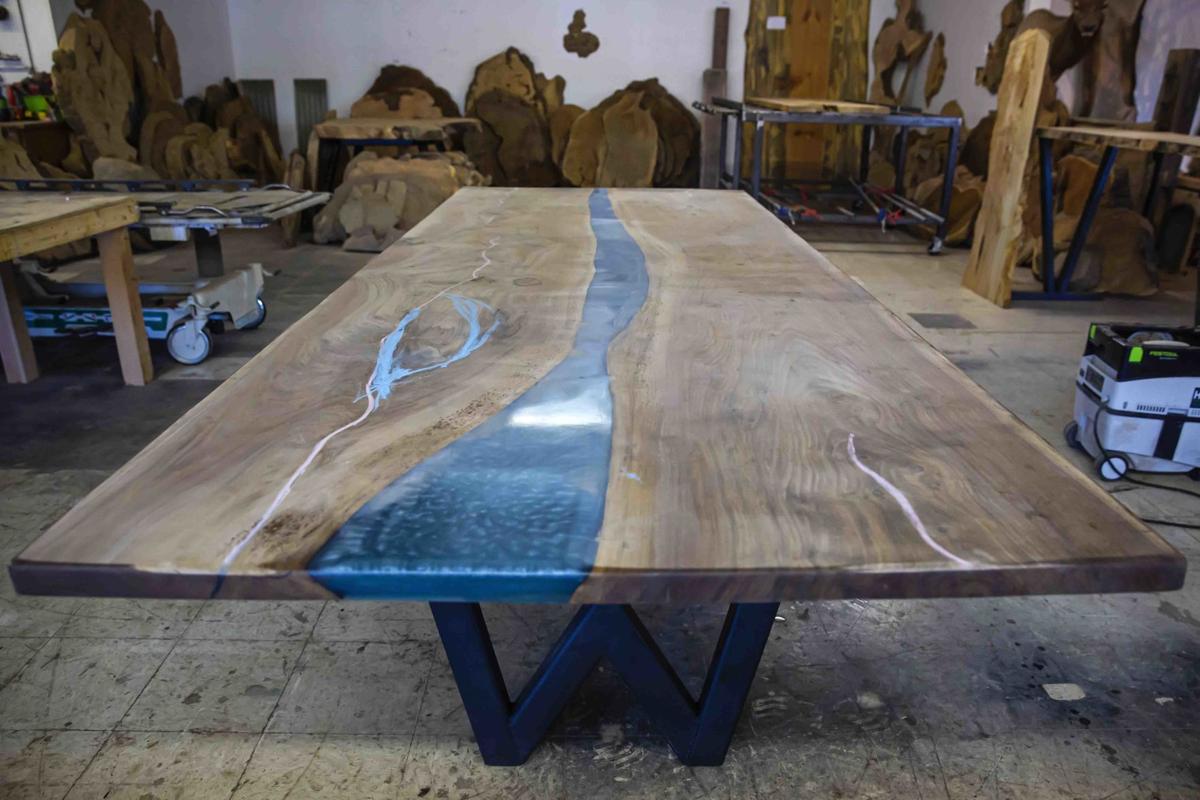 This still-in-progress black walnut river table will be a functional work of art. 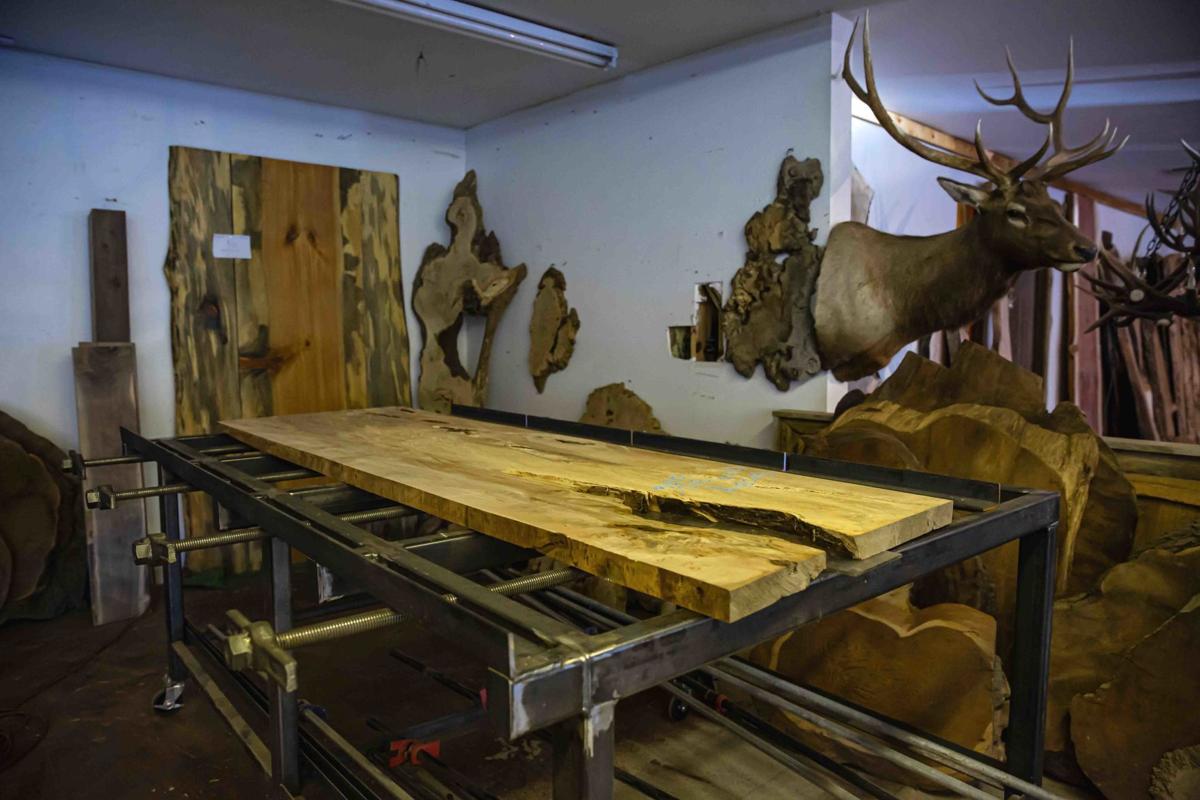 This custom steel wood joining table helps it all come together.

Slabs of wood await their turn for transformation at Timberloom.

Timberloom stocks supplies of slabs from an array of species.

When the sanding's all done, a beautiful sycamore conference table will emerge.

Welcome to the resin room.

This still-in-progress black walnut river table will be a functional work of art.

This custom steel wood joining table helps it all come together.

In 1993, Dan Austin arrived in Washington without a plan. But after running out of money while driving over Snoqualmie Pass, he decided to stay, and ended up falling in love with the state that we call home.

Born on Ellsworth Air Force Base east of Rapid City, S.D., Austin grew up as a “small-town boy” in Gobles, Mich., a town no larger than Naches. A multisport all-league athlete growing up, he graduated from the local high school and headed off to Grand Valley State University in Allendale, Mich., majoring in psychology and minoring in criminal justice in 1989.

Which brings us to that fateful day on Snoqualmie Pass — the day he made the choice to stay for a while, but ended up putting down roots and settling in for the long haul. For the next quarter of a century, Dan worked in human services.

“I worked in all levels of care and administration, with children and families with a variety of diverse issues and behavioral challenges,” Austin said. “Along the way, I even established some of the first programs for children with autism throughout Washington state, which are located in Ellensburg and Bellingham.”

He not only helped that company grow from $3 million to $25 million in annual revenue, he also aided it in becoming one of the largest multistate providers in human services. Eventually, Austin took on an ownership role at the company alongside six others, but in 2012, he needed a change.

“At the time, it truly was unknown what that change would be or what God had in store for me,” Austin said.

The first step was opening a small shop (450 square feet), selling antlers and rustic goods in Naches, down the road from where he lives with his 15-year-old daughter. The shop morphed into their current business — Timberloom (a combination of Timber and Heirloom) — housed in a building of more than 8,000 square feet off Highway 12 in Naches.

Established three years ago, Timberloom has six employees but also works with “many other partners in the community that help to support and lead the business,” Austin said.

Not only does the team at Timberloom create custom, one-of-a-kind art and décor and art (“Our specialties tend to be custom orders and any table design or idea that you can imagine,” Austin said) they also sell tools and offer coaching and guidance for you to create your own works of art.

“We are doing much more coaching and training of our fellow woodworkers and customers. That really is what we love to do,” Austin said. “The interest and investment level grows exponentially for people when they are directly involved and vested in the process. We have no trade secrets and share all of our information freely. We want to be seen as a resource for other businesses. rather than as competition. That includes in the arena of woodworking.”

“All of our wood is salvaged from Pacific Northwest trees that have died due to disease, weather or are a danger to a house, building and/or property,” he said.

They also offer interior design consulting by the Leah St Hilaire, who not only can “swing a hammer, but also has an incredible eye for detail,” Austin said.

Austin has big plans for the future.

“We would like to establish our brand to have a national presence as well as be a model for the utilization of sustainable natural resources and repurposing resources,” he said. “I would like to emphasize that our goal is not to become a big business as much as to be the best at what we do, in regards to ethics and integrity. We will once again be offering free workshops after this pandemic is over.”

One of his goals? “To consult and work with local small business in identifying niche areas to grow with a philosophy of doing good.”

Austin and his team are working on a 10-foot live edge conference table that will be donated to the Naches fire district.

“I am blessed to have a great group of eclectic individuals (Grant Dahl, Ron Erickson, Kenton Johns, Leah St. Hilaire and Tom Matsen) who help operate and lead the business. Without them the business simply, does not exist.,” he said.

“They all have very different skills sets and interests. However, all of them are striving towards the same unified goal and vision. My advice as a business owner? Hire for character — hire people for what you want the business to be, rather than who you currently may be.”

“Never give up — simple enough, right? Perseverance has always been one of my favorite words,” he said. “Everything worthwhile takes time, patience and a steadfast commitment.”