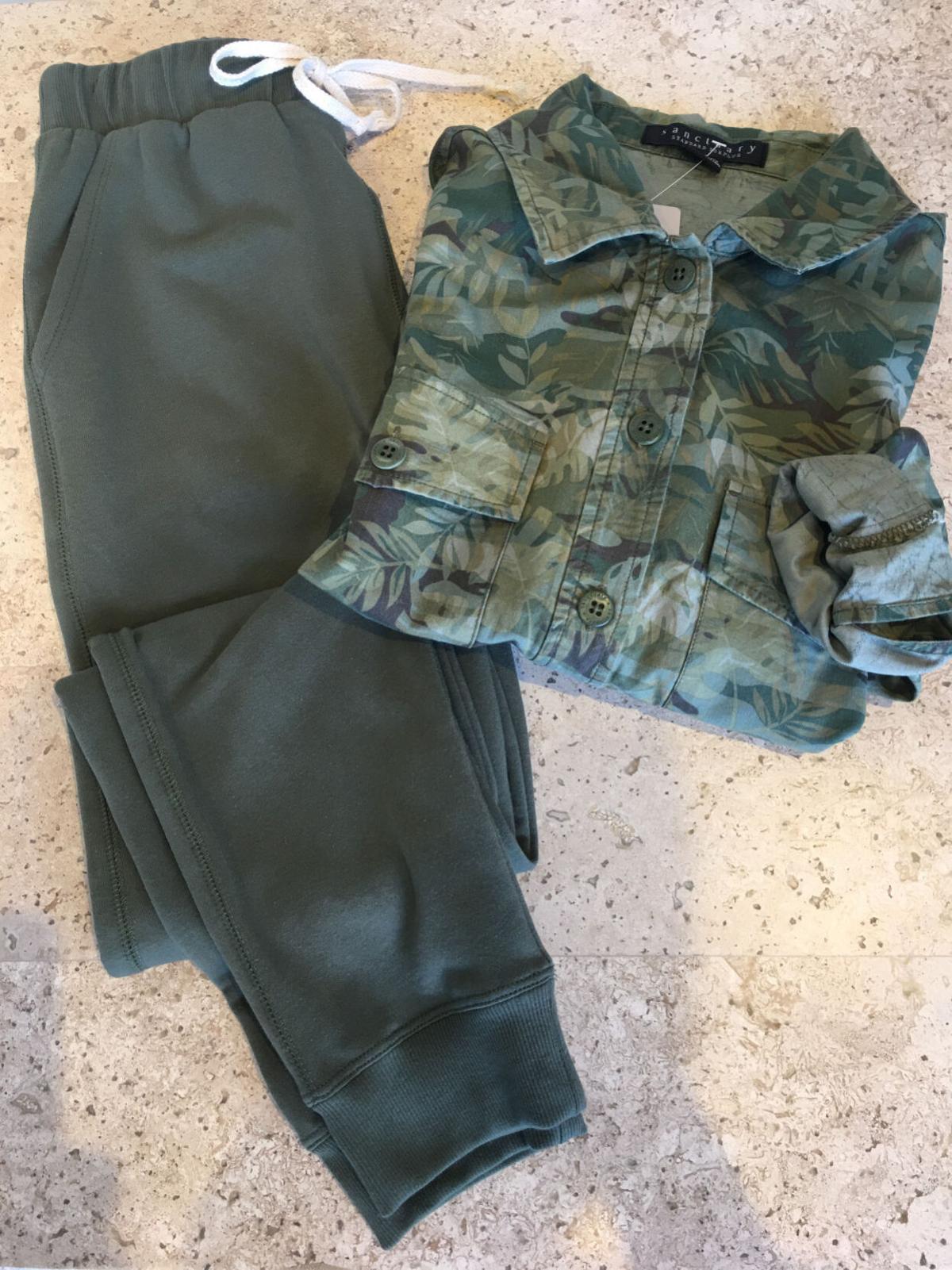 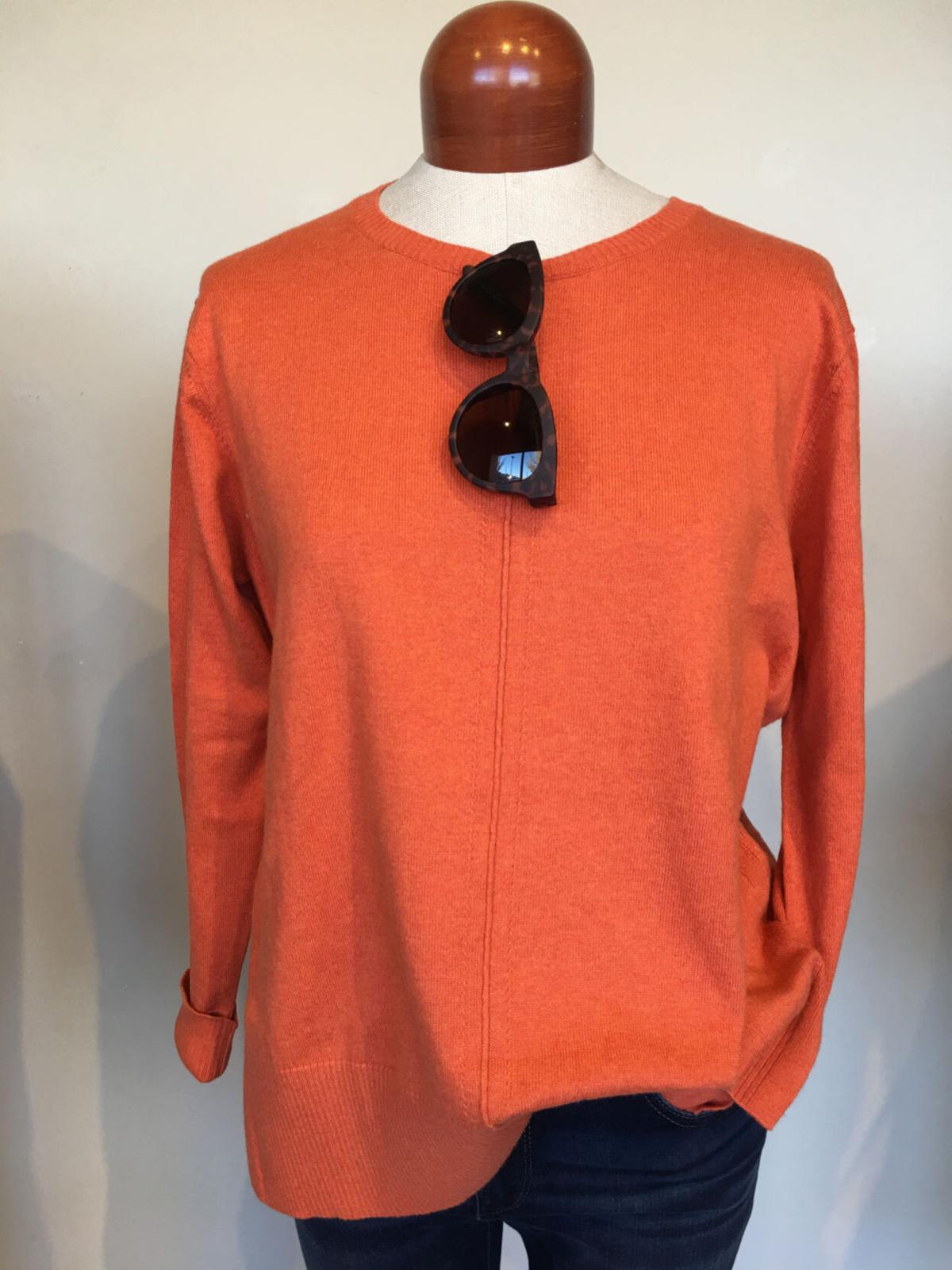 This fall's colors reflect next fall's hope for better times. 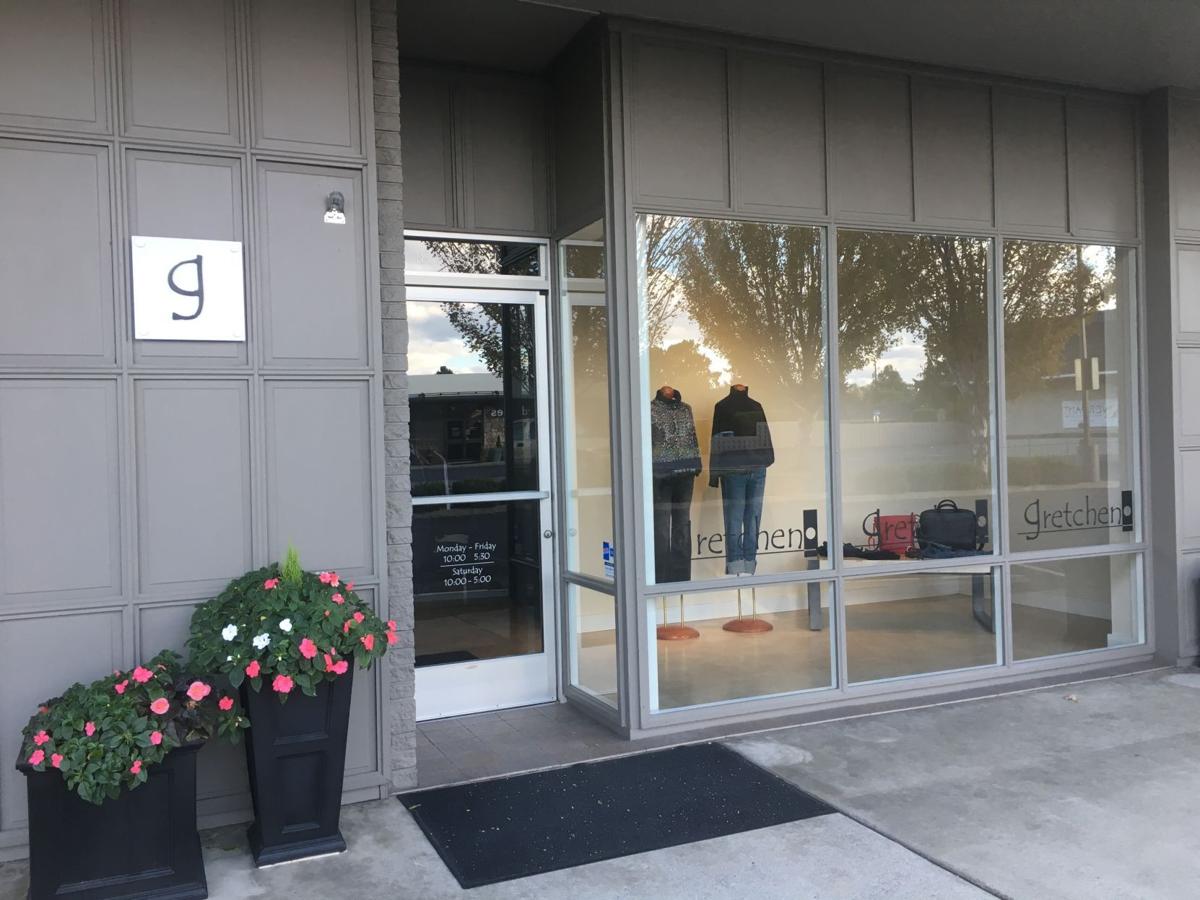 It won't take window-shoppers long to see that fall's fashions are heavily influenced by the stress we've all been feeling lately. 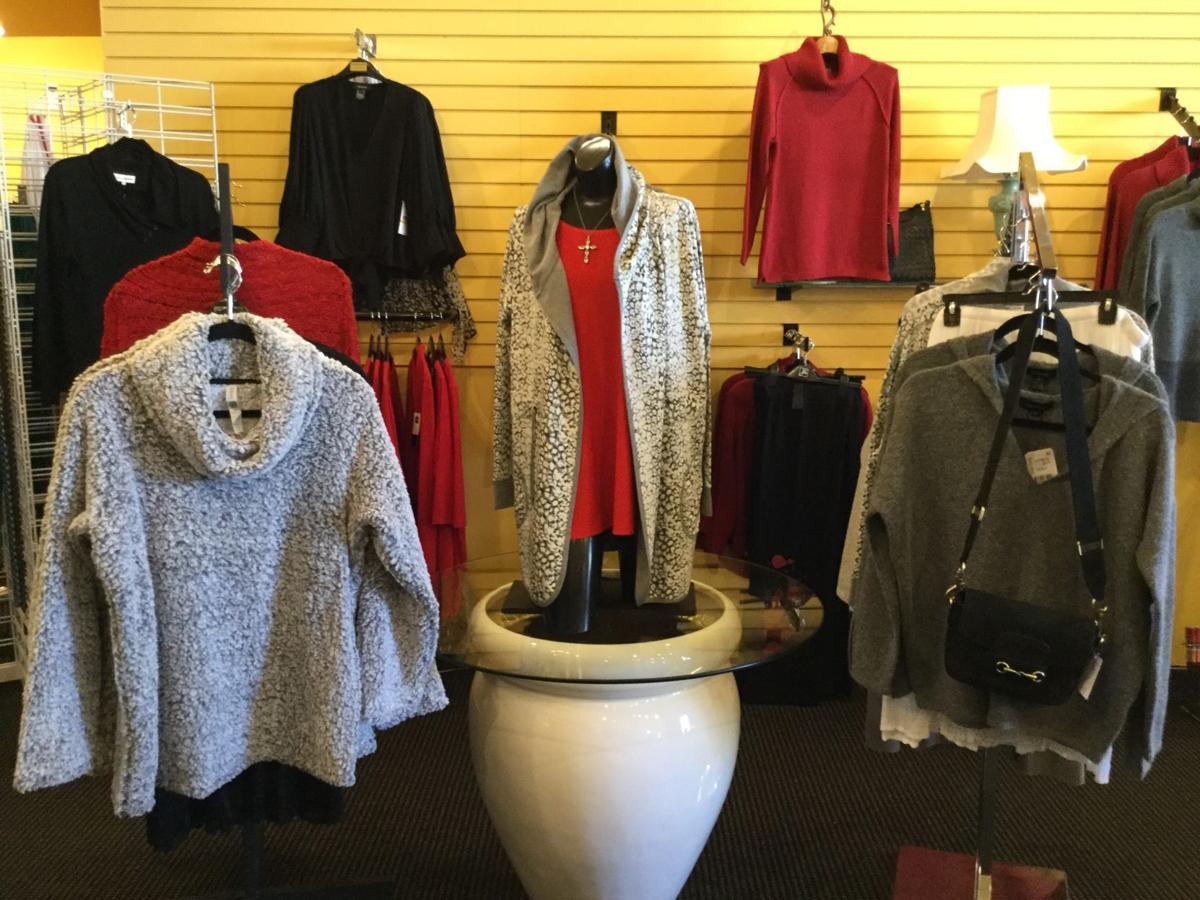 Even as people start venturing outside their homes again, they still favor floppy sweaters and soft, comfortable outerwear. 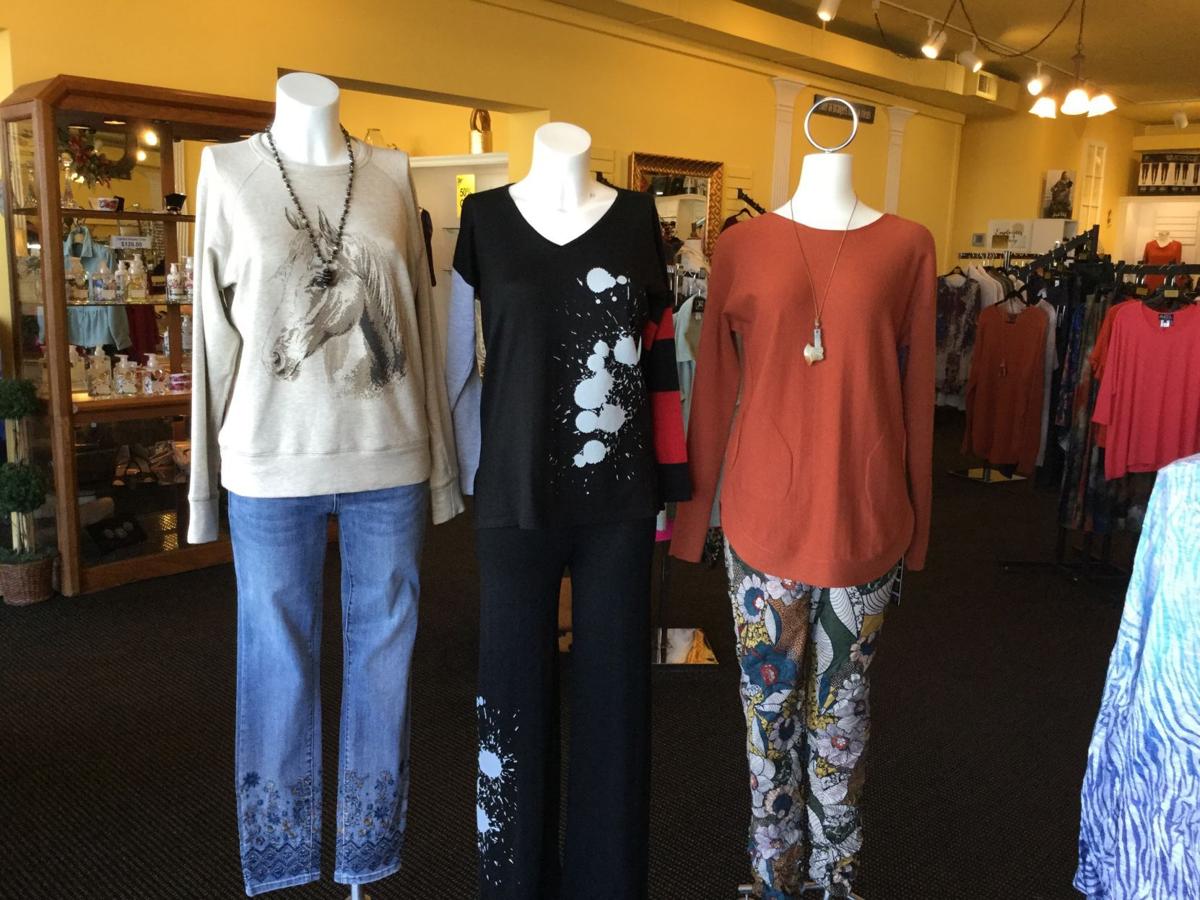 This fall's colors reflect next fall's hope for better times.

It won't take window-shoppers long to see that fall's fashions are heavily influenced by the stress we've all been feeling lately.

Even as people start venturing outside their homes again, they still favor floppy sweaters and soft, comfortable outerwear.

This fall, as we tentatively emerge from the pandemic cocoon, many are stopping to reassess their wardrobes. After a year and a half in Zoom meetings and other remote work, it may be time to spruce up that casual, lounging-around-the-house-in-sweatpants look.

While I’d always thought that the trends in clothing styles and colors were capricious, just changing often enough to encourage us to buy new wardrobes, it appears that there is more thought behind these fads — even reflecting political and social issues of the time. This fall’s styles are no exception, according to local clothing merchants.

“Because of COVID, fashion has changed tremendously,” said Gretchen Gilday, owner of Gretchen in Yakima. The trend has been to incorporate soft fabrics, more comfortable styles and less of an emphasis on traditional “career” clothes — except perhaps for nicer “tops” that will show well in a Zoom appearance.

“People are really tired of not shopping for a year (in person),” she observed.

“This fall, there are still a lot of people not going back into the office,” Gilday said. So, merchants are continuing to showcase joggers, comfortable jeans and sweatpants along with soft, oversize sweaters and other more relaxed tops. Even companies which have traditionally been geared toward “career wardrobes” are softening their focus a bit.

“The fashion industry is trying to bring some optimism into fashion,” added Priscilla Halvorson, owner of Priscilla’s Chic Boutique in Yakima. Yellow has served as the “color of the year,” indicating “brightness for the future” after a rough road of pandemic challenges.

Now, bright pink and teal also will appear in the fall palette along with brown, “the new neutral,” and “perennial autumn hues” including gold, ochre and forest green, she said. You’ll probably also see some purple — a mix of the political parties’ red and blue, indicating a “nod to bipartisanship.”

Fashion-forward individuals will be sporting comfortable “shackets” — a combination of a shirt and a jacket, she said. Long vests and cardigans, oversize comfortable blazers, soft turtlenecks and scarves are also popular.

“Prints and patterns are making a play,” Halvorson said. Houndstooth, retro plaids, “couch” florals, geometric and animal prints and even tie-dye are in vogue. Detailing includes exaggerated collars and sleeves and shoulder pads.

While “at-leisure wear” is still very much in vogue, she sees clothes trending “a little more dressy now” as we move toward spring, but “with soft, flowing, comfy style still very important.”

Even babies are getting into the fashion reboot, with many basic styles continuing, yet a little “leopard and camo” influence trending, said Michele Sink, owner of Fiddlesticks in Yakima.

“People are still wanting cozy things, wanting comfort,” Sink said, indicating that it’s a sign of the times with “political unrest, health unrest, a sign of all that’s going on.”

And lest we forget male fashions, Steve Goodwin, owner of Steve Goodwin The Haberdasher in Yakima, notes that “soft jackets” are selling well for men, too. These are jackets which can be paired with denim pants or dressed up a bit more. Men’s shoes “have all gone to comfort.”

“Updated western shirts in soft, traditional plaids,” the kind that are featured in “Yellowstone” on NetFlix, are popular for fall, he said. “Some of the crazier shirts are gone now.”

Yet, in the midst of this comfort trend, “neckwear is also selling well” — from traditional neckties to ombré stripes, smaller prints and patterns woven into ties, Goodwin said. Wool felt fedoras and hats with slightly broader brims than fedoras are in demand, in both traditional colors and more interesting shades such as olive or even burnt orange.

“They need to dress better for their women,” Goodwin said with a laugh — something only a man can advocate!

If you’re only able to buy a couple of on-trend items for fall, get some jeans, a cuddly cardigan sweater and a tee, suggested Sink. You can’t go wrong with a scarf and a cozy sweater, Halvorson said. Get some comfortable denim jeans, twill or fleece jogging pants and a soft, oversize sweater, agreed Gilday.

For men, maybe a “great pair of jeans,” in a trimmer-fit denim; either a “great” outerwear jacket or vest; and a “great” V-neck sweater, perhaps in washable merino wool, would be recommended, Goodwin said.

Above all, when you’re shopping for fall, “buy what’s comfortable and fits your personality. You don’t necessarily need to be a slave to the trends,” Sink said.