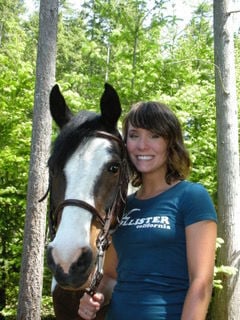 A photo of the author standing next to Shaheen, The picture was taken just before Mahre graduated from high school and was used as one of her graduation photos. 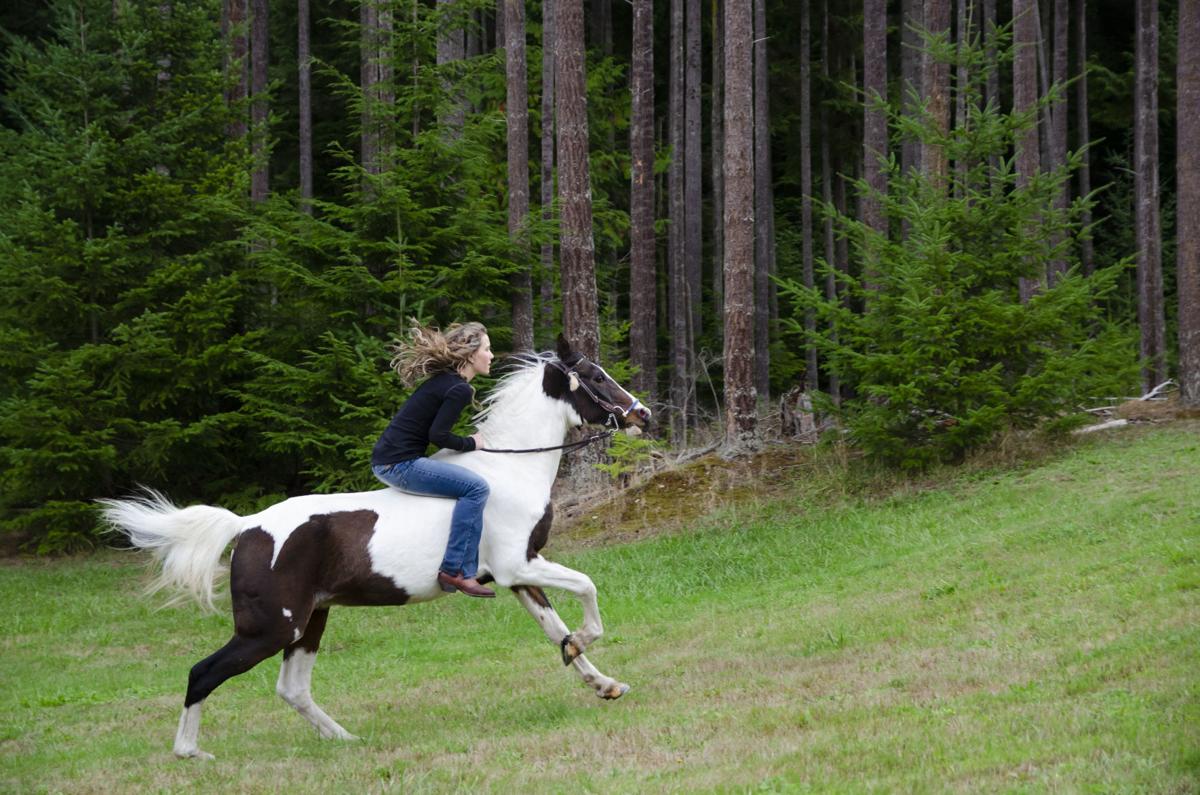 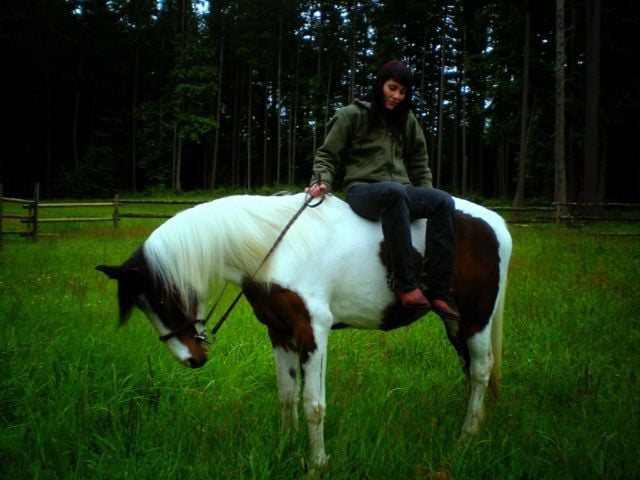 Mahre sits sidesaddle on Shaheen in this 2006 photo, taken during one of her visits home from college. 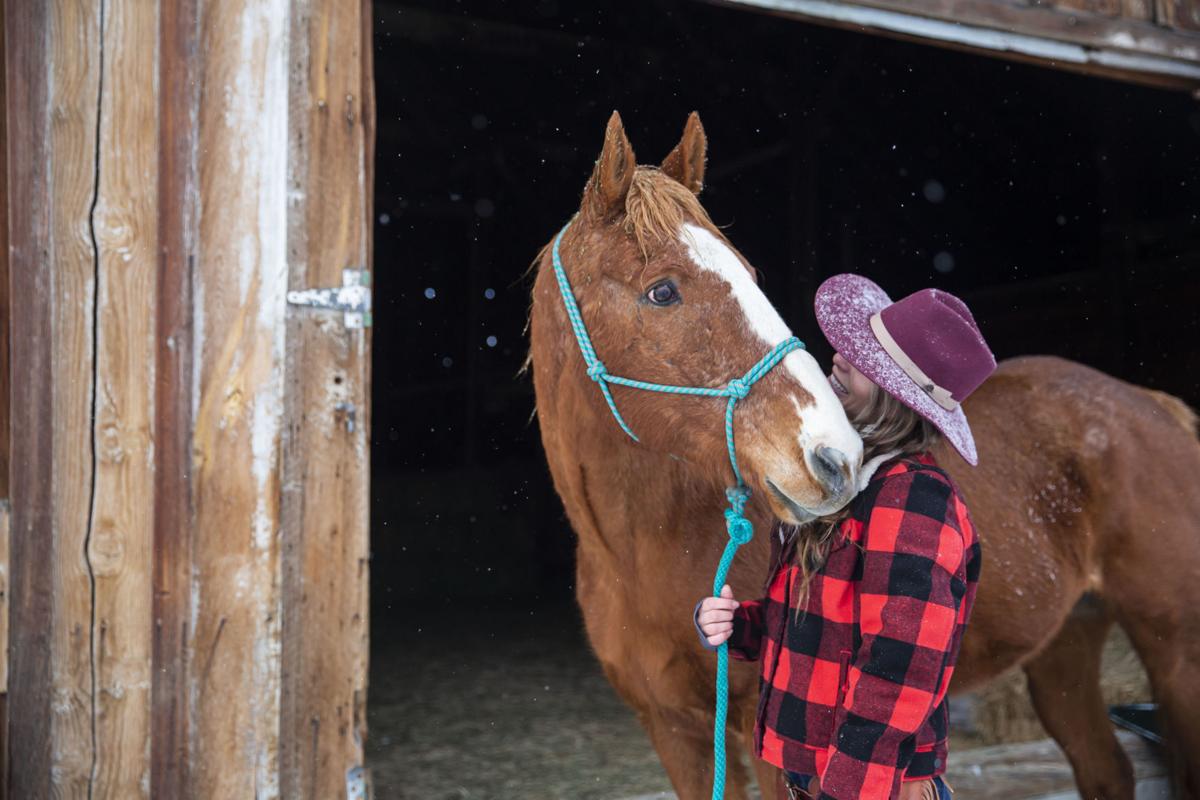 The relationship between horses and riders is hard to explain -- but easy to understand if you get it. 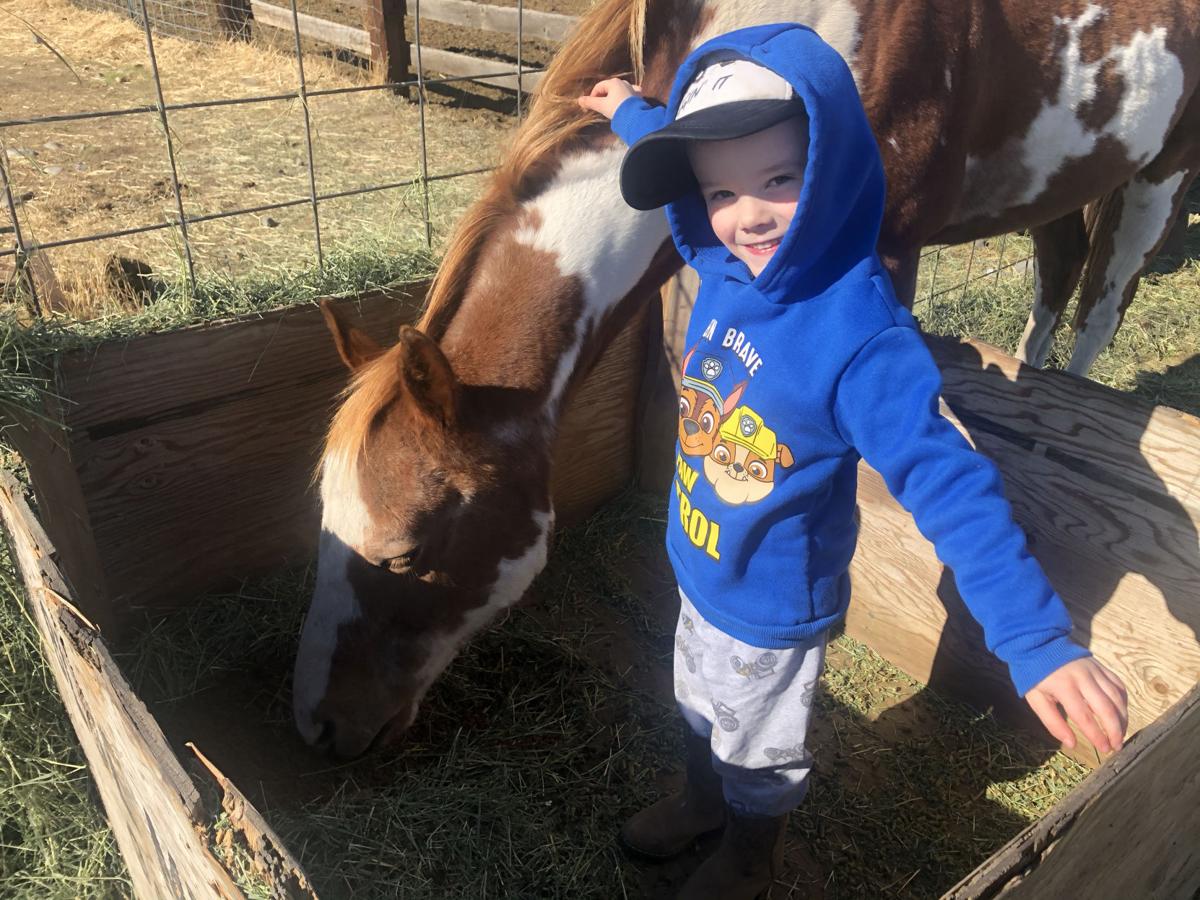 Today, Mahre's children are learning from her own family's horses. This is her son, Ryder, with LB.

A photo of the author standing next to Shaheen, The picture was taken just before Mahre graduated from high school and was used as one of her graduation photos.

Mahre sits sidesaddle on Shaheen in this 2006 photo, taken during one of her visits home from college.

The relationship between horses and riders is hard to explain -- but easy to understand if you get it.

Today, Mahre's children are learning from her own family's horses. This is her son, Ryder, with LB.

One of my most vivid childhood memories is galloping down the trail while sitting behind my mom on the back of her horse, Shaheen. I can still feel the wind blowing my hair behind me and can hear my own giggles of glee every time we would come to a hill and then proceed to run up it.

My parents bought Shaheen in 1980 as a colt, the year they got married. Seven years later, when I was just 2 years old, I would begin riding him with my mom, brushing him and helping my parents clean his and the other horse’s stalls. Half Arabian, half pinto, Shaheen was not your average, mellow kid’s horse.

He was fiery. He was stubborn. But we would soon build a friendship that would change both of our lives forever.

It still feels like yesterday … the first time I ended up on the ground instead of on his back. I was 5 years old and my mom was leading him along the Tolt Pipeline Trail with me on his back.

We were about a mile from home after a long ride together and she had just gotten off to let me get some saddle time alone. I had been riding him alone in the paddock recently, so she unclipped the lead rope for just a minute to let me ride unattached.

Seconds after she unclipped Shaheen, he took off for home, me on his back, with her running behind us. Being a 5-year-old and having no real common sense, I thought he was going to jump the gate that was quickly coming into view so I did what I THOUGHT was the sensible thing — I slid off of his back onto the gravel before he got there. (Being a mom of two now, I can’t imagine what was going through my mom’s head at this point, but holy cow, I would have had a heart attack!)

I remember hitting the ground, and then being picked up by a construction worker who had seen the whole thing from his job site next to the trail. He carried me to my mom and grabbed Shaheen, who had stopped at the gate (ahhh, the logic of a 5-year-old). Luckily, the only injury I came away with was a nasty scrape on my forearm.

After we had seen my doctor and my arm was healed up enough to use, my mom took me out to ride Shaheen.

She didn’t want me to be afraid of him. Instead, she wanted me to understand why he did what he did. And more importantly, she wanted to give me the skills and knowledge to make sure that kind of incident wouldn’t happen again.

Getting back on him that first time was scary, but the work and time we put in together helped me not only become a great rider — it instilled a work ethic in me that has since translated into every aspect of my life.

Fear can break us. It can debilitate us and make us feel powerless. My mom knew this. She also knew that I needed to learn from a young age how to get past my fears and how to conquer them — not only in this instance, but whenever fear would try to stop me in my path.

Over the next few years, my mom would put me in equestrian vaulting lessons to further improve my balance and skills while riding — and I would spend every free day I could riding Shaheen, brushing him and doing chores around the barn.

By my teenage years, I was training him alongside my mom, and working with him on my own until we were a team in every sense of the word. And from that point on, I rarely rode him with a saddle, even when we were galloping down the trail or practicing jumping over logs in our pasture.

Through college, grad school and even after moving away from home and beginning my “adult life,” I always came home to him — to ride him, to give him love and to continue to share with him my hopes and my dreams. He was my best friend — and I was his. And even when we were apart for a time, it never seemed like it the moment we were together again.

There is no way to fully describe the relationship one can have with a horse — unless you have experienced it yourself. I know I will never have a friendship as pure and special as the one I had with him. Shaheen took care of me — and I took care of him.

When I rode him, we were not a horse and a rider — we were one being, enjoying the freedom and love that our time together always brought. Even at the end, when he was 35 years old, all he wanted to do was gallop during the entire trail ride. And even though it is six years since his passing, tears are falling down my cheeks as I write this — not out of sadness, but out of gratitude for the time with him that I was given, and with the hope that one day we will see each other again.

Love you, old boy. Thank you… a thousand times, thank you.