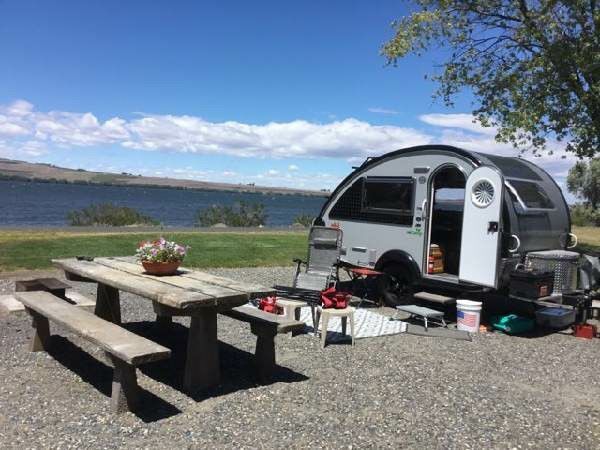 With her T@B teardrop trailer in tow, Yakima retiree Jean Hansard can feel home wherever she parks. 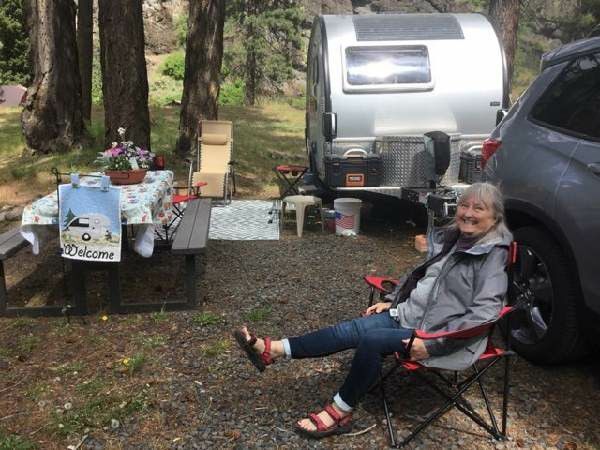 Jean Hansard's happy living out of her small camp trailer, which she calls “Bandit.” She's currently enjoying the Southwest. 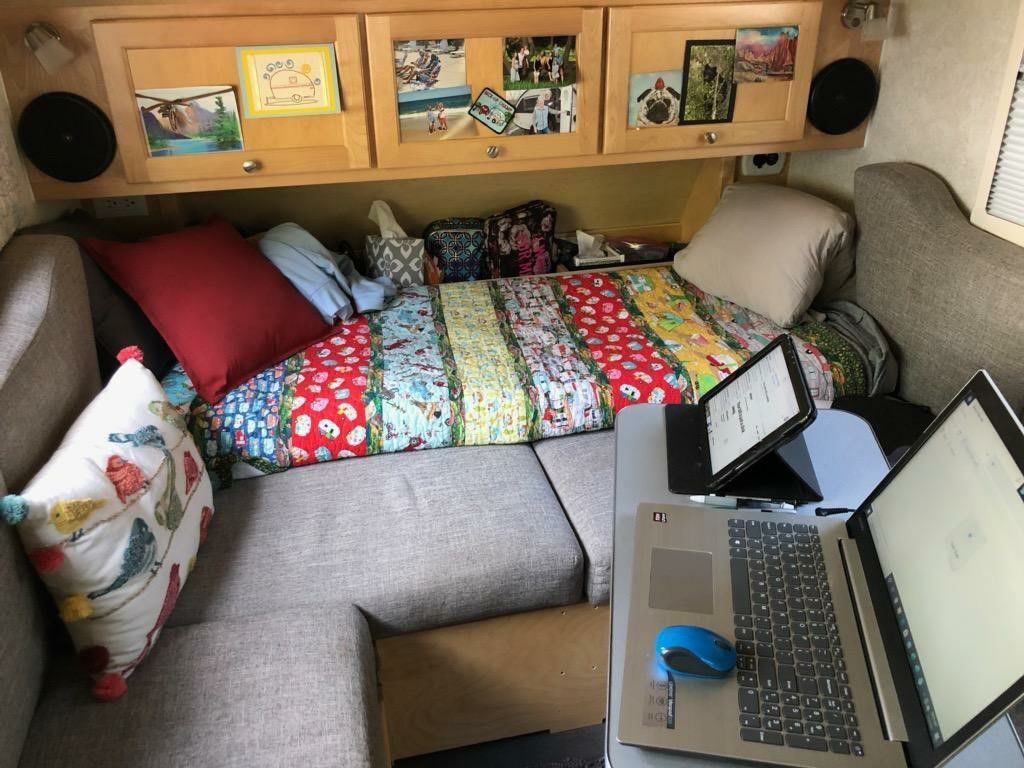 The inside of Hansard's camp trailer is cozy, but comfortable. She uses her laptop and travel apps to plan her routes.

With her T@B teardrop trailer in tow, Yakima retiree Jean Hansard can feel home wherever she parks.

Jean Hansard's happy living out of her small camp trailer, which she calls “Bandit.” She's currently enjoying the Southwest.

The inside of Hansard's camp trailer is cozy, but comfortable. She uses her laptop and travel apps to plan her routes.

When Jean Hansard was ready to head out of Yakima to become a full-time camper, she had her phone preloaded with many helpful apps. The 81-year-old retired school administrative assistant sold her home and was scheduled to hit the road just as the pandemic began last winter. She had her T@B teardrop trailer “Bandit” packed but suddenly had no place to go.

“My intention was to tour the country visiting friends and relatives and seeing nature, and suddenly many things were just shut down,” Hansard said. She explained that she grew up camping in tents and as she got older transitioned to car camping and eventually invested in a trailer nine years ago.

Her adventures have taken her to nearly every state in the Union, including a solo road trip to explore Alaska several summers ago.

As 2020 rolled around, she sold her home and planned to wander until she was ready to settle down near her sons on the west side of the state. Instead, she found a campsite at Squaw Rock Resort west of Naches and lived there for a month and a half.

But as wildfires spread across the West, Hansard decided it was time to get back on track with her new lifestyle and she headed south.

“I have asthma and COPD, so the first apps I used were AirVisual, which gives a real-time and forecast air pollution information, and Fire Finder to show where the worst wildfires were happening,” she explained. Hansard spent the summer and fall wandering the Southwest, mostly California, New Mexico and Arizona.

“I am a Montana girl and I never thought I would like the desert, but it is so beautiful,” Hansard said.

allstays.com. The site includes free information on camping, lodging and driving, plus links to AllStays apps that range from rest stops to overnight parking.

“When I began trailer camping I didn’t really use apps, but now I use them all the time because there is a wealth of information out there,” Hansard said.

Other favorites include Campendium and freecampsites.net, whose Facebook page says it is set up as “a source for information on free camping and boondocking locations worldwide.” Hansard said the site can be tricky to learn but once she figured it out, she uses it frequently, especially now that she’s been camped in Arizona for a while.

Hansard considers her current lifestyle probably the safest she could be living during the COVID pandemic since outside contact is limited to trips to a town for supplies and gas.

Her travels used to include a stop at a town’s visitor center followed by visits to the local cultural attractions. No longer. Hansard now avoids anyplace with crowds and relies on information from her T@B Facebook page to help steer clear of areas with a lot of tourists.

“I don’t like to travel with reservations ahead of time because I don’t know which turn in the road I will take,” Hansard said. “My rule of thumb is three and 300 — no traveling more than 300 miles a day or stopping later than 3 in the afternoon.

“But I rarely do that long. I usually stop about 1 p.m. and judge how I feel. I grab a snack and get out the apps to see what is nearby that I want to see. Then I can call to check on an opening or, something that lots of places are getting better about, I can check online for a reservation.”

From her current home base of Fortuna Pond BLM campground near Yuma, Arizona, Hansard is gaining even more appreciation for the Southwest.

“I really love it here, the sunrises and sunsets are exquisite,” Hansard said, explaining that, for now, she will continue to fly by the seat of her pants because “this lifestyle is just a hoot.”