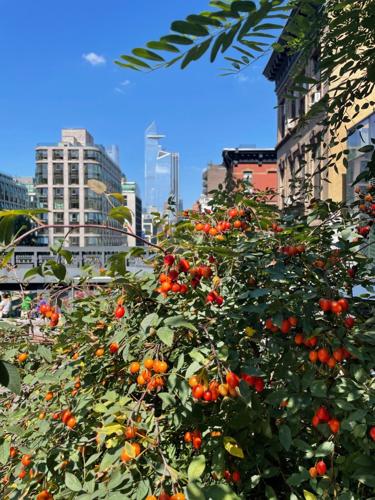 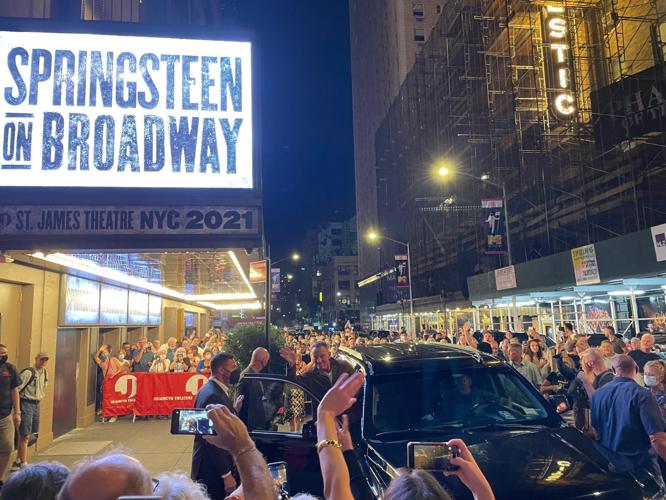 A walking tour to see the sights AND a chance to catch a glimpse of The Boss? Who could ask for a better getaway? 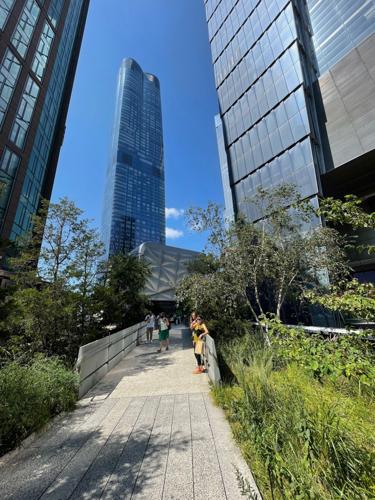 New York is best viewed on foot. But depending on how much you want to see, get ready for some long walks. 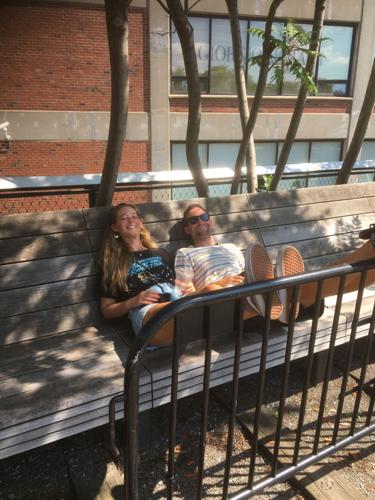 If you get tired, take a load off. Another travel trip: a burger and a beer can be remarkably rejuvenating.

A day of walking in the city should push you well past your daily step goal.

A walking tour to see the sights AND a chance to catch a glimpse of The Boss? Who could ask for a better getaway?

New York is best viewed on foot. But depending on how much you want to see, get ready for some long walks.

If you get tired, take a load off. Another travel trip: a burger and a beer can be remarkably rejuvenating.

A day of walking in the city should push you well past your daily step goal.

Far from fully formed, what would turn out to be an unforgettable adventure began to take shape earlier this summer with a voicemail from my youngest son, William. “Do you want to see ‘Springsteen on Broadway’ on Tuesday, Aug. 24?”

“Springsteen on Broadway” debuted in October 2017. The solo acoustic performance, set in the intimacy of a Broadway theater, was comprised of eloquently scripted music and spoken words. This wasn’t the usual raucous stadium show for tens of thousands. This time, it was just Bruce, his guitar and a piano.

Scheduled to end after a month, the show was extended twice. A Special Tony Award and 236 sold-out shows later, “Springsteen on Broadway” closed in December 2018. William and I had tickets to one of those final performances, but crazy circumstances got in the way of us going. We’ve regretted it ever since.

This year beginning in June, a limited run of 31 sold-out performances of “Springsteen on Broadway” joyfully announced to the world that after being shut down for 470 days by the pandemic, Broadway was ready to reopen. William grabbed tickets to one of the last shows for himself, his wife Cassy, and his mom. Masks and proof of vaccination were required.

My sister Audrey was there in 1978 when Springsteen and the E Street Band headlined their first show at Madison Square Garden. My children grew up dancing along with us to a Springsteen soundtrack blaring from a boom box with the bass turned as high as it would go. Thirty years later, my toddlers became the next generation of ardent fans.

We took the red-eye from Seattle on Sunday night, arriving in New York early Monday morning. We hit the ground running. We had tickets to fly home at the crack of dawn on Wednesday, the day after the show, in time for a family vacation on the Oregon Coast.

William and Cassy took the train into New York from the airport, and I spent Monday with a best friend since seventh grade at her home in Maplewood, N.J. Remaining were Tuesday’s 24 hours.

The High Line has long been an item on my version of a Bucket List. A Mecca for gardeners, the High Line is a formerly unused elevated New York Central Railroad freight line, spectacularly transformed into a public greenway on Manhattan’s west side in 2009. We could see it with plenty of time left for more exploring.

Walking the Length of Manhattan was another item on my list. As a twenty-something American Airlines flight attendant living in New York City in the late 1970s, I never walked anywhere unless I couldn’t find a cab.

Agreeing that the best way to see the city was on foot (Manhattan is a compact 13.4 miles long and 2.3 miles wide), the three of us decided to see just how far we could get in a single day. William and Cassy had just finished backpacking the 220-mile John Muir Trail in the Sierra Nevada in 10 days. They were primed to take Manhattan, and willing to take this now seventy-something along with them.

Tuesday morning, we were out of our Chelsea hotel by 7. We rode the subway north to Morningside Heights, a neighborhood above Harlem on the west side of Manhattan.

Walking south through the Columbia University campus brought us to Amsterdam Avenue and the largest (but still unfinished) cathedral in the world, St. John the Divine.

After breakfast at Bo’s Bagels on 116th Street, we found the Apollo Theater. We hoped to visit Alexander Hamilton’s grave in a nearby cemetery, but the gates were locked. No matter. Spirits soaring, Siri led us south, zigging and zagging through vibrant neighborhoods set against a skyline of architectural landmarks and stupendous bridges spanning the Hudson River.

We reached Central Park by noon. As temperatures climbed into the 90s, our collective resolve took a nosedive. There was some whining about the heat and humidity, but a beer and a burger worked like a booster shot. We reached the High Line’s 34th Street entrance around 2 p.m.

In the mid-1800s, freight trains on street-level New York Central Railroad tracks transported tons of food from the Meat Packing District. As the city grew, the line became hazardous to pedestrians. By 1910, 540 people had been killed. In an effort to make the streets safer, the line was elevated (High Line) in the 1930s.

By the 1960s, trucks displaced trains as a means of shipping. Sections of the High Line were demolished, and calls for its removal grew by the 1980s. But a wondrous thing had happened. Decades of disuse turned what was left of the line into a garden of wild plants and grasses, naturalized across the tracks by the wind or guerilla gardeners.

A nonprofit conservancy saw potential where others saw blight. Landscape architects and renowned garden designer Piet Oudolf transformed 1.45 miles of the elevated rail line into a public park and venue for community events. It features lush horticulture and art installations against an incomparable backdrop of the Hudson River and New York City skyline. It’s always been free and open to all.

Juxtaposed 30 feet above epic traffic congestion, we ambled along a ribbon of pathway through pollinator gardens, woodlands, wetlands, grasslands and wildflower meadows. New Yorkers find beauty and tranquility here in all four seasons.

We gave ourselves until 4:30 to get back to our hotel for a shower and dinner before the 8 p.m. show. That left 90 minutes. After a quick stop at a Walgreen’s in Tribeca for some Naproxen to sooth my creaky knees, we reached the National 9/11 Memorial on Greenwich Street in lower Manhattan. The monument is set in a forest of swamp white oaks with two square reflecting pools in the center marking where the Twin Towers stood. Sobering and inspiring, the design includes the names of every victim of the 9/11 attacks and the 1993 World Trade Center bombing.

I took the subway back to our hotel and after a 10-minute power nap, rehydrated with more beer and a great dinner at an outdoor café. We walked to the St. James Theater in time to see Springsteen arrive an hour before his performance. From my seat just four rows back from the stage, Springsteen’s sublime performance was an electrifying finale to one of the best days of my life.

On our way to the airport the next morning, I asked William just how far he thought we had walked the day before. An app on his phone reported that all that zigging and zagging across Manhattan added up to 22.3 miles.

I can’t wait to do it again, maybe next time with my husband. After all, the best way to see New York is on foot.