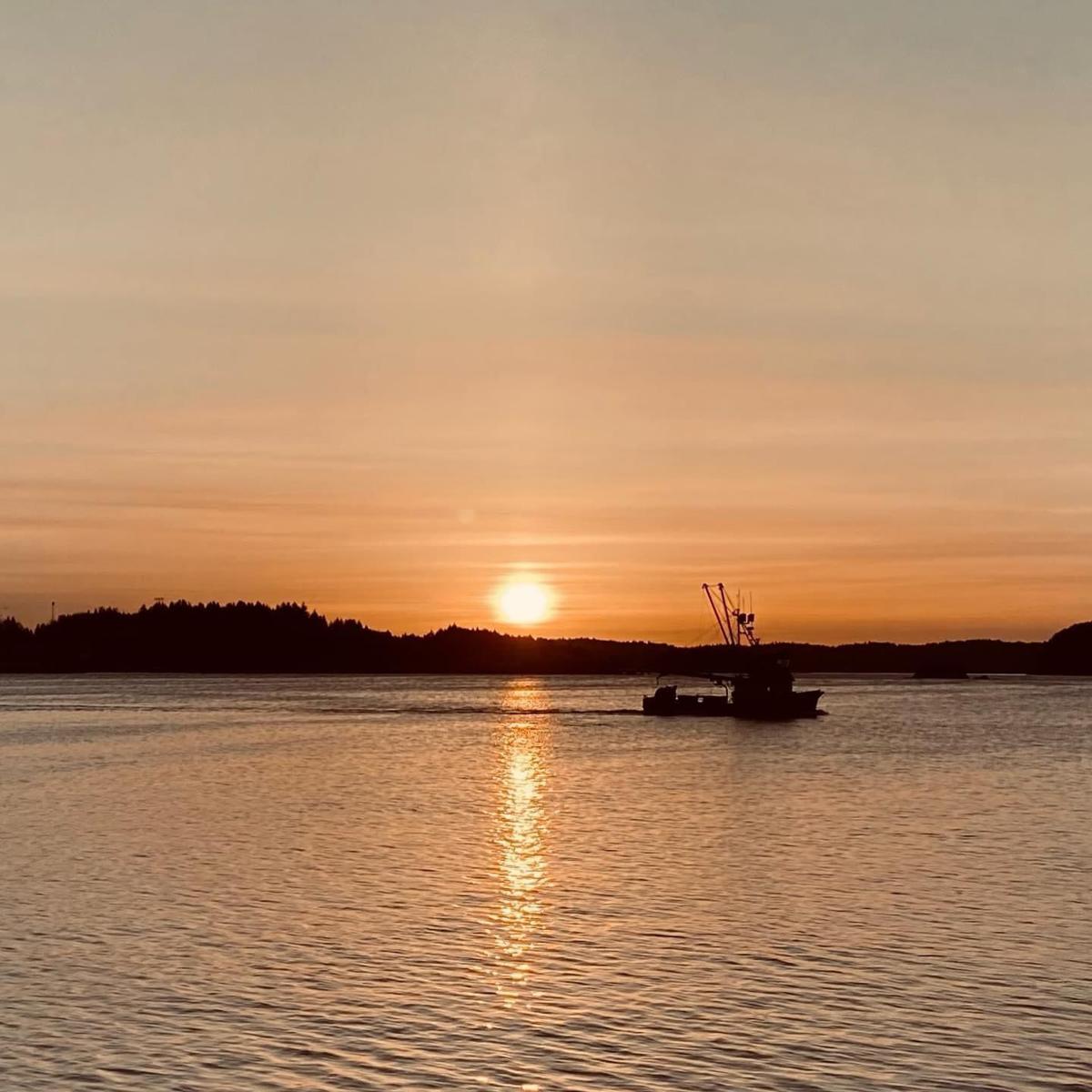 The summer days are long in Alaska, but they're worth it to Joe Rosenkranz. 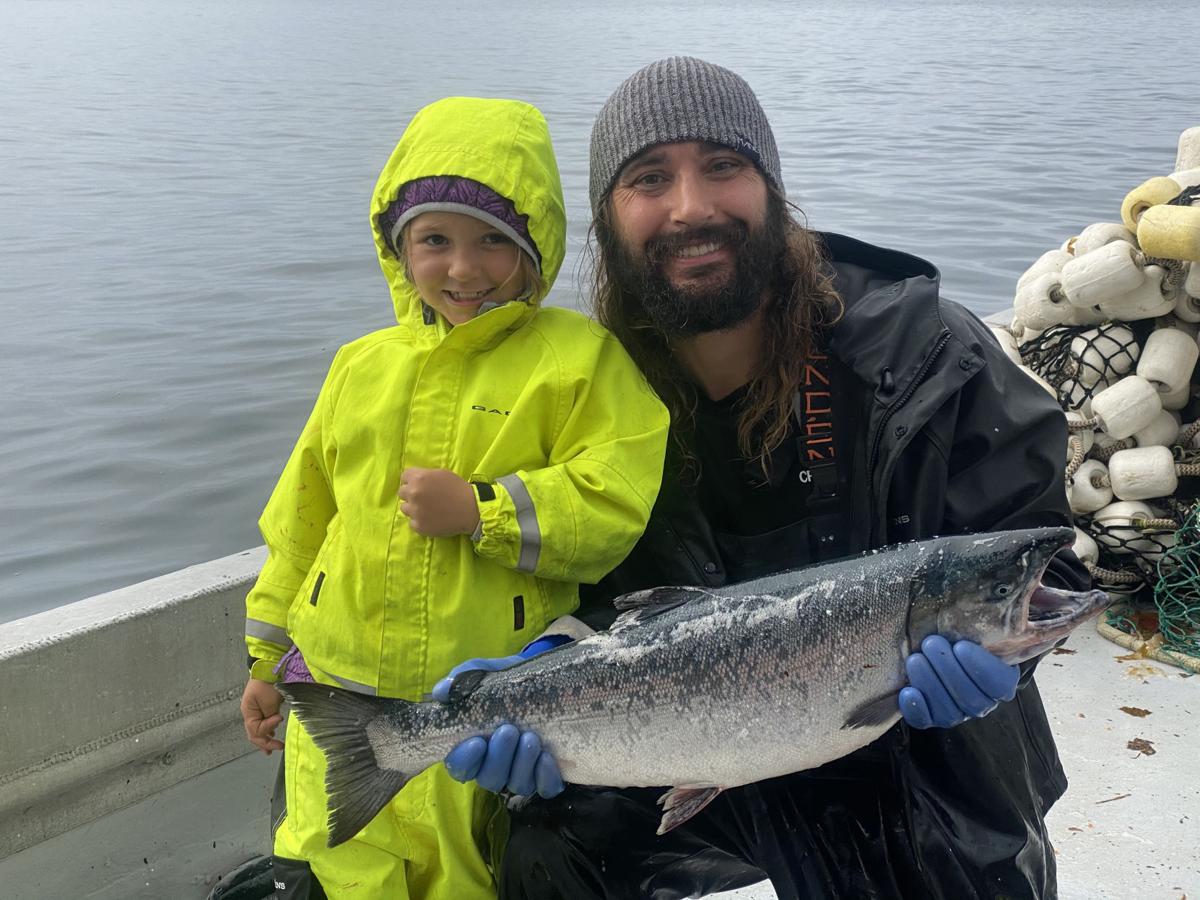 Sometimes, Joe Rosenkranz's family -- his 7-year-old daughter Audrey in this case -- heads north to visit him on the job. 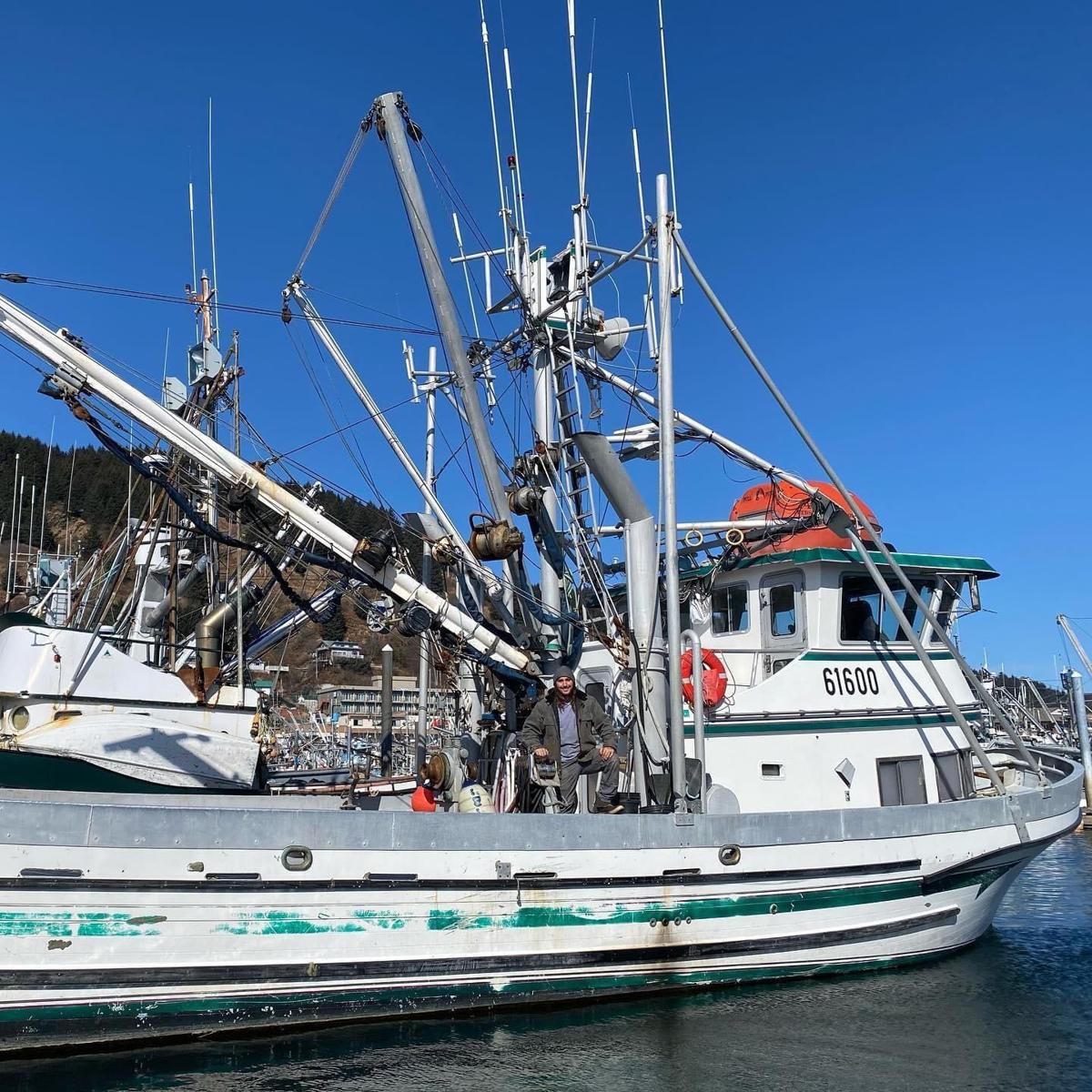 "The Salmon Barry" has made for smoother sailing for Joe Rosenkranz. 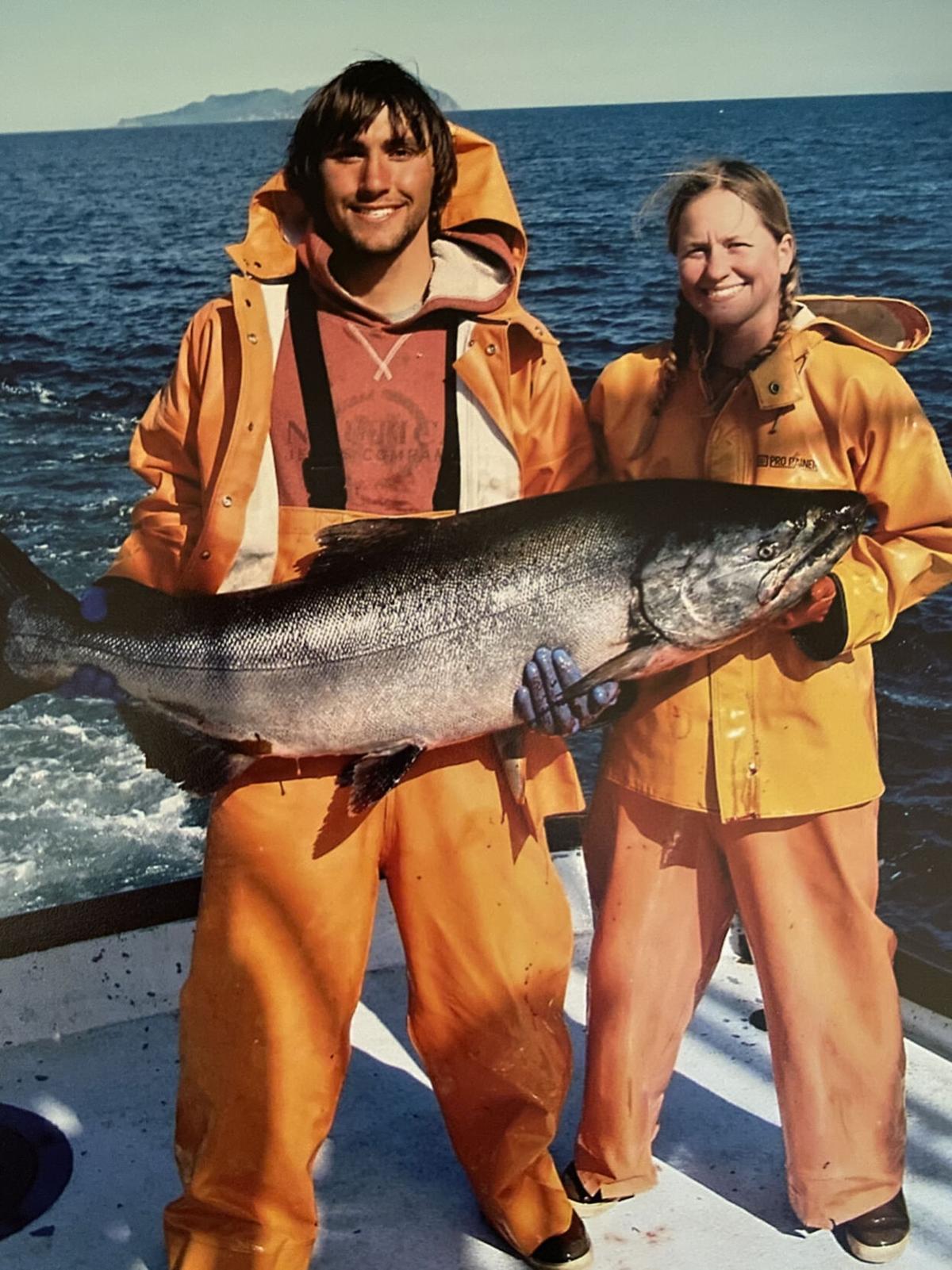 Joe and Katelin have made their marriage work by riding out summer separations every year. 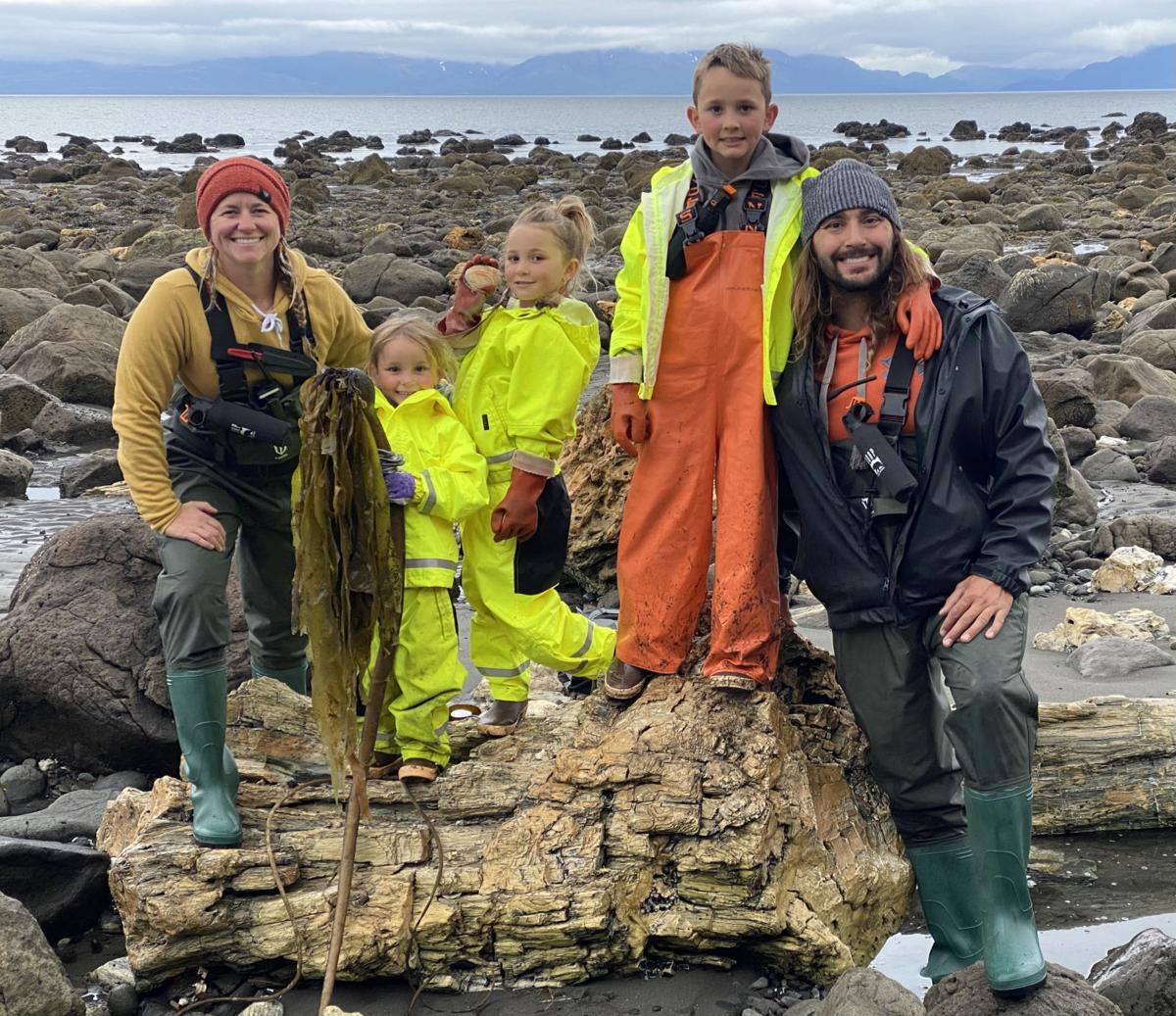 The summers can get lonely at either end, but salmon fishing gives the Rosenkranz family eight months together every year.

The summer days are long in Alaska, but they're worth it to Joe Rosenkranz.

Sometimes, Joe Rosenkranz's family -- his 7-year-old daughter Audrey in this case -- heads north to visit him on the job.

"The Salmon Barry" has made for smoother sailing for Joe Rosenkranz.

Joe and Katelin have made their marriage work by riding out summer separations every year.

The summers can get lonely at either end, but salmon fishing gives the Rosenkranz family eight months together every year.

Imagine being 36 years old and having spent every single summer of those 36 years fishing in Alaska. Every. Single. Summer.

But then imagine that by spending those three to four months away from home, you don’t have to worry about bringing in an income for the rest of the year. This is Joe Rosenkranz’s way of life — a life that has epitomized the phrase, “work hard, play hard” since he was born … smack dab in the middle of fishing season.

“My dad’s (Barry) next-door neighbor and friend (Bob Bowhay) got my dad a fishing job on their boat at age 17,” Joe said. “At age 19, my dad got a loan over the phone to buy a boat and a fishing permit.

“After marrying my mom (Jan Vik), they moved to Kodiak, Alaska, (from Naches, where they grew up) and started a family. That’s where me and my two sisters (Leanne and Sarah) were born.”

After living in Alaska for a few years, the Rosenkranz family moved back to Naches in 1990-91 to continue raising their family. But they continued to head north to Alaska every summer to do what they always did — fish as if their lives depended on it. Because in truth, it did.

When Joe was almost 22 years old, he purchased his first boat and began commercial fishing for himself in the summer of 2006.

“That first year was a HUGE learning year for me — I quickly learned that I knew how to run a boat, but I didn’t exactly know how to run a crew,” he said.

His wife, Katelin, also came up to work with him for the summers, which she continued to do until they started their family together.

In 2018, Joe bought a larger, newer fishing boat, which helped his business exponentially. He named it “The Salmon Barry,” after his dad.

“The new boat opened the door to working with other fisheries, fishing in rougher weather, and it also had much nicer living quarters for my crew and I,” he said. “Honestly, it was like bumping up from camping in a tent to staying in a pretty nice RV.”

The larger boat has also enabled his family to come join him for parts of the salmon season each year — which sure makes their kids (Adeline, 4, Audrey, 7, and Jackson, 9,) happy. It also helps teach the kids from a very young age the importance of hard work, family and working together as a team.

Being away from the kids and Katelin for three to four months straight is hard, so little visits from all four of them or even just one or two of them at a time makes his summers go faster — it also brings a little bit of home to him all of the way up north.

“When Joe’s away,” said Katelin, “we miss him and he misses us. But when he’s home, we are together — spending time with our kids, adventuring and traveling to warm destinations as a family to help make up for the summers he misses here in Yakima. The biggest blessing that fishing gives our family is that it provides Joe the opportunity to be a stay-at-home dad eight months out of the year.”

Joe is a great fisherman, but he’s also one of the most hands-on, committed parents and husbands you’ll meet. His role as captain may stay up north with his boat, but his role as dad and husband are with him always — even if he’s thousands of miles away from home.

What type of fish do you catch?

I commercial fish for wild salmon in the waters around Kodiak Island. I catch and sell all five salmon species to processors based in Kodiak Island.

What type of tools do you use to catch the fish?

Our net is called a purse seine, it’s 1,500 feet long (bigger then a high school track field). We will fish all day, setting our net and bringing it back on board, filling our boats fish hole.

How do you preserve the fish that you catch?

Our fish hole has a chilling system called RSW (refrigerated seawater) to help preserve the salmon. When we pull our net aboard into our boat the fish go directly into the cold water in our fish hole. At the end of the day or once full of fish, we will deliver our fish to a tender (larger boat with more holding capacity. The crabber boats you see or “The Deadliest Catch” are some of our tenders). The tenders will sort our salmon by species and give us a weight/sale ticket. The tender will run the salmon back to the processor. The processors will process the whole salmon (whole, fillet, canned, etc.) and ship them worldwide.

Put one of these recipe ideas on top of your salmon, throw it in the smoker at 425 degrees for 11 minutes, and you’ll have yourself a tasty meal for the whole family.