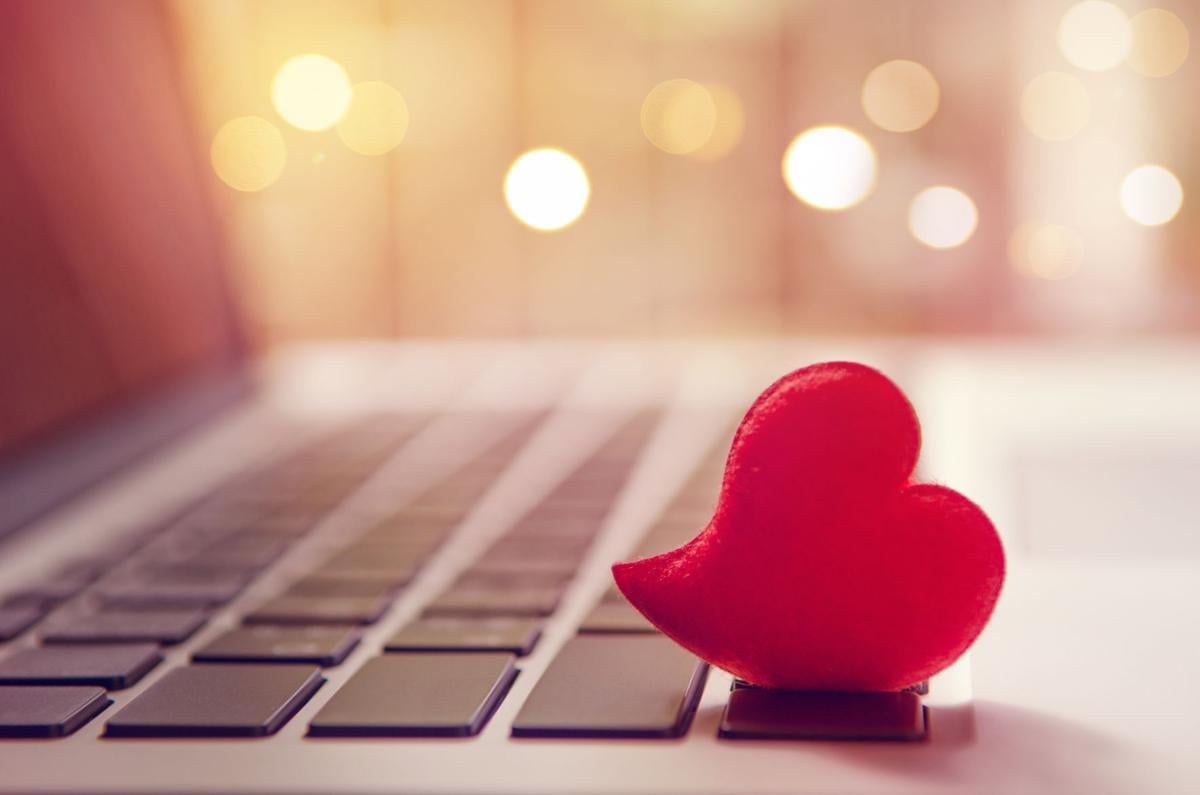 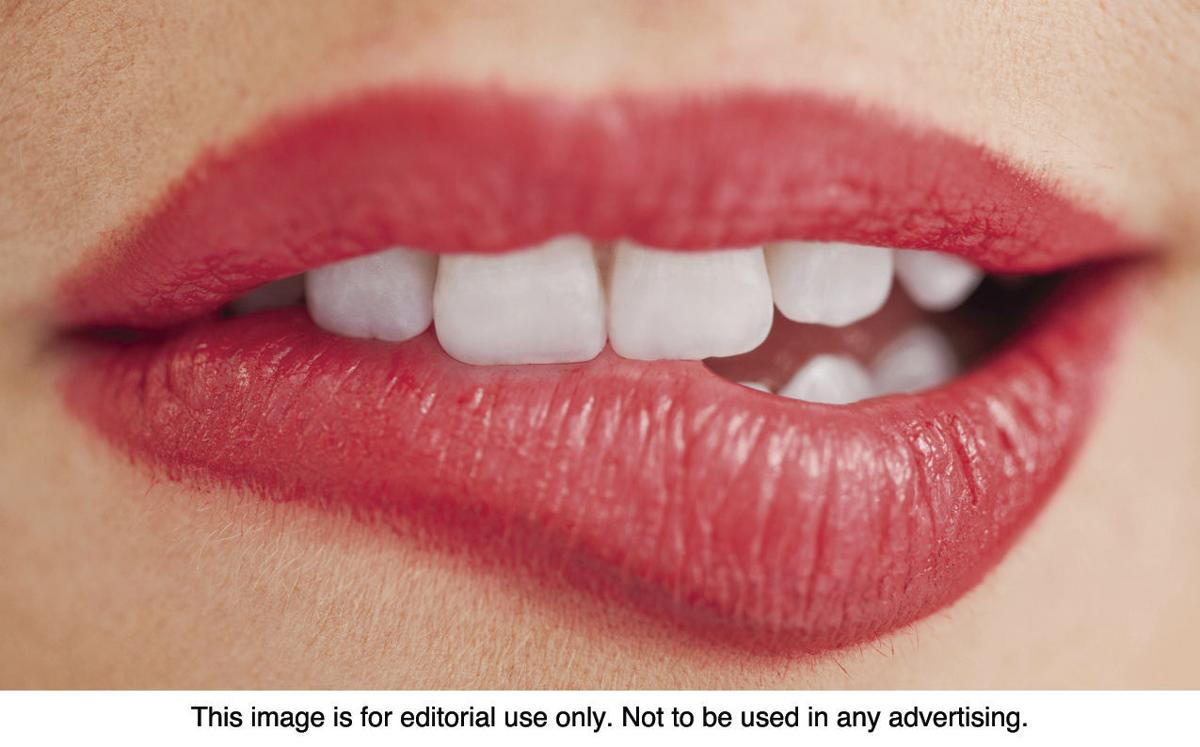 Many people find love and companionship through online dating sites. Other people, however, find lip-biting frustration instead. 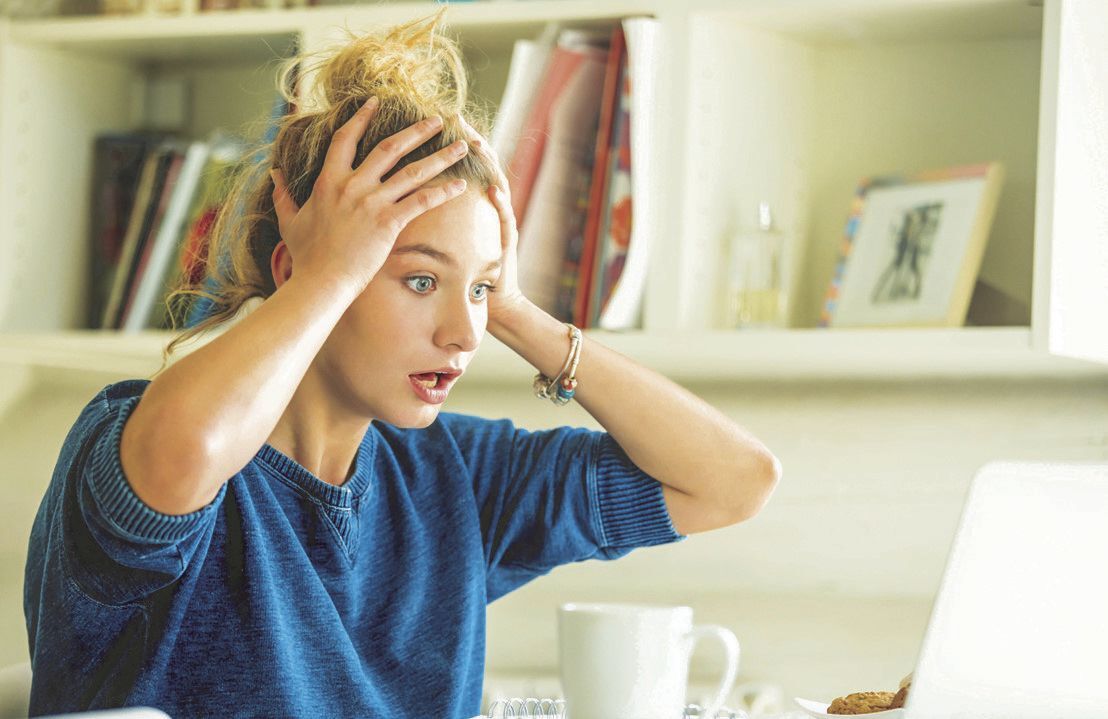 Many people find love and companionship through online dating sites. Other people, however, find lip-biting frustration instead.

The online suitor from California was enthusiastic.

“I have a couple of bulldogs,” he said. “They’re just going to love you to DEATH!”

I pictured myself cowering atop his kitchen table, wondering if I could make it to the door in time. For a variety of reasons, we never met.

As Valentine’s Day rolls around, memories of my online dating adventures come to mind. This was numerous years ago, before I met someone special, in person, from our own community. Yet, the images remain quite vivid. Generally, these were nice individuals, but a few had their eccentricities.

For example, there was the energetic greeter. We had arranged to meet for lunch at a restaurant and, spotting me across the lobby, he bellowed out, “Christine, I recognize you from your online photo!” So much for subtlety. As if that wasn’t bad enough, once we were seated, he made another comment about my “online profile” right in front of the waitress. By this point, I was ready to either hide under the table or just throw my napkin over my face.

Then there was a country gentleman who initially showed promise. After chatting online, we met at a neutral location and agreed to drive on to a nearby restaurant. He commented that he was glad I had driven my own car. Apparently, mice had gotten into the undercarriage (and goodness knows what else) of his vehicle, which he had parked near the fields, and it could have made for an adventurous ride. After a time at the restaurant, he went back to his mice, while I headed off in the opposite direction.

I also had a brief meeting with the man who will forever after be “the coffee mixer” in my mind. At the restaurant, he ordered a cup of coffee. So far so good. Next, he proceeded to pour in some cream. Then a little more cream. Then it was too much cream. Then he needed a new cup of coffee. Then it was cold, etc., etc. That is really the only thing I remember about the experience, to this day.

Another man talked in detail of his surgery the whole time we were supposed to be enjoying dessert at an ice cream parlor. On the positive side, there was no danger of overindulging in ice cream that day.

In retrospect, I probably shouldn’t have suggested ice cream at all on the day another potential suitor drove to town from Oregon. For reasons I never quite understood, he decided to drive his motor home here for the visit. At the ice cream parlor, he announced that he had lactose intolerance, yet he ate ice cream instead of an alternate choice — which I also didn’t quite understand. As the day went on, his discomfort with the lactose became clear. The next day, when I tried to call to check on plans, he announced that he was on his way back to Oregon, motor home and all. I like to tell myself that it was the ice cream, not me, that caused him to flee.

Another winter day, I was having dinner at a restaurant with a man who was heading back to his home in Idaho. Snowflakes began to fall and accumulate on the ground. About every 10 to 15 minutes, his cellphone rang. His “sister” was concerned about him making the drive and wanted him to get started back home, he said. Hmmm. His sister? I wonder, to this day, what that was all about.

There was the man online who was not sure how to answer the profile question about being “free to marry.” Yeah, there was that one sticky detail about having a WIFE, I conjectured. We never met.

I did meet another individual who, in the course of our conversation admitted that he thought aliens just might exist. That was our one and only encounter. For all I know, he was abducted by a UFO soon afterward and is still desperately trying to signal me.

Then there was the punster, a person of “sterling worth,” as my old high school teacher used to say, yet someone who delighted in making plays on words — all the time. You had to carefully watch every word you said or it would turn into a joke.

He delighted in telling the tale of a dinner out with his family. One relative, standing up after a long meal in a restaurant, commented, “These chairs are uncomfortable.” Without missing a beat, the punster replied, “Well, you’d be uncomfortable, too, if you’d had people sitting on you for two hours!”

Lest I sound unkind, I know that dating can be a nerve-wracking business, throwing you a little off your game. However, online dating does seem to come with more than its share of unusual moments. I hear it works well for many people. For me, it just provided colorful memories.

In all fairness, maybe it seemed just as strange to the people I met that I drink coffee without cream, have nary a rodent roaming my car, and have never worn a tin hat to ward off aliens!

Happy Valentine’s Day. May each of you find your heart’s desire — though possibly not online.