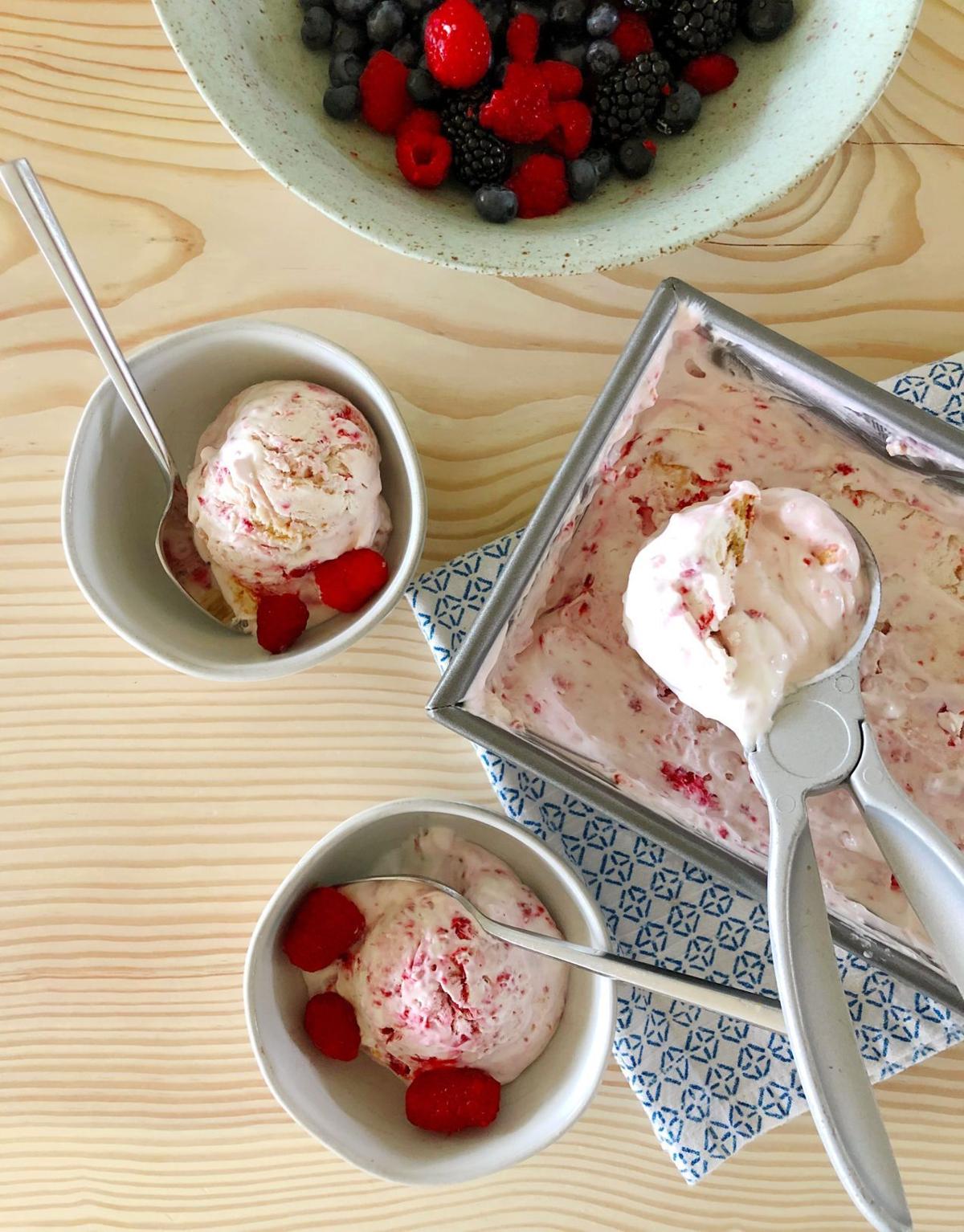 Homemade No-Churn Raspberry Cookie Mascarpone Ice Cream hits the spot on a hot Yakima afternoon. And it's a fun project for you and the kids while everybody's staying home. 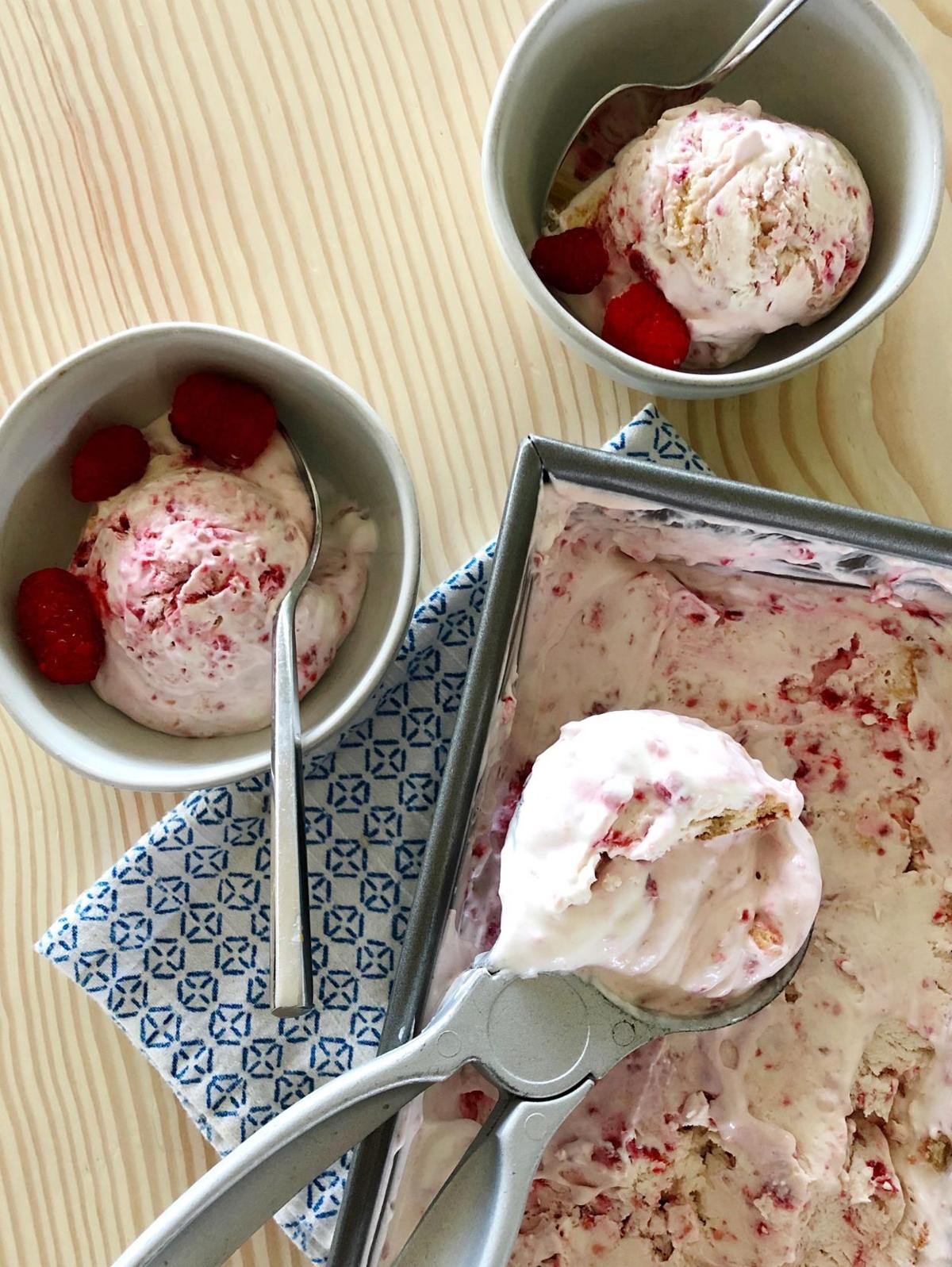 Homemade No-Churn Raspberry Cookie Mascarpone Ice Cream hits the spot on a hot Yakima afternoon. And it's a fun project for you and the kids while everybody's staying home.

Years ago, I got it in my head I was going to master homemade ice cream. I bought myself an ice cream maker and spent an entire summer making every flavor I could think of. Chocolate swirl, blueberry basil, peanut butter cup and my all-time favorite, strawberry.

After a little while — and many, many quarts of whole milk later — I eventually decided to make a “healthier” ice cream and attempted frozen yogurt made with Greek yogurt. Those experiments were less than successful, with quite a few attempts eventually finding their way to the very back of the freezer to be forgotten about for months.

It was a fun and delicious summer, but in the end the process was tedious and developing that silky-smooth ice cream texture was much more challenging than you would think. I abandoned my project and went back to store-bought ice cream.

One of my favorite things to do is to stop in at the McIlrath Fruit Stand in Gleed. I subscribe to their weekly produce box, but I can’t resist pulling up to their drive-through market. With a wide variety of fresh local produce and goods, I can snag a bouquet of fresh flowers, a handmade card set, a bottle of local wine or beer and even ice cream from Winegar’s in Ellensburg. I never know what I’m going to decide on, but picking up a little treat every once a while has been the highlight of the summer.

I decided to revisit my little ice cream experiment after a particularly delicious tub of ice cream from Winegar’s. The dog days of summer had set in and I needed a project to do with the bored restless kids. The bowl of raspberries sitting on my counter, picked that morning off our bushes in the garden, was just the prompt I was looking for.

I didn’t want the hassle of using the ice cream maker, so I set out to create a no-churn recipe that was easy and delicious. The mascarpone cheese gives the ice cream a subtle richness while the whipped cream makes it light and silky. The sweet berries and little surprise bites of crunchy vanilla cookie take this recipe over the top. My kids were able to help every step of the way and loved making their own dessert.

I think this will be our special summer tradition. When the raspberry bushes are heavy with fruit and it’s been 100 degrees for weeks on end, we’ll know it’s time to make ice cream.

For the Raspberry Jam

For the Ice Cream Base

Put a 9x3 loaf pan in the freezer.

To make the raspberry jam, combine all the ingredients in a small saucepan. Cook over medium-high heat, stirring often, until the raspberries are soft and syrupy — about 10 minutes. Remove from heat and let the jam cool. Place in the refrigerator to speed up the process.

To make the ice cream base, combine the mascarpone cheese, condensed milk, vanilla and salt in a bowl, whisking to combine. In a separate bowl, whip the heavy whipping cream with a hand mixer until stiff peaks form. Fold the whipping cream into the mascarpone mixture until well blended. Pour the mixture into the chilled loaf pan, cover with plastic wrap and return to the freezer for two hours, until the ice cream base is almost set.

Remove ice cream from freezer and swirl in the raspberry jam, fresh raspberries and crumbled cookies with a spoon. Cover and return to the freezer until the ice cream is solid — another four to five hours. Scoop and serve.