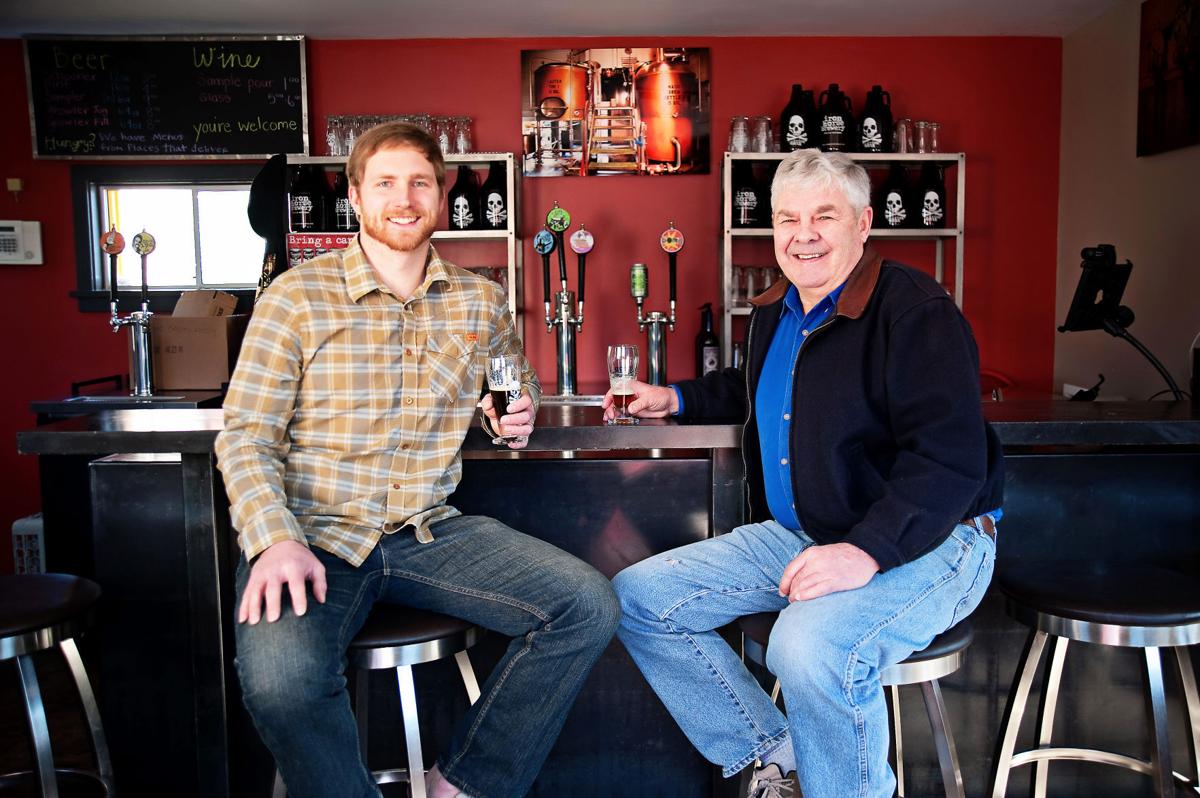 Greg and Gary Parker's business and marketing experience have helped Iron Horse Brewery pick up steam in the past few years. 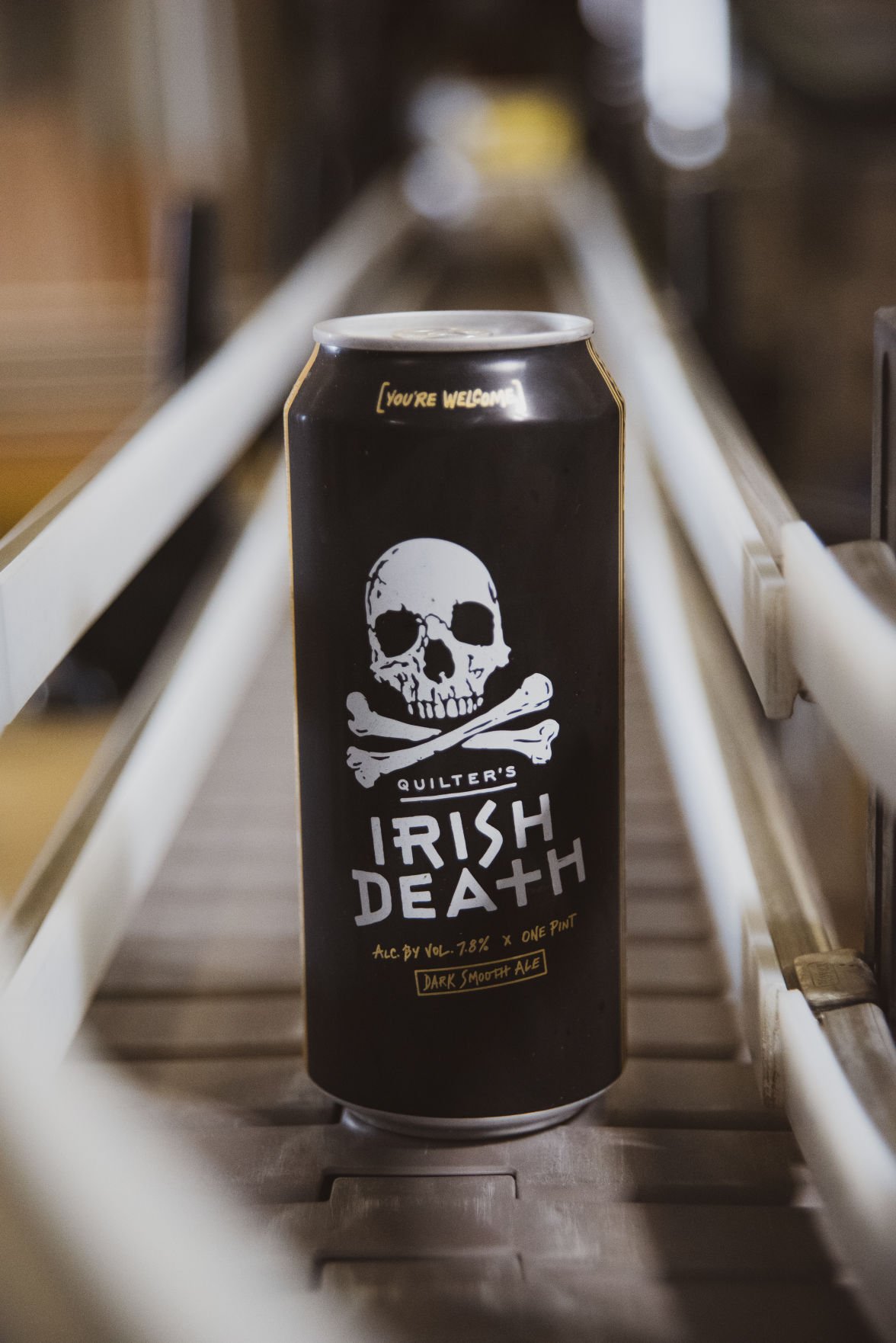 The brewery's introduction of 12-ounce cans has opened up a whole new range of possibilities. 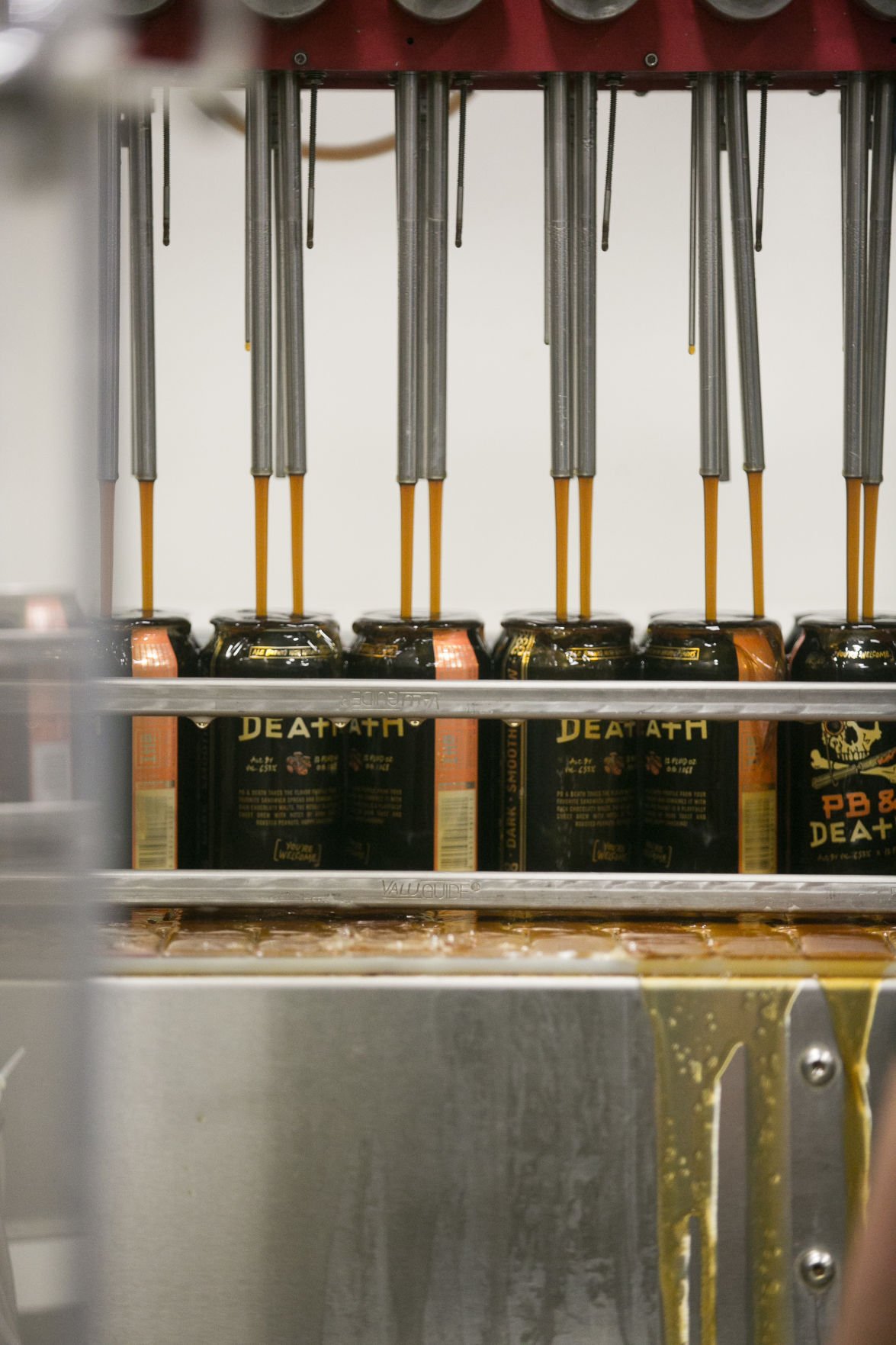 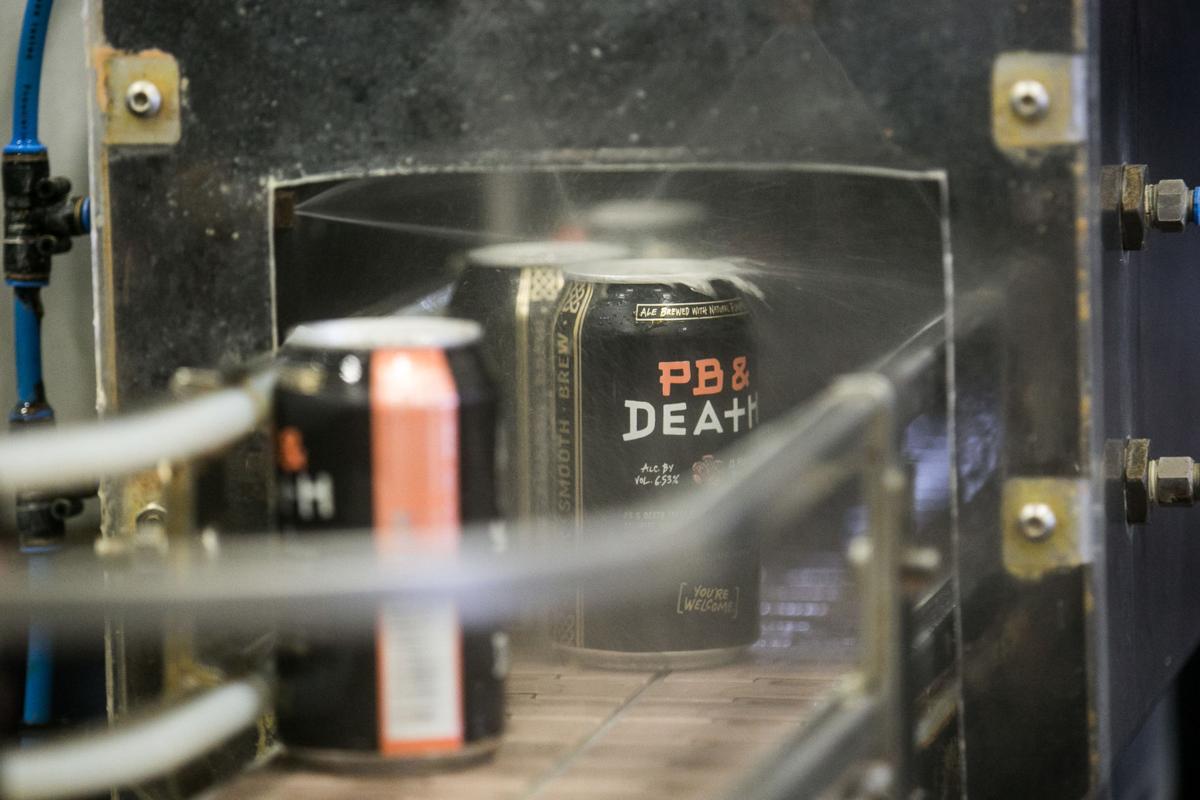 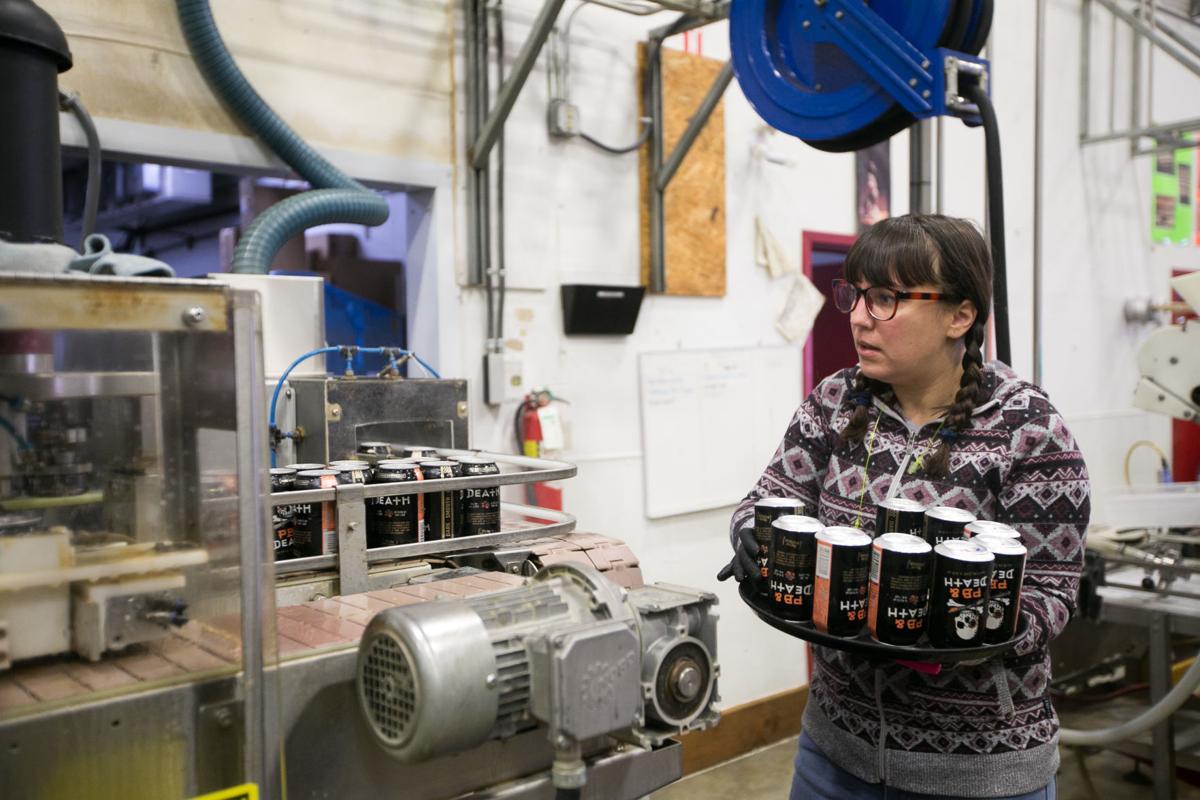 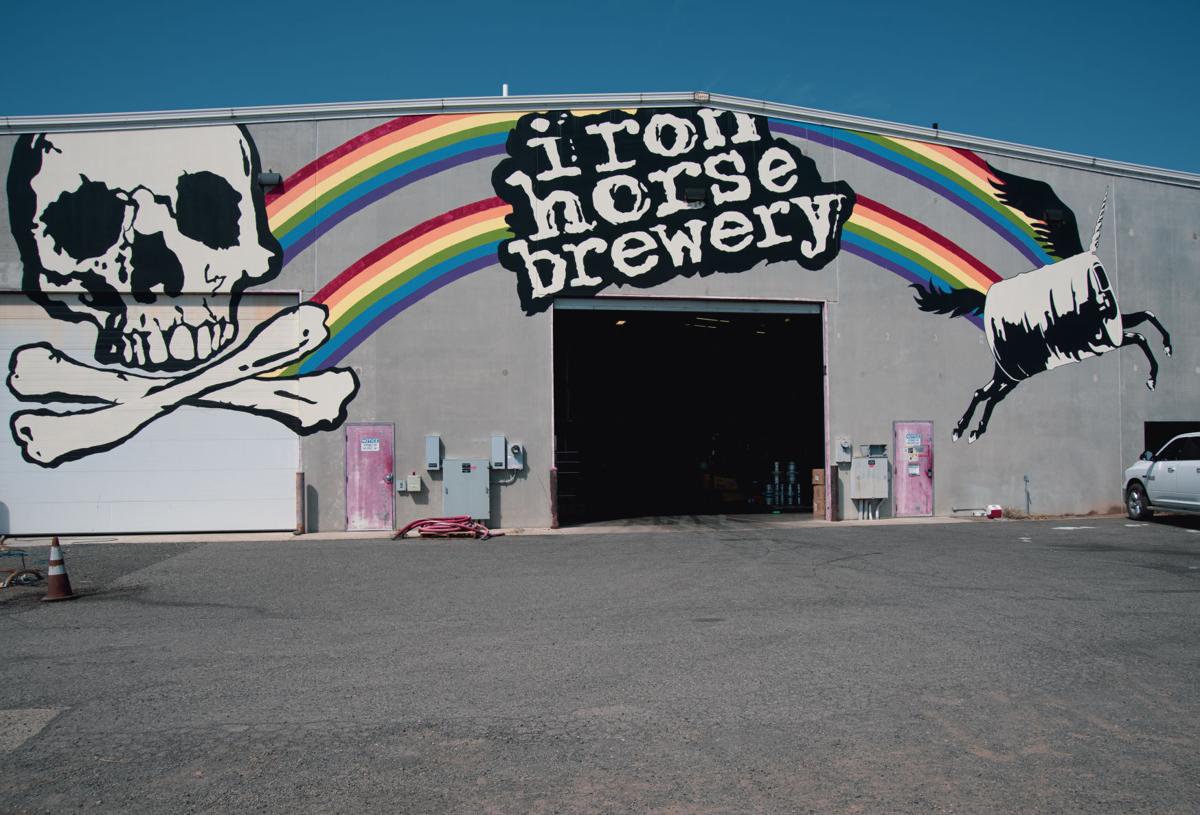 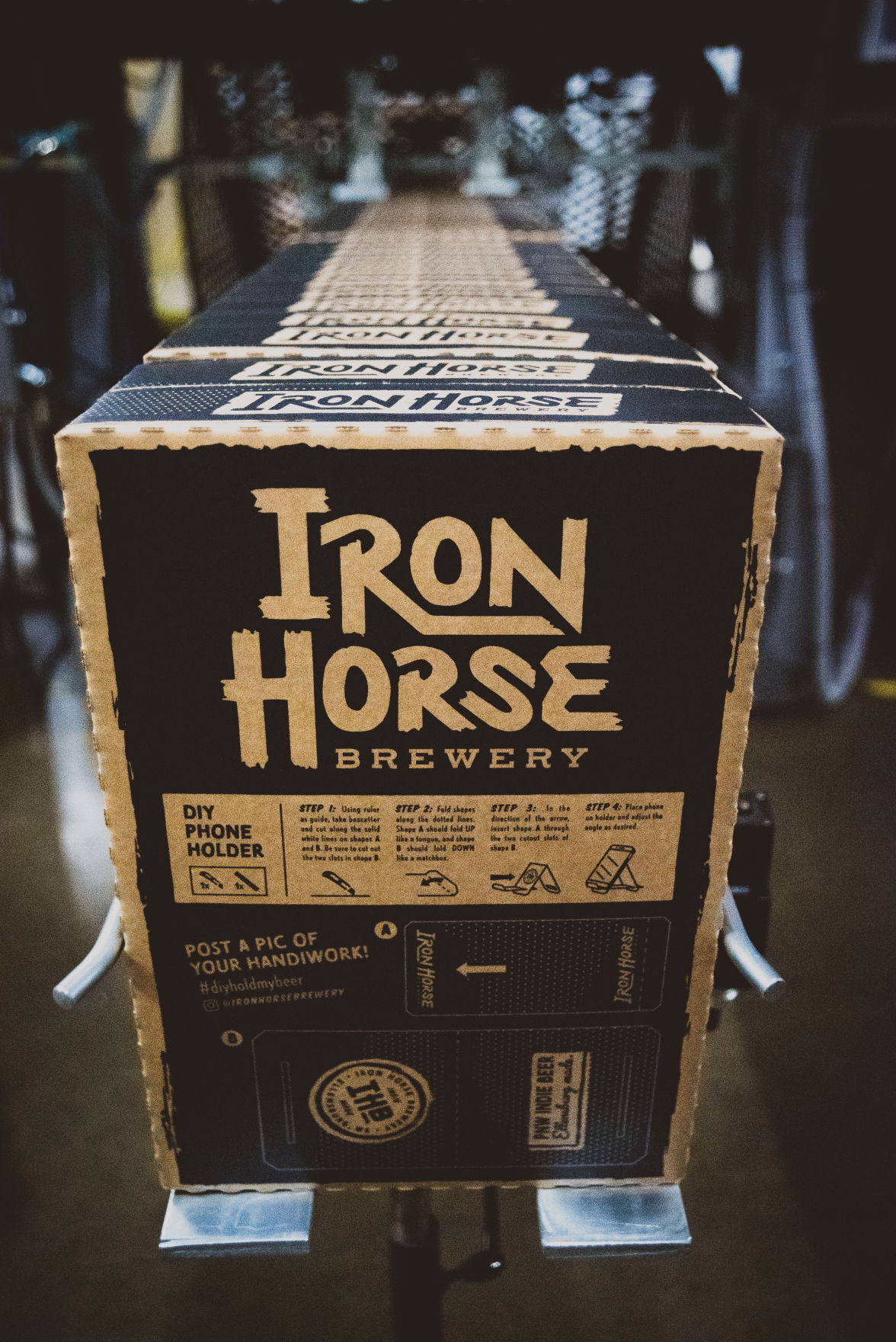 Production has more than doubled in the past four years.

Greg and Gary Parker's business and marketing experience have helped Iron Horse Brewery pick up steam in the past few years.

The brewery's introduction of 12-ounce cans has opened up a whole new range of possibilities.

Production has more than doubled in the past four years.

In a world full of craft breweries that base their brand and product line on IPAs, Iron Horse Brewery in Ellensburg decided to be different.

Somewhat of a dark horse (pun most definitely intended), within the craft beer industry, Iron Horse Brewery’s flagship brand is Irish Death. It’s a dark, smooth ale — a category that not many other breweries play in, and one that sets Iron Horse apart from the vast percentage of beer creators in the PNW. But even if Irish Death isn’t your jam, I can guarantee that they will make a beer that your taste buds will fall in love with.

Before we dig into the products, though, let’s talk about the company and the people who make this brewery stand out.

Within minutes of meeting Dane Williams, one of of the owners of Iron Horse Brewery, I knew that this wasn’t going to be like any other article I had written — and I was right.

“At Iron Horse Brewery, we have always been about the customer,” Dane said. “We define our customers as our cousins, wholesalers, retailers and ultimately our end consumers. I think our mission statement best captures this sentiment, ‘Creating the best beverages and experiences humanly possible that bring richness and joy to our customer’s lives and our communities through hard work, rapid evolution of business models, creative problem solving, and evolving interpersonal norms.’ ”

You know, it’s crazy to admit, but throughout the many years I have under my belt as a writer and interviewer, nobody has ever put as much of an emphasis on the customer as Iron Horse Brewery does. Their entire focus is on figuring out what customers want, what they need, what they may not even know they need — and then creating it.

At the end of the day, no matter what beer they are creating, it’s not about what the beer festivals, contests or some beer guru wants, it’s about what their customer wants — plain and simple.

So even you don’t like Irish Death, then they surely will have an IPA, a Hefeweizen, and even a Light Ale that will stoke your taste buds.

Iron Horse Brewery is made up 35 employees and four owners — Gary Parker, Greg Parker, Ross Chalstrom and Dane Williams. But these current owners were not the founders of Iron Horse Brewery.

In 2004, an excellent brewer named Jim Quilter created Iron Horse Brewery. Within two years, he partnered with Gary and Greg Parker, a father and son duo with savvy business and marketing experience and skills between the two of them. By 2007, Jim decided to step away from the beer industry, selling his share to Gary and Greg.

Two years later, Ross Chalstrom joined the team. An English major (and high school friend of Greg’s) with a knack for talking to absolutely anybody, Ross helped to round out this beer-loving trio. Together, they figured out what Iron Horse Brewery really stood for: a company making beer for the people, not the critics.

Jumping forward to 2016, Dane Williams joined the Iron Horse family. With 13-plus years of beer industry experience and now being a part of a brand like Irish Death, growth within the category was inevitable. Enhancing the Irish Death offerings from 22 ounce bottles to six-pack, 12-ounce cans was the primary catalyst of growth.

In 2016, IHB was producing roughly 10,000 barrels and by the end of 2017, with the 12-ounce can introduction, it jumped to 18,000 barrels. The COVID pandemic has helped Iron Horse Brewery prove it has a loyal consumer base — last year, despite all the precautions and shudowns, they managed to produce over 22,000 barrels of beer.

Today, Iron Horse is sold in Washington, Idaho, Oregon, Montana and Alaska, and customers can also purchase beer online through their website. And if you check out their website (which I highly recommend), be prepared to chuckle, because this crew may be serious about making great beer and keeping their customers happy, but they definitely like to have fun creating and selling the products that they are oh-so-passionate about.

Iron Horse Brewery is also devoted to their community and dedicated to giving back to local organizations.

“Craft beer was built on the support of local communities and it’s important as an organization that we honor that,” Dane said. “Outside of product and financial donations, our cousins (term for IHB employees) are heavily involved in clubs and organizations ranging from the local Food Bank to CASA.”

Iron Horse also donates their high-protein spent grain (which is a by product of the brewing process) to PNW Beef, which when mixed in with hay chaff helps to create healthier, heavier cattle for market. In a year’s time, the brewery donates around 600,000 pounds of this grain to these cattle ranchers, which in turn is making a large positive impact for our local farmers.

I don’t know about you, but that right there is the biggest win in my book. Keep it up, team … keep it up.