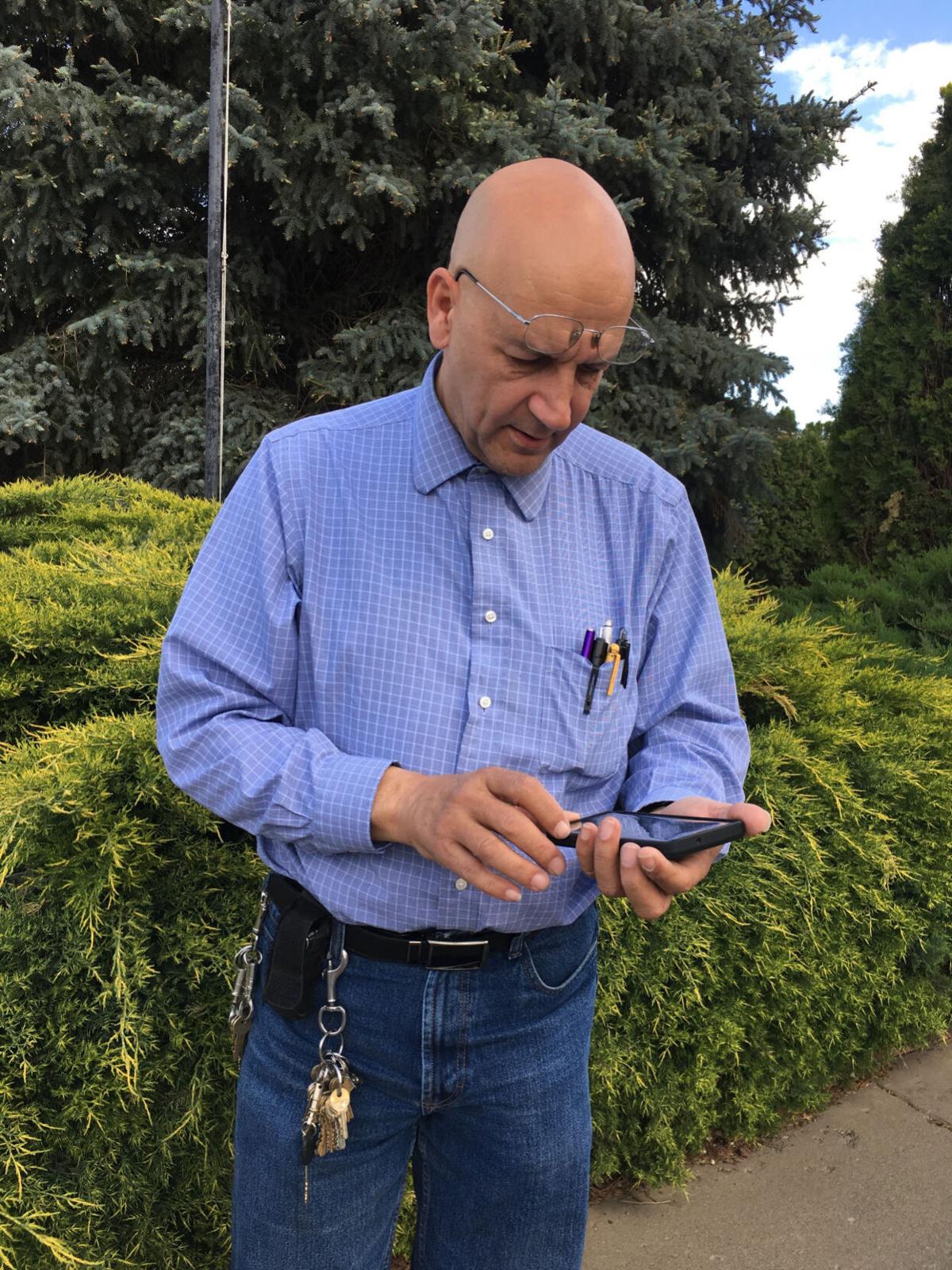 Geocachers like Lindsay Kooser enjoy getting out and taking precise readings on the world. 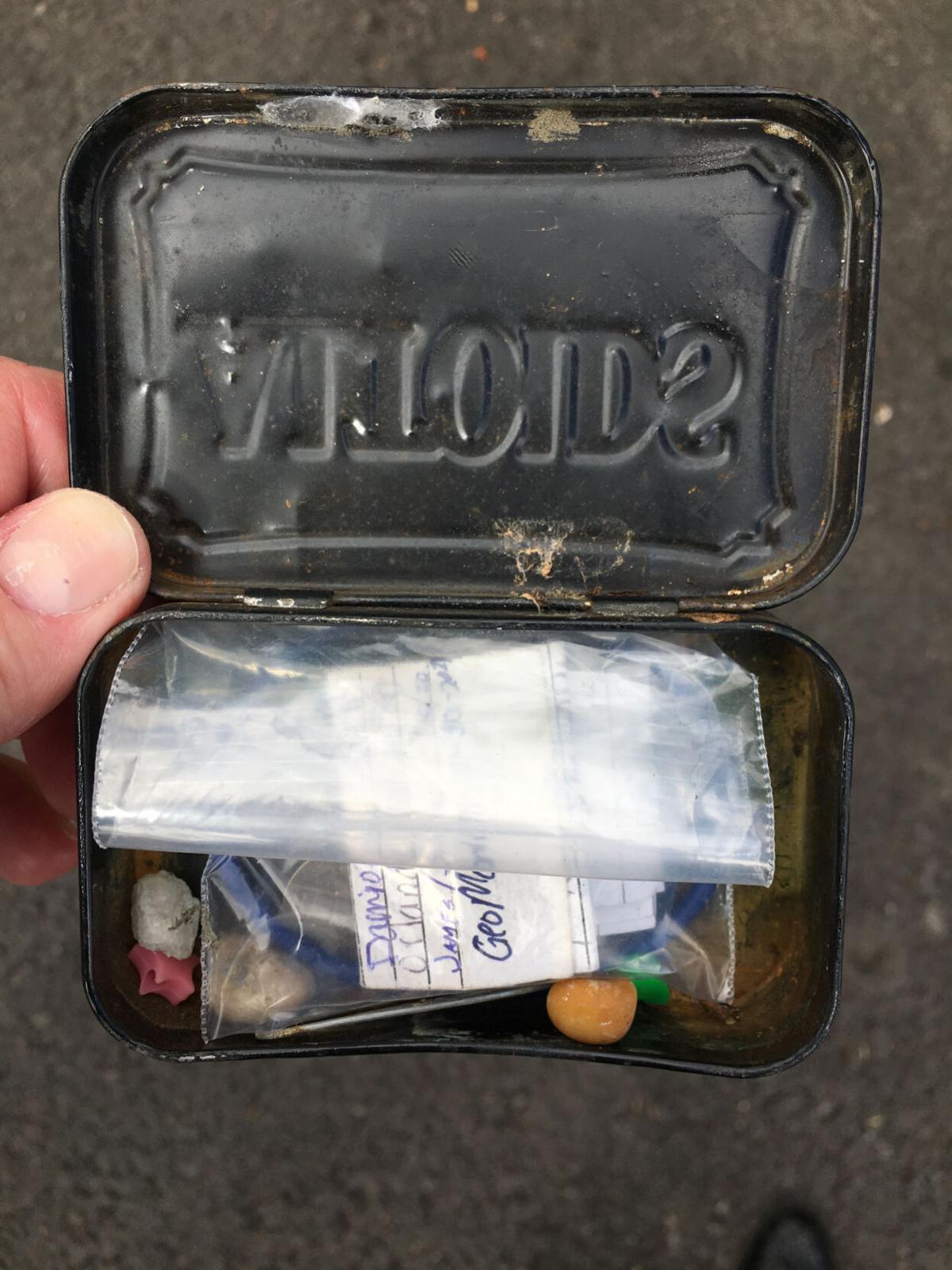 A simple container, such as an Altoids tin, could be used for a cache. 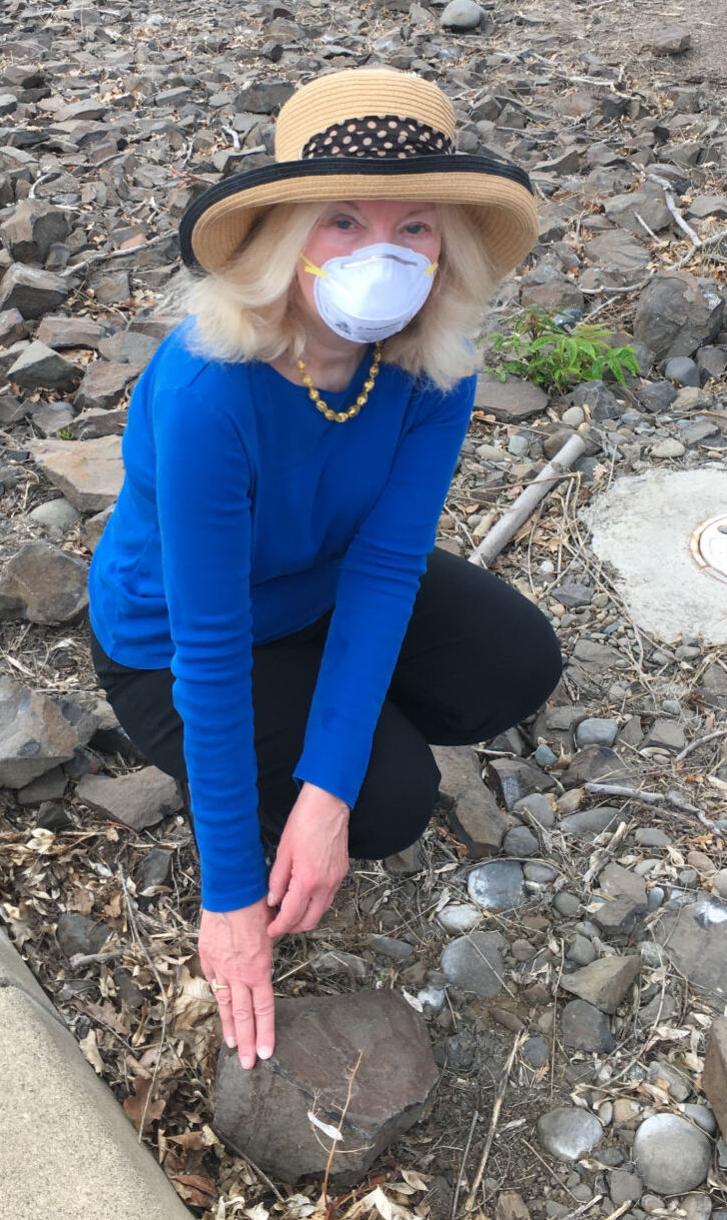 The author has discovered that she enjoys leaving no stone unturned. 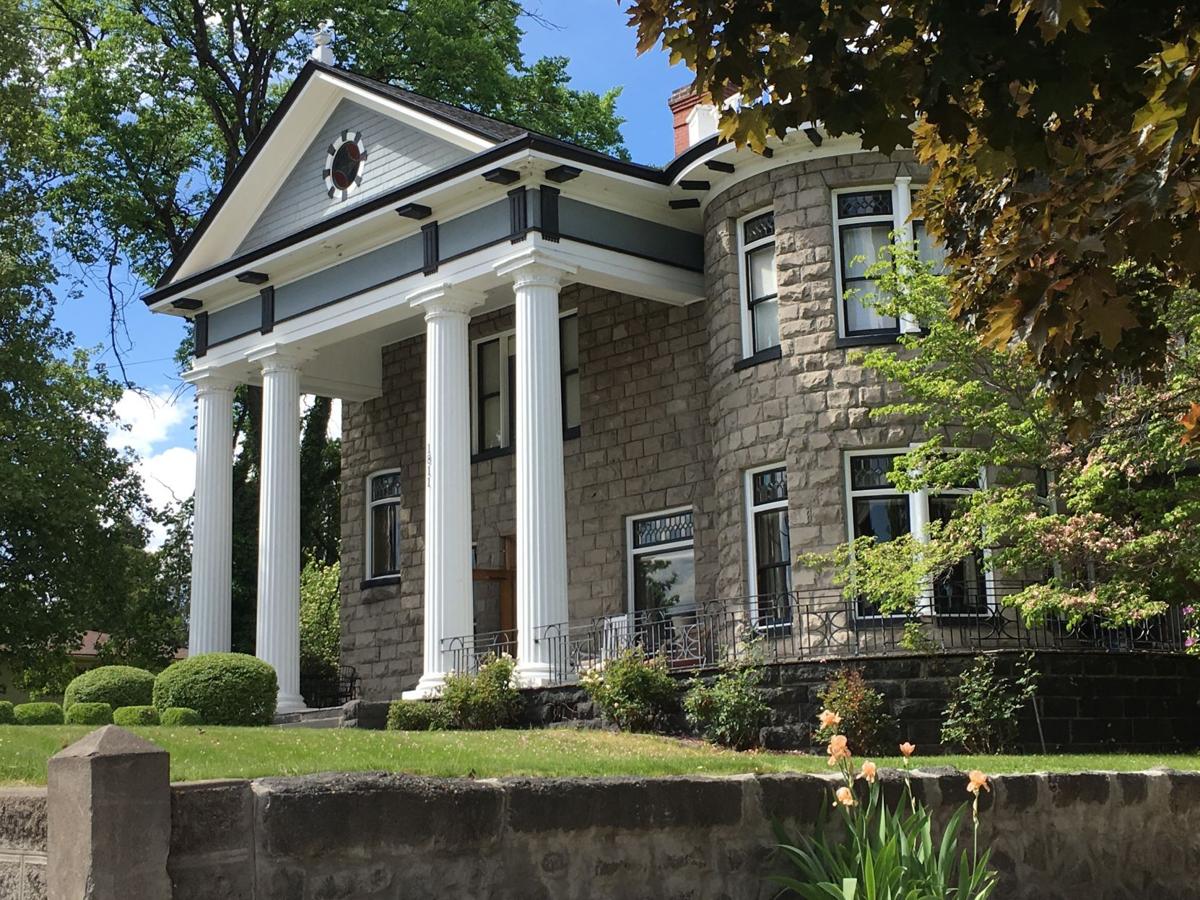 Clues can be as creative as counting the number of pillars at Rosedell to zero in on the target. 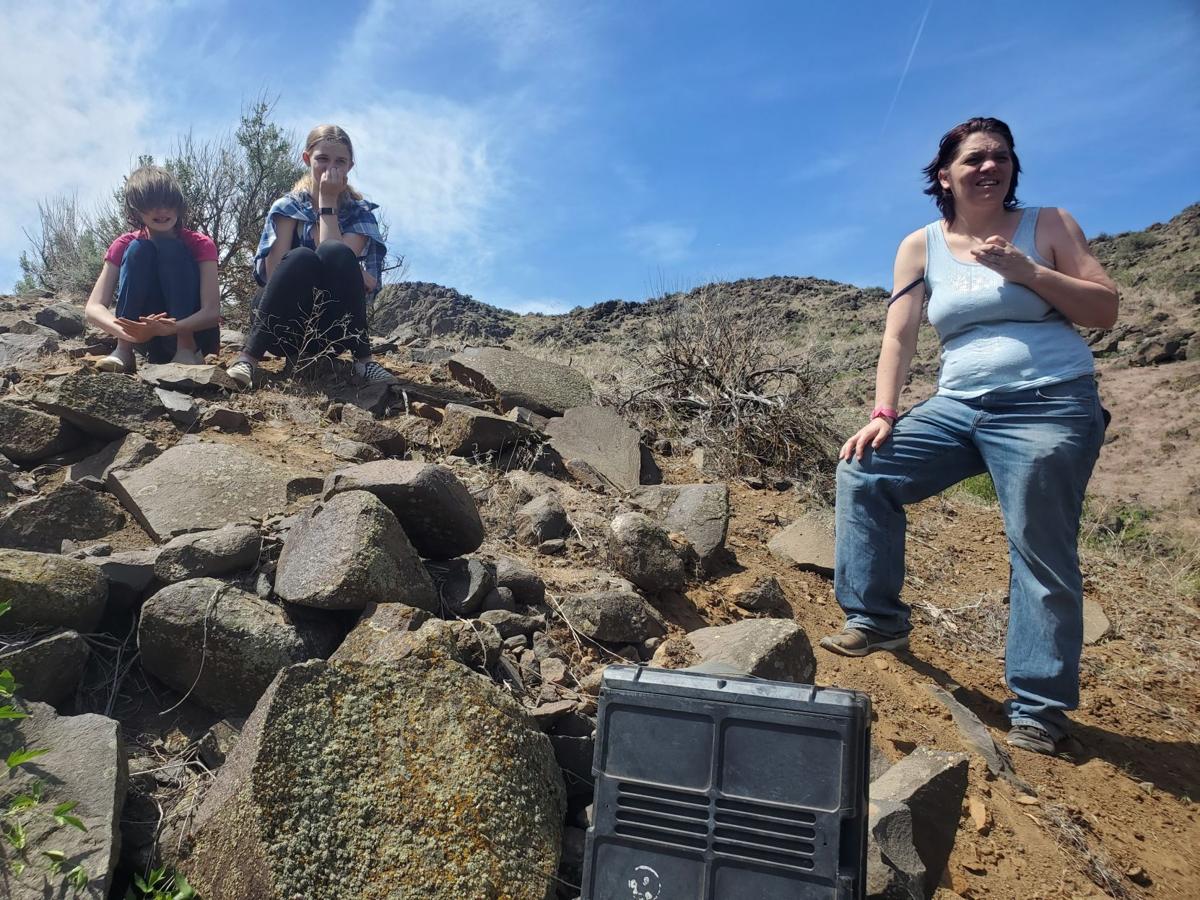 Among the draws for geocaching: It's a fun, active pastime for the whole family. 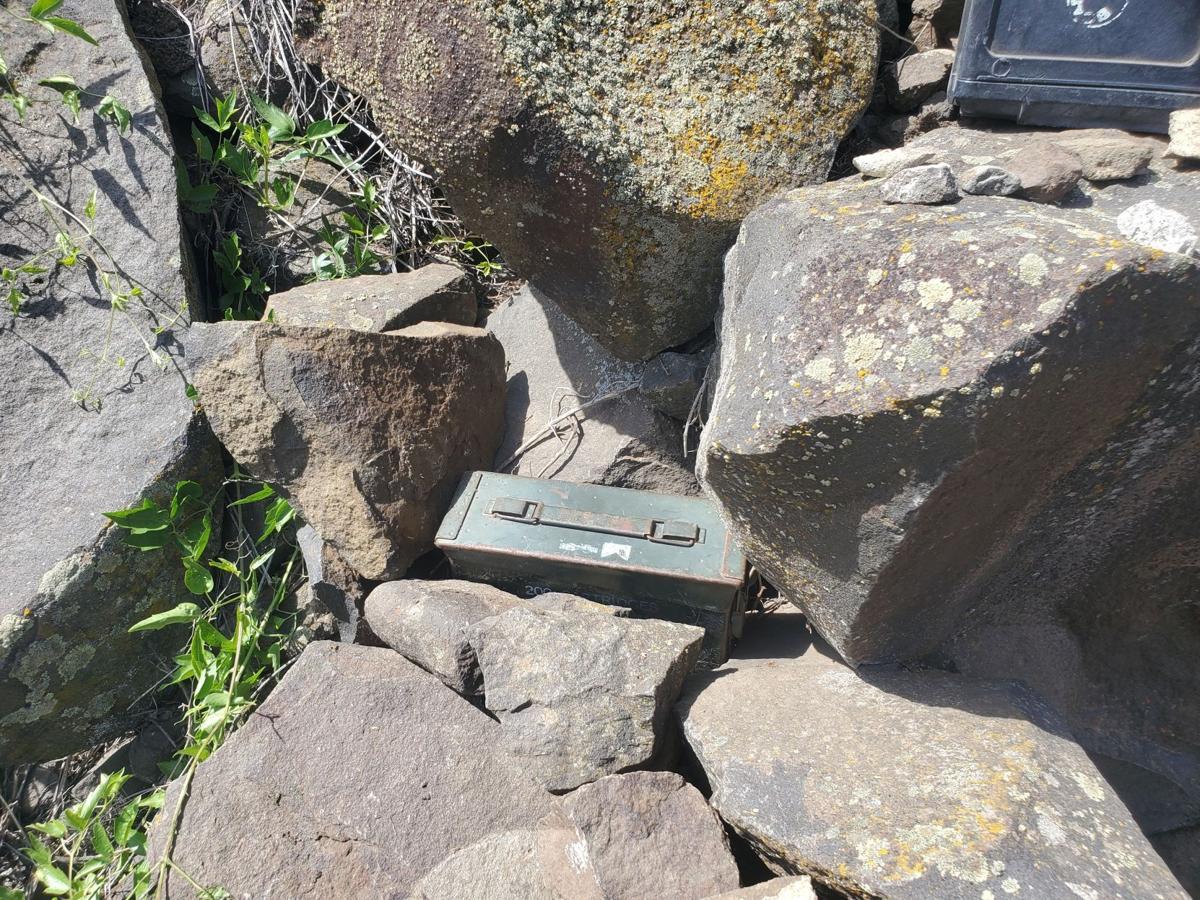 Part of the thrill is finding odd little things tucked in places few know about. 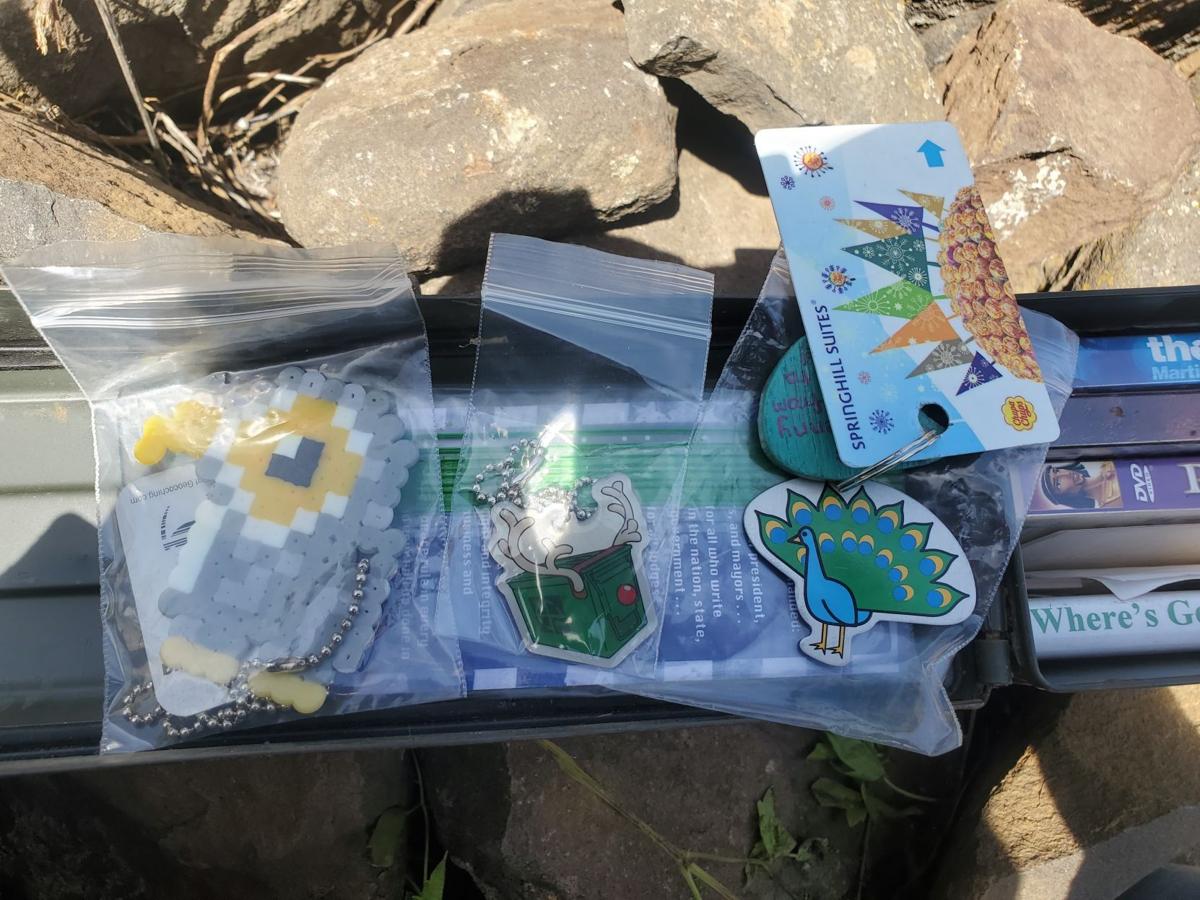 The treasures can be nearly anything. They might even be virtual -- like isolating the perfect spot to see a waterfall.

Geocachers like Lindsay Kooser enjoy getting out and taking precise readings on the world.

A simple container, such as an Altoids tin, could be used for a cache.

The author has discovered that she enjoys leaving no stone unturned.

Clues can be as creative as counting the number of pillars at Rosedell to zero in on the target.

Among the draws for geocaching: It's a fun, active pastime for the whole family.

Part of the thrill is finding odd little things tucked in places few know about.

The treasures can be nearly anything. They might even be virtual -- like isolating the perfect spot to see a waterfall.

Until a few weeks ago, I had never even heard of “geocaching.” Now, I think I may have a new hobby. What’s not to like about getting outdoors, challenging your brain with a puzzle and ultimately, emerging victorious with a hard-earned “treasure?”

Geocaching is an activity which involves using GPS to find — or hide — weather-resistant containers. The containers may be as small as a pillbox, containing only a tiny paper scroll or logbook which you can sign, on up to larger metal boxes holding trinkets such as inexpensive toys, interesting rocks, coins, DVDs or keychains.

The person who hides the container registers it online with a catchphrase and GPS coordinates that usually bring the seeker to within about 20 feet of the cache.

Since I am somewhat technologically challenged, my first foray into geocaching was guided by an expert: Lindsay Kooser of Yakima, owner of LK Technical Services, who has nearly 20 years of experience in the geocaching field.

Kooser was introduced to the pastime by a former co-worker and, he recalled, “I just kind of took to it and enjoyed it.”

To prepare for geocaching, I had already registered for a free phone app at www.geocaching.com, and entered “Yakima” as my location. Looking through some of the choices within a 10-mile radius, I found options ranging from “RR Bridge View” to “A River Runs Through” and “We Lava This Place!” My eye caught a heading of “Historic Homes,” which I wanted to try.

Kooser led the hunt to three historic homes: Rosedell, the H.M. Gilbert Homeplace and the Findery Floral and Gift shop (once known as the Carbonneau Castle). At each location, there was a clue to help determine the ultimate site of the cache: the number of pillars at Rosedell, a digit from the phone number at Gilbert and the number of green fence posts at the Findery all factored into the GPS location.

After finding the clue at the third home, we were off to a nearby parking lot to locate the cache: a “mini” container with a simple logbook. No prize here, but it was fun to actually find the stash and learn one of the secrets of how to search.

Kooser had selected two more caches to seek, with the unique names of “Sgtmac’s” and “Locked on Target.”

For the first cache, we drove to a residential neighborhood where a box was hidden outside of a home. The only clue was the word, “Sta-Rite.” Before long, I spotted the word on an object within plain sight. The cache inside was a box of small toys.

The second cache was near a local store, with lots of vegetation around. Using a trick I had learned earlier in the day, I found the cache inside a light pole cover. It was a “small” cache, with a few interesting stones and a tiny logbook inside.

As the afternoon was drawing to a close, Kooser decided to check on one of his own caches, which he had hidden nearby in a rocky field. Unfortunately, we couldn’t find it, probably because of some logging that had been done in the area. It underscored another important aspect of geocaching, Kooser said: Check on your caches periodically to make sure everything is in order.

There are many other caches to find throughout the Yakima Valley, the state and around the world. Geocaching actually began in Seattle in about 1997 with our area’s natural beauty offering many potential sites. Tutorials on YouTube claim that, with “millions of geocaches around the world,” this pastime is the “world’s largest treasure hunt.”

As the activity has developed and expanded over the years, caches have come to accommodate more and more individuals, including sites which are easily accessible to handicapped persons.

With a ban on including weapons, ammunition, drugs, alcohol or suggestive materials in caches, geocaching is also family-friendly. Kooser has gone geocaching with his grandchildren since they were quite young, he said, and “they had a blast.”

Sometimes a cache will be virtual, with no actual box to find, but rather a scenic view of a waterfall or mountains, for example. Other times, in addition to regular trinkets, there will be a “travel bug,” a trackable item that can be carried from cache to cache or transported in stages to a specific destination, Kooser said.

Geocaching enthusiasts occasionally get together in a gathering such as 2010’s GeoWoodstock VIII in Carnation, Washington. Kooser estimates that tens of thousands of attendees were present. Another event is scheduled for 2022 in Canada’s Fraser Valley.

For anyone who goes geocaching, there are just three basic rules once a cache is found:

Caches are rated according to difficulty of discovery and physical effort required to reach a site, making choices clearer. Often, you can find clues online in the description of a cache site, or even find a hint in comments from others who have visited the site.

The location of a cache may vary greatly, from inside a box mounted on a wall to hidden in a crevice in rocks to suspended from a string hanging from a branch. Kooser’s most unusual finds include a small pillbox hanging from fishing line attached to a storm drain grate and a log with a patch of bark stripped off, an indentation made to accommodate the cache and the bark reattached with Velcro.

Perhaps the most publicized cache which Kooser has seen was a large metal box, measuring about three feet deep and one and a half feet by four to six inches across. Hidden near Snoqualmie Pass, it was one of 14 boxes placed around the world in 2001 as a promotion for a new “Planet of the Apes” movie. Called an “APE cache,” it at one time contained an original prop from the film.

For the most difficult-to-find caches, scuba equipment or mountaineering skills might even be needed. Some geocachers reportedly like to carry metal detectors to zero in on the metal containers. A smartphone app or a device like Garmin may be used to search for the specific coordinates of the cache.

To access so-called “premium” caches and more advanced tracking features, some people advance beyond the free cellphone app and spend $30 each year to purchase a “premium” membership.

However, many quests are considerably simpler.

“Caches are everywhere,” Kooser said. “Frequently, you can just drive up to one. It’s something you can do casually, or some people really get into it.”

Armed with a pen and a small bag of trinkets, I’m ready to begin another search for hidden treasure.