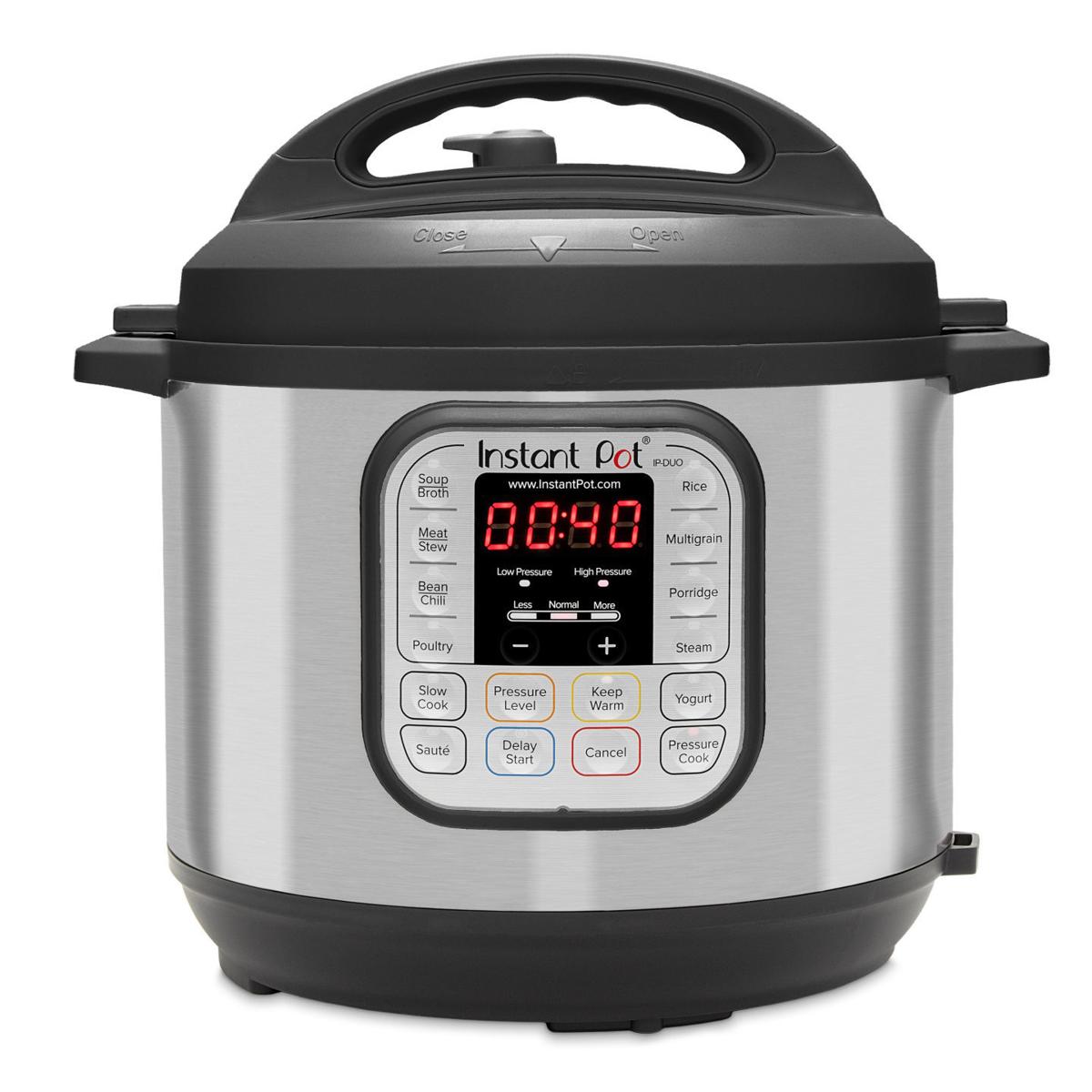 The Instant Pot Duo, which has been one of the most popular kitchen appliances for the past few years.   Instant Pot set Amazon Prime Day records in 2017 and 2018 with 300,000 units sold over 36 hours. 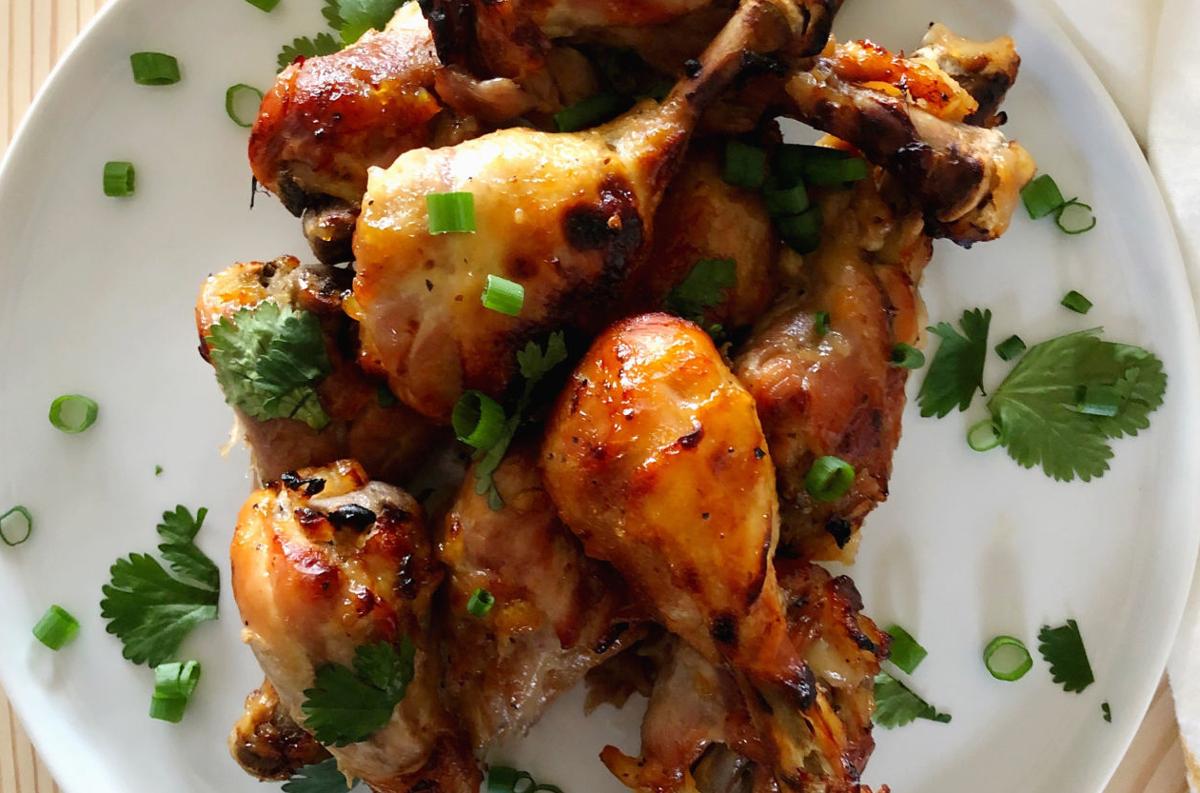 The Instant Pot Duo, which has been one of the most popular kitchen appliances for the past few years.   Instant Pot set Amazon Prime Day records in 2017 and 2018 with 300,000 units sold over 36 hours.

Unless you live in a cave or deep in the woods with no access to Amazon or Target, you’ve probably heard of the Instant Pot. This mighty little countertop appliance is a workhorse in the kitchen, acting as a pressure cooker, slow cooker, rice cooker, a saucepan and more — all packaged into one appliance.

Whether you enjoy cooking or not, the Instant Pot has taken the contemporary kitchen by storm. Men and women alike have found the multi-function appliance to be a game-changer for food prep and meal planning.

Because the Instant Pot has so many functions, you can make chicken for tacos, bone broth with leftover bones, rice for a casserole, hard boiled eggs and steel cut oats for breakfast — and that’s just getting started. Obviously, you can’t make all those items at once. But instead of dirtying multiple pots and pans, waiting for the stove to heat up and feeling tied to your kitchen waiting for food to cook, the Instant Pot allows you to set it and walk away.

The pressure cooker option on the Instant Pot is probably the most popular function. Varying cuts of meat (frozen or thawed) can be cooked quickly and efficiently. The steam created in pressure cooking keeps the meat tender while speeding up the cooking process.

With a quick Google search or scroll through Pinterest, you can find hundreds of Instant Pot recipes. The appliance comes with its own cookbook and the user manual includes multiple recipes to get even the most timid cook started.

The Instant Pot does have a few downsides, though. Its bulky size takes up prime counter and storage real estate. Also, you might already own one or two of the appliances it replaces, like a rice cooker or slow cooker. But probably the most serious complaint doesn’t have anything to do with the appliance itself, but with its marketing.

You’ll read recipes for perfect chicken in eight minutes or hard boiled eggs in four minutes. You’ll marvel at its near-magical cooking capabilities until it’s sitting on your counter and you realize the recipe didn’t take into account the 15 minutes it takes to heat to temperature and the additional 10 minutes after it’s finished cooking to release the steam. Actual cooking times are longer than most recipes indicate because the appliance has to warm up and cool down before you can access the food.

But despite all that, the Instant Pot is a fun kitchen device. I bought mine on a whim a few summers ago and use it just about every week. I often throw chicken breasts or a pork loin roast into it with a jar of salsa or barbecue sauce for an easy protein for meals on the go. The meat cooks quickly and I can shred it with two forks. We make tacos, wraps and simple casseroles with the cooked protein.

Try these easy chicken drumsticks. They’re glazed in a delicious citrus marinade with just a hint of heat and cooked in the Instant Pot until they’re tender and cooked through. A few minutes in the oven to turn them crispy and a deep golden brown is the final touch on this delicious recipe.

Transfer mixture to bowl of Instant Pot that has been sprayed with cooking spray. Cover cooker with lid and lock in place. Set to manual high pressure for 15 minutes. (Remember it will take additional time for the cooker to come to pressure).

When timer goes off, release steam and carefully remove lid. Remove chicken and place on a foil-lined baking sheet. Turn Instant Pot to sauté setting. In a small bowl, combine cornstarch and water and add it to the remaining marinade. Whisk until combined and the mixture thickens, about 2 to 3 minutes. Turn Instant Pot off.

Set your oven to broil. Stir remaining 1/4 cup marmalade and tablespoon lime juice into thickened marinade. Using a spoon, drizzle the marinade liberally over the chicken. Broil for 10 to 12 minutes total, making sure to rotate the chicken halfway through cooking time so both sides turn golden brown and crispy.

Remove from oven and transfer chicken to serving platter. Garnish with cilantro and green onion and an additional pinch of red pepper flakes (optional of course). Serve with leftover marinade as a dipping sauce.