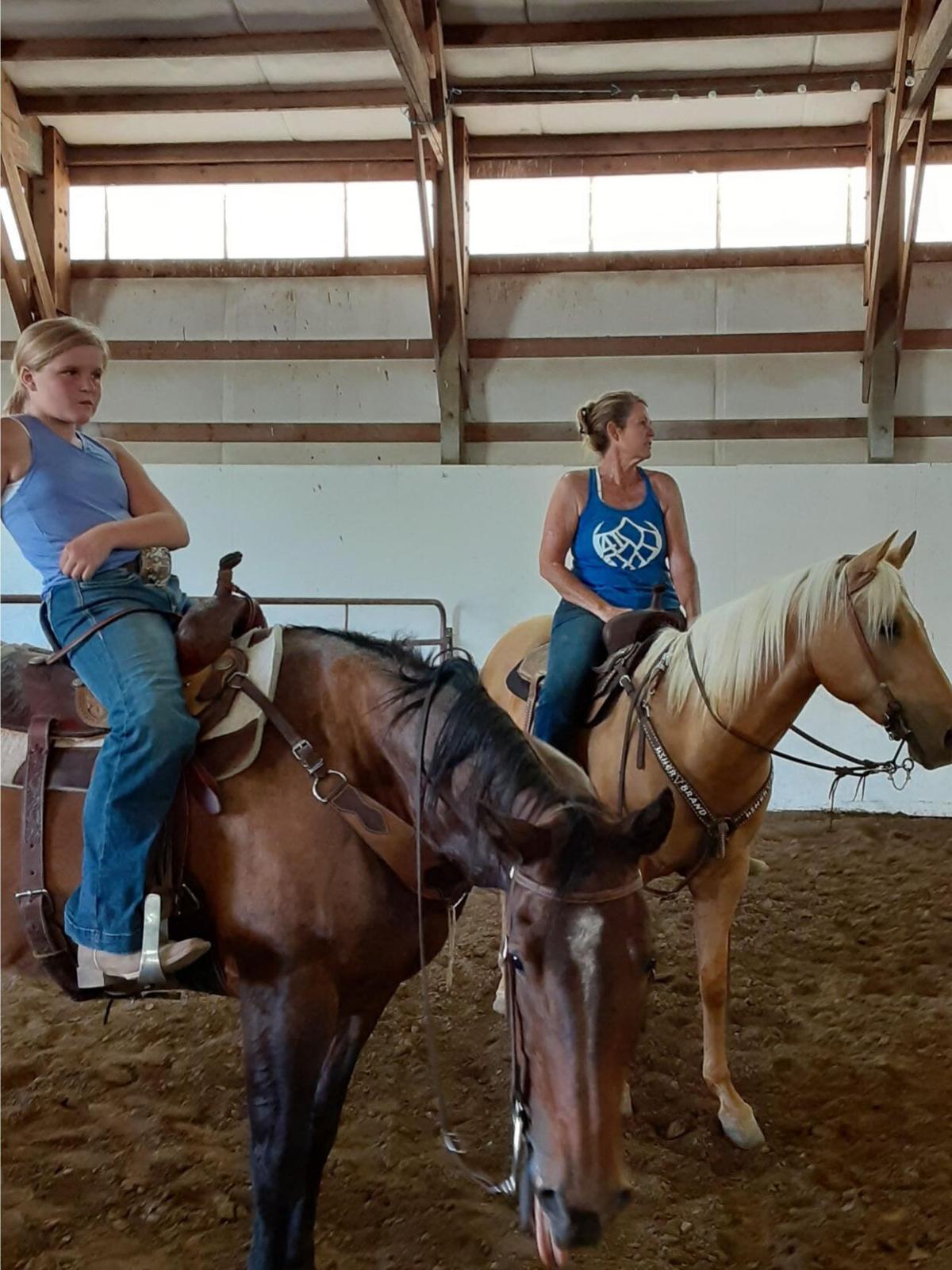 Liz Martinez, right, has always loved riding horses. Now, with her Black Rock Arena up and running in the East Valley, she's able to pass along that joy to others. 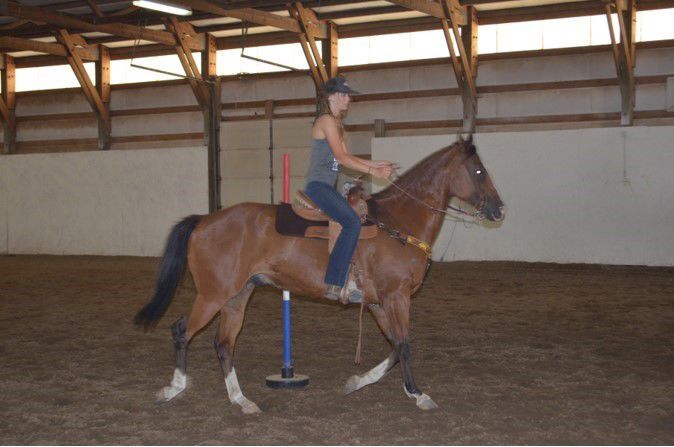 Fifteen-year-old Kylie Tolman of Grandview has been taking lessons from Liz Martinez at Black Rock Arena for a couple of months. 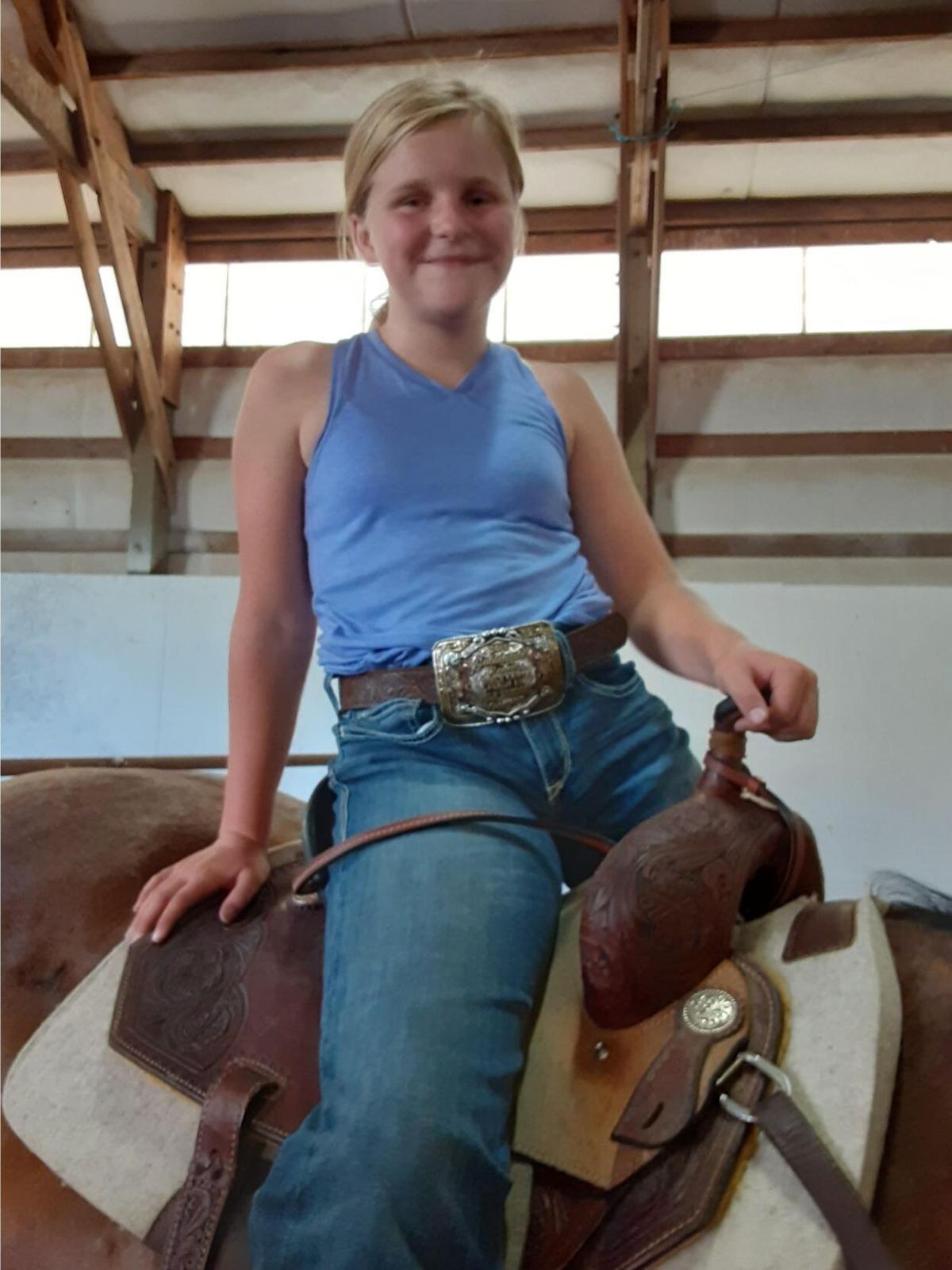 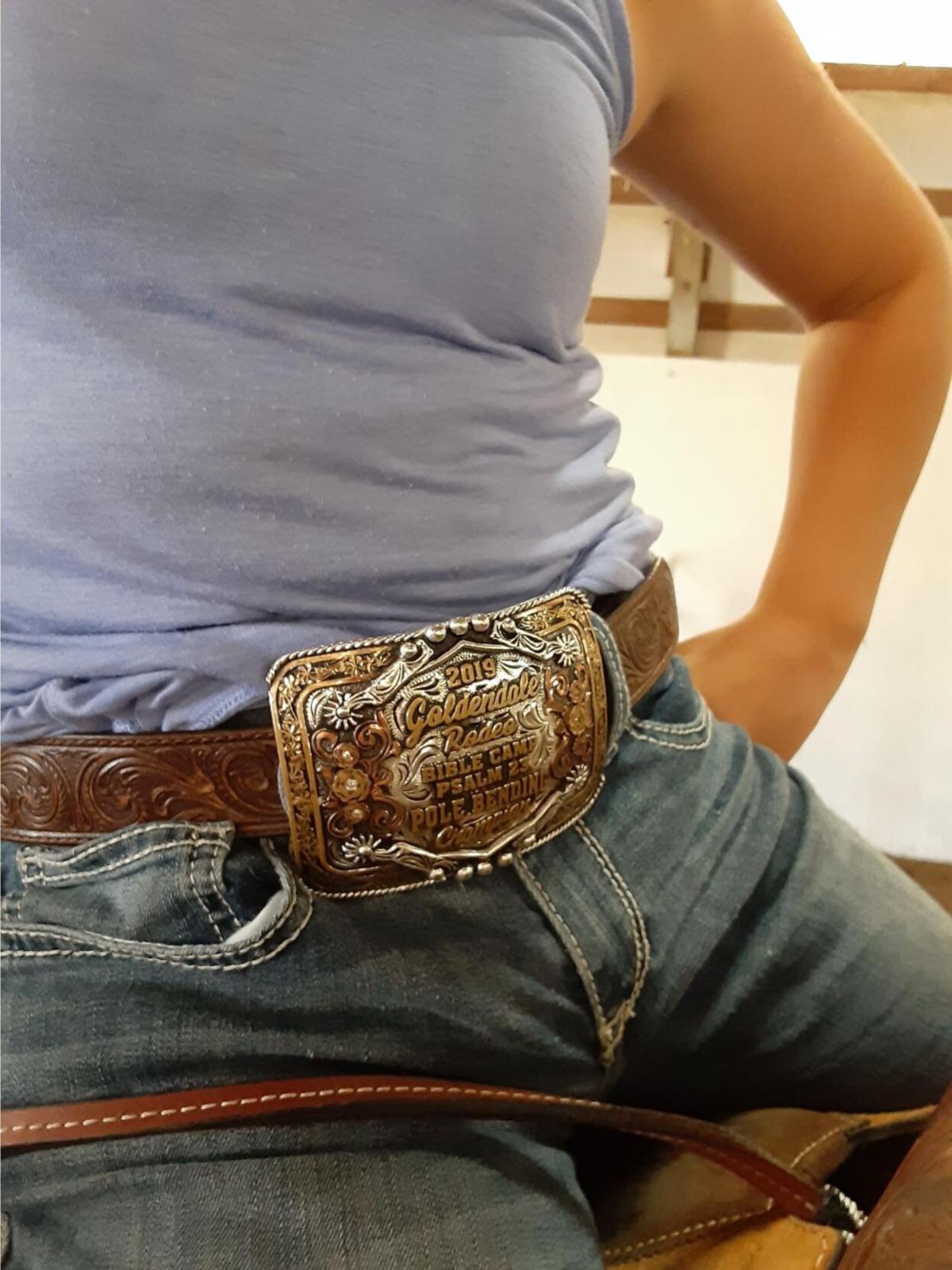 Liz Martinez, right, has always loved riding horses. Now, with her Black Rock Arena up and running in the East Valley, she's able to pass along that joy to others.

Fifteen-year-old Kylie Tolman of Grandview has been taking lessons from Liz Martinez at Black Rock Arena for a couple of months.

Liz Martinez’s mother was terrified of horses and forbade her to be around them. Ever.

But as many mothers of young daughters know, that’s a sure-fire way to get a kid to do something — of course Martinez found a way to indulge her lifelong love of the animals. She sneaked off to a neighbor’s to clean stalls and was paid with horse riding lessons.

Now, decades and a nursing career later, Martinez is herself giving joy to those who just want to ride. She and husband Simon purchased an unused arena 15 miles east of Yakima and these days it is a spot to see happy young beginners, those needing to sharpen their riding skills and the fast-paced fun of barrel racing.

Black Rock Arena opened for business about six months ago following half a year of renovation. According to Martinez, the couple reworked the large indoor arena, rebuilt pens and installed a new, lighted 150-foot-by-250-foot outdoor arena.

Horse owners who board their mounts at Black Rock also get full use of the facility. Other offerings include private lessons as well as clinics with a well-known National Finals Rodeo contestant. And of course, the races.

“I’m a dreamer,” Martinez said. “Right now I am focusing on holding barrel races, but I would like to get other events also. What I really hope for is a big event like a qualifier for the American.” The American Rodeo, held in March at AT&T Stadium in Arlington, Texas, is the country’s highest paying rodeo and includes events ranging from roping, saddle bronc and bull riding to Martinez’s event — barrel racing.

Contestants can take several trails to enter the American, including competing at sanctioned qualifying events held throughout the year. Martinez hopes to eventually meet the criteria set by the Better Barrel Races Association and hold such American qualifiers. The 20 or so events she has already sponsored were well attended, averaging about 75 and hosting up to 130 people at a race.

Martinez still races herself and her own practice sessions often include other local barrel racers including daughter Bonnie Robertson.

“The sport evolved out of women needing something to do,” Martinez said. “Rodeo came from competitive working ranchers who needed an outlet. And there were no events for women so barrel racing started,” she added. Originally a way to include pretty girls in the festivities, barrel racers were judged on beauty, attire and horsemanship. It quickly became an exciting part of most rodeos, where riders on specialized horses run hell-bent-for-leather in a cloverleaf pattern around three barrels with the fastest time taking the prize. However, barrel racing is still not a PRCA-sanctioned event. It is sponsored and sanctioned by the Women’s Professional Rodeo Association.

“We are a lot of fun out here at Black Rock,” Martinez said with a smile. “We are easy to get along with, have really reasonable rates, and are available for tours.”

Her goal is to be a place for riders needing help to get it and “bring back a place for people to just have fun with their horses. For a lay person not born into this or with a generational connection, it is difficult to find somewhere for kids to train and learn.” According to Martinez, facilities such as hers are few and far between in these parts because it is a very large investment and because of concerns over potential liability.

“Horseback riding and rodeo are considered a high-risk participation sport and fall under the inherent risk law,” Martinez said. “That basically means that if you are participating in it you assume all of the risk. We also have anyone who participates sign a liability waiver.”

Acceptance of the risks involved is not the only requirement for doing business with Martinez, though.

“I insist on a new owner taking some lessons if I sell a horse,” Martinez explained. “I want them to see what I have been doing with the animal.”

Besides producing barrel races, giving lessons, and boarding, Martinez said she does some brokerage of finding the right horse for a buyer. During her younger years living in Wyoming and California, she grew her way into the cowhand world by working with cutting horse trainers, breaking and training colts and eventually falling in love with barrel racing. By many accounts, Martinez is as good at training riders as she is horses.

“We were at a rodeo with our girls and as Liz walked by an old cowboy said to me ‘Now that is a hand,’ ” Bobbi Tolman recalled. The Grandview woman hauls her daughters and their horses to Black Rock twice a week for lessons.

On a recent Thursday, the two were practicing pole bending on their horses, 16-year-old Derby and 19-year-old Trixie. “At the rodeo Liz took (my daughter) Jenna under her wing and they bonded,” Tolman said. “Then the girls came to a clinic here and began lessons. She has taught them so much in just a short time.”

Throughout the lesson, Martinez, who was riding a horse also in training, kept up a calm banter with the horse and her human students. They’d taken the lesson inside the immaculate indoor arena to escape the sweltering heat of a Yakima Valley July.

Martinez’s innate horse sense and trained eye picked up on every movement of horse and rider. She’s a pro at giving instructions that make sense to experienced and novice riders alike.

After Kylie Tolman, 15, walked Derby through a series on the poles, Martinez asked “Want to bust one out?” After a nod and a “Get on it!” Kylie and Derby pushed out a run that put a smile on the teen’s face. Her teacher’s response was an instruction to rest and “put some love on your horse” while little sister Jenna pointed out the good features of the run.

“I am getting a better connection with my horse,” Jenna said. That connection is key to running a horse in rodeo events, according to Martinez. “And,” Kylie added, “the lessons are making our ride easier for him and for me.” That result is the first step on the path that Martinez has set out for her students.

“I am in this to provide a place for those who need it to get help,” she said. “I want them to be the best they can be while there are training with me.”