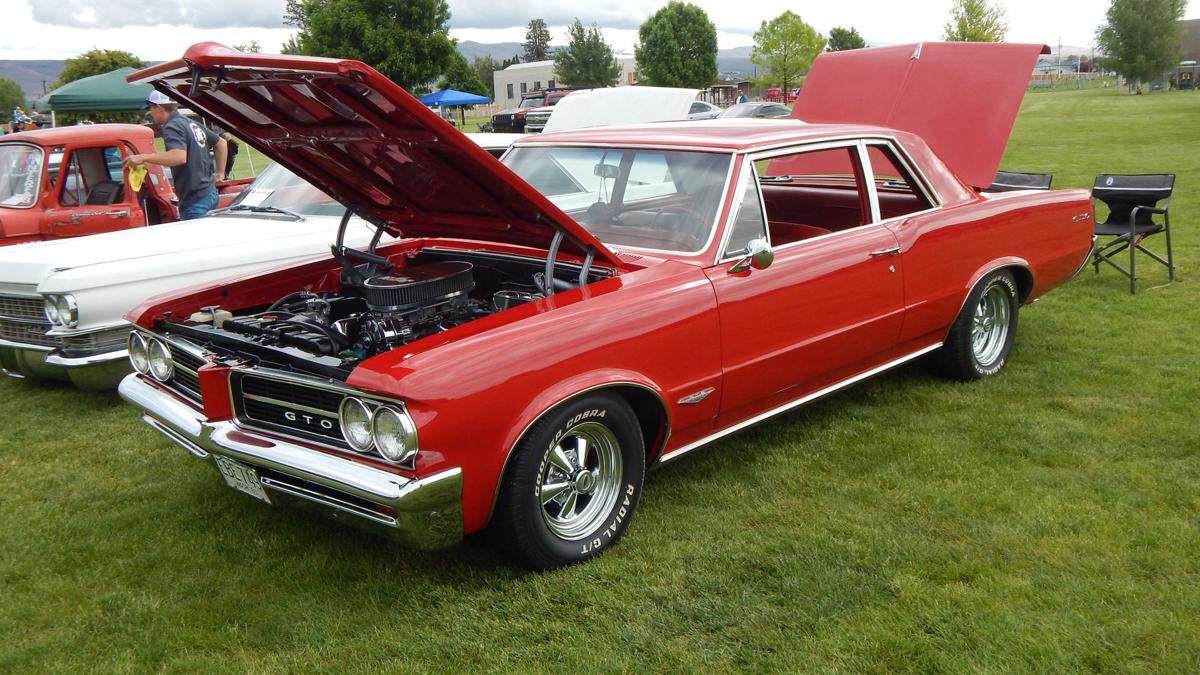 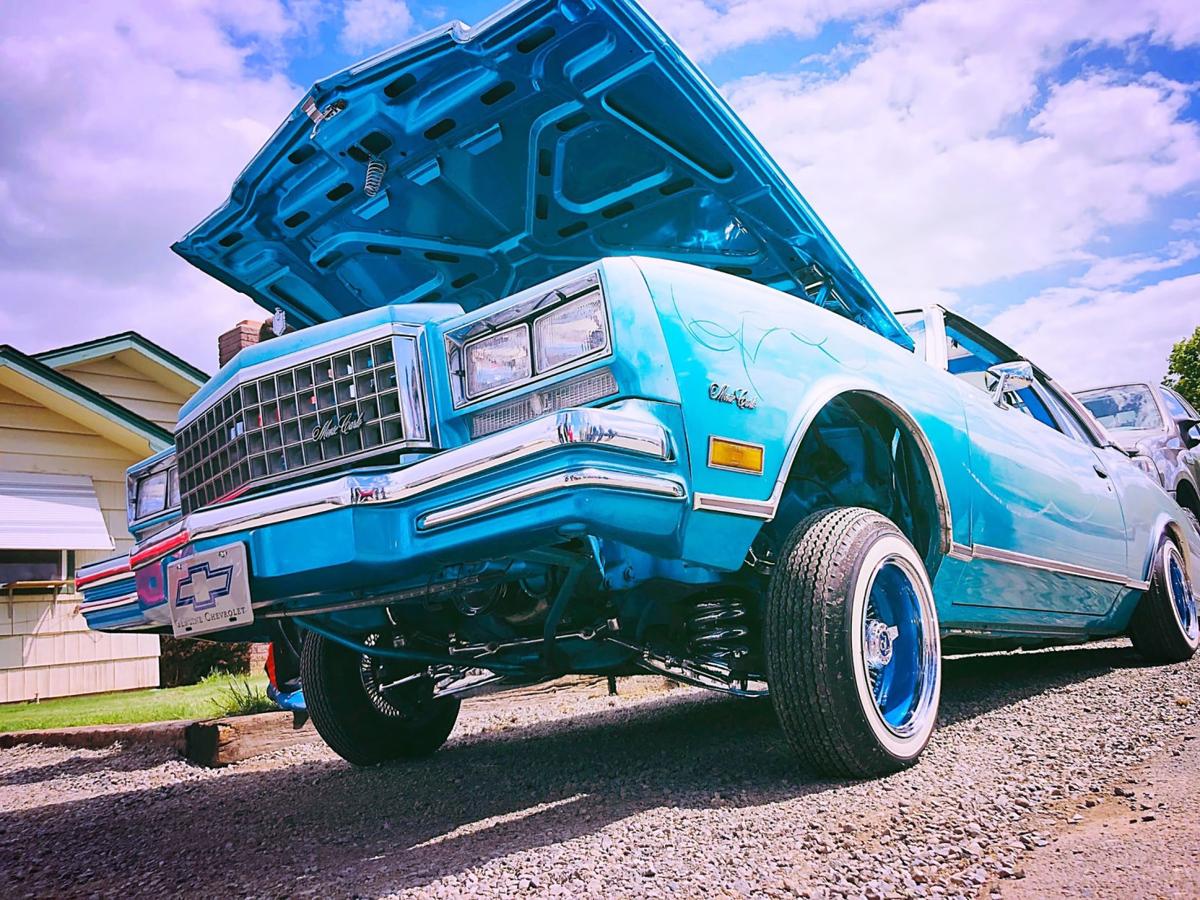 A 1979 Monte Carlo with a 350 that Shaun Kroeger of the Lowcos Club rebuilt. Add some new chrome and gaskets - and you've got a lowrider. 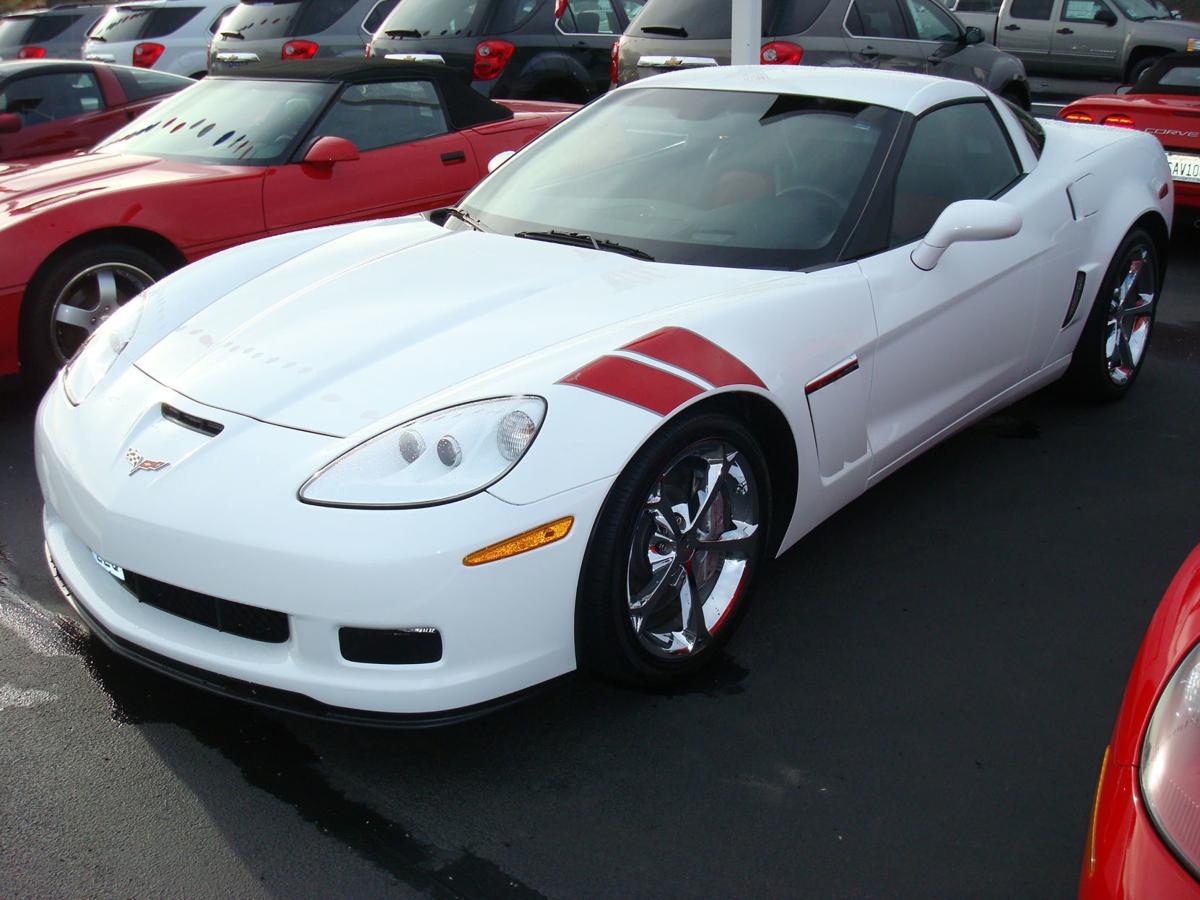 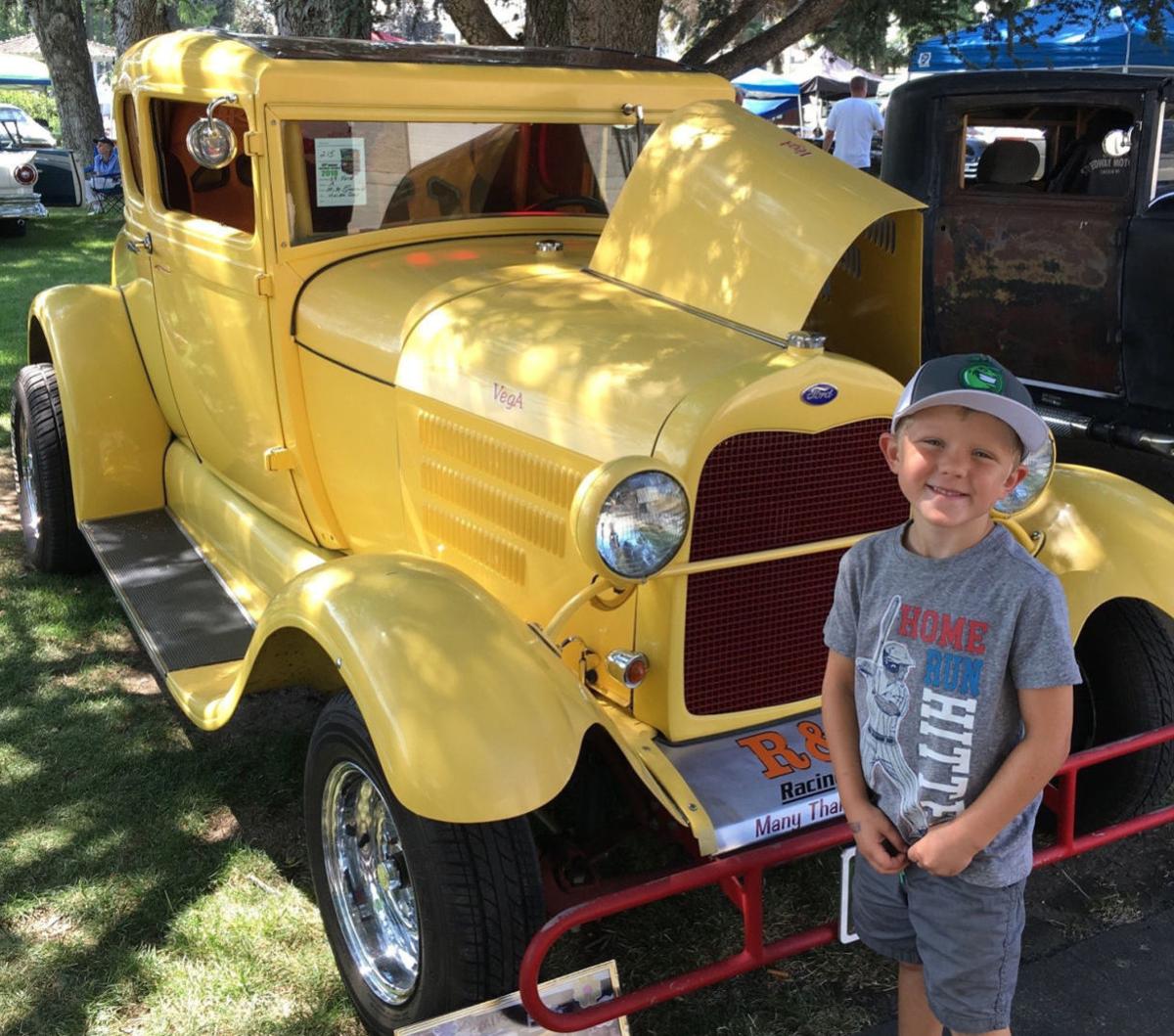 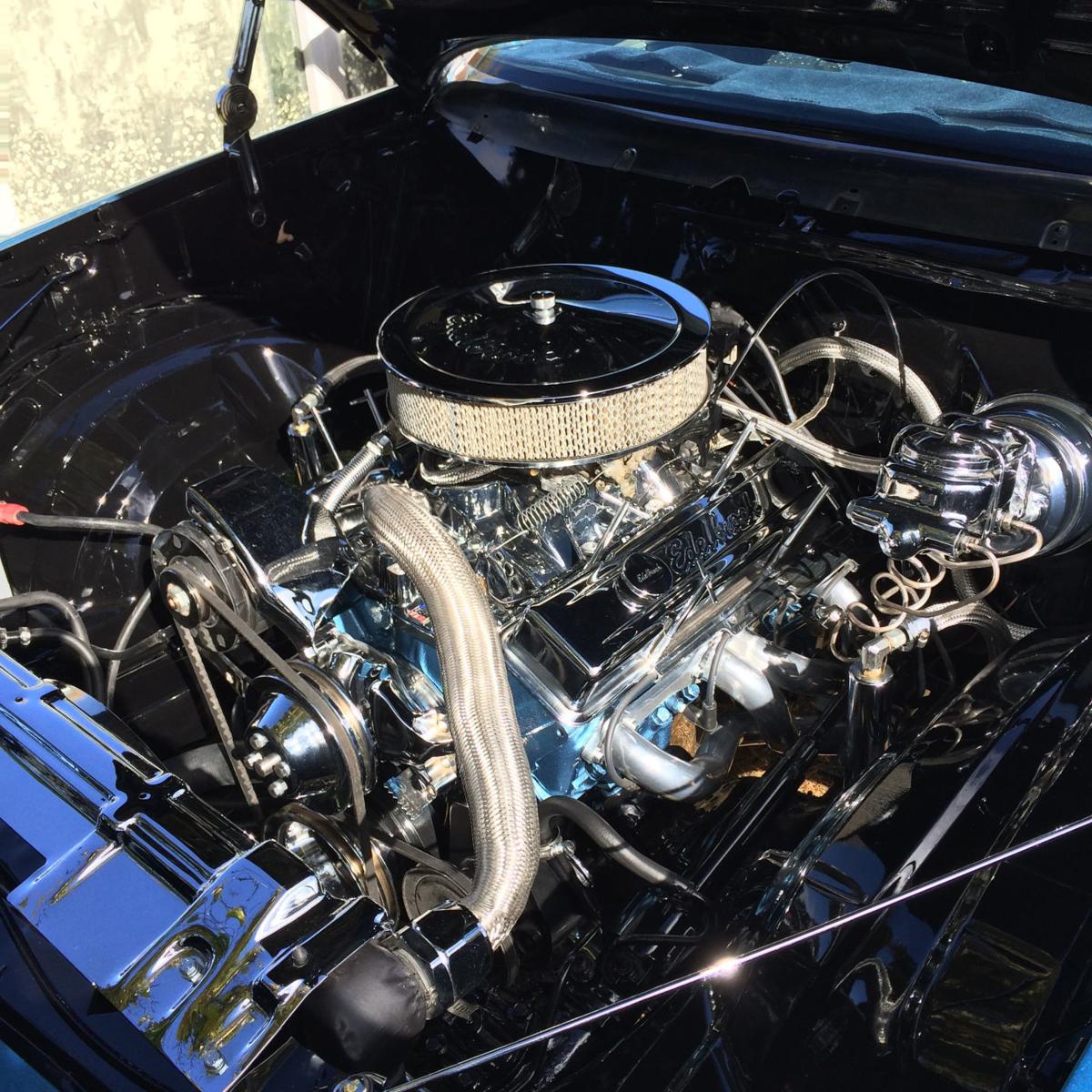 A lowrider engine. They don't make 'em like this anymore. Gearheads love the older cars because there's tons of room in the engine compartment and they're easy to work on. 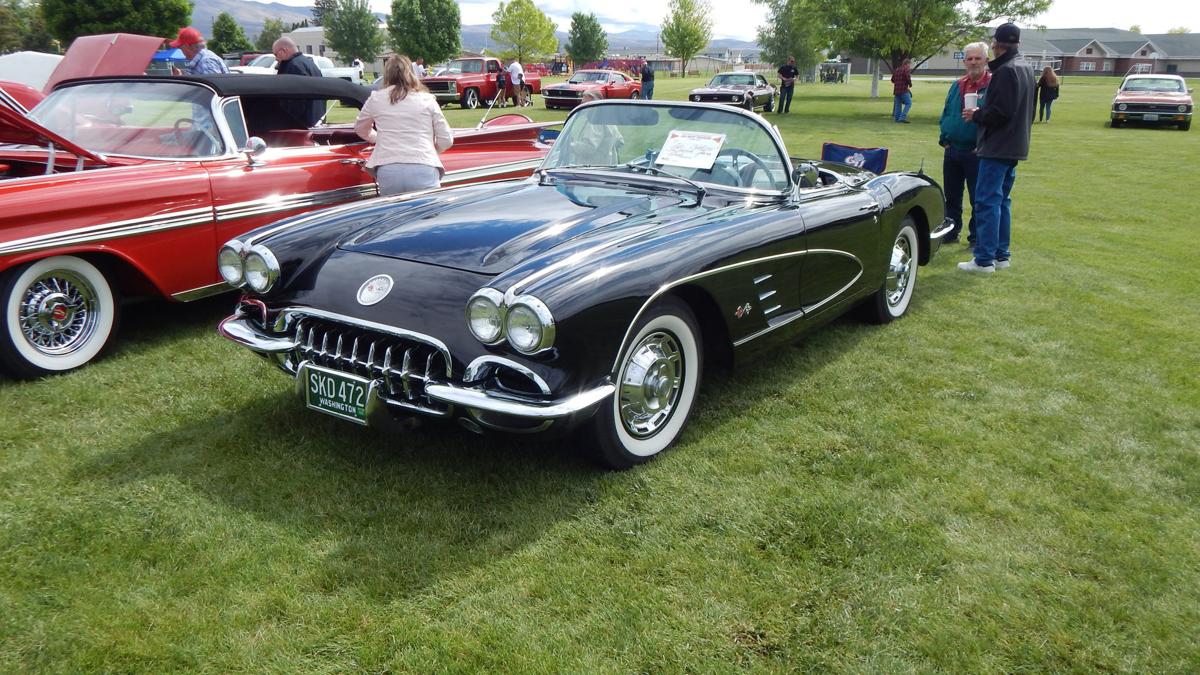 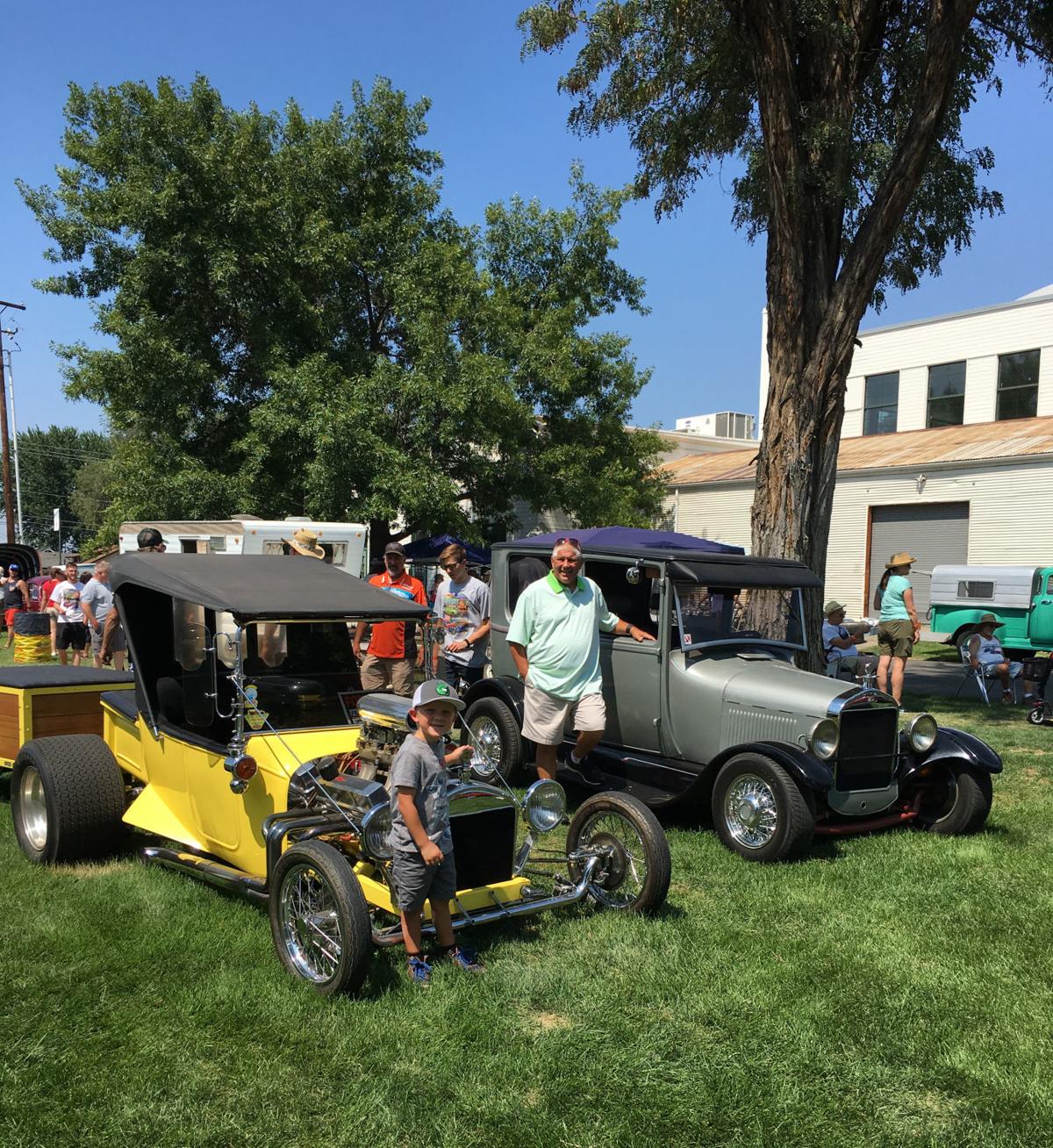 The annual Vintiques show at the Fairgrounds is a great place to take the family.

A 1979 Monte Carlo with a 350 that Shaun Kroeger of the Lowcos Club rebuilt. Add some new chrome and gaskets - and you've got a lowrider.

A lowrider engine. They don't make 'em like this anymore. Gearheads love the older cars because there's tons of room in the engine compartment and they're easy to work on.

The annual Vintiques show at the Fairgrounds is a great place to take the family.

“I went from handlebars to cars and now I belong to a great group that all love cars and use them to bring the community together,” said Shaun Kroeger, vice president of Yakima’s Lowcos Car Club. Kroeger was an early member of the group, founded about a decade ago. Lowcos members drive lowrider cars, which refers to a specific style of custom vehicle. The Lowcos gather nearly every weekend to work on their cars, Kroeger explained. They’re also involved in car shows, charity toy drives, local Christmas parades, and, of course, cruises.

The Yakima Valley Corvette Club holds rallies, cruise nights, wine runs and car shows. Their Vette-A-Bration, held each June at Sarg Hubbard Park, includes Show and Shine, open to the public, as well as dragging at Renegade Raceway, laps at the Yakima Speedway, a pizza feed and cruise night.

“The Yakima car culture is a positive environment of folks who appreciate cars and respect fellow car enthusiasts. We do a lot for the community,” said president Brent Hodson. “Anyone who loves Vettes can come out and enjoy and participate.” He said the Valley is unique as a smaller region where people get to know each other and take notice of those who help out the community. Rod’s House, North Star Lodge, Yakima Humane Society, and the Veterans of Foreign Wars are among the local charities that benefit from their fundraisers.

In 1988 the community saw the establishment of the Mopars Unlimited of Yakima. A Mopar is a 1960’s to early 70’s Chrysler, Dodge, Fiat, Jeep, or Ram vehicle. They are the muscle cars seen in parades around the Valley. Some of their 30-plus members will be taking part in cruises while they wait on the status of their annual mid-June car show, which is open to “anything and everything, including motorcycles,” said vice president Butch Jarvis. Many of these events are on hold.

Also popular is the Sun Country Mustang Club, founded around 1991. Past president Dave Mitts has loved Mustangs his entire life. He is one of about 80 members of the group and besides car shows and cruise nights, they run a coffee stop, providing refreshments to travelers at Indian John Hill rest stop in exchange for donations. They also raise funds for Camp Primetime, and scholarships for the Yakima Valley College automotive program. Past adventures include a chartered bus tour to a Tacoma car show that featured the “Bullitt car,” a 1968 Mustang made famous by a Steve McQueen movie. “We are for car lovers, for people who have a car and want to get out in it,” said Mitts.

Getting out in a great car is exactly the point of American Reflections Car Club. It consists of about 25 families who are interested in American-made or partially American-made classic cars. Members don’t all necessarily own classic cars, but club liaison Pickard explained that “if you are proud of what you drive, come on out to our show and we will help you show it off.” The club’s annual show would normally be held at Moxee City Park in mid-May, but like most events this spring and early summer, it’s on hold until further notice.

“We are a “people” club first off, and are into cars secondarily,” Pickard said. “We are usually one of the first shows of the season in the area and we try to make it the best and set the standard. Then we like to go and help Vintiques and the other shows as well,” he added. “There are a lot of classic cars around here.”

Historically, classic cars in the Yakima Valley meant Vintiques. The club, which has hosted the Vintiques Northwest Nationals since 1974, also donates more than $10,000 every year to local charities like Operation Harvest and the YVC automotive program. There are no prerequisites for club membership other than a joining fee, but to enter the nationals show a car must be vintage 1972 or older. Club president Art Reis said the 2020 show, scheduled to be held in early August at Yakima’s State Fair Park, is currently on hold. The popular event features hundreds of vehicles parked around the fairgrounds as well as activities inside the Sundome.

“Almost everyone can relate to cars,” Reis pointed out. “Especially for the older generations, some of our fondest memories as a kid are riding in grandpa’s car or the cool guy down the street who had a fast car. And Yakima is primed for great car culture because with our sunshine and drier climate the old ones don’t rust,” he added.

Besides the local shows, a fun way to view Yakima’s car culture is the cruises. Dick Shill is the spokesman for a new venture, Friday Night Cruise Fruitvale Boulevard. According to Shill, all cars and bikes are welcome to the events which will run weekly from 6-9 p.m. through September, start date TBD.

“I grew up cruisin’ the gut,” Shill explained about his childhood in Longview. “A lot of people, young and old alike, who don’t go to car shows will go to an evening cruise down the avenue,” he said. Yakima Avenue may also see a return of cruisin’. The clubs are planning a twice-a-month Saturday evening cruise from the YMCA to Caffe 11th Avenue. An every-other-Wednesday cruise has also been organized and will run from 5-7 p.m. throughout the summer at various restaurants and drive-ins in Yakima, Union Gap, and Selah A schedule may be found at americanreflections.blogspot.com. Selah cruise night returns this summer as well and runs down Main Street from around the high school to Kings Row Drive In every other Saturday. All area cruises, shows, and runs are listed on the site.

For the younger set, instead of memories, maybe it’s the shiny chrome, the purr of the motor, or the smell of the leather interior. Although each Yakima car club is unique in its way and has different criteria for membership, they also overlap with plenty of Valley residents belonging to more than one club and the groups supporting each other’s activities. Representatives for each of the clubs explained that their groups are community minded and family oriented. They also stressed that good behavior is expected and required at all events because, in Yakima, car culture is about the appreciation of great cars — while having some good clean fun.

Editor's note: A reference to a Yakima Avenue cruise location has been revised.

Want to Cruise the Ave?

Yakimavalleyvettes.com is the site for events and membership information on the Yakima Valley Corvette Club.

Sun Country Mustang Club meets the fourth Wednesday of the month at 7 p.m. at Magics Pizza in Selah. Members must own either a Mustang or a Cougar. See suncountrymustang.com.

Vintiques of Yakima Car Club meets the first Thursday of the monthly at 7 p.m. at Round Table Pizza. See vintiques.com.

Mopars Unlimited of Yakima meets at 6:30 p.m. on the second Tuesday of the month at Magic’s Pizza Shack in Selah. Mopars are usually muscle cars produced by Chrysler, Dodge, and Plymouth in the 1960’s and early 1970’s. It now commonly refers to vehicles produced by Chrysler. Find the group on Facebook.