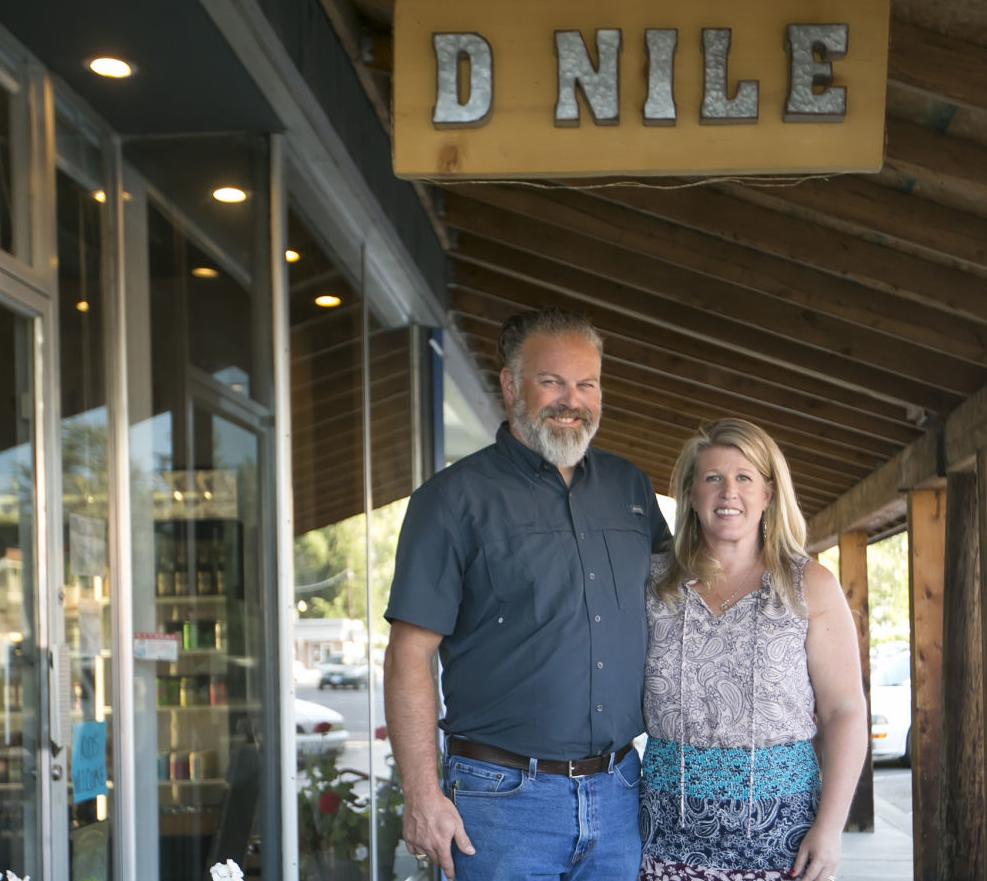 Trent and Christa Degnan stand outside the D’Nile Tap House in Naches. 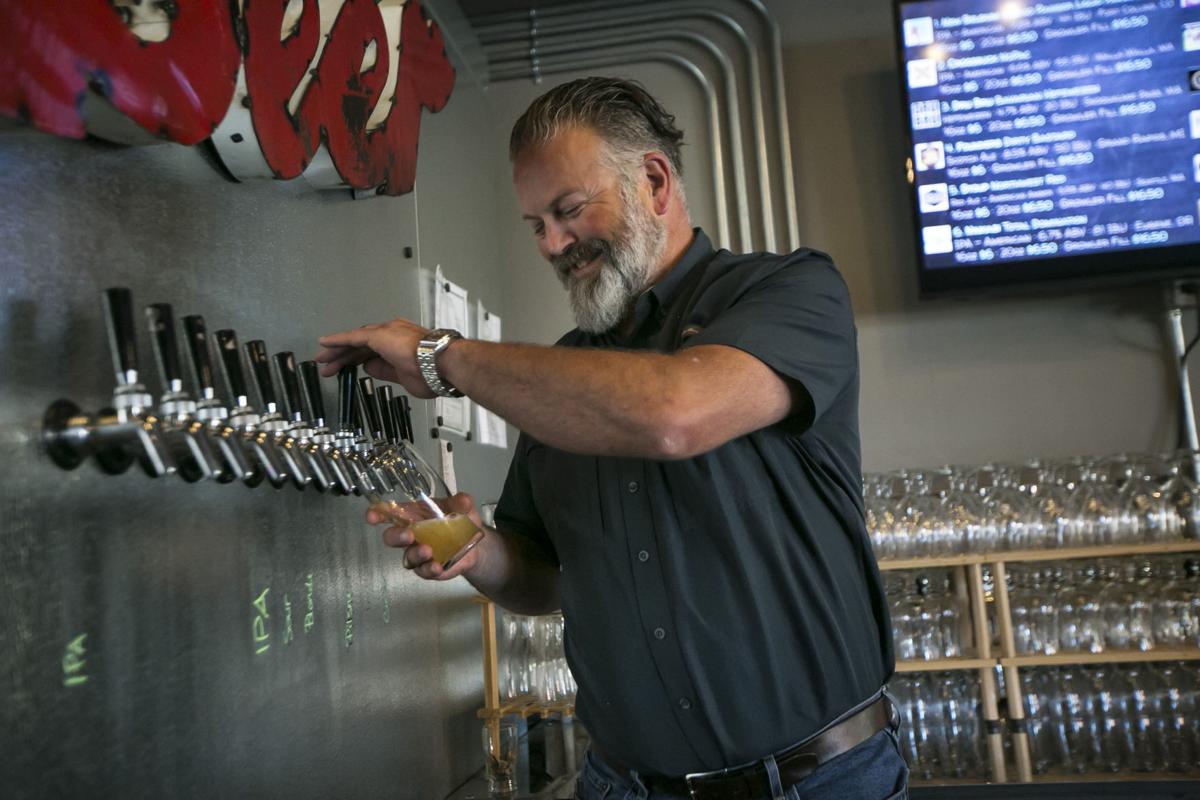 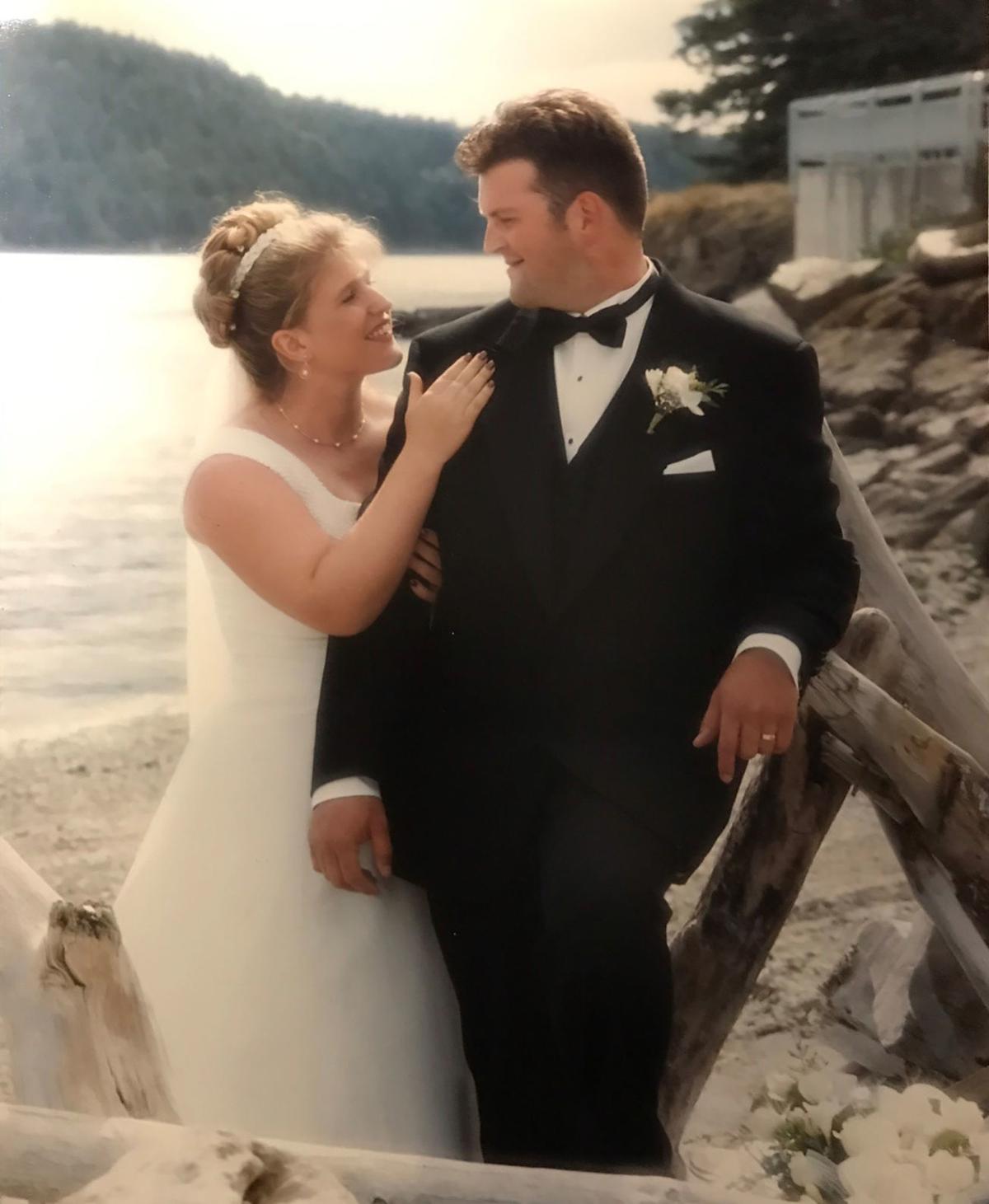 Trent and Christa on their wedding day in 2000. 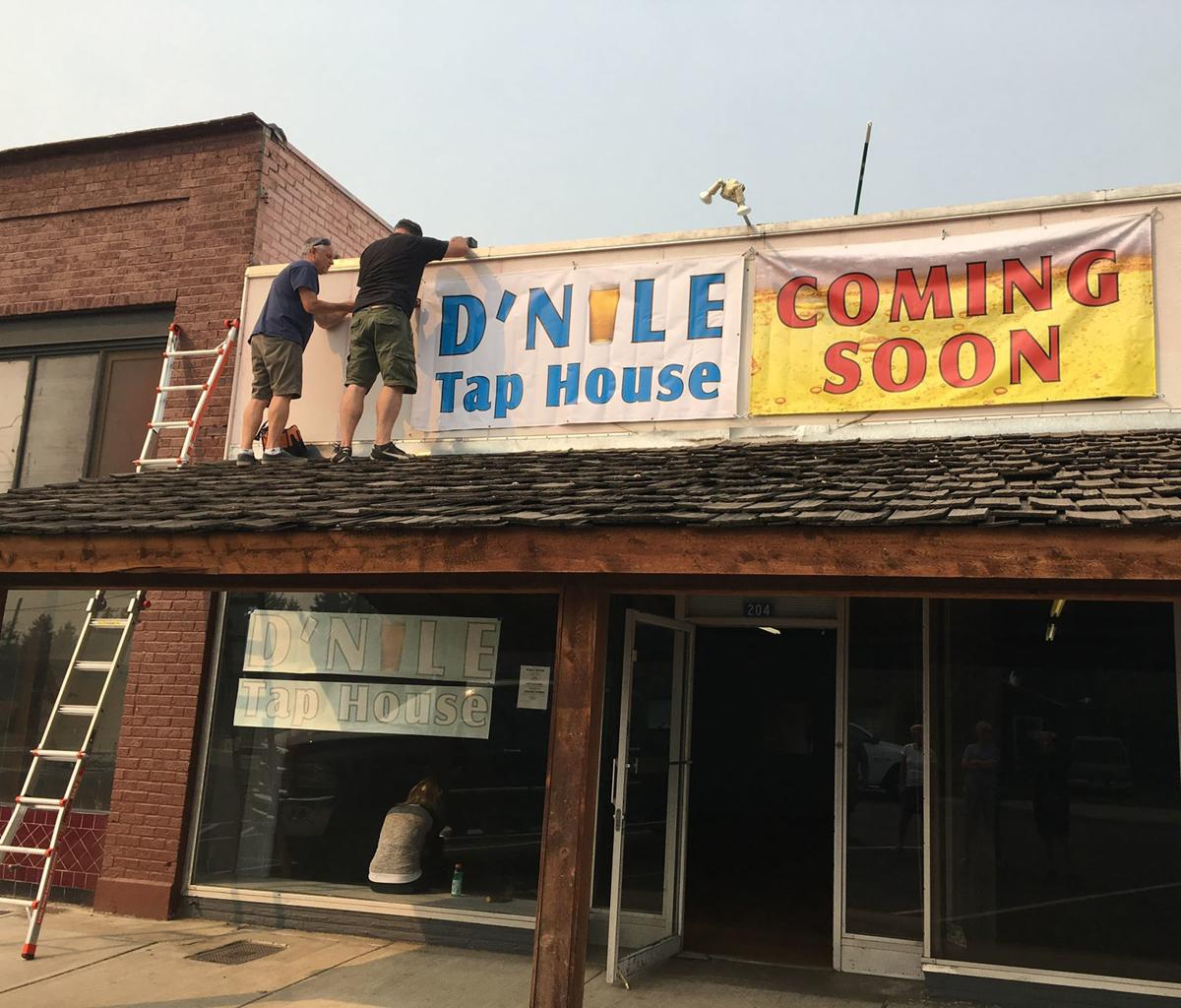 After they fell in love with the historic building, they packed up and moved from the West Side in 2016 and immediately began remodeling. They opened the doors in January of 2017. 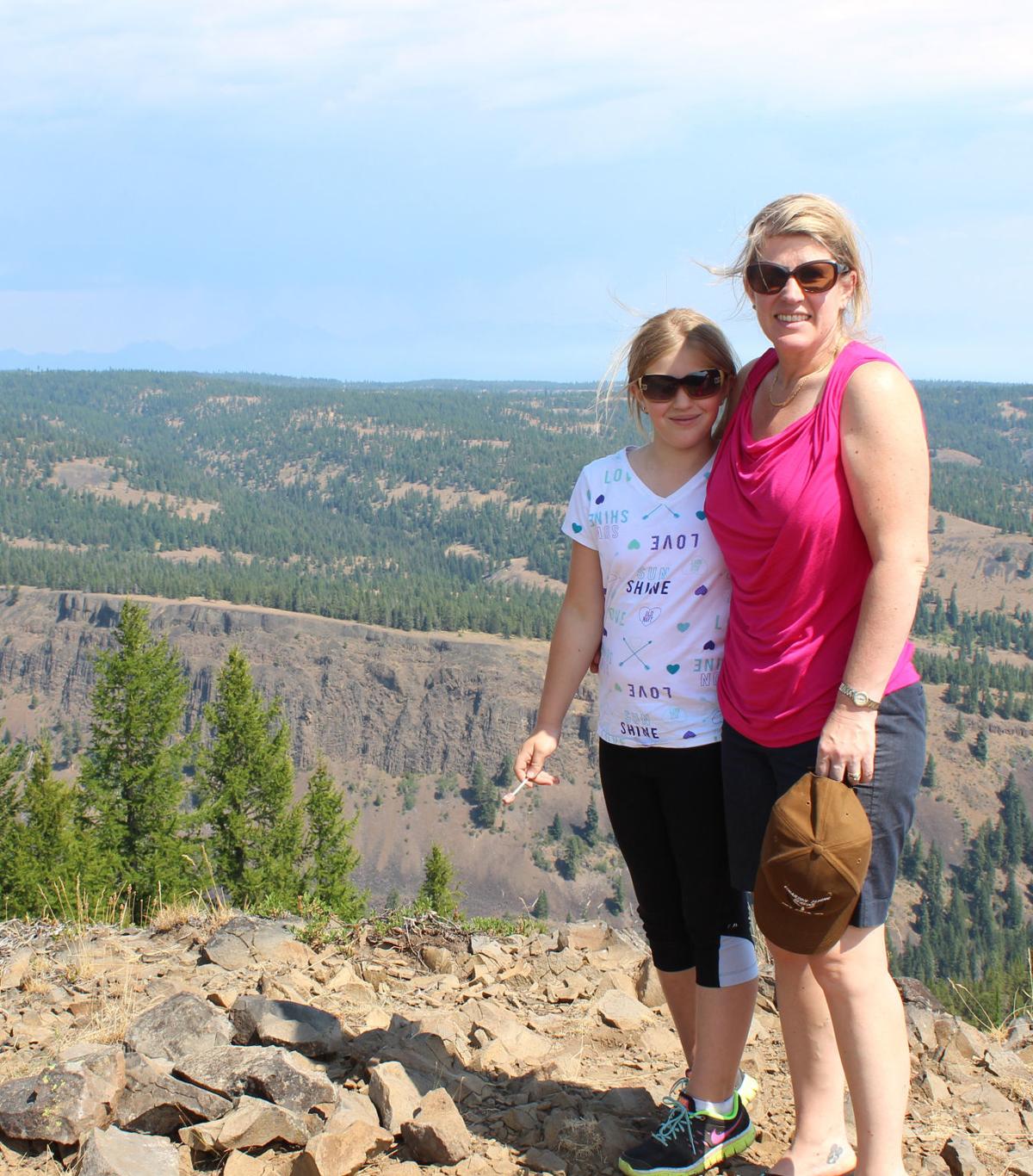 Christa and her daughter Bianca take in the view while jeeping in the hills between Naches and Ellensburg. Christa and Trent have been camping, hiking and dirt biking in Central Washington for decades. 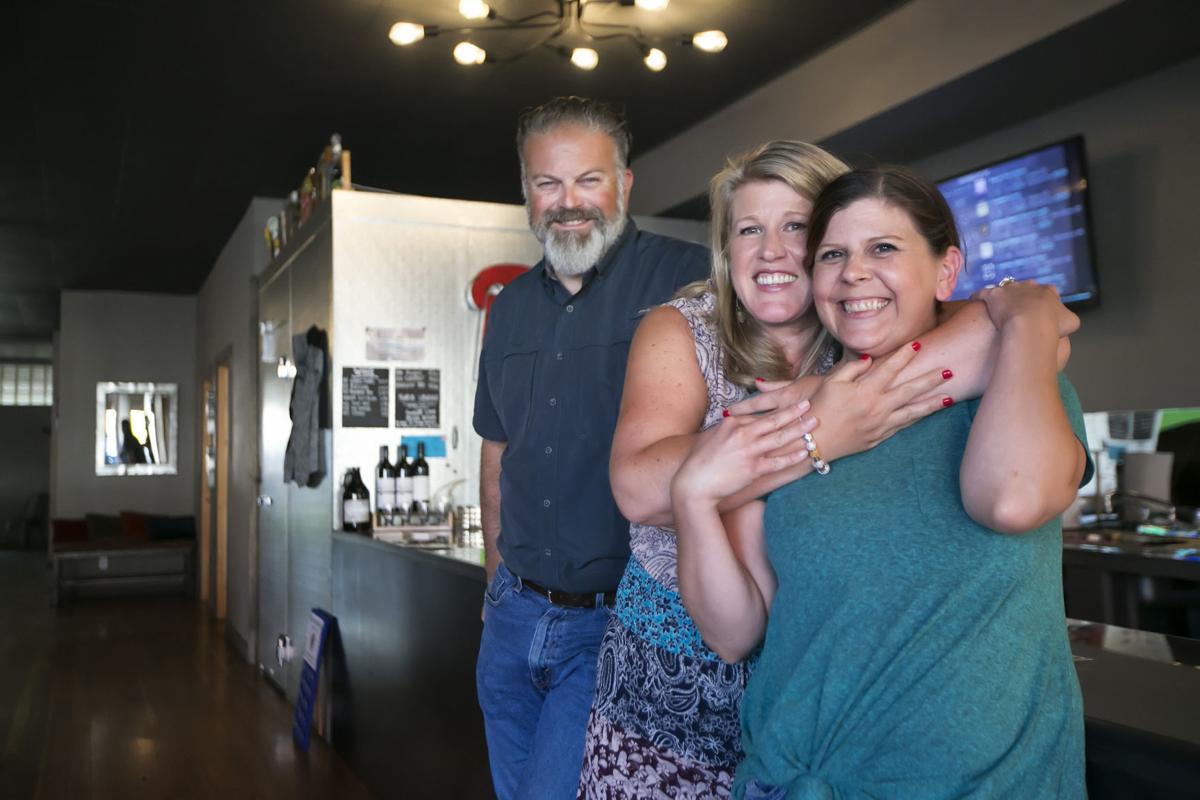 L to R: Trent, Christa and Christa's cousin Melissa Gamache, who helped with all aspects of running the tap house. 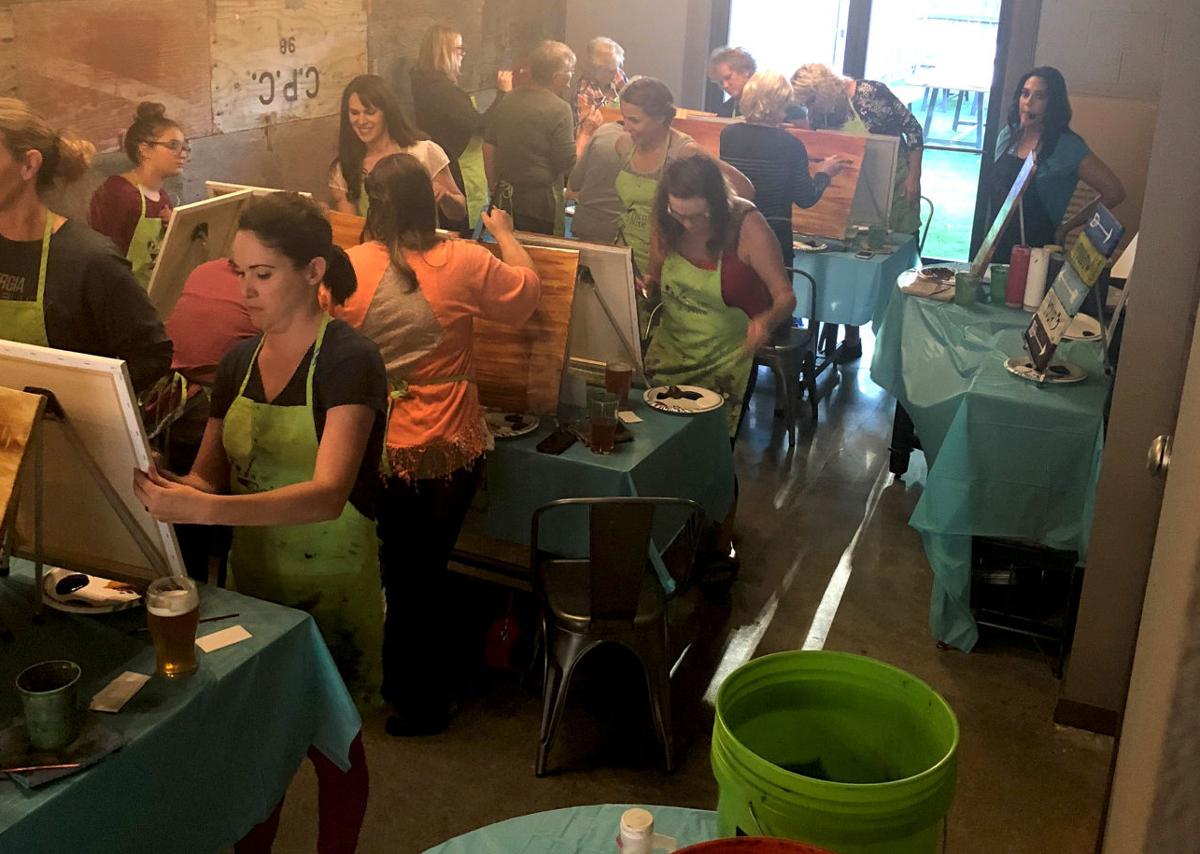 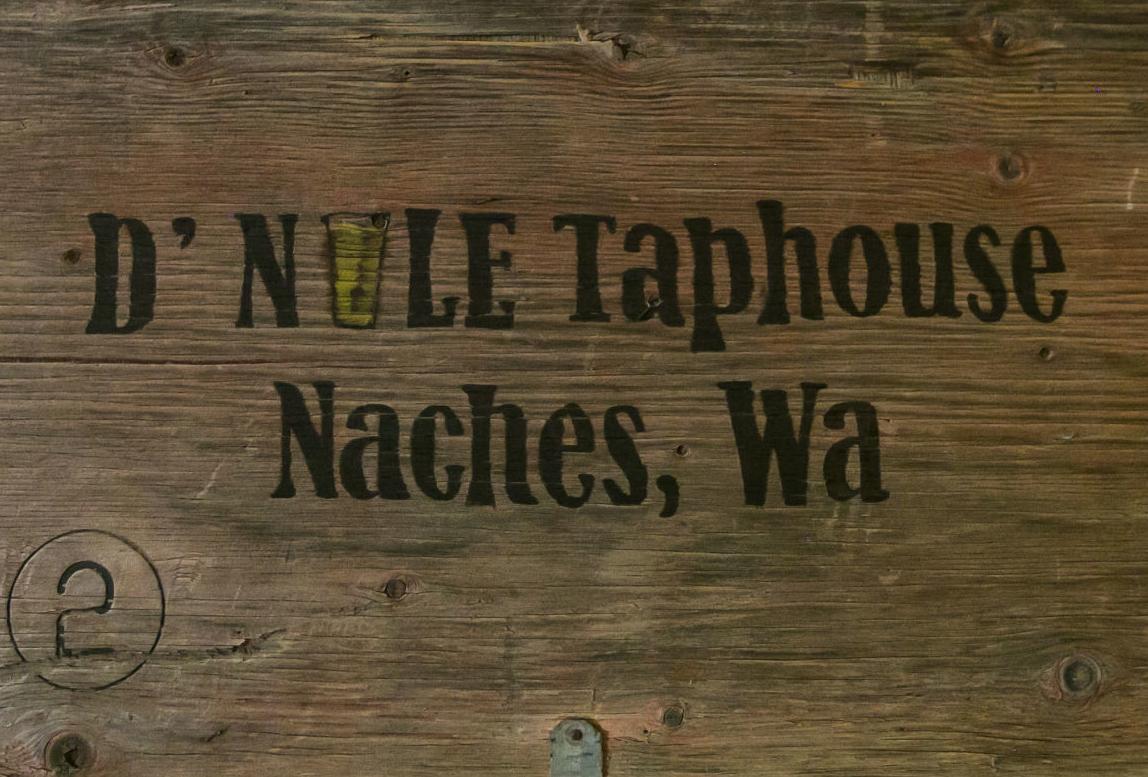 The interior walls of the tap house are lined with old apple bins stamped with the D’Nile logo.

Trent and Christa Degnan stand outside the D’Nile Tap House in Naches.

Trent and Christa on their wedding day in 2000.

After they fell in love with the historic building, they packed up and moved from the West Side in 2016 and immediately began remodeling. They opened the doors in January of 2017.

Christa and her daughter Bianca take in the view while jeeping in the hills between Naches and Ellensburg. Christa and Trent have been camping, hiking and dirt biking in Central Washington for decades.

L to R: Trent, Christa and Christa's cousin Melissa Gamache, who helped with all aspects of running the tap house.

The interior walls of the tap house are lined with old apple bins stamped with the D’Nile logo.

For most people, love at first sight happens only once — but for Trent and Christa Degnan, it happened twice: once when they met each other and again when they first checked out the historic building in Naches that now houses their business, D’Nile Tap House.

But let’s not get ahead of ourselves. Christa grew up in Sunnyside and after graduating from high school, attended Washington State University. Once she received her bachelor’s degree in accounting, she moved to the Greenlake area of Seattle to work for Boeing in the accounting and finance department.

For three years everything was pretty cut and dried — until the night she turned 24. That’s when she was introduced to Trent, and it was love at first sight for both. In fact, the two booked a trip to Hawaii that same night for a vacation that was five months away. But when you know, you know, and two months after that fateful night, Trent and Christa moved in together and they’ve been inseparable ever since.

They were married in 2000 and four years later, they had their daughter, Bianca. During this time, Christa had changed jobs and was now working for an insurance agency. Trent, who spent years as a crew chief in the Air Force, was (and still is) working for Boeing. And although they were happy enough where they were living in Woodinville, the couple always shared a dream of moving to a small town and opening their own tap house.

So how did they end up here? For Christa’s entire life, her family has gone to American Ridge Campground for their yearly family reunion. From these trips, she had gotten to know the Naches area and loved everything about it. Trent has been hunting and dirt biking on the White Pass and Chinook corridors since he was a kid. One year, during the reunion, they heard that there was a business for sale in Naches and they decided to check it out.

Trent had always been keen on owning a historical building, so when they saw it, they both knew that this was the one for them. Within five days, they decided to pack up all of their things and move to Naches to open a tap house in the building they had fallen in love with. “We love the small town feel and it’s great to know your neighbors,” says Christa. “The area is such a beautiful location it feels like you’re driving into a movie set every day.”

The family made the move from the West Side in August of 2016, the day before school started for Bianca. They began renovations right away, gutting and rebuilding the space to make it their own. Trent, a metal designer and certified welder, created all of the tables, the bar and big counter at D’Nile. Then, on January 25, 2017, their dream became a reality — D’Nile Tap House opened its doors in Naches.

For the first six months, Trent and Christa ran the tap house alone. They built relationships with the community and poured themselves into helping the town and its people.

In month seven, Trent and Christa had to step back from being the faces of the company so that they could put more time into their other jobs and careers that they had worked so hard to build. That’s when Melissa Gamache, Christa’s cousin, took over the daily duties. Since Melissa started, she’s not only been the woman behind the counter — she’s also helped with social media and partnership opportunities as well as planning events at the tap house. (Sadly, by the time you read this article, she will already be in Florida with her new fiancé — but believe me, she will be missed.)

Both Christa and Trent travel internationally for work, but when they are home, they spend time with their daughter, enjoying the outdoors near their home on Chinook Pass and at the Tap House, trying to bring people together in their community. Christa also gives back as a member of the Depot Committee and together, Christa and Trent also donate to and open their doors to as many local school teams and events that they can. “I think the most important thing for us to do is to be an active part of the community and to enjoy doing it,” Christa says. They want D’Nile to be the place where families feel at home — a place they can meet after a game — a place where people of all ages can celebrate together — a place that brings our community together.

A Row of Family Businesses

If you’ve been to Naches in the past few years, you may have noticed that a row of new, family-owned businesses have popped up. The newest restaurant is called Nier the Nook and is owned by Christa’s cousin, Pamela and her husband, Israel. Christa’s aunt Peggy runs the new consignment shop in town, which is next door to Nier the Nook. Although these three businesses are separate, they have one goal: to re-energize Naches without competing with each other or with existing businesses. Their enthusiasm and love for the people and town of Naches shows in all that they do.

Menu: They serve local beer and cider on tap, as well as wine and non-alcoholic beverages. They also offer Panini sandwiches, snack boxes, kielbasas and soup in the winter. They've begun hosting food trucks and local chefs, to offer even more choices.

Events: They feature a new winery every month and the first Wednesday of the month, the winery comes to D’Nile to offer tastings. They also run specials during events like Sportsman's Days (Sept. 6-8). Over the winter, Christa and Trent plan to have live music as well as paint nights once a month.