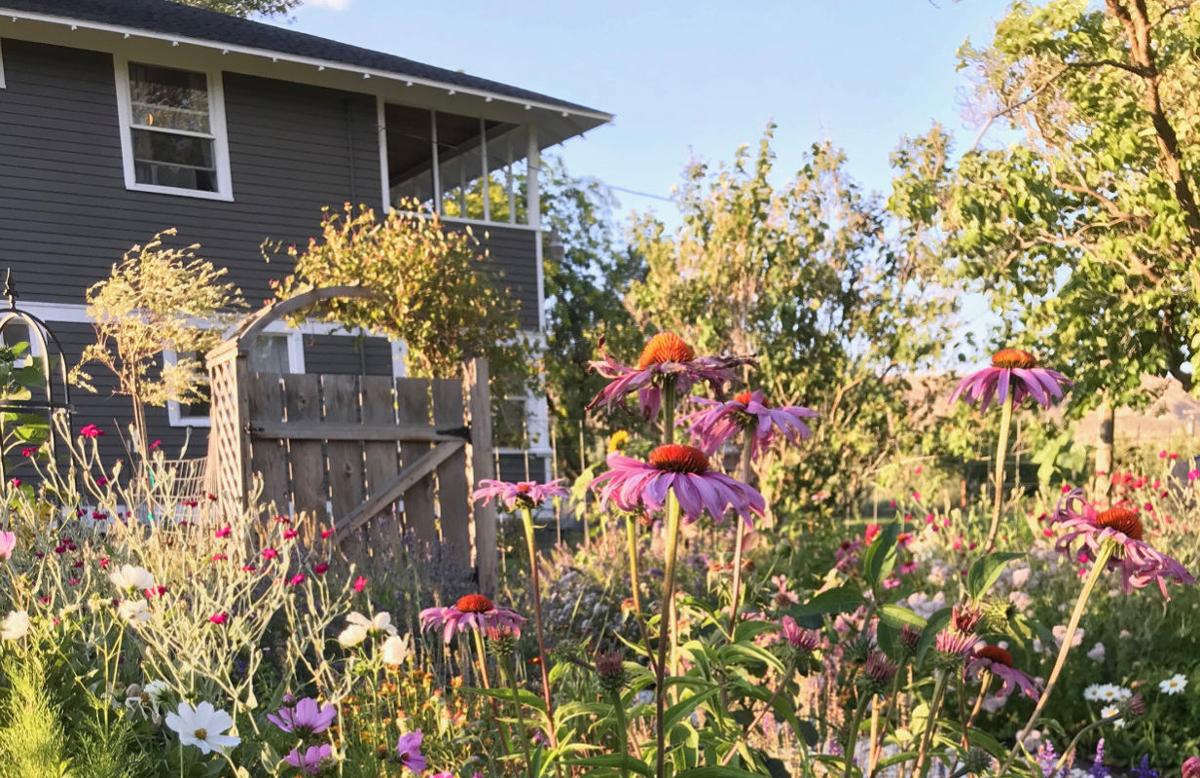 The Rose & Crow Farmhouse in Naches. It is an original Naches homestead, built by the Clark family in 1887. 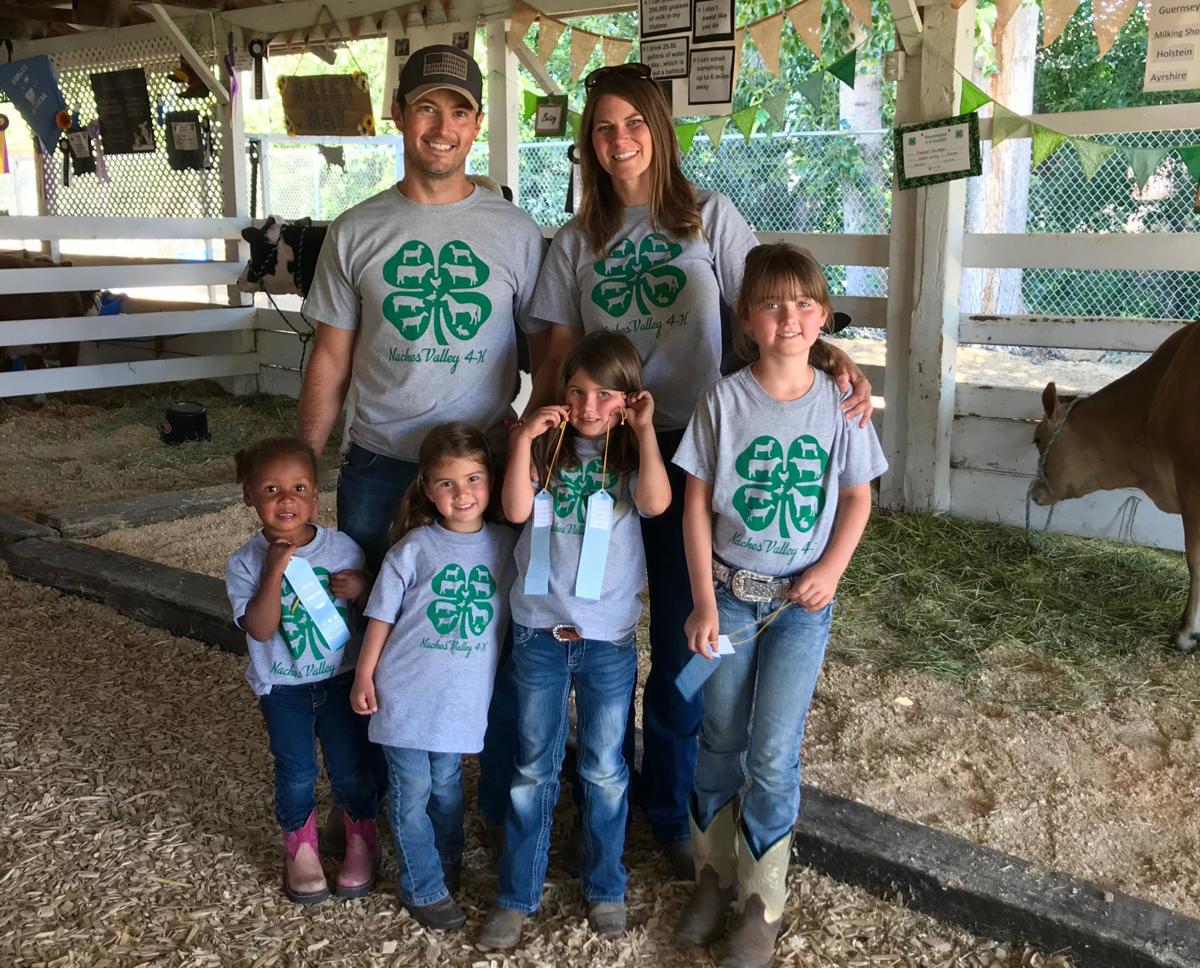 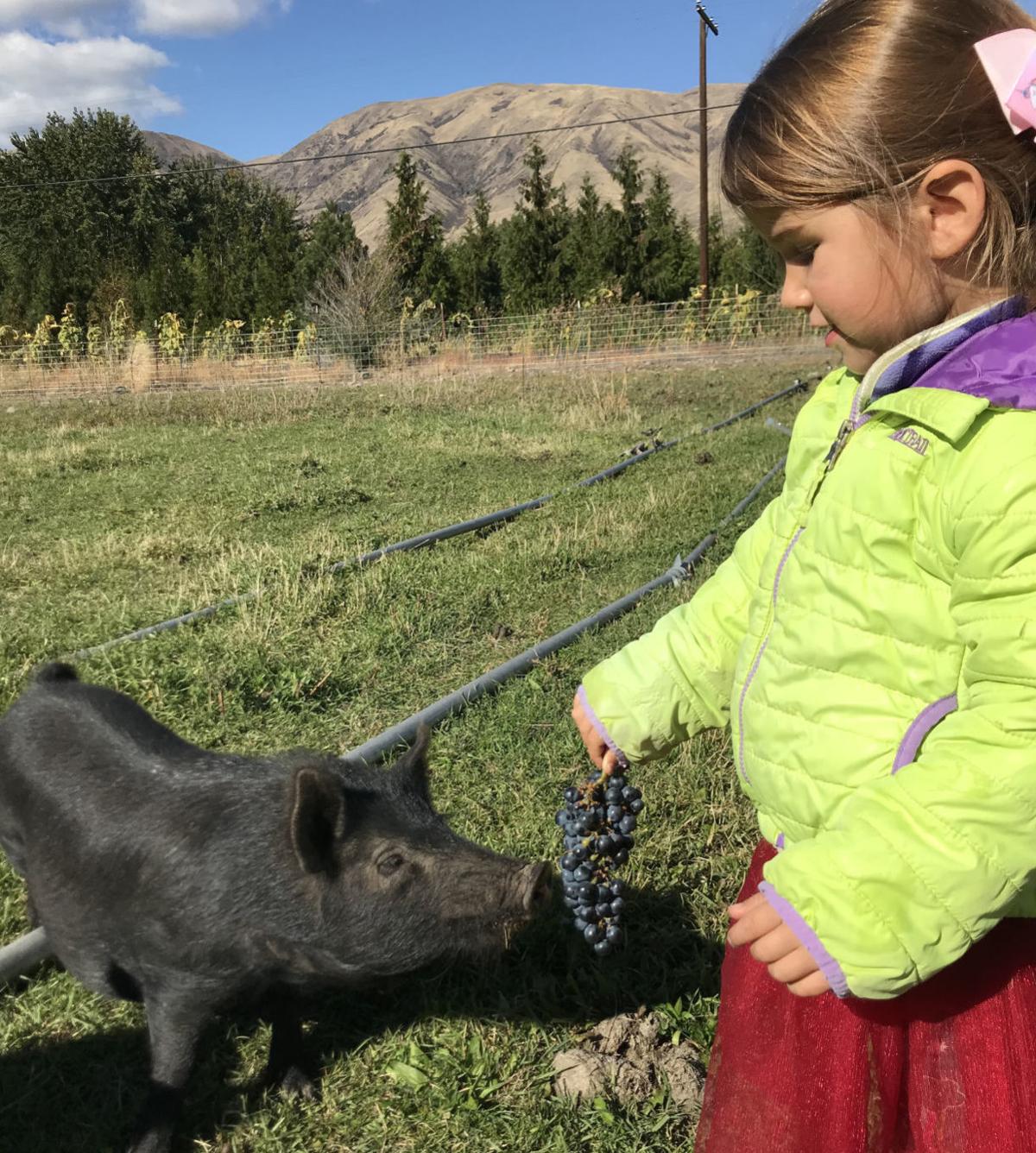 Harper feeds some grapes to a pig at the farm with Cleman Mountain in the background. Pigs are omnivorous and can eat pretty much everything they can chew. 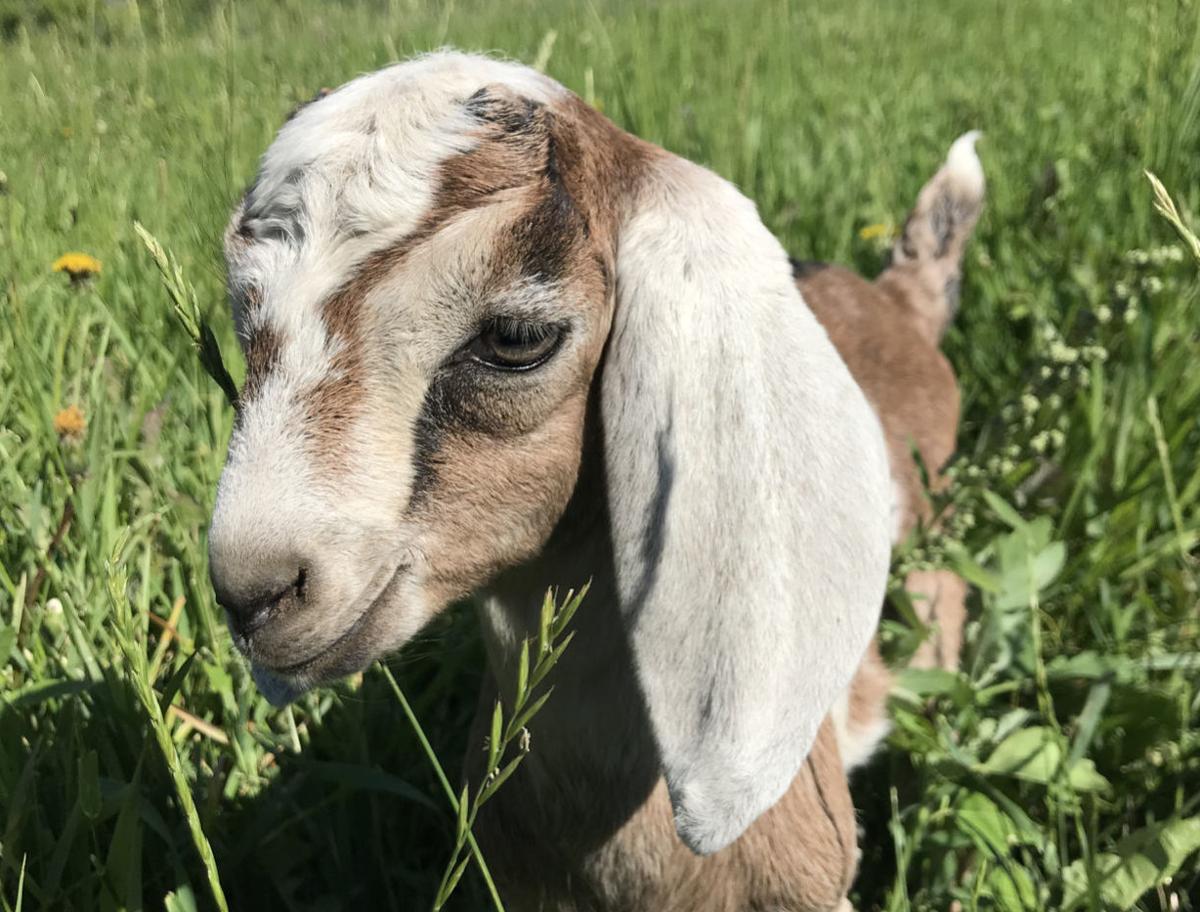 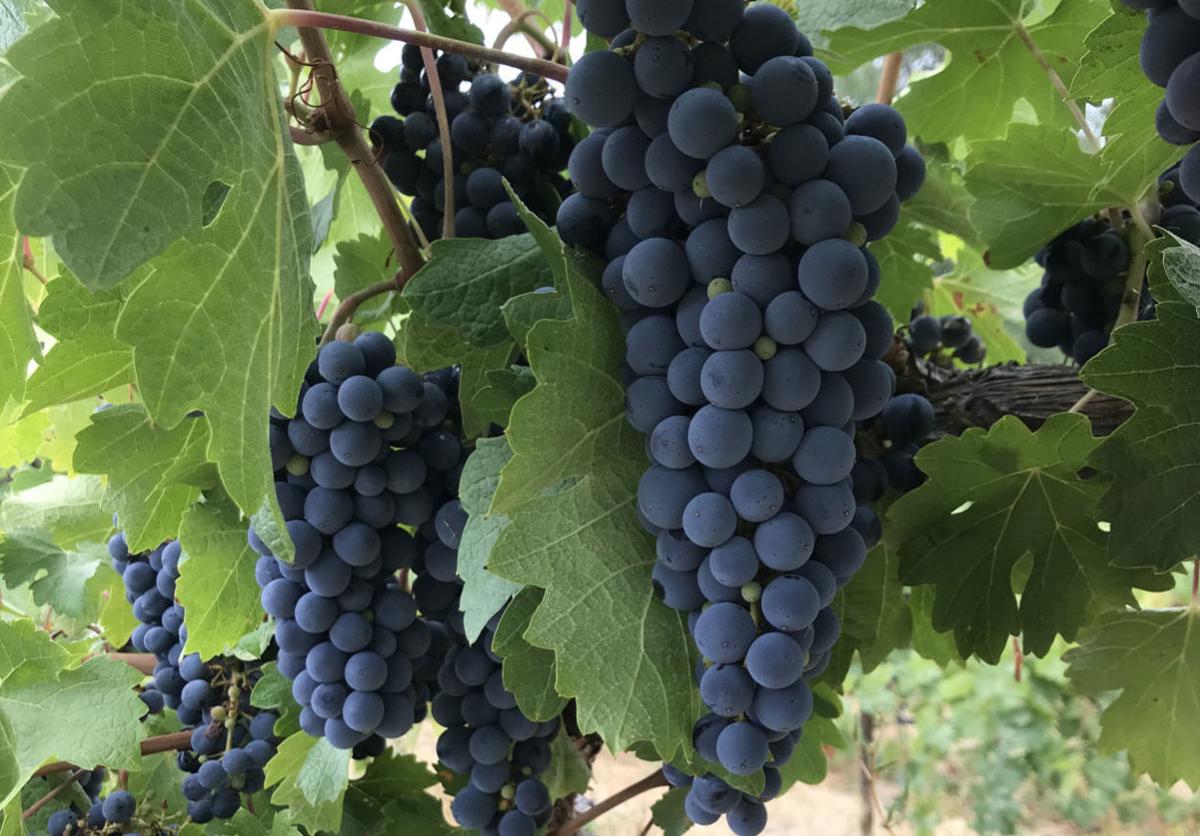 Andy and Jessica planted 400 Cabernet grapevines at their farm in 2015. 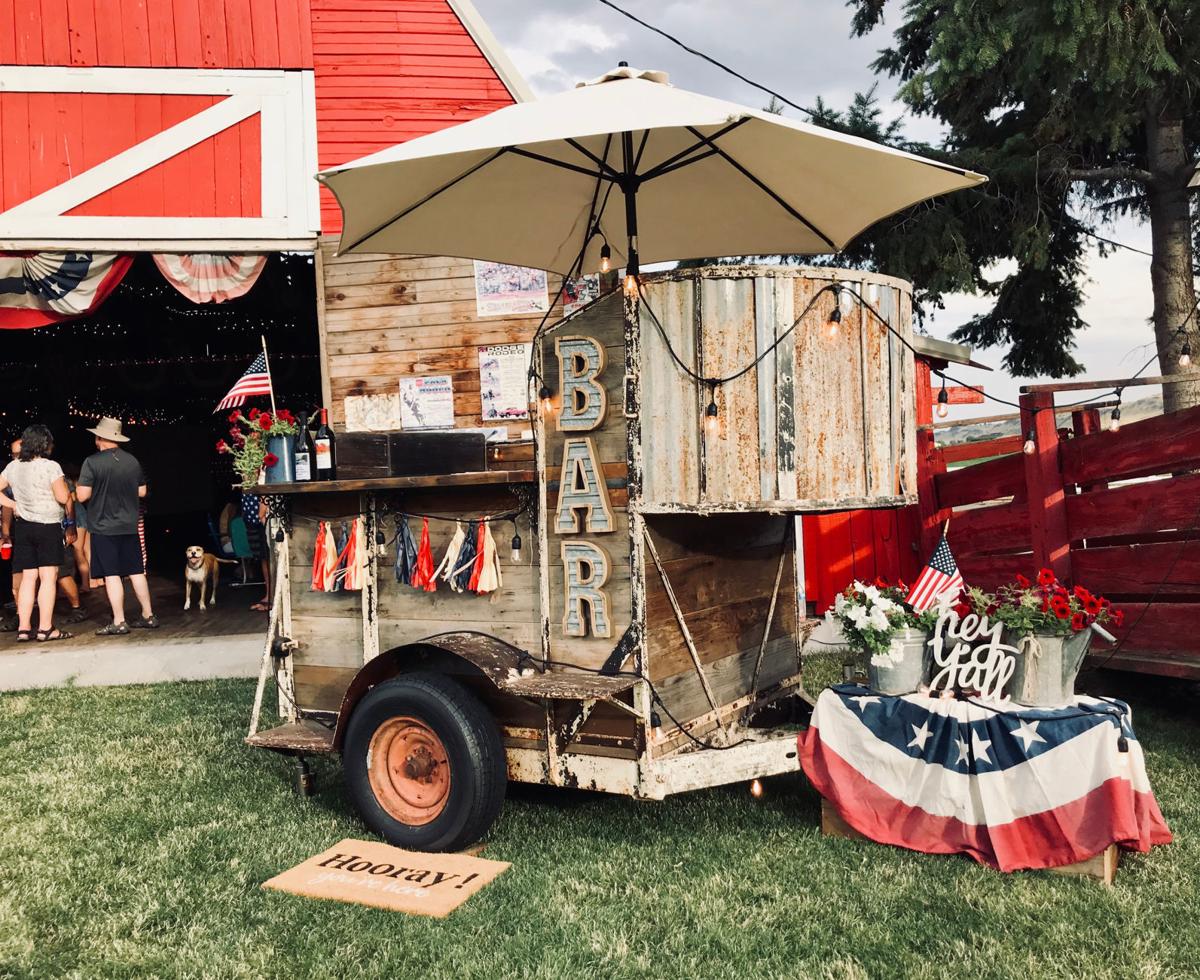 The first Rose & Crow Trailer Bar, parked at an event at Running Springs Ranch in Naches. 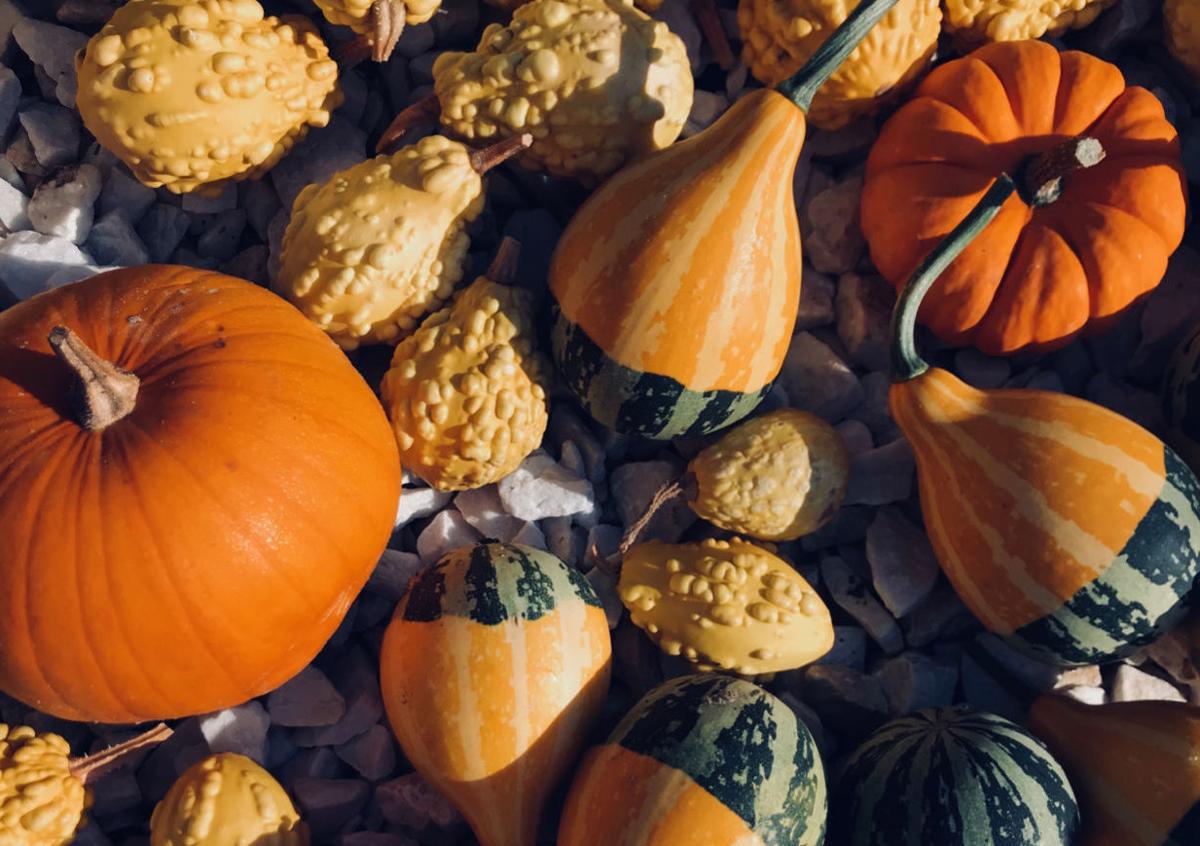 Gourds, pumpkins and squash from the farm.

The Rose & Crow Farmhouse in Naches. It is an original Naches homestead, built by the Clark family in 1887.

Harper feeds some grapes to a pig at the farm with Cleman Mountain in the background. Pigs are omnivorous and can eat pretty much everything they can chew.

Andy and Jessica planted 400 Cabernet grapevines at their farm in 2015.

The first Rose & Crow Trailer Bar, parked at an event at Running Springs Ranch in Naches.

Gourds, pumpkins and squash from the farm.

The first time I drove up to Rose and Crow Farm, I was filled with a warmth that was at first indescribable. As their dogs barked happily at the sound my arrival, I couldn’t help but smile, knowing that soon they would be eagerly demanding my attention. To my right were rows of grapevines; in front of me was a barn with horse pastures beyond it; and to my left was the farmhouse — a beautiful building that exuded an air of magic.

By the time I got out of my truck and headed toward the smiling faces coming out the front door, I was finally able to describe the feeling that consumed me — it was the feeling of being home. This place radiated love and warmth — and I hadn’t even made it through the front gate.

Jessica and Andy Wilson met when they teenagers at Naches Valley High School.

“Our first real interaction was at a play date at the Wenas Saddle Club,” said Jessica. “We were on a team together. I was 15 at the time. Andy says that’s when I first piqued his interest. One event we did together was the sweetheart race. He could jump on the horse better than I could, so I started on horseback and rode down and picked him up, then we raced back to the finish line together.”

The two didn’t date back then. They were just friends who shared a mutual love for horses. Jessica worked as a wrangler at Andy’s parents’ company, Chinook Pass Outfitters, during the summer of her junior year.

“Andy and I both spent a ton of our childhoods on the backs of horses. It’s hard to find someone that has been raised around horses these days — it truly is a dying art in our area,” she said.

Eight years later, Jessica and Andy had their first real date. And that one date is all it took. They both knew they had found the person they wanted to spend the rest of their lives with.

A year later, their first daughter, Madisyn, was born, and a year after that, they were married. At this point, they were living in Gleed, in the house that Jessica grew up in — a house they were fixing up to sell.

2012 brought the arrival of their second daughter, Ava, and a year later the couple came across the farmhouse.

“It was an original homestead house for Naches,” Jessica said. “The Clarks were the original family that built the house when they moved to Naches in 1887. We honestly never thought we would live in Naches, especially in an old house that is only two houses down from the house that Andy grew up in — a house that we passed thousands of times while growing up.”

The Wilsons moved into the farmhouse in 2014 and started fixing it up. That first spring, they planted 400 Cabernet grapevines at their farm, which they hand-watered for two years until they got the irrigation in. Later that year, they welcomed their third daughter, Harper.

With three small girls and progress on their dream home well underway, the Wilsons decided to focus on what they could do to give back to their community.

“We really wanted to adopt because there are so many local kids that need foster and/or adoptive parents,” said Jessica. “We talked about it for years off and on and finally felt like the time was right. If we could help out a child in need, why wouldn’t we?”

In July of 2015, Lilah was born to her birth parents, but it wasn’t until February of 2017 that the Wilsons were given legal custody of her. And by June of that same year, they formally adopted her.

“Adoption is an incredible mix of hard and rewarding. Seeing her thrive has been pretty amazing. We hope that our kids learn that sometimes life isn’t perfect or easy but you should always be thankful for what you have,” Jessica said.

Their farm has grown too, and is now home to horses, pigs, goats, chickens and guinea fowl.

“I knew right away it was going to be way too easy to bring home animals because we both loved them so much,” Jessica said. “Some we find, and some find us. We have created a pretty wonderful little farm for our kids to experience some of life’s most fun and magical things.”

Having a small hobby farm is a lot of extra work, she said.

“It comes with scenarios that are stressful, challenging, and not very glamorous. We do love it and that’s why we want to share it with our community.”

“We can offer experiences that not everyone gets a chance to have: from collecting eggs to picking grapes for your own wine to petting goats during a goat yoga session or learning about garden plants and playing in the dirt,” said Jessica. They also hope to work with local school groups, giving kids a look at small homesteading.

On top of four young daughters and a farm, the Wilsons run two other businesses (all while Andy works full-time as a lead spill responder for the Department of Ecology). This past year, they started Rose & Crow Trailer Bars after purchasing two antique horse trailers — one from the 1930s and one from the 1970s. They transformed the older one, using repurposed wood and materials from their farm and an old barn.

The Trailer Bar is perfect for serving drinks and has two keg units as well as a wine fridge and storage. Clients can rent the portable bar, named Merle, for private events and business functions. This May, the second Trailer Bar, named Loretta, will be available for rent as well.

The couple has also taken the reins of (pun intended) another business — the horse-drawn carriages you see at Christmastime in Yakima, Naches and other places. Jessica’s grandfather owned the business and has now entrusted it to Jessica and Andy.

“It’s a hard thing to let that piece of your life change. My grandparents have had horses forever,” said Jessica. “Frank and Jesse (the horses) are like family and will never leave our farm. My grandpa (Jim Duke) was born in Toppenish and has given tours there since in 1990, the year that the second mural was painted in Toppenish. He didn’t have a wagon then, so he built a trolley using horses to pull it around town. Andy and I are so excited to be able to continue to serve our community.”

It takes a solid team to do what Jessica and Andy are doing together. It takes two best friends who are partners, who stick together while raising a family, taking care of a farm, and running multiple businesses. But most of all, it takes hard work and love.

“We couldn’t accomplish any of these dreams without each other.” said Jessica. It’s true what they say — we all really are stronger together.

To learn more about renting one of the trailer bars, see their Facebook page: Rose & Crow Trailer Bars. For more information about when the farm will be available for tours and activities, call 509-225-0360.