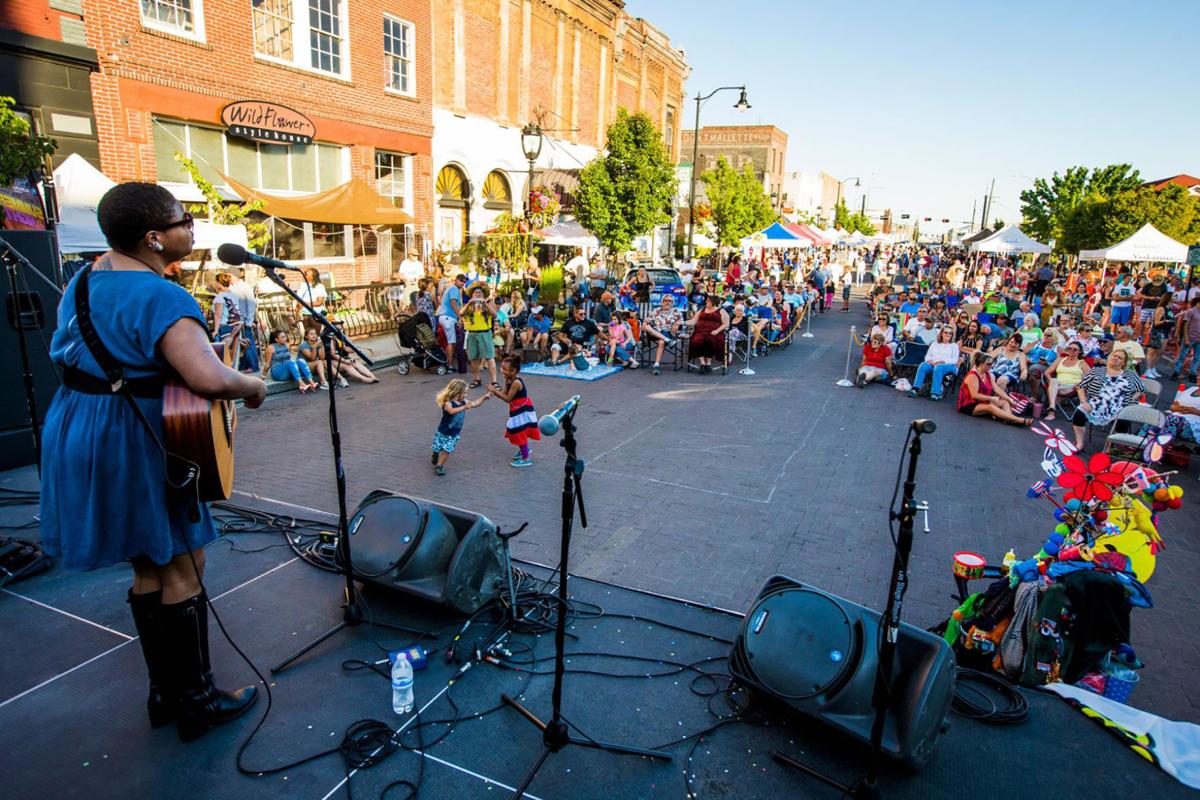 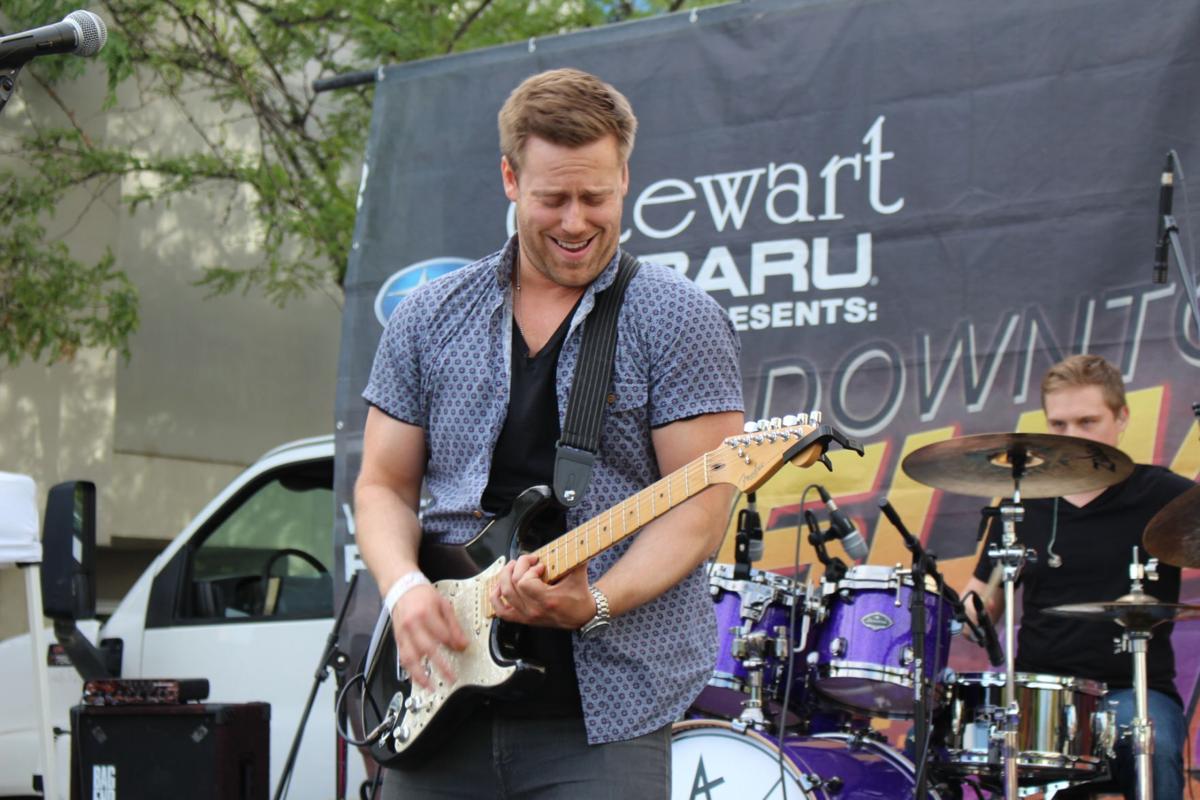 Yakima's been missing live shows at events like Downtown Summer Nights, but it's still unclear which events will be able to return this year. 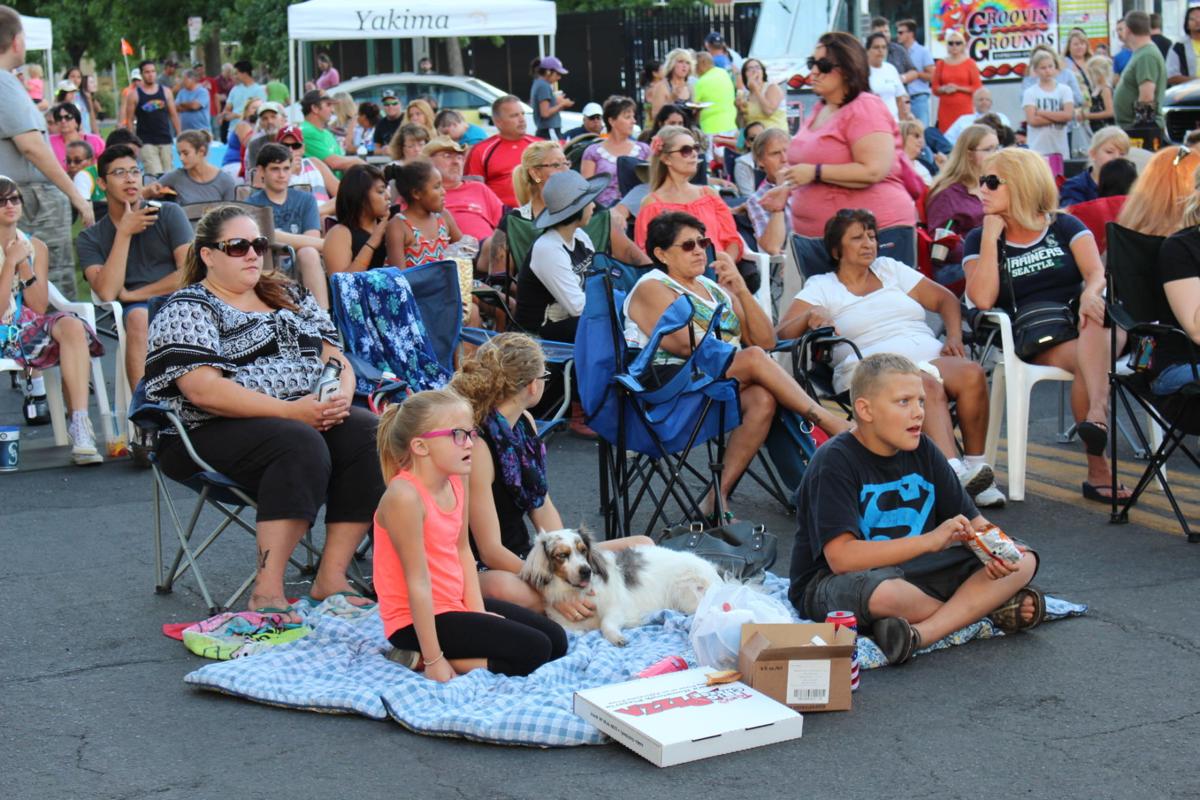 You might be able to take in some live music downtown this summer, but odds are, you'll still have to pay attention to some health precautions.

Yakima's been missing live shows at events like Downtown Summer Nights, but it's still unclear which events will be able to return this year.

You might be able to take in some live music downtown this summer, but odds are, you'll still have to pay attention to some health precautions.

The Yakima Valley has sprung spring! That means the yummy things are growing green sprouts, there is “Musica! in the air, and everyone is wondering, are we “Out of the Woods” yet?

The annual anticipation of events that pair great food and beverages with excellent music, served up in the sunshine (hopefully) of the beautiful Yakima Valley has also begun, even if there are fewer outings to fill out our calendars.

Several popular large events are uncertain due to the ongoing pandemic. Downtown Summer Nights and Roots & Vines Music Festival are still on hold, according to Downtown Association of Yakima director Andrew Holt. The organization will reassess and reschedule or cancel events over the coming weeks.

The association also sponsors Downtown Yakima Farmers Market, which kicks off its run Sunday, May 23, on Third Street and will run weekly through Oct. 10. Holt said fingers are crossed that Chalk Art Fest and November’s Sip and Stroll may be held later this year.

What is certain is that Yakima Valley residents are ready to be “Out of the Woods.” Hence the cleverly named exhibit planned for Larson Art Gallery in July and August, featuring wood artwork, utensils and furniture made by local artists.

The newly opened gallery at 1606 W. Nob Hill Blvd. is part of the recent expansion westward of the Yakima Valley College campus. Larson has been a vital part of the local art scene since 1949 and in 2021 is proving a gem for those eager to get back to “normal.”

The gallery’s other exhibits include “Who’s Minding the Gallery,” featuring the work of past curators and running through May 22. Also ending that day is the online department of visual art students annual exhibit and sale. Featured pieces were created by YVC students and instructors over the past year and a half and some may be purchased.

It is also the closing day of “Musica!,” a traveling Studio Art Quilt Associates exhibition of music themed fabric art. June will bring another annual Larson favorite, the Gallery Guild Members Exhibition. Public admission to the gallery is free of charge and it is open Tuesdays-Fridays 10 a.m.-5 p.m. and Saturdays 1-5 p.m.

The YVC campus expansion included the Sculpture Garden, a space connected to the art gallery and featuring a fire pit and place for musicians to perform. Construction was in final stages in late April with an official opening date to be announced. Two sculptures have been dedicated to the garden with hopes for more in the future according to David Lynx, Larson Art Gallery director.

“We are planning and hoping for a vibrant summer on the patio,” Lynx said. The area is shared with a new tasting room that is part of YVC’s vineyard and winery technology program. The gallery is also collaborating with another local organization to provide entertainment this summer.

July 24 is the tentative date set for a joint venture between Larson and the Yakima Greenway. The event will feature invited artists who will demonstrate landscape painting for the public. According to Lynx, the outdoor event will include food trucks and music.

The magnificent Capitol Theatre was able to undergo some improvements while closed the past year, but as of mid-April, the theater has no planned events through the end of summer 2021.

As a smaller venue which books smaller acts, Yakima’s The Seasons Performance Hall was able to remain operational during the pandemic with livestreamed concerts. Late winter 2021 saw the return of performances before an actual, grab your coat and hat, in-person audience.

At this time, live seating in the historic hall is limited, set at about 125 people in groups of two to six. According to business manager Amy Stuckey, that will change as local and state restrictions are adjusted, just as the venue will continue adding shows as they are able to book artists. Tickets must be purchased online and tickets for the livestream, which will continue for each event, are unlimited.

Same-day tickets are available, however, for the return of the popular Brown Bag Concerts which began April 2. The $5 lunchtime musical events are in person beginning at noon and the cash-only tickets are available beginning 30 minutes before the show. Masks and social distancing are required for the upcoming concerts of Joy & Hope, a selection of songs and arias by Bonnie Joy, on May 7; and piano favorites by Ethan Kim on June 4.

Crafted Comedy series continues with Brad Upton and Monica Nevi on May 15 and Kermet Apui June 5. Spring and summer concerts range from the songs of Neil Diamond to performances by local rap stars; flamenco to chamber music; and alt-rock to country. Food and beverage service is available at The Seasons with wait staff serving the main floor and bar access to order food and drinks for those seated in the balcony. Tickets are available at www.theseasonsyakima.com.

Now, dust off your dancing shoes, get your groove on, pull out all the stops, because Yakima is hitting the right note. The music is back!