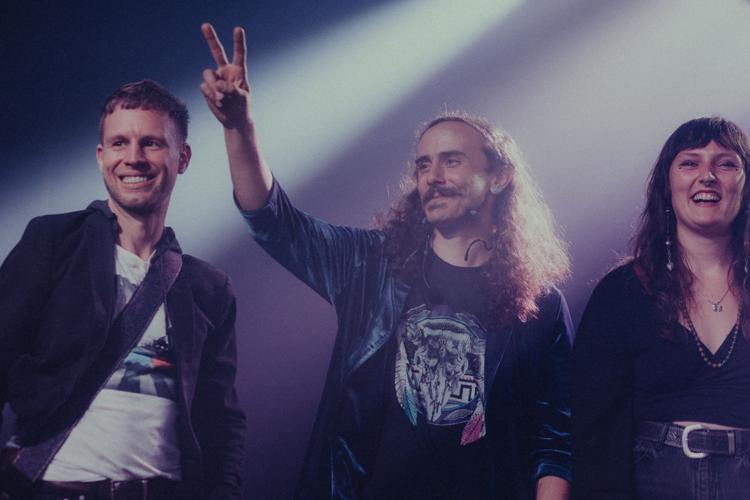 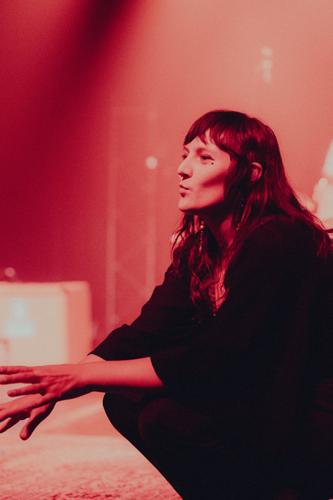 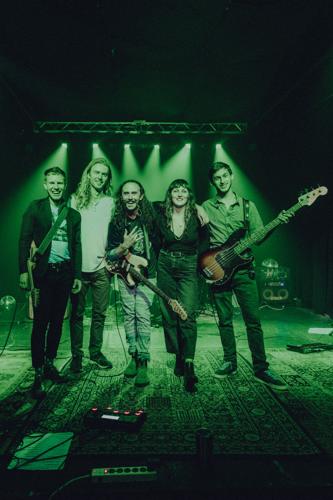 The band's second album is on track for a 2022 release. After that, they'll hit the road and return to Yakima later in the spring. 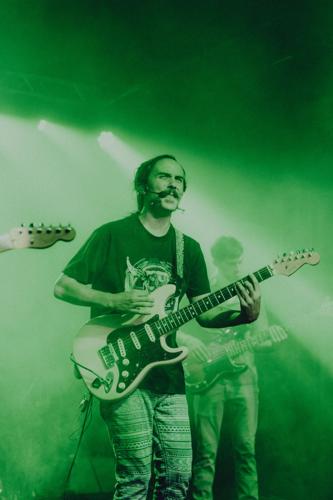 Fish didn't plan to live out of a van and tour the country playing music, but life takes some unexpected turns. 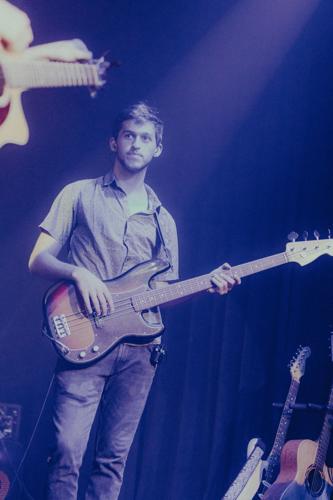 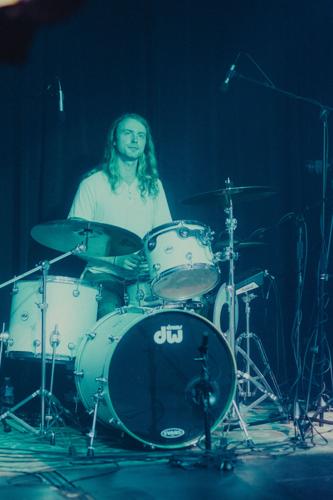 Bad Camper actually travels in a pretty comfy camper -- the van that Fish converted into a home on wheels. 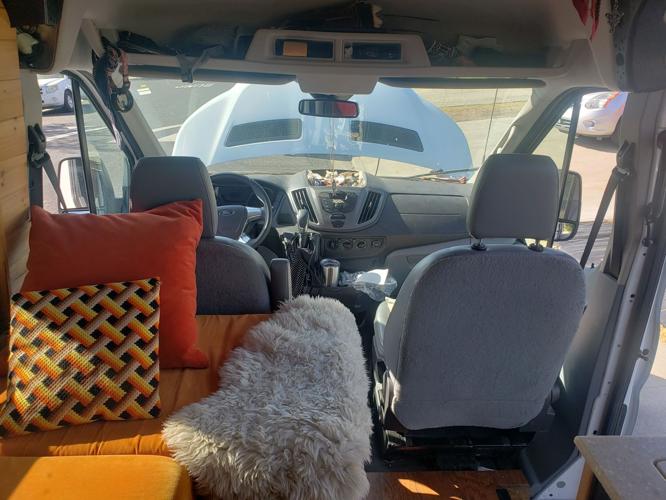 The band plans to put a lot of miles on the van when they resume touring this year.

The band's second album is on track for a 2022 release. After that, they'll hit the road and return to Yakima later in the spring.

Fish didn't plan to live out of a van and tour the country playing music, but life takes some unexpected turns.

Bad Camper actually travels in a pretty comfy camper -- the van that Fish converted into a home on wheels.

The band plans to put a lot of miles on the van when they resume touring this year.

It’s a familiar sight — a van backing up to a venue door a few hours before a show starts.

But when Bad Camper shows up a week into their 44-state national tour, there’s something different. Unlike many tour vans, this 2017 Ford transit van, tall roofline, gloss white with a large band logo on the side, has been retrofitted into an adventure RV, complete with bedroom, bathroom and kitchen. Pretty swanky for an up-and-coming band from the Bay Area.

“I was tired of paying rent,” says band leader and songwriter Fish Little. “I knew I wanted to travel and play music, so I purchased the van in 2019, spent three months planning it out, then another three months building it. It’s my house, but also a tour bus. I tell my bandmates they don’t know how lucky they are to tour like this.”

Van life wasn’t always his goal. Born Mathew Fishenkeller, he started going by Fish in college as a way to stand out. (Fish had also been a nickname people called his grandfather, short for Fishenkeller.)

By spring of 2017, Fish found himself in an existential crisis. He’d just spent the winter at the Sacred Stone protest camp at the Dakota pipeline. His original plan was to go out for a couple of weeks and drop off donated supplies he’d collected — food, clothing, blankets.

But once he arrived, he found himself helping run the community kitchen for the winter. By the time the Army Corps of Engineers bulldozed the camp in the spring, he’d developed a new level of respect for the Earth and the deep connection that forms between people.

Prior to the protest, Fish received his master’s degree in music from California’s Mills College and had a full-time job teaching. His recent experience had changed his outlook — he couldn’t fathom integrating back into the societal normal of a 9-5 job and consumer lifestyle that contributed to a set of values with which he no longer agreed.

Instead of returning to work he spent his last savings on a bicycle and camping gear, loaded the gear onto the bike with his guitar, and set out packing. First in the Oregon mountains, then cross country to the East Coast, across the Atlantic to France and Europe, finally Morocco in North Africa.

As he traveled, he taught himself to sing and wrote the songs that would become his band’s first album, “What You Love Comes Along.” His band name, Bad Camper, references the perception society may have of someone bike packing and camping alongside the road, or even a characterization of the protestors at Standing Rock as “Those are bad campers.”

The first album of songs focuses on finding the emotional human connection, a collection of folk-Americana ballads with some driving rock anthems for good measure. After recruiting musician childhood friends, Fish spent the next year recording the album with producer David Lipps, perfecting every song.

While it was great to have the help of his friends on album, many of them had other obligations and couldn’t commit to a full-time tour schedule. Set on playing nonstop live shows, a new lineup came together featuring Celia Rath on vocals, Michael Kohl on lead guitar, Michael Abrams on drums and hired gun Jack Reed on bass.

Back on tour, Bad Camper takes the stage and settles in for a night of music. With enough content written for a second album, they have close to two hours of original songs to play.

As their set kicks off, Fish has center stage in a blue crushed-velvet shirt he picked up recently at a thrift shop. He introduces his bandmates, banters with the audience, then begins to trade harmonies with Celia as the music starts. The music journeys through finding and missing love, then amps up on the electric, giving the lead guitar a chance to shine.

Still new to the band, Michael Kohl is settling in. he knows his instrument and has some obvious jazz background. He’s still playing a part, holding back a little, but it’s clear he has the chops to add a new dynamic the longer he’s there.

The set ends with “Treeline” a moody melody that brings all the band’s elements together — the harmonies, the lonely emptiness — then erupts into a frenzied energy of coming together to end the night.

After the show, the band settles into the tour van for the evening, taking turns cooking and driving. They’ve got an eight-hour commute to their next gig in Boise. As the tour wraps, Bad Camper hunkers down in Oakland. The second albums songs are now recorded, it’s time to start mixing and producing for a 2022 release date, then a March/April tour of the Pacific Northwest including another stop in Yakima.

In the meantime, check out their first album on all streaming services as well as their videos — (including their full set performance at Bearded Monkey) on their website and YouTube.