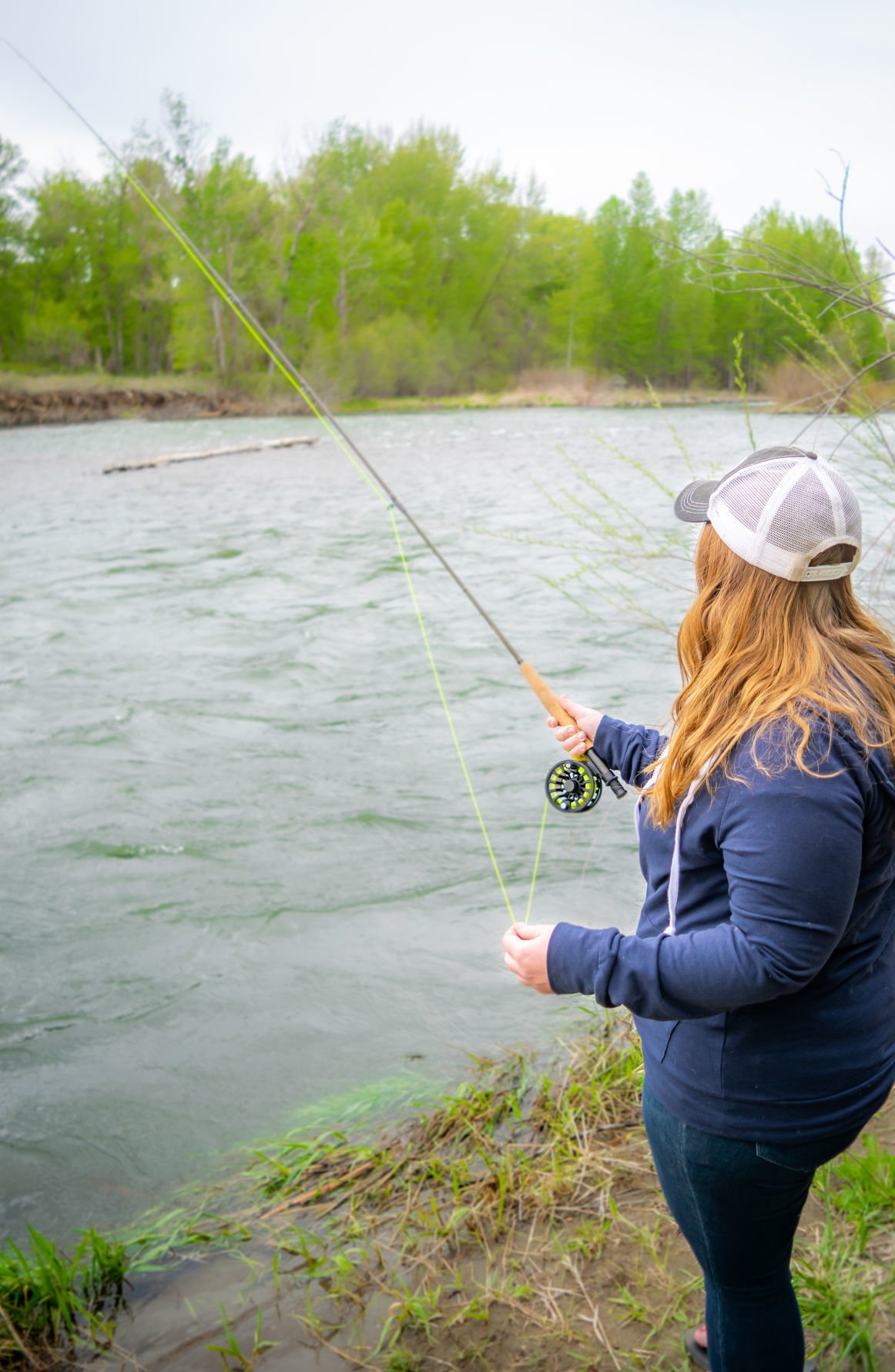 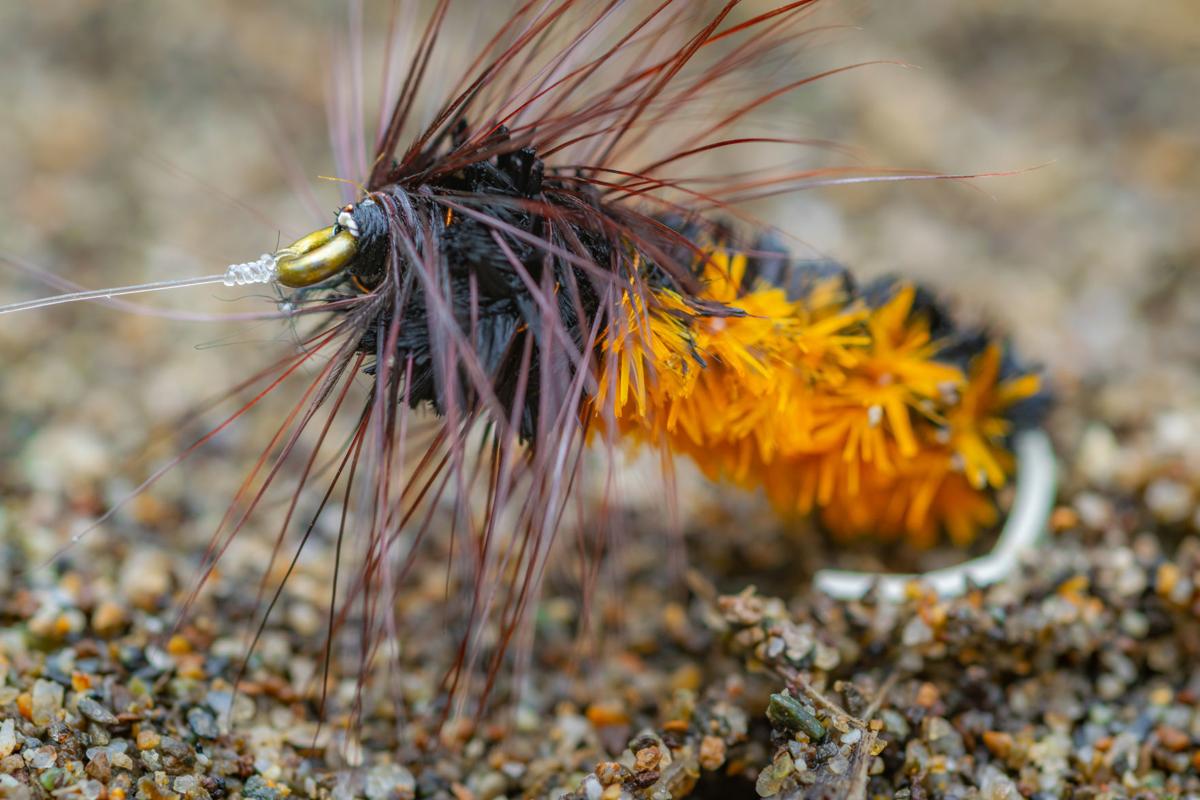 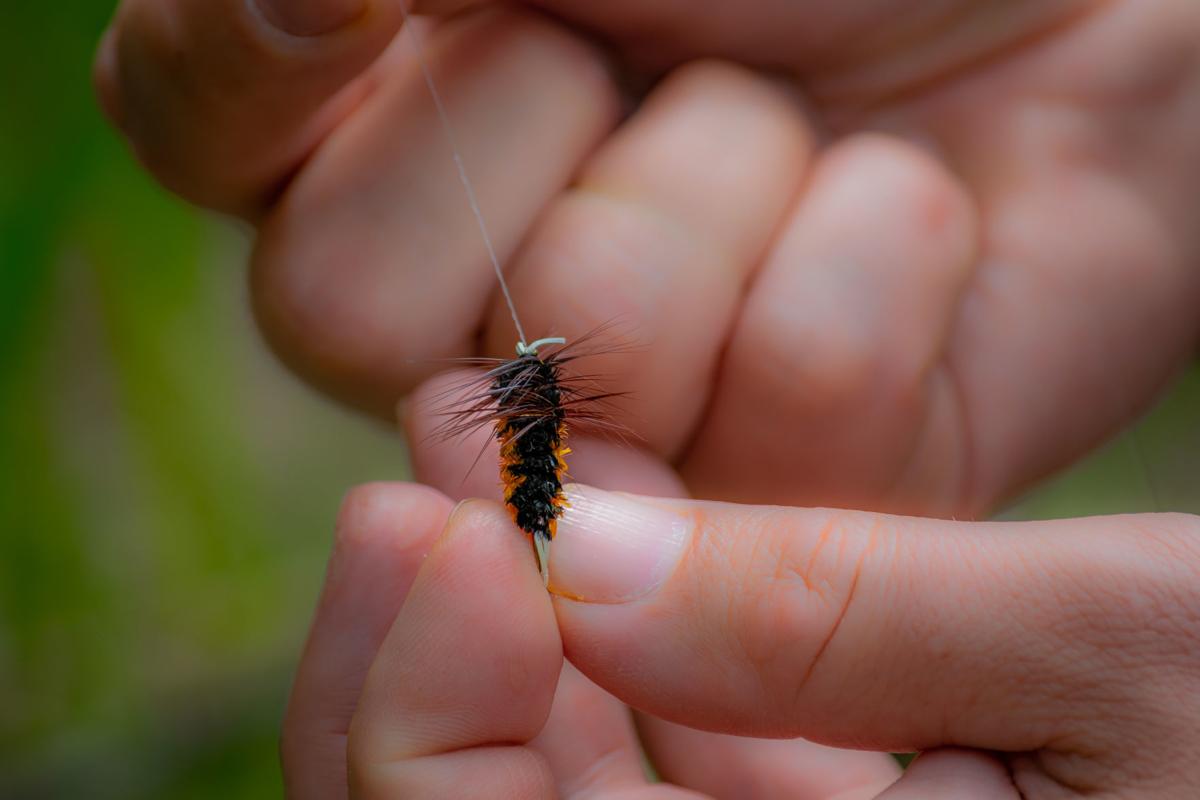 Tying a fly to a line. 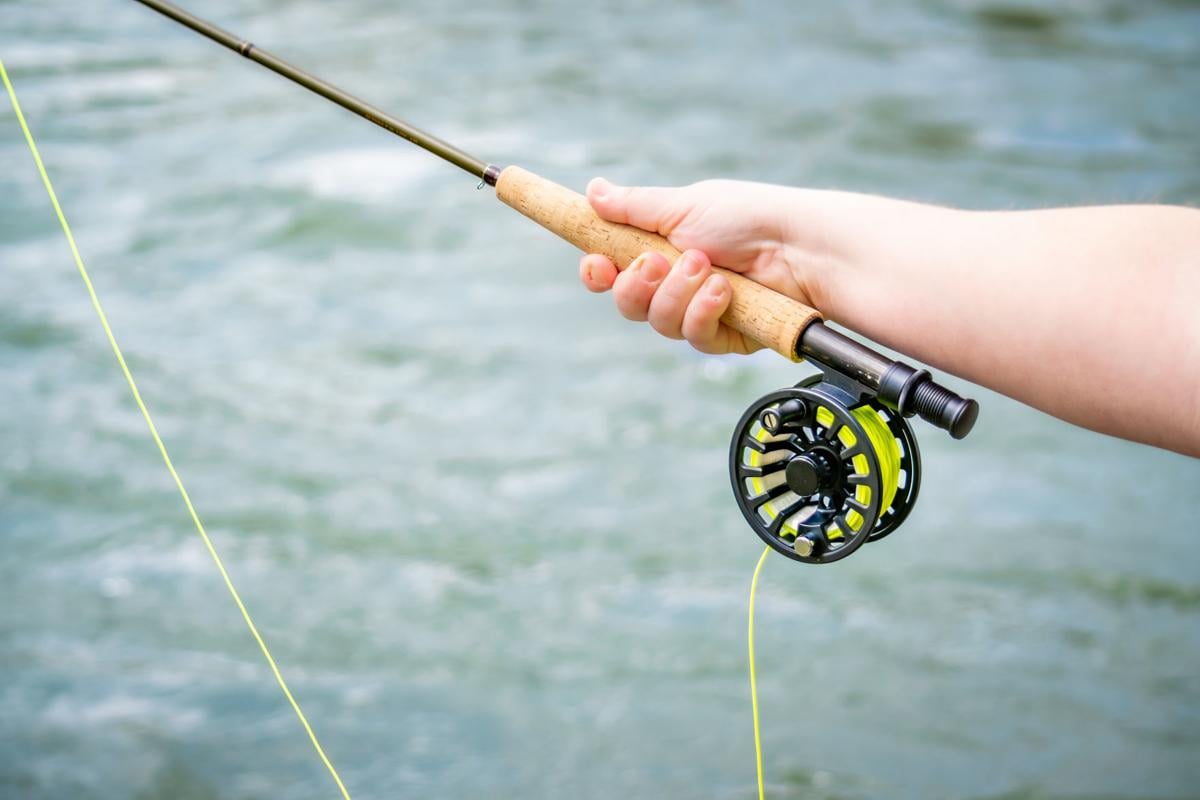 A fly rod and reel. 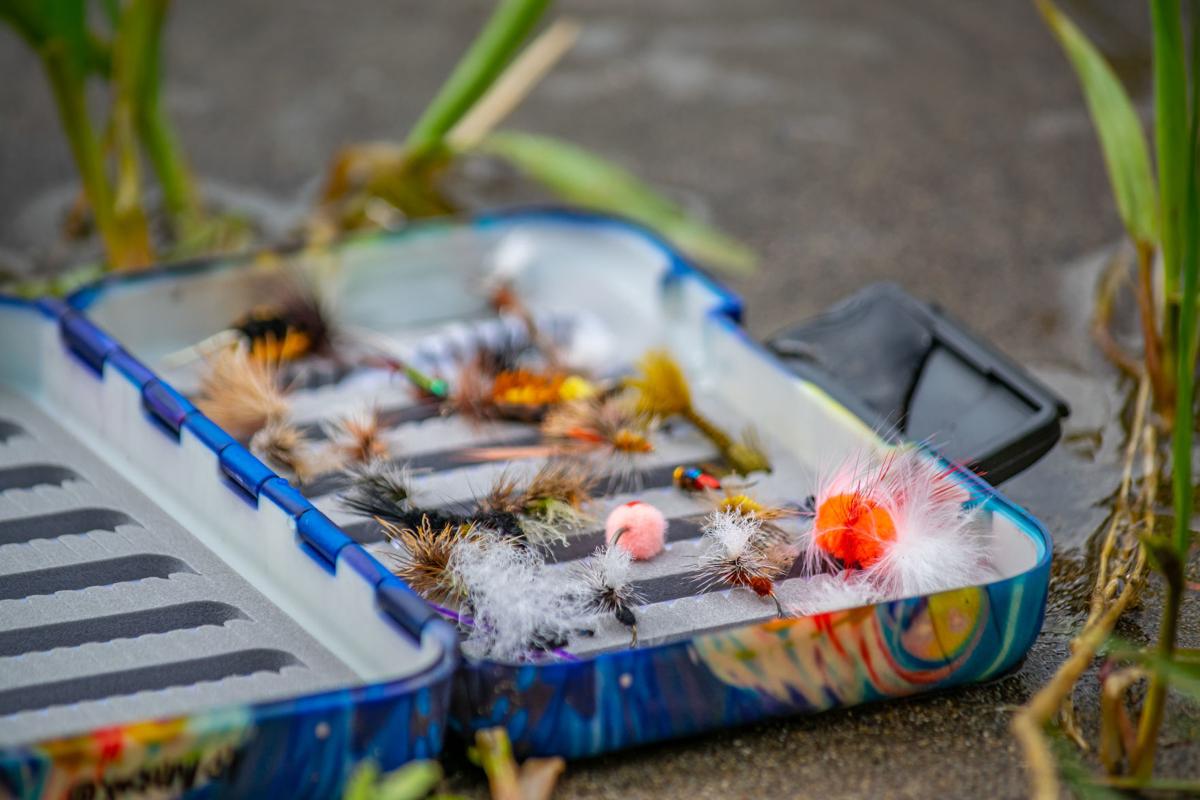 A box of trout flies. 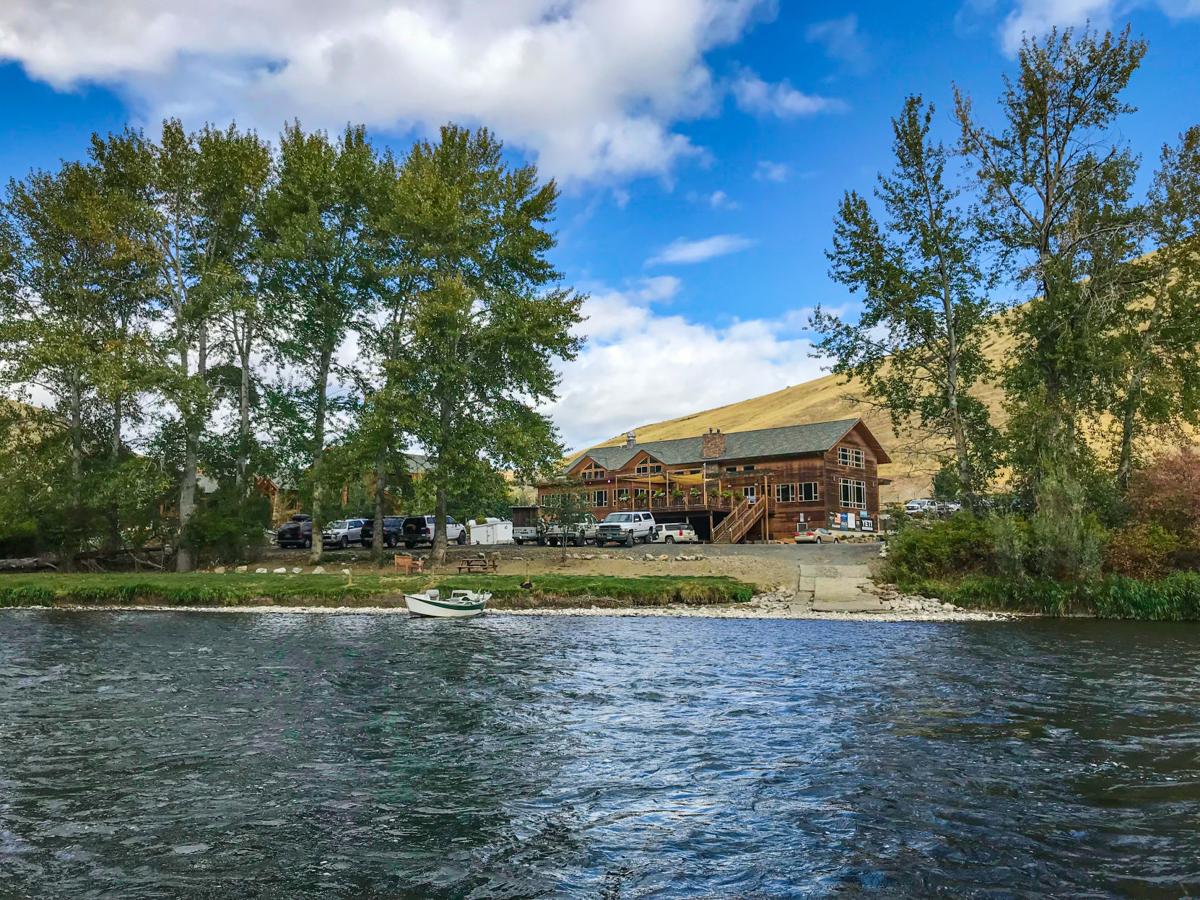 The Canyon River Ranch on the Yakima River. 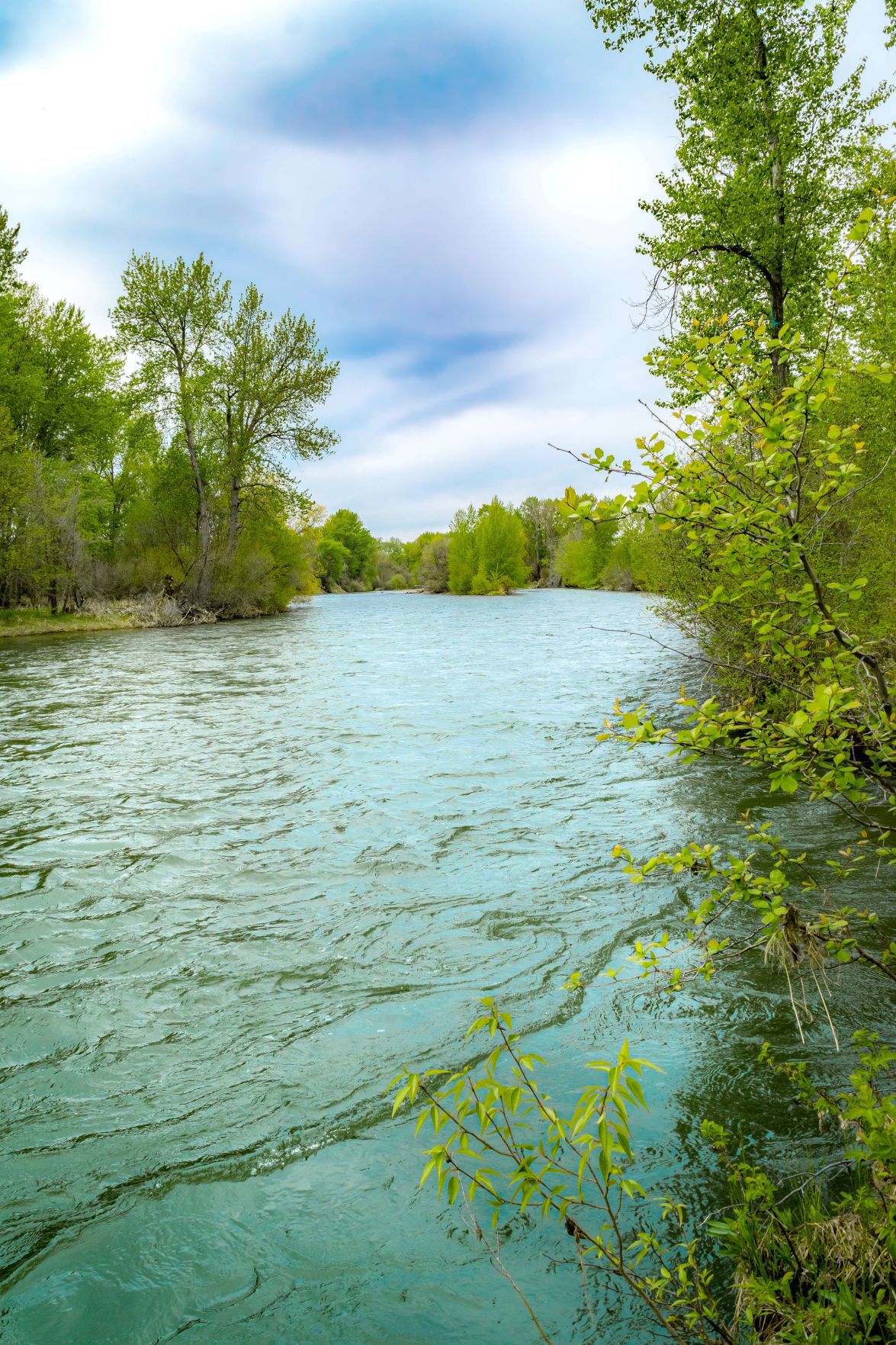 Tying a fly to a line.

A fly rod and reel.

A box of trout flies.

The Canyon River Ranch on the Yakima River.

As we continue to navigate this seemingly new normal due to the coronavirus pandemic, the desire to head outside for adventure is always present. And as an avid hiker, fisher and all-around outdoor enthusiast, I find myself yearning even more to put my new fly-fishing skills to the test.

I have been fishing all my life, but when I talk about fishing, I mean bait fishing. Growing up in Ontario, Canada, where pretty much everyone you know has a cottage to visit during the summer, fishing at my grandparents’ spot on the Crowe River was second nature. My grandfather, or Pappy as we grandchildren affectionately called him, devoted all of his time each summer to teaching us how to fish, and year after year, our need for assistance would dwindle and the fish we would pull into the boat would be larger.

By the time I was 9 years old, I knew how to bait a hook, cast my line, take a flopping fish off the hook and even row Pappy’s light blue rowboat across the river on my own. I lived and breathed fishing as a young girl, and I grew up spending as much time as I could on the shores of the Crowe River.

Fast-forward 20 years, and I had the opportunity to go fly-fishing along the Yakima River for the first in October. And even for someone who has been fishing their entire life, it was far more intimidating than I ever imagined.

Fly-fishing is, by and large, a male-dominated sport. An Outdoor Industry special report found that of those who partake in fishing, 64.2 percent are male and 35.8 percent are female. The gap increases when it comes to fly-fishing, with 70.4 percent of fly-fishers being male and 20.6 percent female. And the numbers seem to ring true for those starting to learn how to fly-fish as well.

I arrived for my lesson with Red’s Fly Shop at Canyon River Ranch at 10 a.m. My instructor seemed surprised to have a female under his wing that day, noting that the majority of his clients for lessons or guided trips are male or couples looking to do an activity together. I learned that some avid fly-fishermen even refer to female fly-fishers as “unicorns,” because of how unlikely it has become to come across a female on the river.

The lesson started with the ins and outs of casting on the lawn right on the banks of the Yakima River. Luckily, the lawn offers plenty of room to get a feel for the different casting methods,without the potential of hooking a rogue branch or getting snagged on a rock.

As I stood on the lawn, seemingly flailing my right arm with the pole, it hit me — there’s a finesse to fly-fishing that is unlike anything I’ve ever tried. Unfortunately, you can’t just throw the line into the water with a floundering worm and a bobber like I always have. Fly-fishing focuses more on utilizing the weight of the line, rather than the weight of a lure or another form of bait, to cast. It requires precise movement, and for some who have been bait fishing all their life, I was told the learning curve is a bit more difficult to grasp than someone who may be new to fishing altogether.

After a few more trial casts, it was time to apply what I’d learned. We got in a boat, seeking out the current that would best fit our needs. As it turns out, fish are quite lazy. So, when casting the line, it’s important think about how the fish may perceive the food. Because fish eat bugs such as mayflies, stoneflies and midges, fly-fishers use that to their benefit, creating flies that mimic the size, shape and color of whatever is hatching or living in that region and season at the time. For avid fly-fishers, learning entomology, or the study of insects, is crucial to their continued success.

Out on the river, my instructor pointed out that fish tend to hide by large objects such as rocks, waiting for the food to come to them, so casting in front of those objects can often be beneficial. On the river, I learned there are multiple lanes of travel for fish downstream, and where you cast should be devoted to those lanes. It’s also important to keep your fly moving, because fish know whether you’re trying to trick them or not. Of course, a sinking bug isn’t all too appetizing to anyone.

After a bit of time spent on the river, and not one bite, it was time to call it a day. But I certainly didn’t throw in the towel feeling defeated. The care, concentration and finesse that fly-fishing requires is unlike any sport, and the expectation of catching a fish the first day may be unrealistic.

Overall, I was proud to have stepped out of my comfort zone to try something new that day, and I can’t wait to get back out on the river to try my hand at casting again.