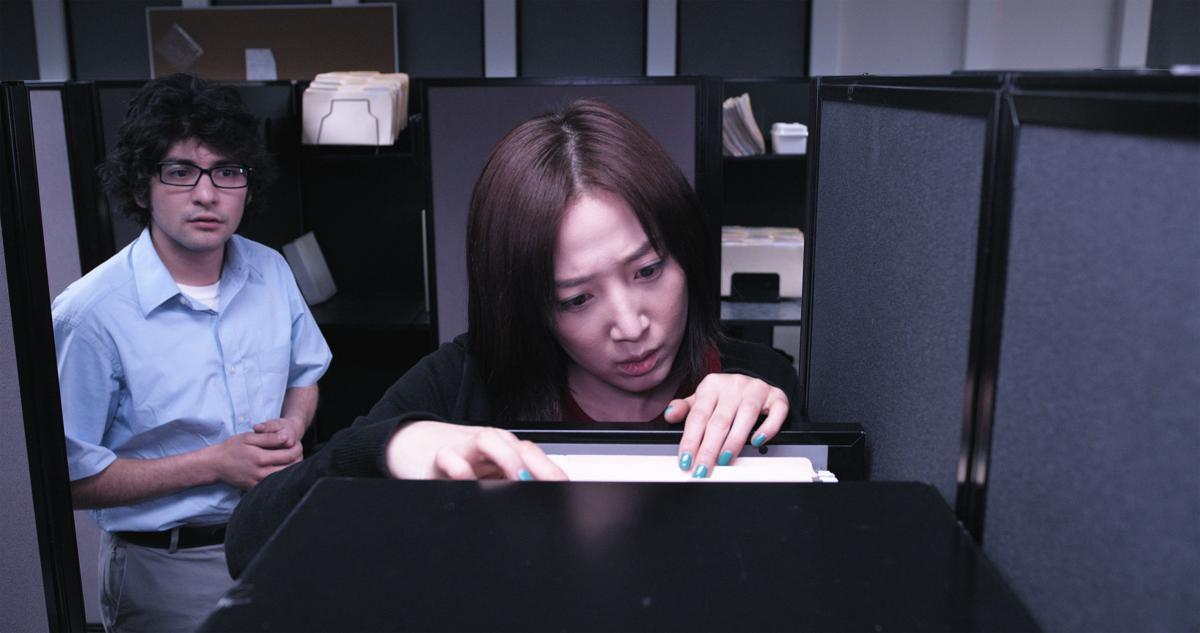 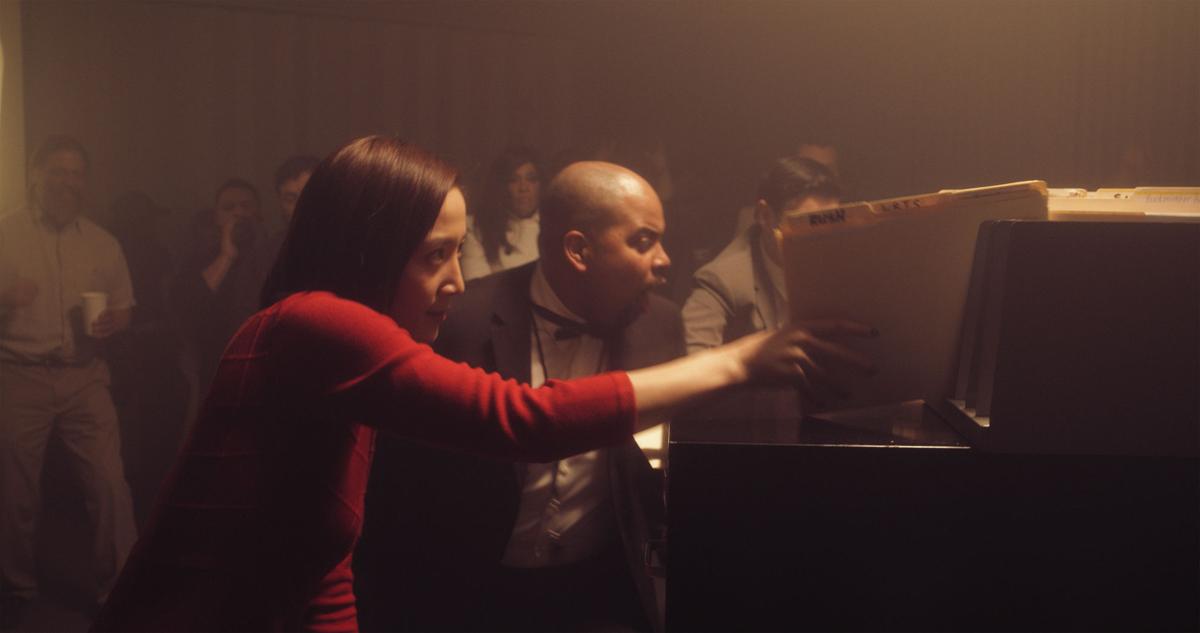 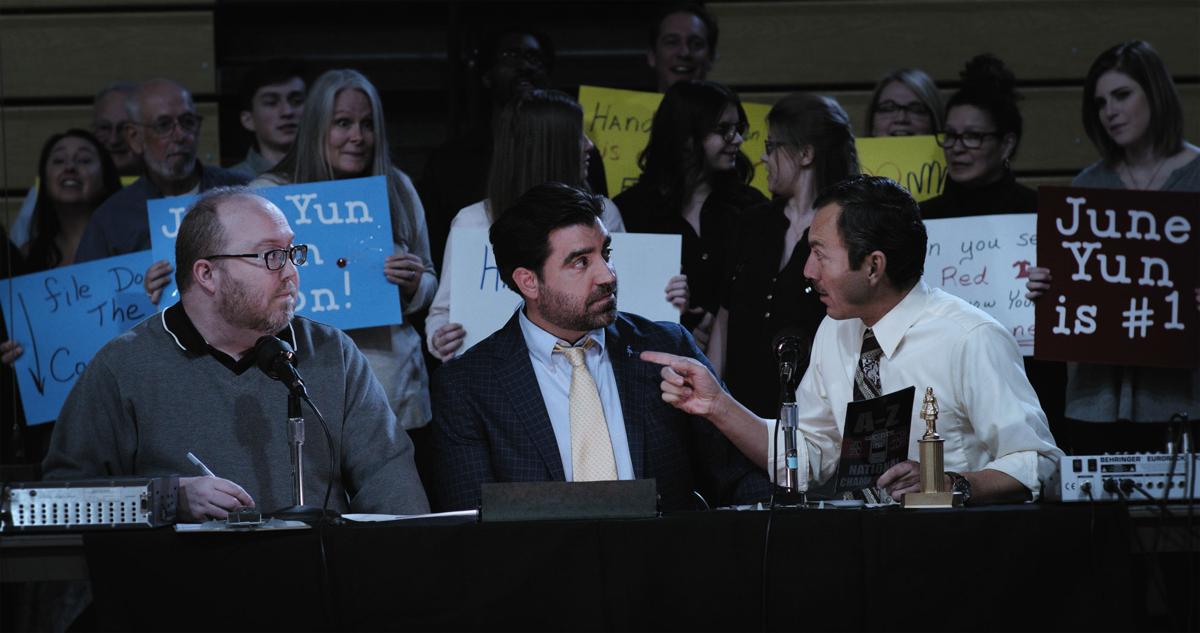 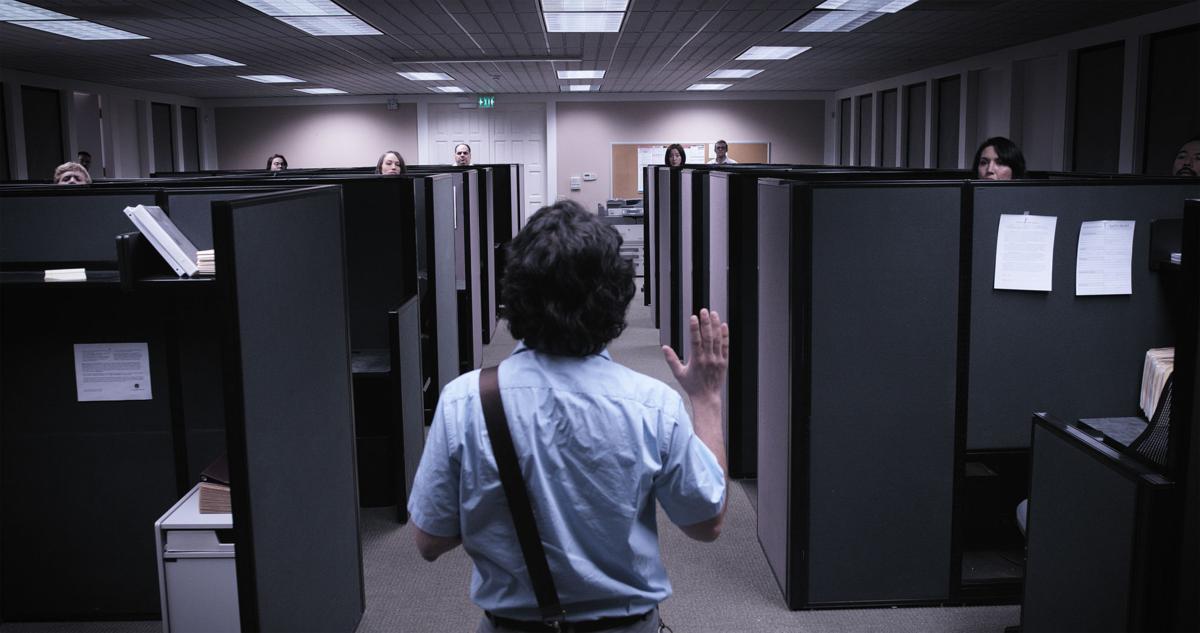 Diego's (Eli Vargas) first day on the job at Data Mart. Still captured at the office set in Yakima, Wash. 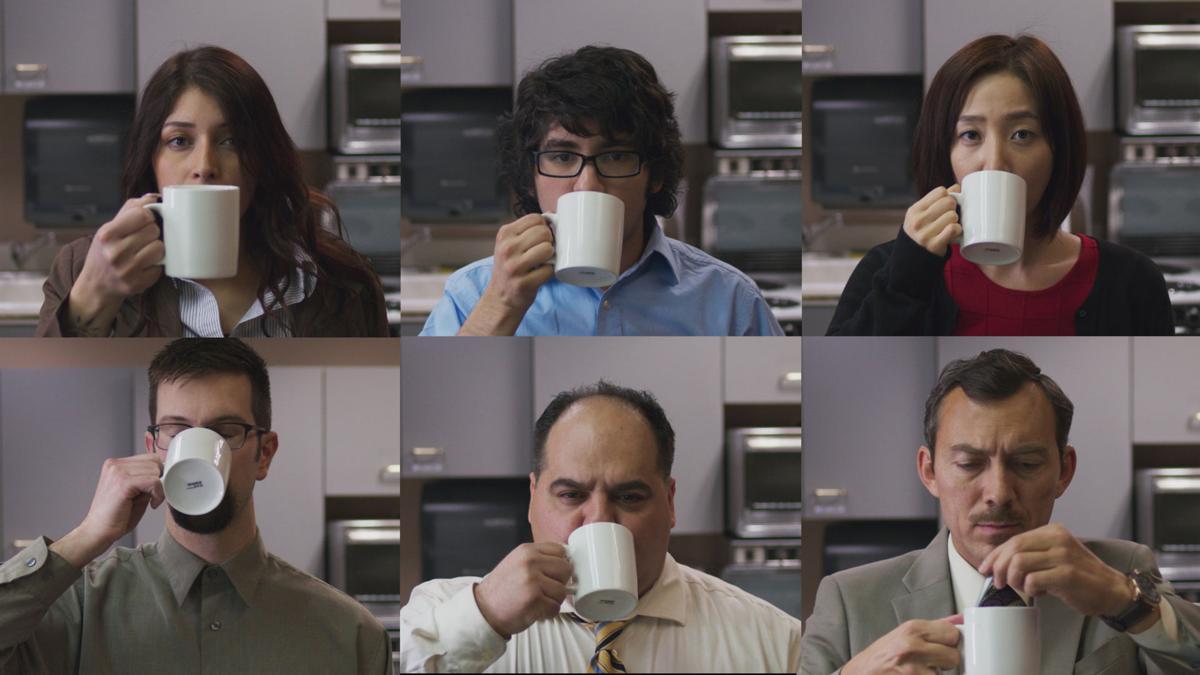 Diego's (Eli Vargas) first day on the job at Data Mart. Still captured at the office set in Yakima, Wash.

Know the difference between making a movie in Los Angeles and making one in Yakima?

Granger native Rick Castañeda, whose 2013 feature debut “Cement Suitcase” did well on the festival circuit before getting picked up by Hulu and Amazon’s streaming services, was back in the Yakima Valley earlier this year working on an upcoming feature, an oddball rom-com called “All Sorts.”

He and his crew were at Franklin Park shooting a scene that called for a tub full of water. Trouble was, they ran out of water. So, in the spirit of independent filmmaking, they decided to knock on some doors in the neighborhood.

“We asked one of the neighbors and it happened to be the mayor of Yakima,” Castañeda, 37, said in a phone interview from Los Angeles, where his production company, Psychic Bunny, is located.

So Mayor Kathy Coffey hooked the crew up with enough water to finish their work that day. That doesn’t happen in Los Angeles. In Los Angeles, where every waiter has headshots and every office temp has a spec script, saying “I’m making a movie; can you help out?” just doesn’t move anyone. In the Yakima Valley, it does. That’s something Castañeda encountered in 2011 when he shot scenes for “Cement Suitcase” in the Prosser and Zillah areas. And it’s a big part of why he came back to do another movie here.

“I was just amazed at the amount of support we got from the area,” he said. “Los Angeles is pretty saturated with movie-making. It doesn’t seem as special anymore, but in the Yakima Valley it’s still special.”

The cast and crew — both partially stocked with Yakima Valley people — finished filming in March and have embarked on a post-production fundraising effort with an eye toward a 2019 release.

“The Yakima Valley is filled with people who are creative, who want to put that energy into something,” Castañeda said.

Among them are people like Jesus Sandoval, an English teacher at Cats Academy, the alternative school in the Toppenish School District. Sandoval, who has dabbled in amateur filmmaking, helped out on “Cement Suitcase” as a script supervisor and costume person, saw his role expand this time around. As an associate producer on “All Sorts,” he helped with jobs like location scouting and casting as well as helping put the crew together. Signing up for another Castañeda film was an easy decision, Sandoval said.

“The Valley’s a small place,” he said. “So being able to help someone from the Valley accomplish their dream, it’s kind of a no-brainer.”

Like “Cement Suitcase,” a comic-but-heartfelt look at a wine-industry player whose life gets turned upside down, “All Sorts” will have some fantastical elements along with the comedy and pathos. It’s centered around a young man named Diego who, adrift and desperate for work, resigns himself to a life of cubicled monotony at a company called Data Mart. It turns out the company and its employees are, uh, weird. Very weird.

It also turns out that, through a secret door behind the office vending machine, Data Mart is home to the magical, high-stakes world of competitive folder-filing.

As these things do, this discovery leads to a tenuous romance between Diego and superfast folder-filer June. Whimsy and surreality ensue as the drab, workaday world of data entry collides with magic.

“People asked me what I was working on, and I’d say, ‘I’m working on a movie about a filing competition,” Sandoval said. “They’d kind of cock their heads. But in ‘Cement Suitcase,’ Rick has a couple of moments when he gave into his whimsical side. ... So when he’s like, ‘Hey we’re going to have this underground filing competition,’ it’s weird, but you know it’s going to work.”

The idea of magic sneaking into real life has always appealed to Castañeda. It’s a way for a film to create a sense of wonder and to raise the possibility that the ordinary world that surrounds us only seems ordinary because we take that wonder for granted.

“There are things in this world that are special if you just look at them in a slightly different way,” he said.

And, having lived the life of an office temp after graduating from film school at the University of Southern California, he figured that was ripe for a little magic. The idea for “All Sorts” was actually developed from as short story he wrote back then.

“I had to take a lot of temp jobs,” Castañeda said. “And when I started those jobs I worried that that’s what it was like for everybody — stuck in this monotonous job. To infuse that space with magic made me very excited. ... A lot of us have worked in those offices.”

That he succeeded in getting beyond that life — in addition to his labor-of-love features, Castañeda has directed and produced numerous commercial and creative projects for film and television — is something he doesn’t take for granted. Castañeda has funded scholarships for Granger students to attend the Centrum High School Writers’ Conference in Port Townsend and has made a point of reaching out to Yakima Valley students when he’s worked here. The way he sees that, it’s the least he could do after relying so heavily on the area for help with his films.

“Sometimes you feel like you’re just leaning on everyone so hard, it’s nice to see them get something out of it,” Castañeda said.

Maybe that’s something as simple as their name in a movie’s credits, or maybe it’s a kid getting to observe a movie being made as students at Toppenish Middle School did when the “All Sorts” crew shot there earlier this year. Sandoval, the Toppenish teacher who moonlights as an associate producer, made sure to send students toward the gym to get a look at it.

“It has the potential to be inspirational,” he said.

Are you ready for your closeup? Extras needed for movie shooting in Toppenish on Saturday

TOPPENISH, Wash. — A Granger High School graduate filming a movie in the Yakima Valley is lo…