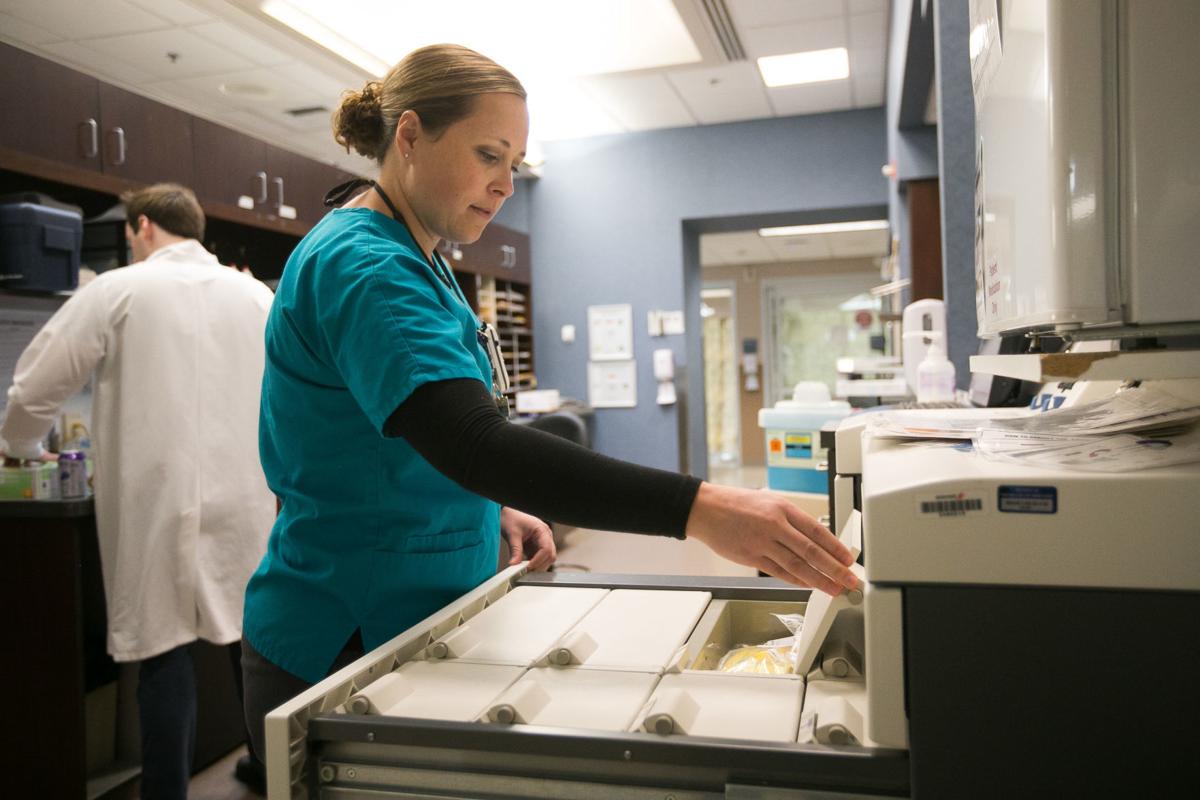 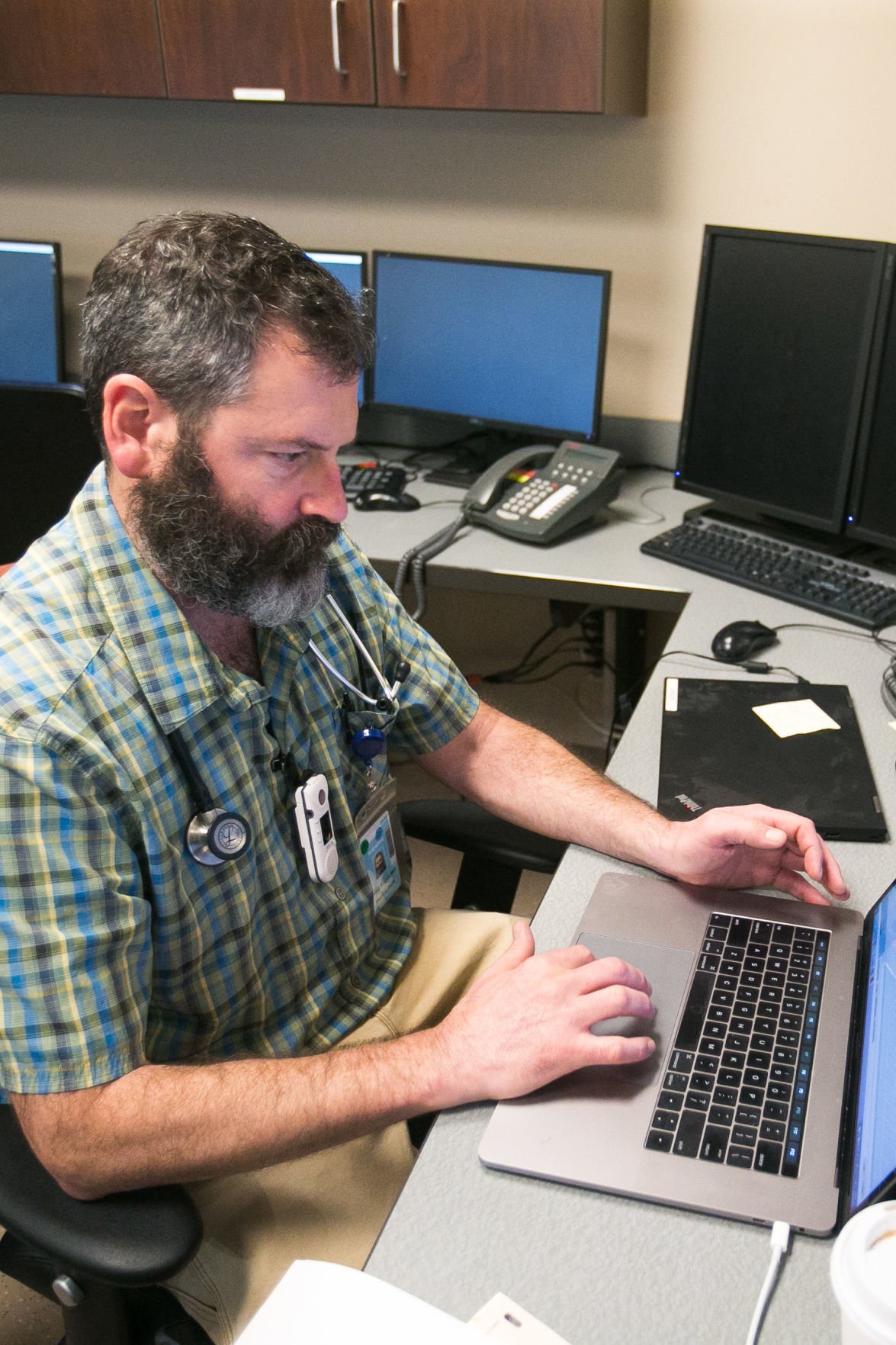 A spike in flu cases appears to be on the downturn after Yakima was hit hard with the illness in December.

But that could just be a blip, medical experts warn.

“We know it’s related to influenza — both A and B,” said Diane Patterson, chief operations and chief nursing officer.

While no patients were turned away, she said, emergency patients stretched into areas of the hospital that aren’t traditionally designated to the department to meet demands.

Nursing staff were rotated into shifts on an hourly basis for every daylight hour until 7 p.m. to ensure the hospital was able to keep up with surges in patients, said Kim Bersing, director of the emergency department.

At Astria Regional Medical Center, there were 224 positive cases of influenza A or B throughout the month, with five patients admitted, said Kelly Knoepfle, a registered nurse in the infection prevention quality management department.

“There’s a pretty good population of people in the Valley that don’t have a clinic — they don’t have primary care — so it kind of opens a can of worms for a whole bunch of other things,” said Knoepfle, explaining that for many people, the emergency room is their only avenue for care.

An undersupply of primary care providers in the Valley has long put a strain on local hospital emergency rooms. During flu season and other outbreaks, this is exacerbated.

To help absorb some of the volume of the Astria emergency room, the medical center had clinics open over the holidays to help treat people without primary care access, said Knoepfle.

Representatives from both hospitals said the spike in cases appeared to be on the decline.

Countywide, documented positive flu cases this season reached a peak of 249 cases in the first week of December, with positive results for over 40% of those tested, according to the Yakima Health District. The rate slowly tapered throughout the month, reaching a low of 103, or 24% of patients testing positive in the last week of the year. These records are collected primarily from Memorial and Astria’s Yakima, Toppenish and Sunnyside centers and are intended to be a guideline of flu trends, rather than an accurate representation of cases.

“We’re cautiously optimistic that the numbers currently this week appear to be going down,” said Patterson of Memorial. “However, we’re still seeing a significant number of patients here at the hospital, so we’re prepared. We’re staffed to make sure that we can care for the community.”

She added that children under 12 have been temporarily restricted from visiting admitted patients, as well as visitors exhibiting fly symptoms, to prevent the continued spread of the virus, something the hospital planned to lift once the county’s flu rate maintained a steady low.

“We really don’t like doing that, but we’re so committed to ensuring safe care of our clients,” said Patterson.

Last year, a spike in flu cases hit the Valley in March. With an early season spike this time, it’s possible the Valley could see another jump in cases, making continued prevention efforts necessary, experts said.

“We’ll just have to wait and see for the rest of the flu season whether we see another spike,” Knoepfle added.

Medical experts at both hospitals offered some tips on how to stay healthy, prevent the spread of influenza and best treat it, if symptoms arise.

“When people start to get sick with the flu, we recommend that they stay home, drink plenty of fluids, get rest,” said Bersing of Memorial. Should they experience significant difficulty breathing or the inability to get their fever down, she recommends they contact their primary care provider or a clinic for advice.

If symptoms don’t diminish, “in those cases, we’re here to serve them,” said Patterson.

Knoepfle added that people with other conditions like asthma, diabetes, respiratory problems, cancer or who are otherwise immunocompromised should come in to get checked out if they begin experiencing flu symptoms.

“Typically, it’s younger people 18 and under that are at the greatest risk of developing the flu in the first place — not necessarily being admitted to the hospital,” she said. Generally, those with other conditions are who need medical treatment in the case of the flu. “Insult to injury pushes them over the edge, and they need that help.”

Statewide, there have been 19 flu-related deaths so far in the 2019-20 flu season, including two children, according to the state department of health.

To prevent the flu?

To avoid the flu, “we recommend vaccination at any point during the year, and as always, washing their hands and covering their mouth from coughs and sneezes,” said Patterson.

Knoepfle echoed steps to ensure good hygiene. But if you catch the flu, drink fluids, rest and take Tylenol to control fevers, she said. Also, she said, remember that those with the flu virus are contagious a few days prior to showing symptoms and as many as 5-7 days after the onset of symptoms.